(This never posted. It gave me errors and I forgot) 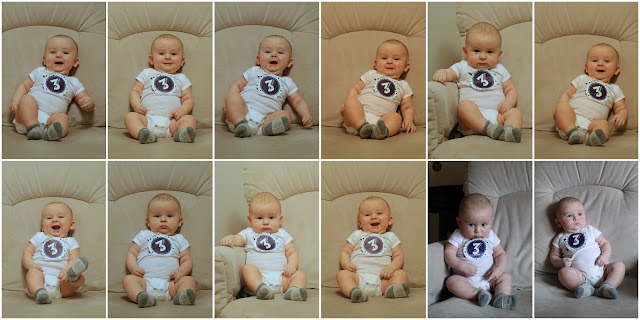 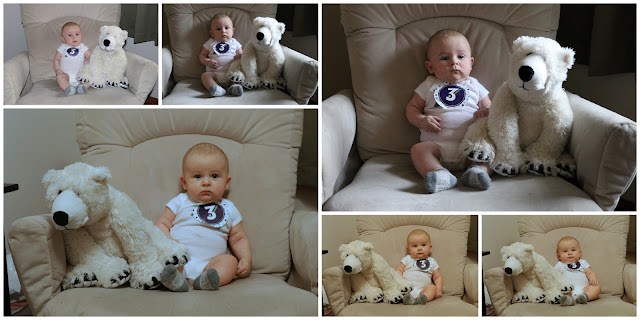 Sleep
He has some good days/nights and some bad days/nights.  I've noticed that when he naps like crap, his sleep at night is usually better than average. Except he had 3 bad days in a row of both and I pretty much couldn't function.

He has a long chunk of sleep following by 1-2 chunks of sleep unless he slept 10 hours. If he is up at 5:30 he goes back to sleep but if he's up at 6 he stays up. That's annoying. When he's awake in the morning it's for about 2 hours.  Then the napping ranges from a 20 min nap to a 2 hour nap. He will often be awake for a few hours between sleeps. Rarely does he sleep, wake up, eat, sleep again. Usually there's an awake time in there.

In the evening he was liking to start eating at 7:30 and go to sleep but the last bit of the month, that was not the case. For quite a few days he'd go to sleep near 8 but then was awake maybe 3 times before midnight. It was NOT fun.

He has quite a few days where he's in a phase where he'll only nap while nursing so it's no fun for me.

He has started to stay awake for 1-2 hours when he's awake in the middle of the night.

Eating
He eats for between 2 and 4 hours a day but most closer to 3.

Sometimes he nurses often if he had a short nap. Oftentimes he will wake up and not need to eat right away and that's so nice.  There have been a few times he has nursed and not fallen asleep for a bit too. It's nice to not have to get him to sleep via nursing. It's nice when he's out that he doesn't freak out to nurse often.

Miles has issues nursing in public. He gets too distracted.  There are plenty of times at home he will refuse to nurse until I relocate to his room. It's difficult with Ella. I can't believe how tricky he is like that. Also sometimes he won't even nurse if he's not swaddled. 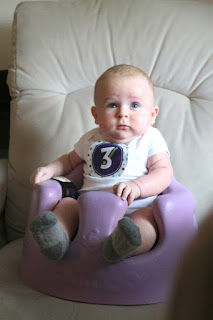 Sample Schedule:
I feel like it changed about 4 times throughout the month.   There were quite a few nights that when he went to sleep for the night the first time he woke back up again later.

Around 7:30, he likes to start nursing to go to sleep. He will wake up in the night once or so and then go back to sleep. Most of the time he's awake for 1-2 hours.  If he's awake at 6:30, we go out into the living room to play on his play mat instead of staying in his room to try to get him to sleep.  He will just get down to go to sleep often times when Ella wakes up.    Throughout the day it's so scattered based on how long naps are and if we have to leave the house.  I'm guessing he takes about 3 naps a day. I have data to look at but who has time for that!  I notice he naps better on days Dave is home.  He's better at bedtime if I can step away from Ella near 6:30 to nurse him. Then he will tolerate sitting through dinner while I get him to last until 7:30.


Special Moments:
On November 11, Miles rolled over for the first time.  He rolled over 3 times total!
On November 14, Ella scratched Miles at preschool and he bled!
On November 18, I held him up to sit at the piano to play.
On November 21, he slept all night. He slept 9 - 7 so I actually got some sleep.
On December 6, he rode forward facing in the double BOB for the first time.
On December 8, Ella hung on the stroller and flipped it and Miles flipped out. He was just sitting in there since we were packing up in the room before heading to the car.
On December 9, Miles went on his first walk in the single BOB (in the carrier).

Development:
He grabs his hands now. He will grab and hold onto his toys more when on the piano play mat. Miles smiles all the time until the camera comes out and then he's Mister Serious.  He smiles when people talk to him. So far he has let anyone hold him but sometimes he starts squirming if he can't see me at the same time.  I think his startle reflex is gone. 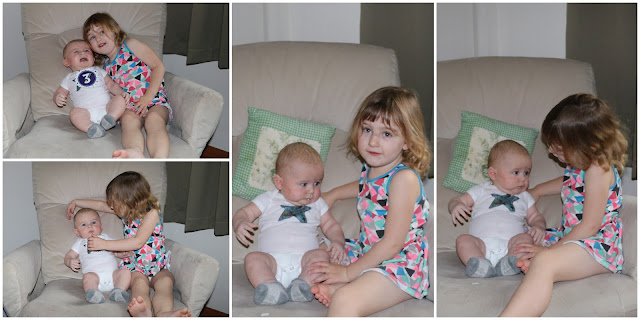 Other Tidbits:
Likes
He likes to get swaddled.
He likes to be swaddled while sleeping.
He likes Dave to give him his nighttime swaddle and if he's not home then he's miserable until this takes place.
He likes to watch TV.
He likes to just look at himself in the mirror on his play mat for awhile.

Dislikes
He doesn't like car rides. (He might be at half and half for disliking and tolerating car rides. )
He hates to nurse when not swaddled.
He doesn't like nursing around other people.
He hasn't really liked walks in the stroller. 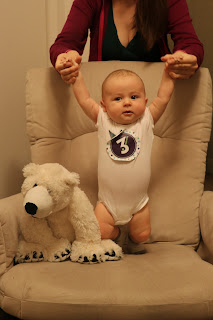 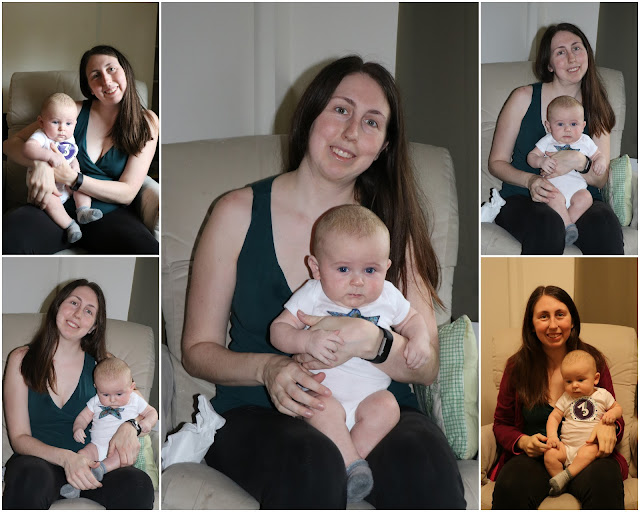 Favorite Songs
none yet

Favorite Books
none yet

Other Tidbits
Miles still has cradle cap. His skin is also really dry. His forehead, arms, and legs. I put lotion on sometimes but probably not enough.   He's also wearing off his hair in the back just like Ella did. So much sleeping on his back and rubbing his head I guess.
My recovery
I weighed myself this morning and I have 28.7 lb to lose!

My knee is a lot better but still not the best. I have been able to go for walks at least.

I get a couple good weeks and then a couple bad weeks where I get exhausted. I can't believe he's had almost half his days with sleep greater than 8 hours and I've never been so exhausted.
at 10:31 PM