I was so so so so so tired. Miles woke me up at 3:30. He had issues going back into his crib and then I fell asleep nursing him again. I was so stiff when I finally got up. I got to my bed at 5.  Then he woke up at 7.

I had the weirdest dream. It involved moving. I was moving out but I had to go up flights of stairs to exit the house so you had to carry stuff up stairs to leave.  I had movers but stuff that wasn't packed got left so then I was filling duffle bags and carrying that up myself. But I didn't have enough duffle bags so I'd fill the duffle bag and then dump it in the car and take the duffle bag again and fill it.  I was filling my parents van with junk this way too. I didn't have kids and wasn't married either.   Then when I woke up when Miles was waking up I typed to my mom about it telling her it was like my gram's house with the entering the house up on the top level.  When I went back to sleep, then I was sort of back in the dream except this time I had Ella and we were going back to the house to check it out to make sure we got everything. Ella found secret stashes of pots and pans and this house was actually my gram's house and we had lived there after her. So the stashes of pans were grams and I was saying "oh I always wondered where she kept those." 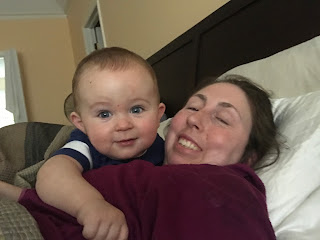 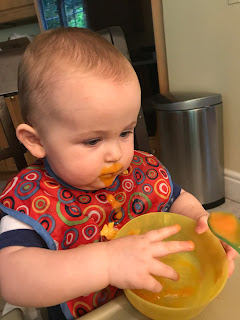 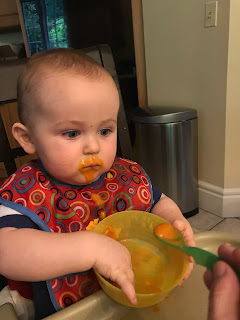 We played a little bit then it was time for Miles's nap.  He was asleep around 10:30. I was hoping that was enough time for him to wake up on his own before we had to leave for the birthday party. (It wasn't.)

Ella was being content on her own eating or using her ipad so I spent time unpacking and cleaning.

I tried to eat lunch before leaving for the party but failed but at least I got a little bit eaten. 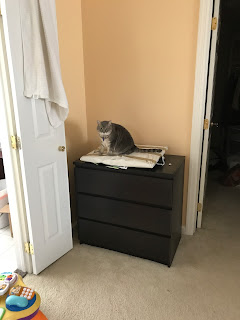 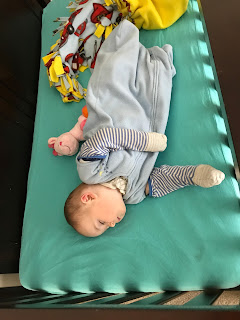 Sadly I had to wake Miles up to go to the party. He was so cute when I went in to wake him. Usually if I go in to wake him, the door will be enough to wake him but not this time. He was sound asleep. 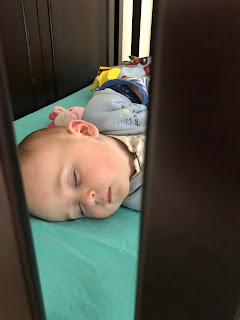 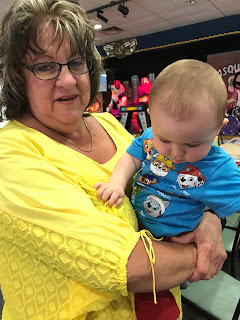 We left a few minutes late to go to Chuck E. Cheese.  Ella had fun playing games. I totally missed her playing all games. I was dealing with Miles and talking some and she played them all so quickly.  Dave played with her and he didn't take a single picture. 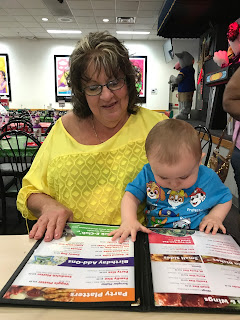 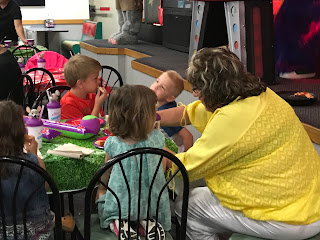 Ella didn't want to sit at the table with all the kids unless Aunt Elaine sat over there.  So they both did.

When they did some song routine and asked kids to repeat a chant, Ella was the first to join in but then once nobody else was doing it, she stopped. 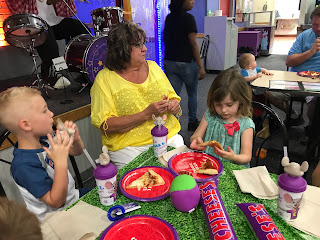 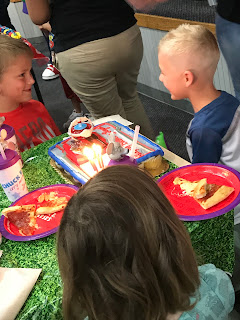 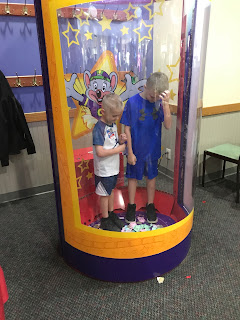 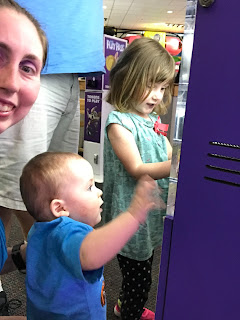 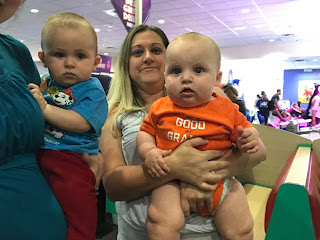 We left around 3:45 before Ella had a melt down. She already was. She wanted more games. She found more tickets but Dave just gave them to someone cashing in tickets since it was just a couple.

Ella fell asleep on the way home. Then Miles fell asleep. If the ride was 2 minutes longer, I would have fallen asleep. I was so tired.   Dave and I ate and then Miles woke up.

We left Ella in the car with the doors open and unbuckled her. So as soon as she woke up she could come in and she did. It worked well.   I just wanted to go to sleep. 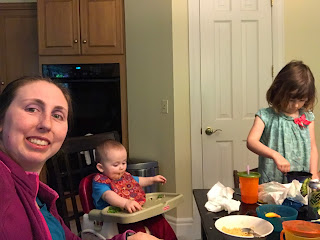 Once everyone was awake I fed the kids.  I just wanted to go to sleep. Dave napped on the couch. I was still dealing with them eating. Ella was pretty good but Miles was whining for different food or to be fed or for water or whatever throughout. 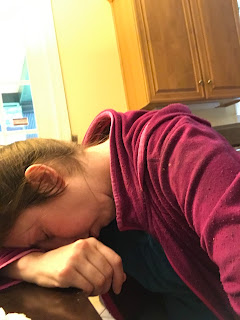 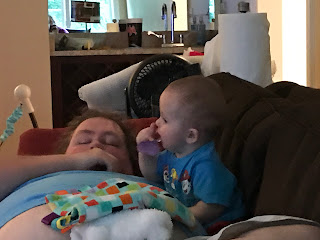 Then it was time for Miles to go to sleep. I got him to sleep and wanted to go to bed. It was close to 8 PM and I needed sleep.  But I was hungry for a snack so was going downstairs for that. Plus Miles bit me and I wanted some ice. I also felt bad for Ella just in the family room alone while Dave was in his den.  Then I felt extra bad for her because her ipad died so she couldn't even use that.  Then I got stuck downstairs with her until 9:40 when I finally made Dave stop for bedtime routine. Ella was mad she didn't get to lie with me in bed. Over an hour earlier I did tell her I was going to sleep and she could lie with me if she went to bed right then. She was willing but then we had to clean up and stuff first and then we started playing so more time passed.

I was up so late that I was getting a second wind. That's what I always do. Also I keep thinking about all the stuff that needs to be done and it sucks.

Once I was in bed it took awhile to fall asleep. I was probably up until 10:30. That's way later than I wanted but earlier than I have been able to get to sleep.
at 6:04 AM