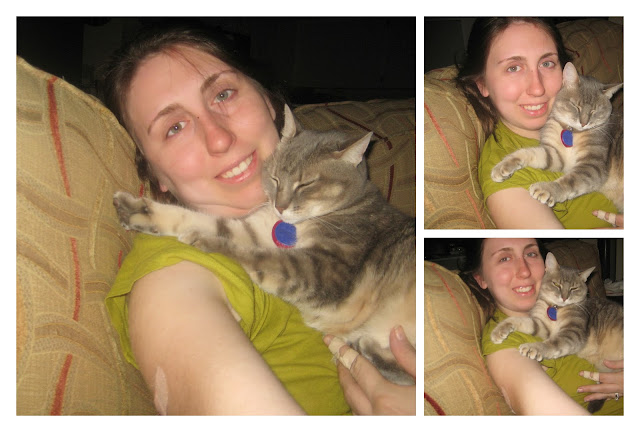 Not only does Poly like me a lot more now but when I take pictures google not only makes animations of a bunch of pictures in a row but google created this collage! 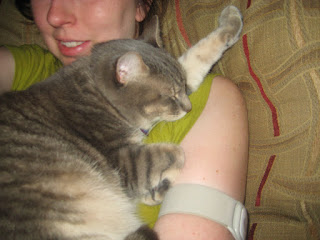 I tok quite a few pictures but 3/4 of them had half of poly's face cut off. It's hard to properly aim a camera. Google really did pick the best 3 pictures. There were a couple pictures that showed Poly facing the other way.  She started on my left shoulder and started to get up. I thought she was ditching me but she was just repositioning to face the other way.

The one weird thing about the collage is the outside border is thicker than the inner borders. I thought it would at least be consistent with the borders that you can create when you use their picasa software.
at 8:52 AM

Email ThisBlogThis!Share to TwitterShare to FacebookShare to Pinterest
Labels: Poly