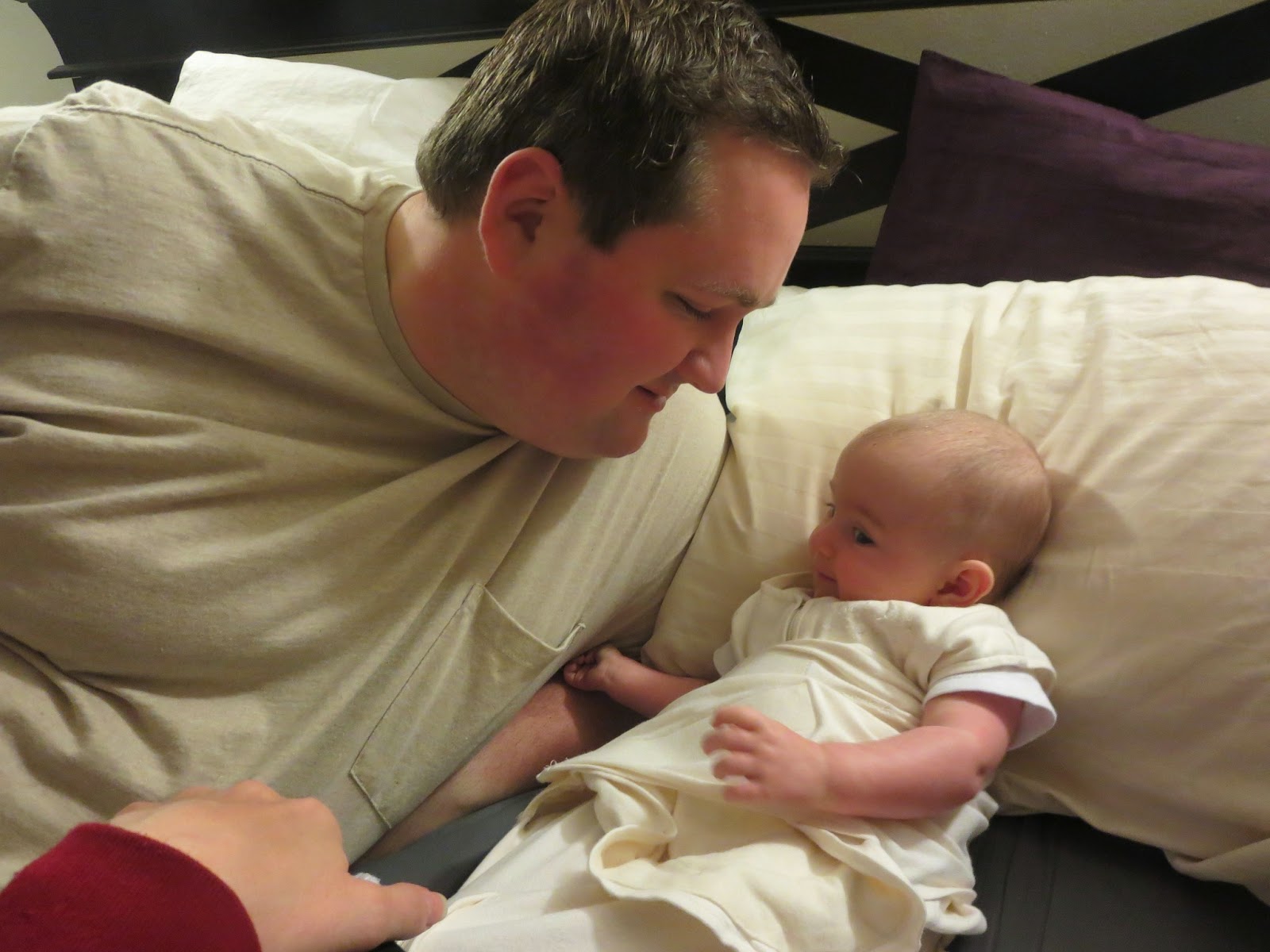 Ella woke up around 4 AM. She was starving. Then when she went back to sleep she let me sleep in. She didn't wake up until 7:50. She almost didn't get any time to play with Dave in bed. Dave was already ready for work when I had him hang out with her. Then he said I tricked him because a half hour passed. 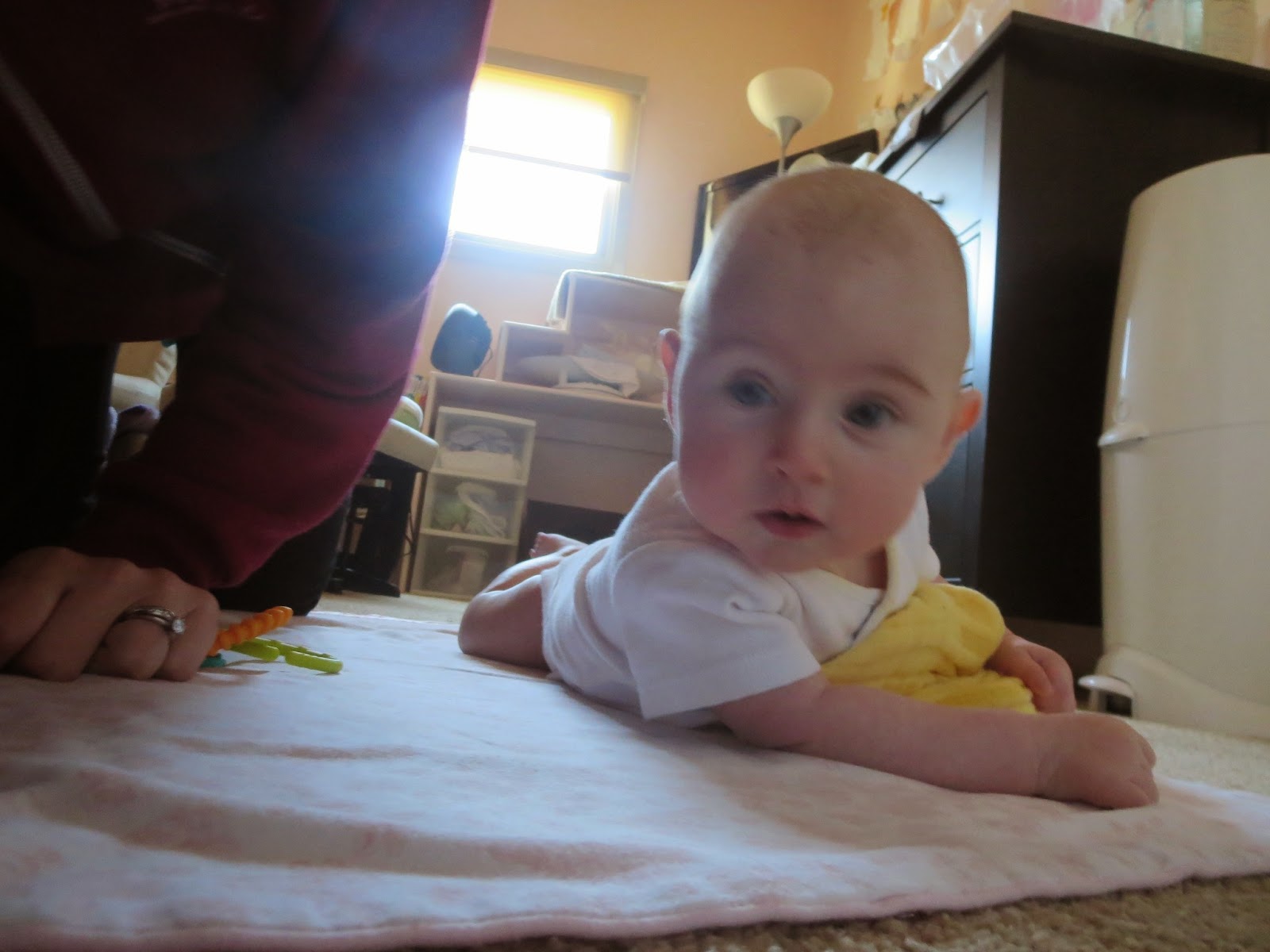 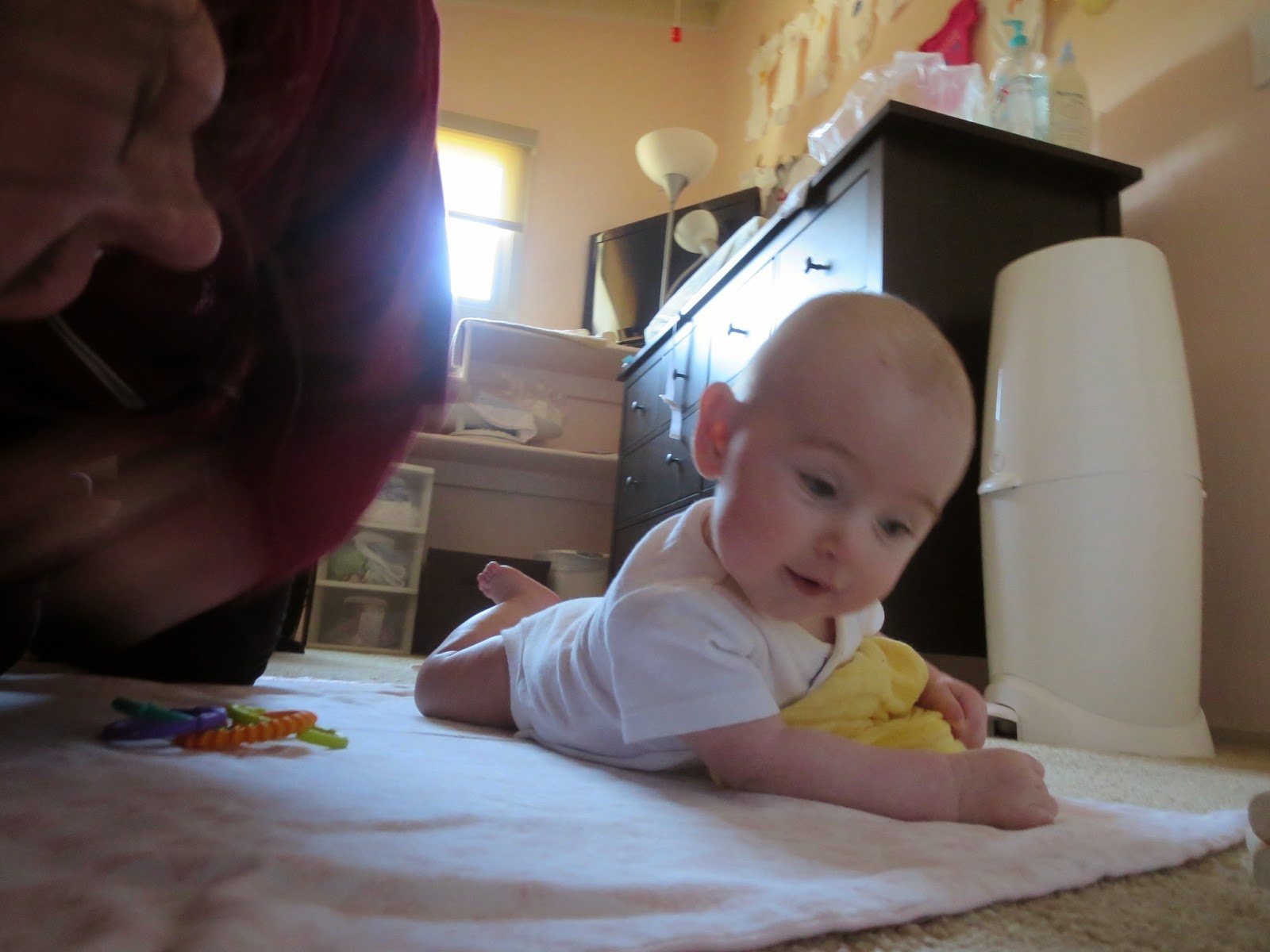 She played so much after. She was squealing in delight so much. She even rolled over just for kicks without my prompting. I had her on the floor on a blanket, while I opened the box of wipes and diapers and put them away.

Her next nap was at noon. 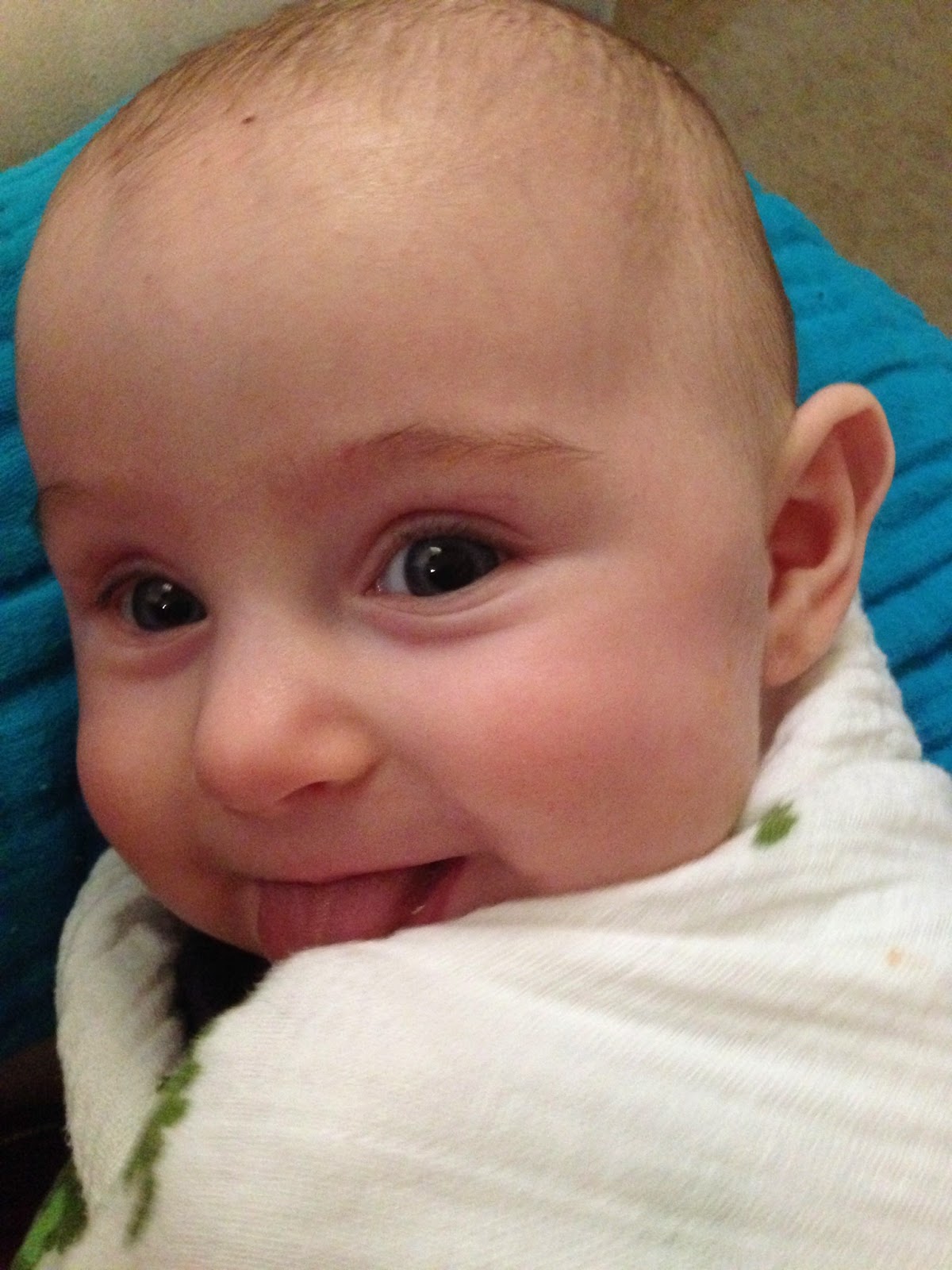 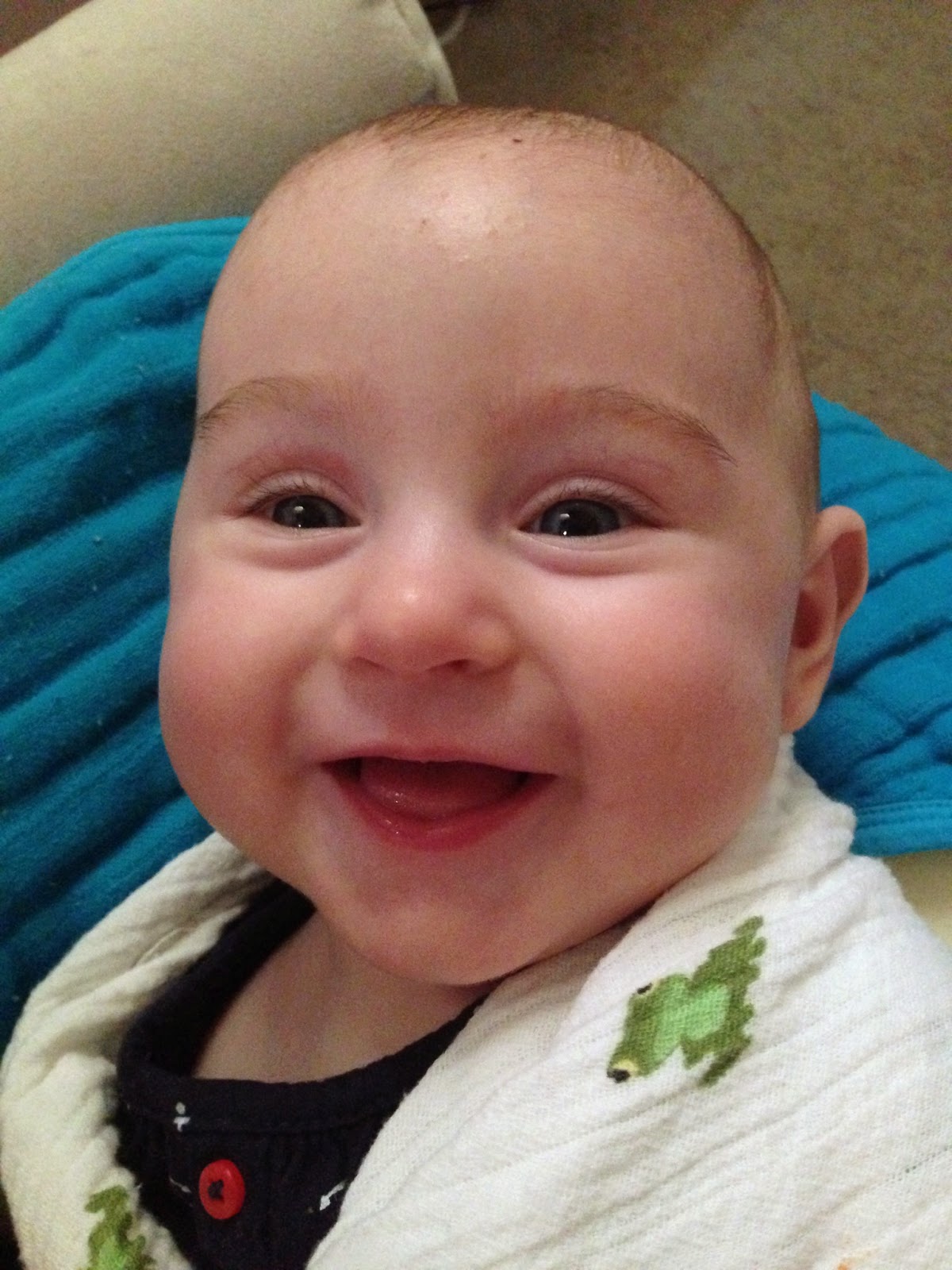 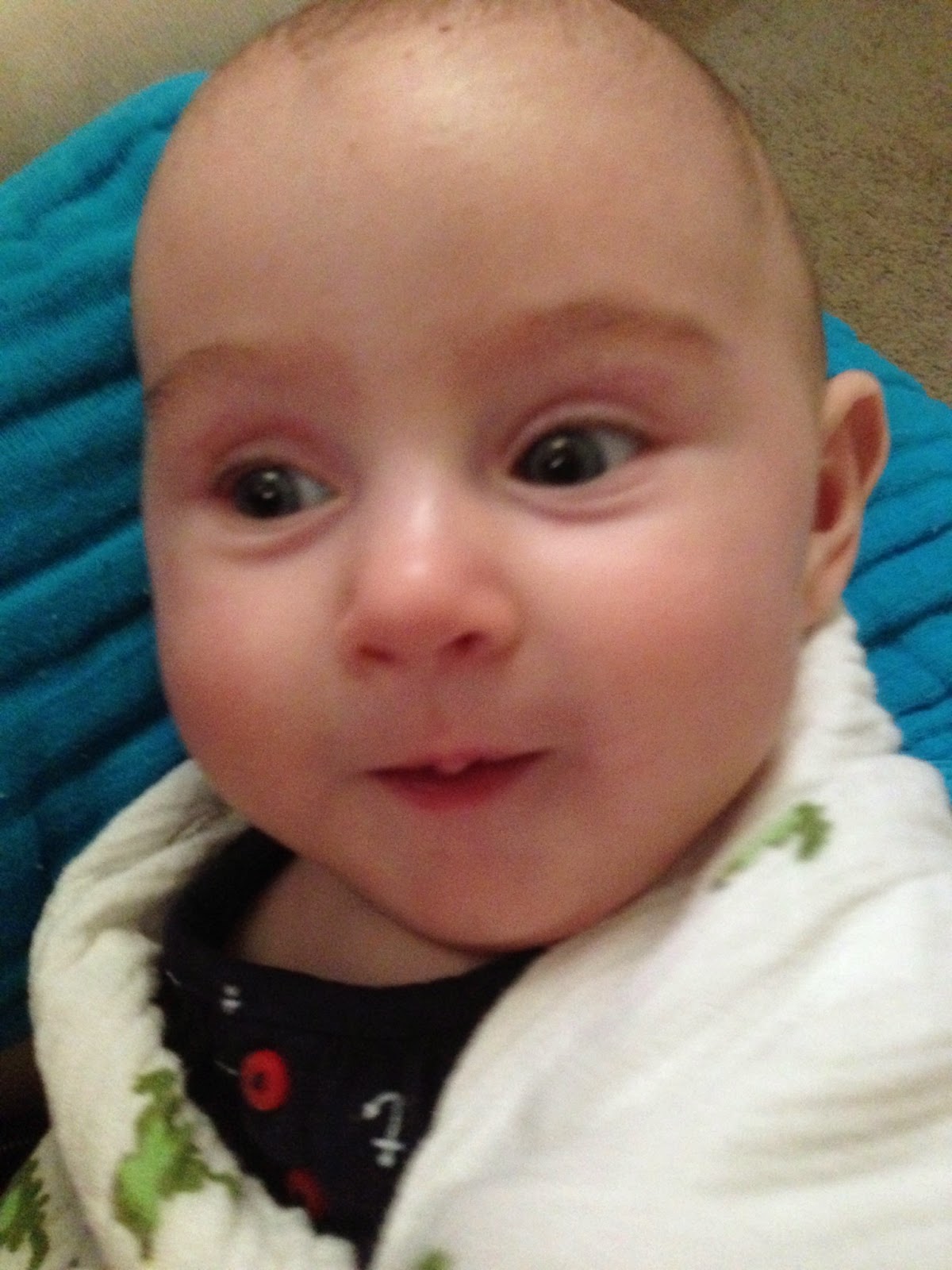 I was trying to figure out how many times she naps during the day. I was looking back at old data and think it's about 4 times but usually 1 time is 10-20 minutes either on a walk or in the car.  Some days there are 6 shorter naps.  I need to get this more consistent.  I also constantly hear advice to never wake a sleeping baby but I disagree with that. We wake her up at 8-8:30 numerous nights so her "nap" isn't too late at night to ruin her ability to go to sleep for the night.  This has happened more recently now that we get out more and her nap times are delayed or moved entirely. 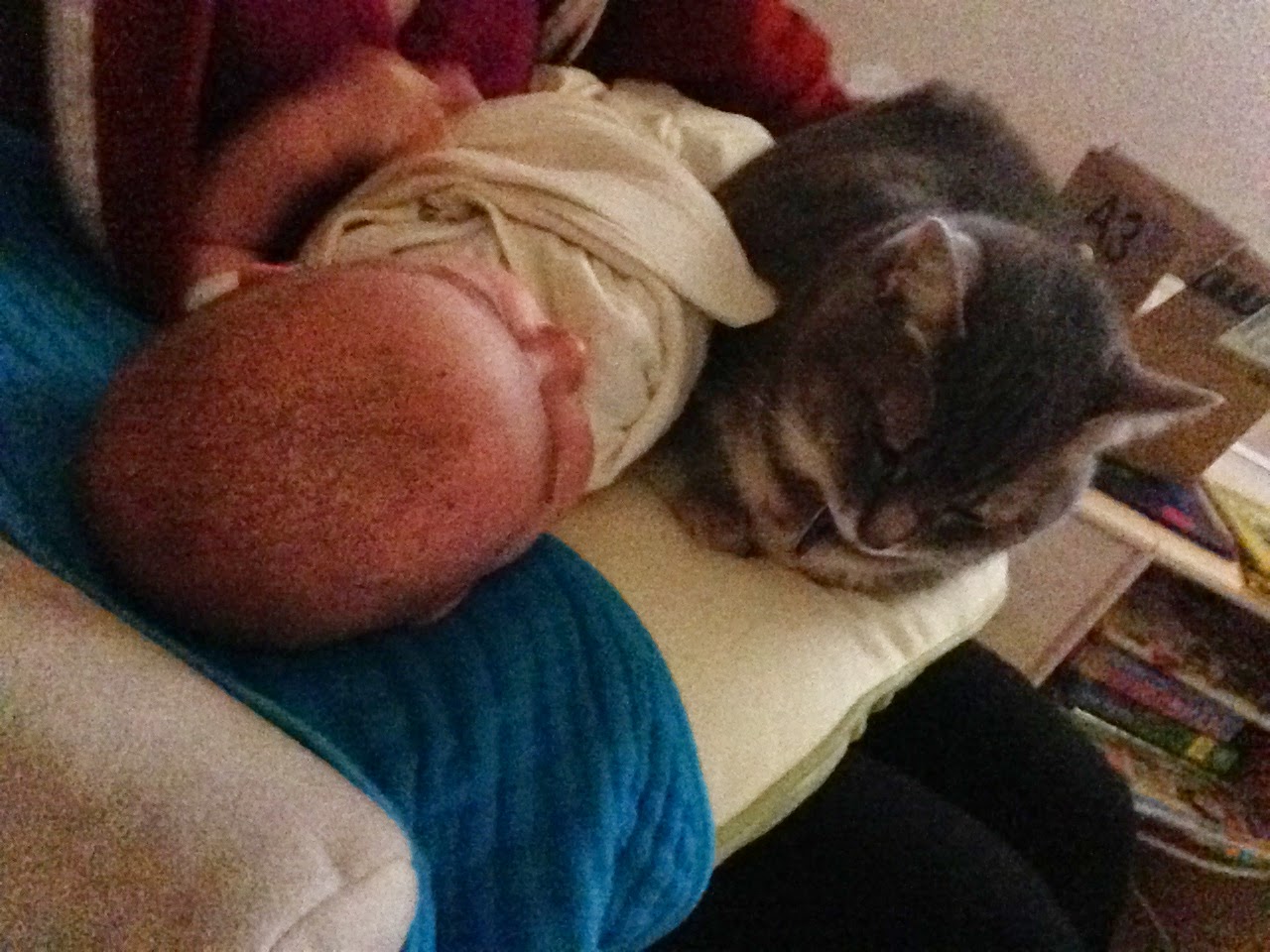 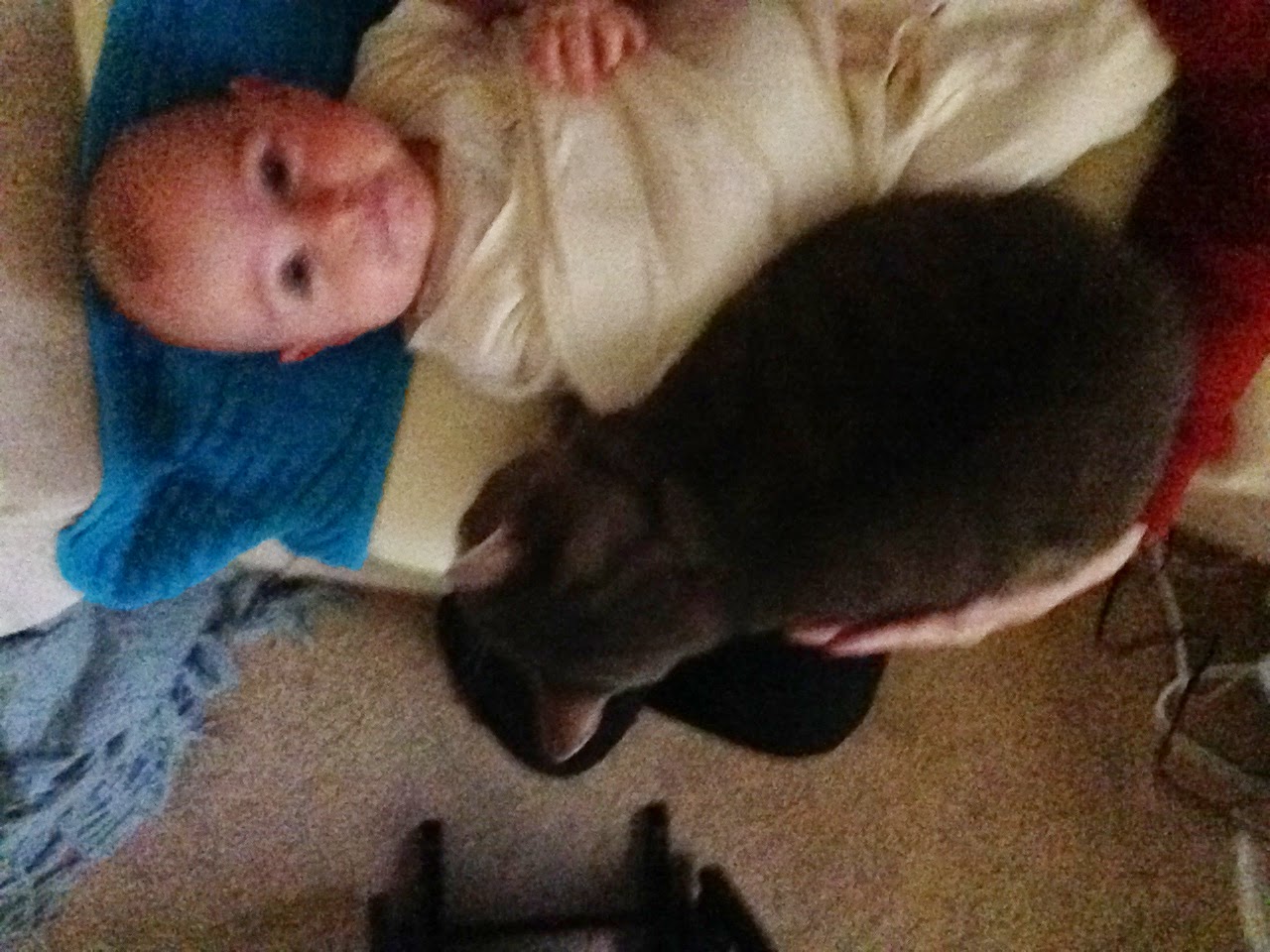 That's all I wrote for the day. 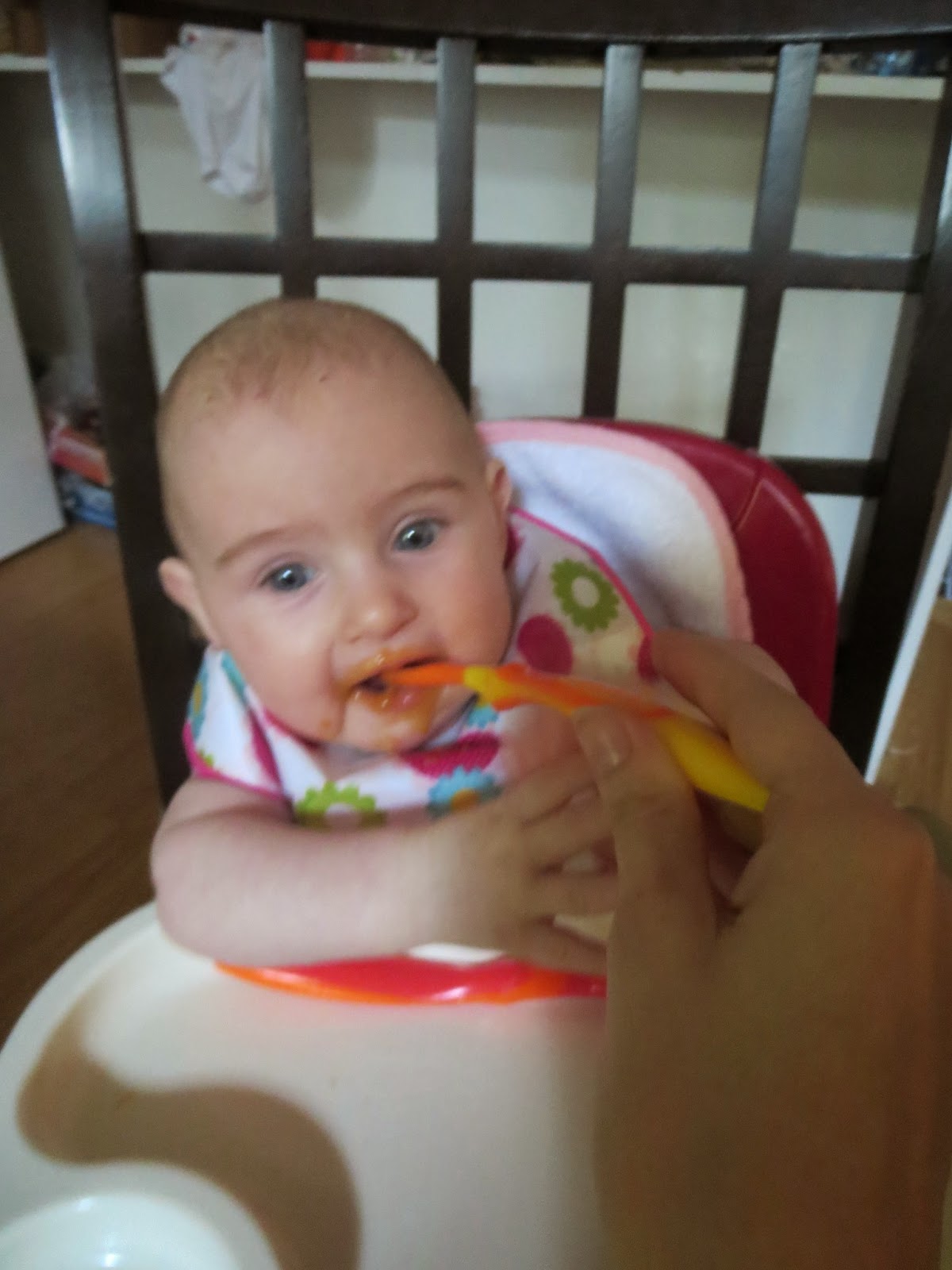 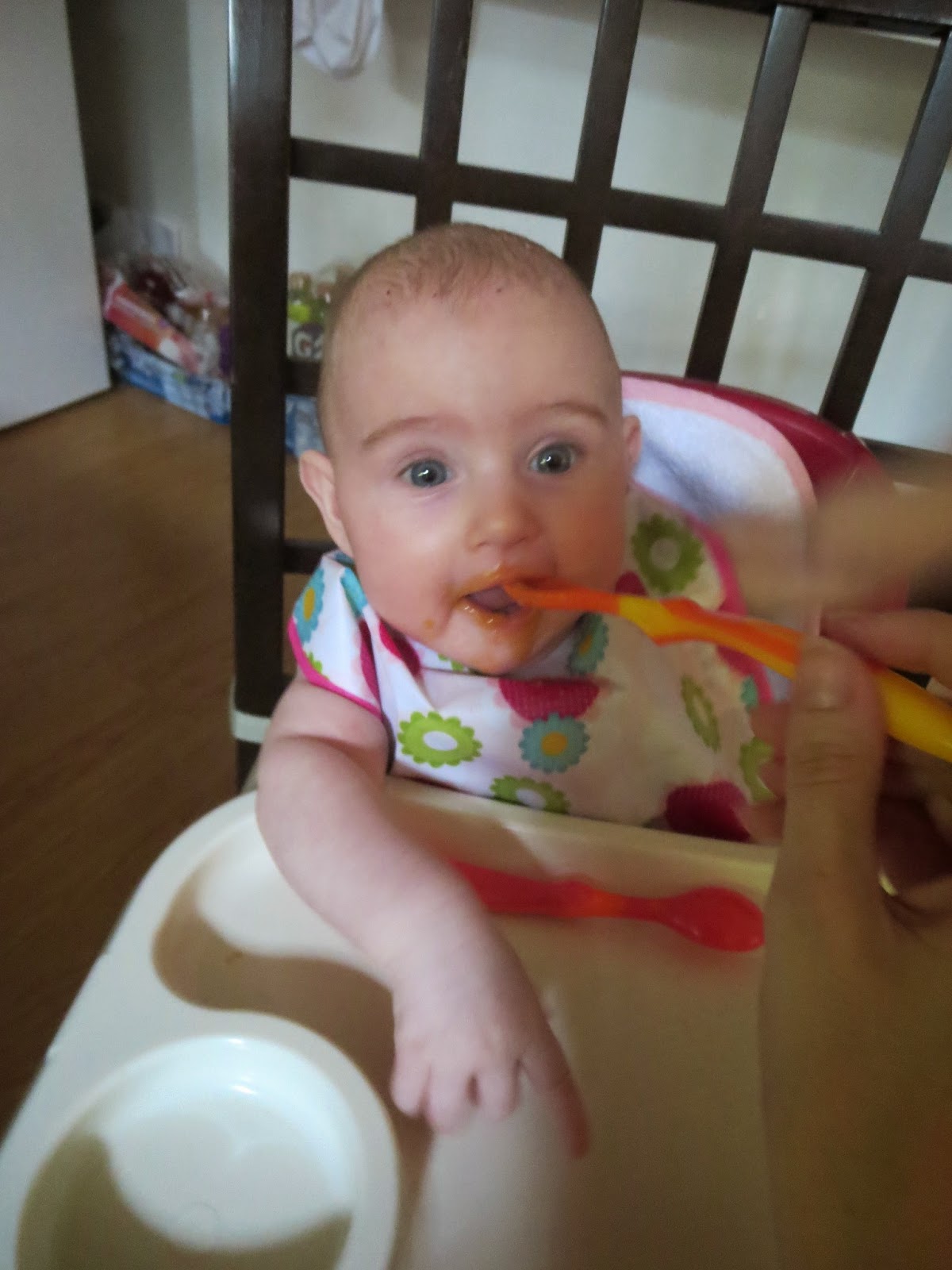 Look Ella is pretending to eat just like Daddy.
at 8:49 AM