Ella slept in.  It's funny that sleeping until 7:05 is sleeping in. 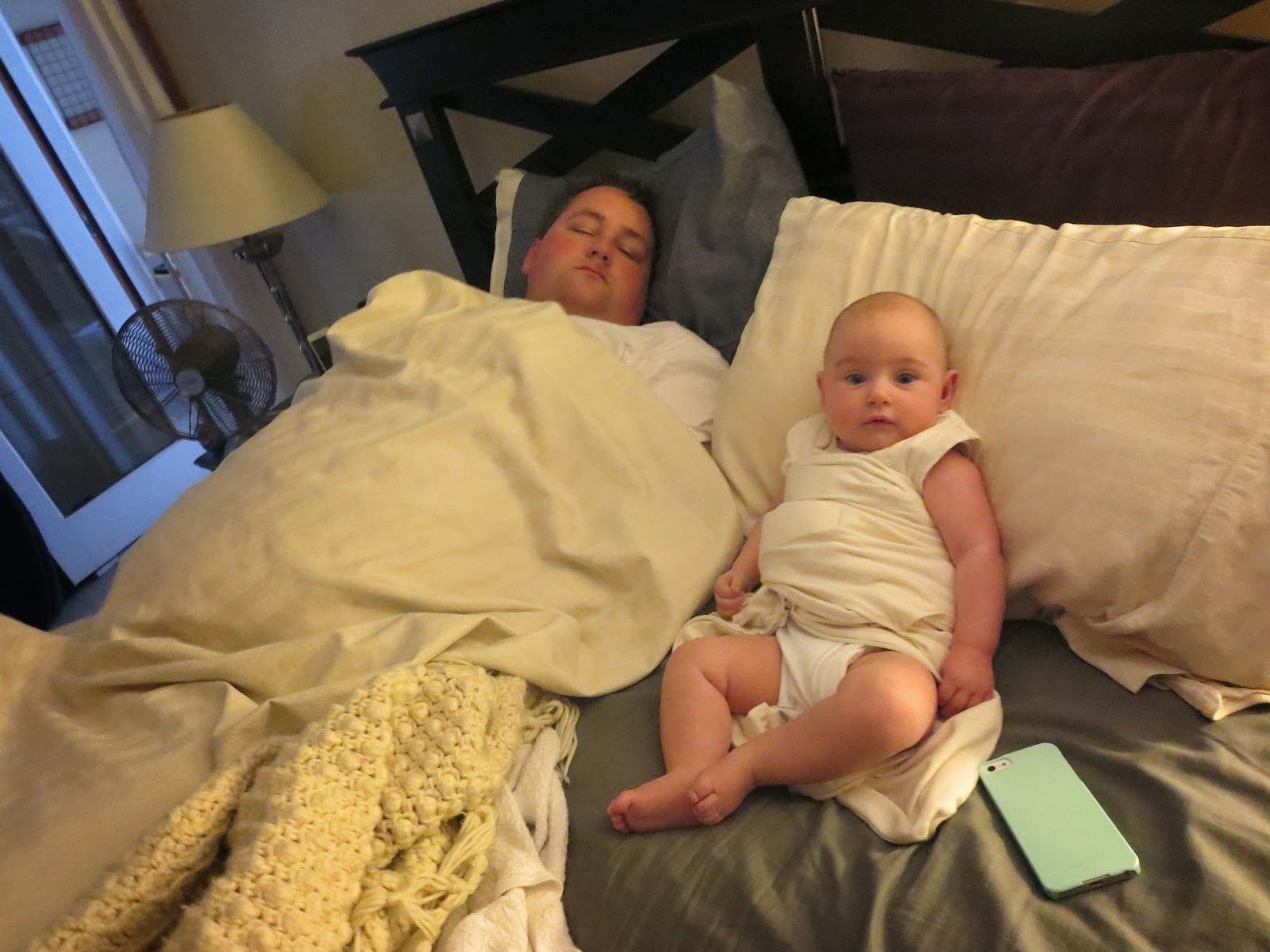 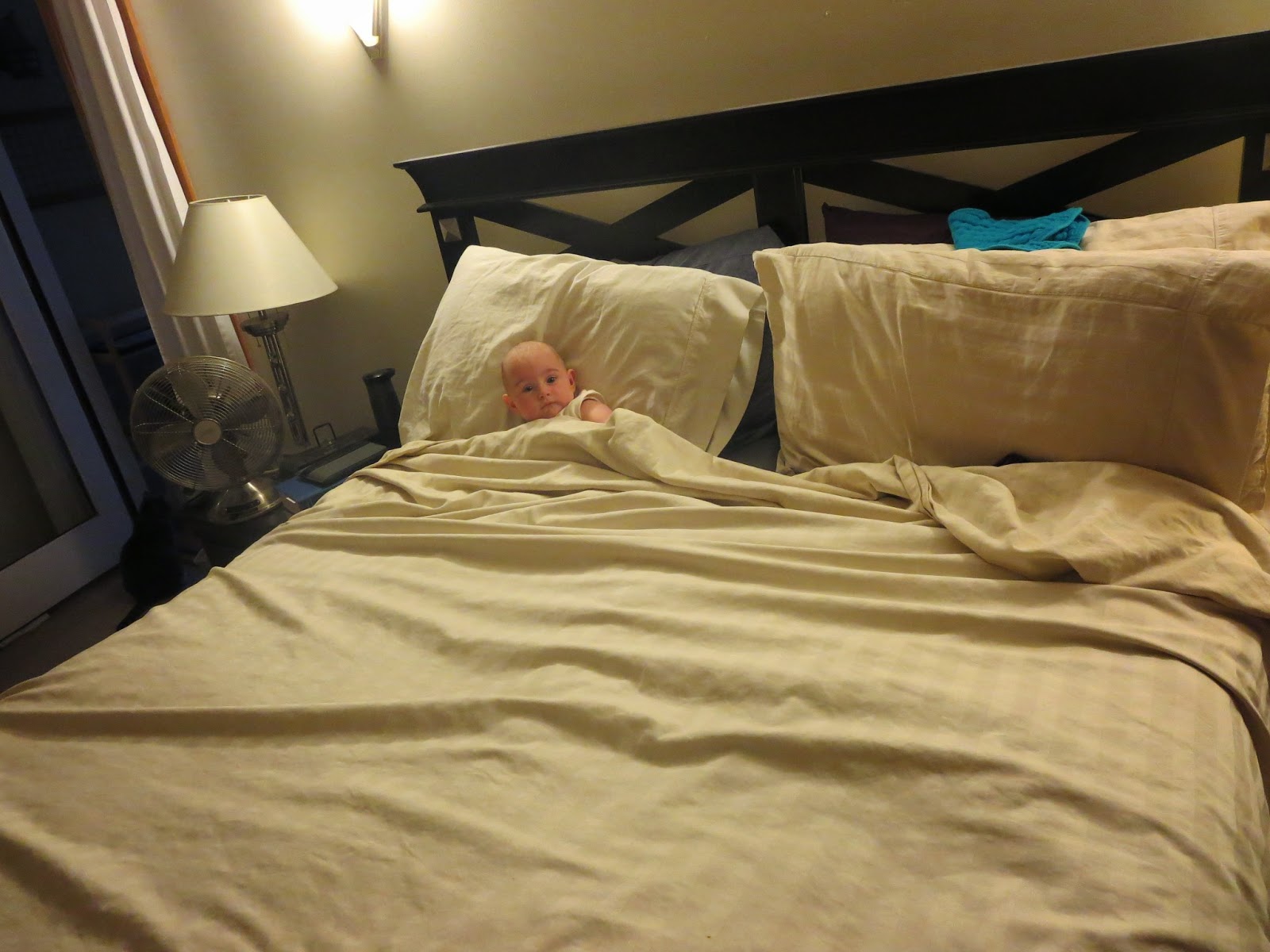 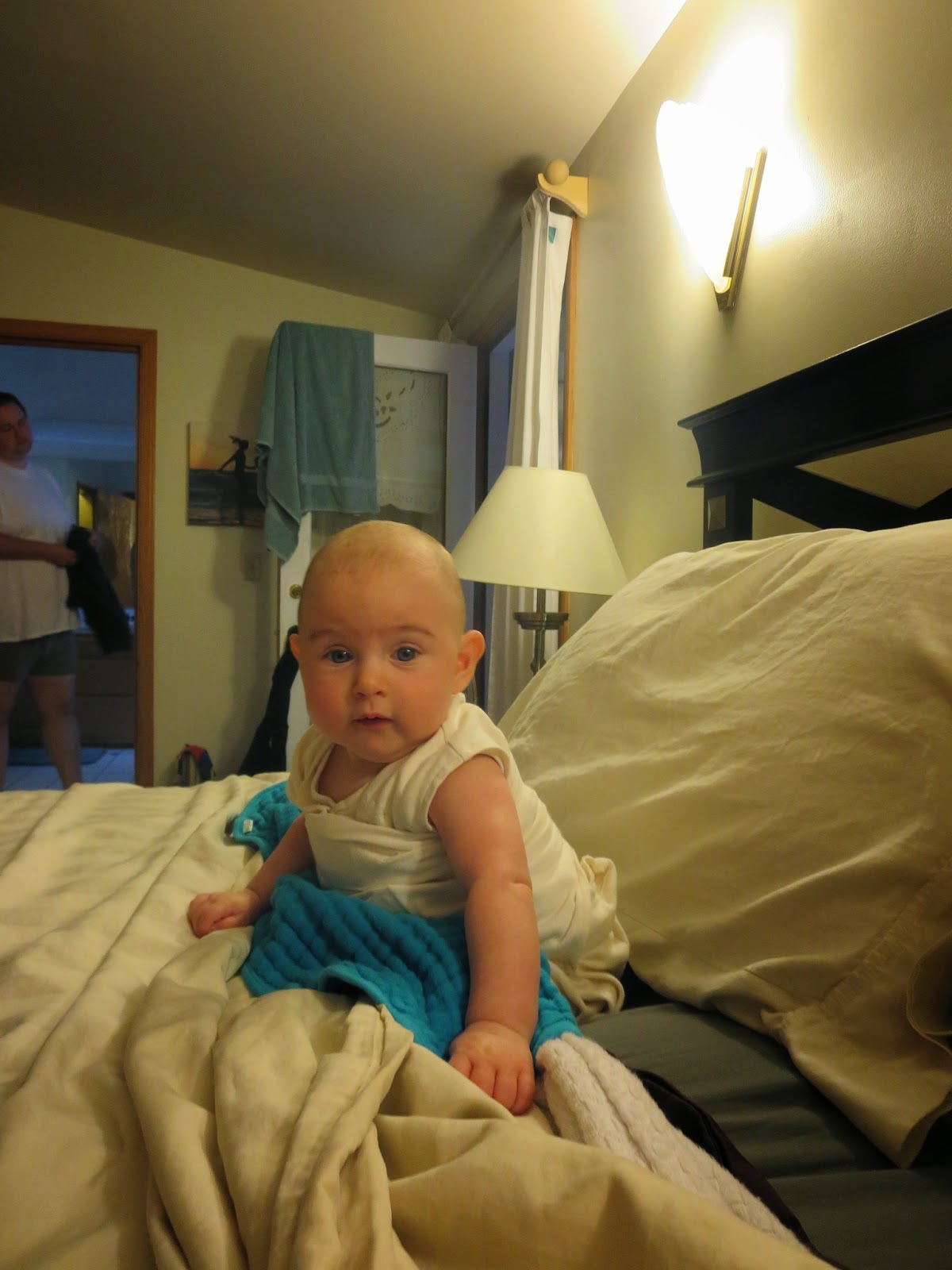 We did the normal routine of hanging out with Dave for awhile. 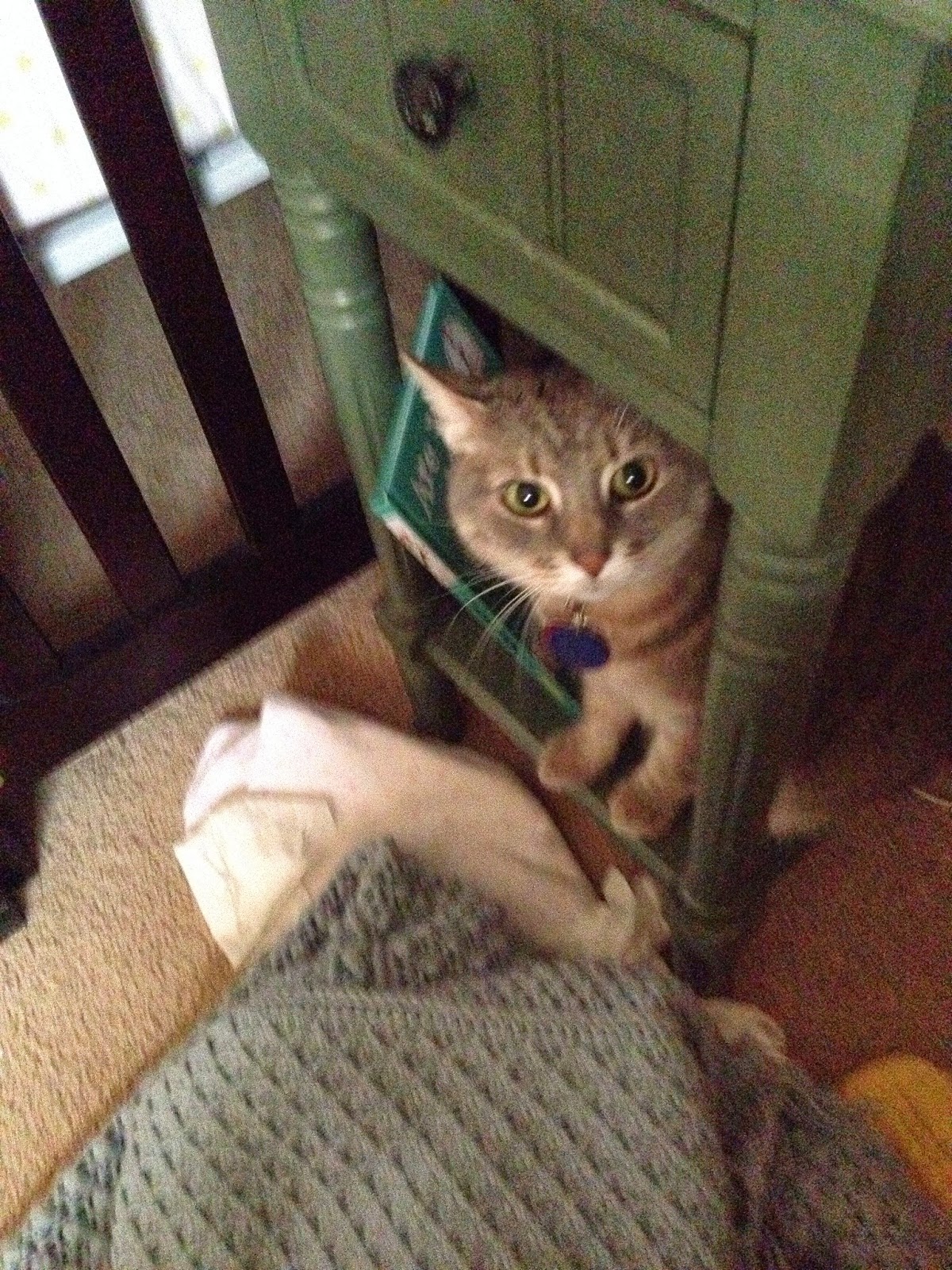 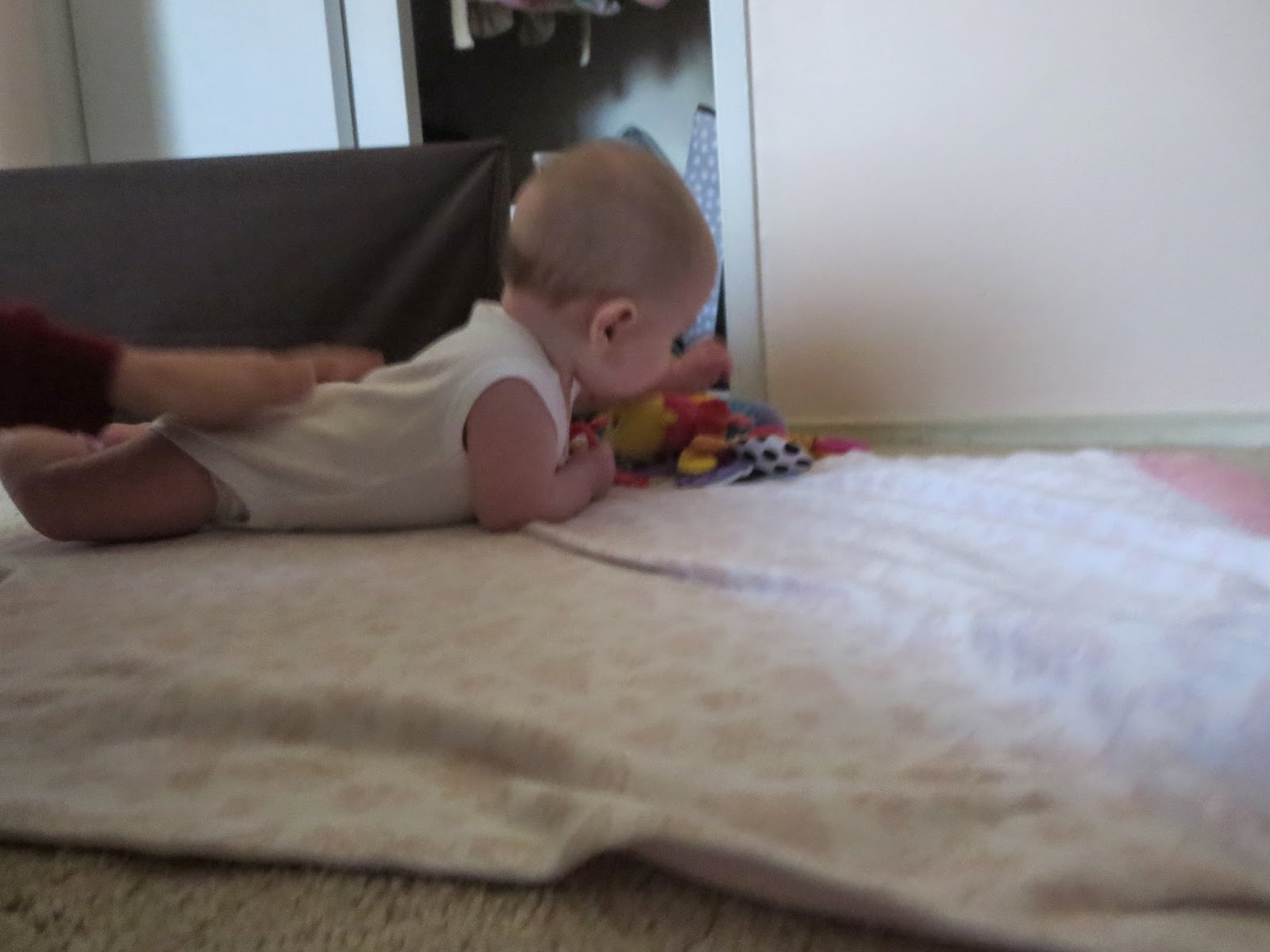 Around 8:15, she slept for an hour then the next 2 naps were both for less than 10 minutes.  She did a lot of squealing all morning. 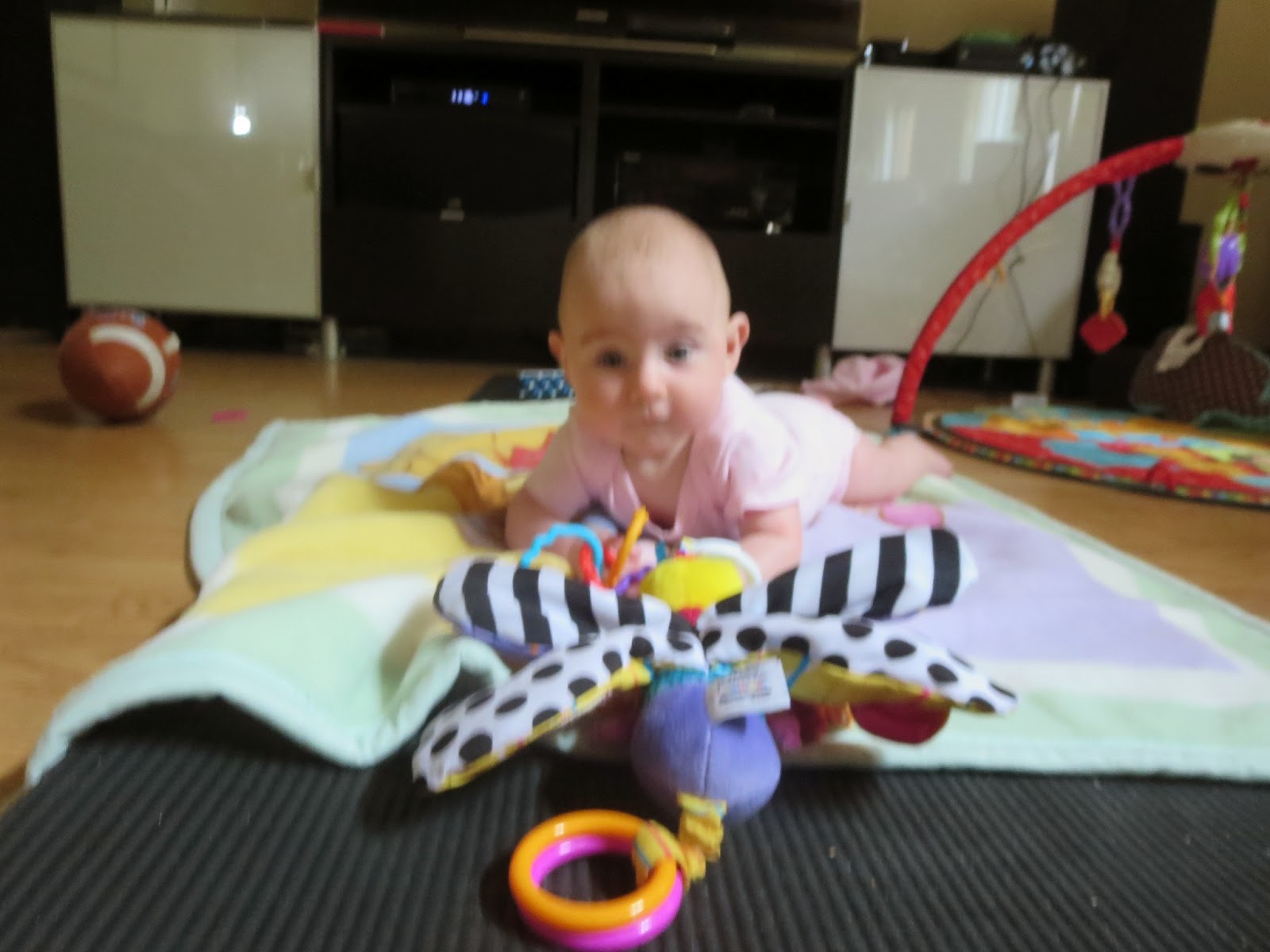 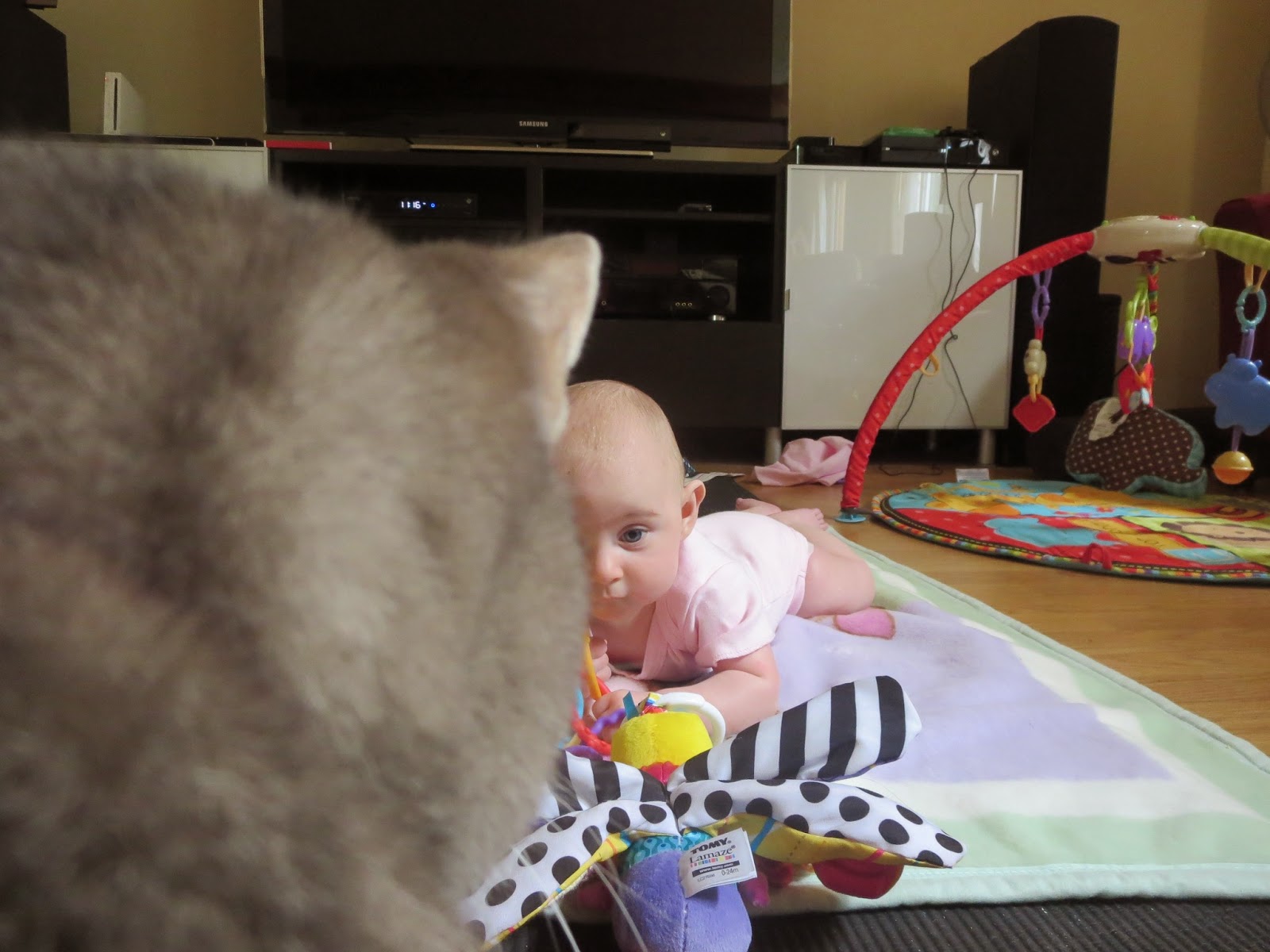 At 11:30 she took a longer nap and I actually got some stuff done. It was so nice. I just didn't get enough done. 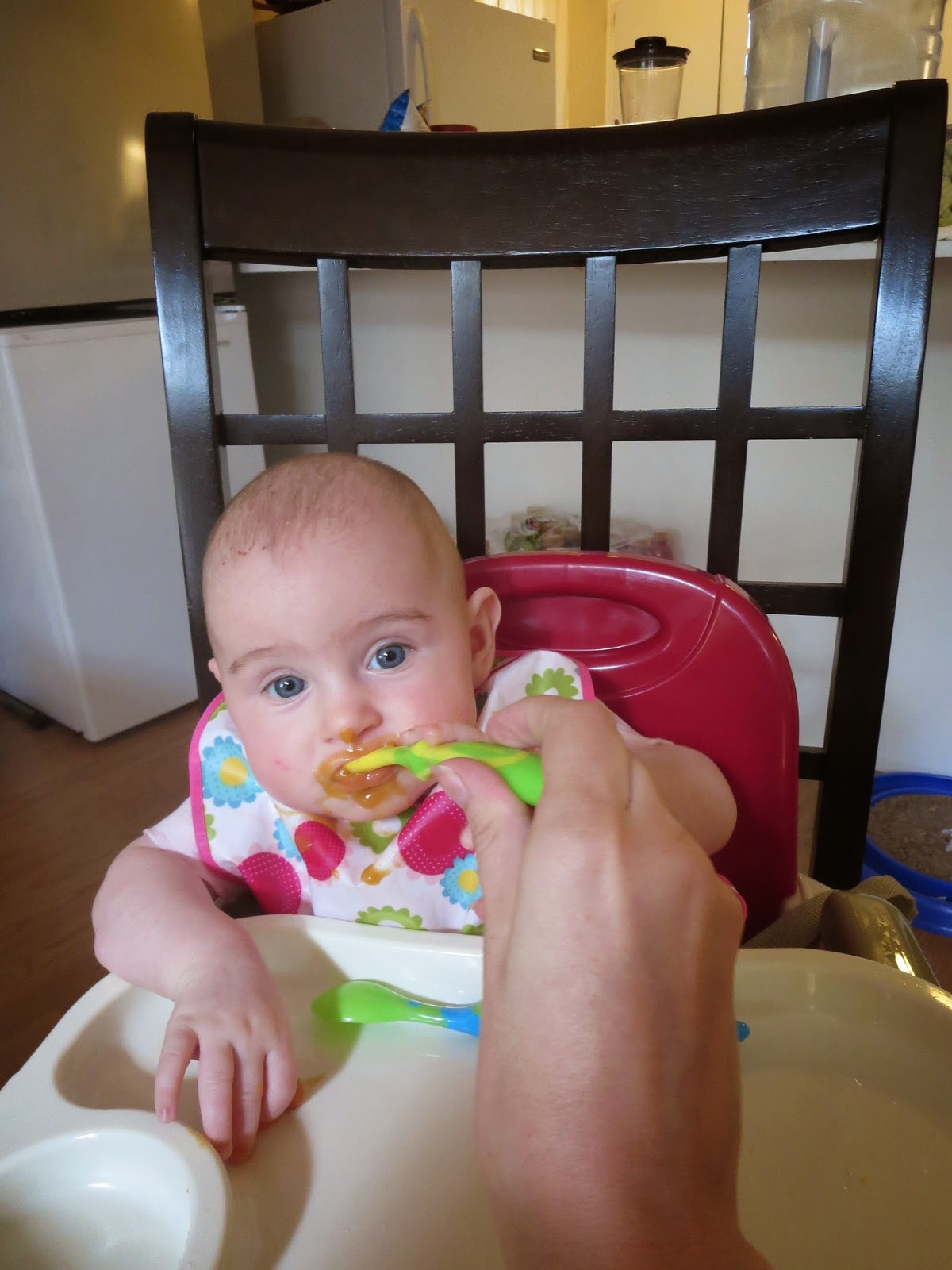 Ella took a few naps in the evening. I did get some stuff done. Even though they were still on the shorter side they were longer than normal. 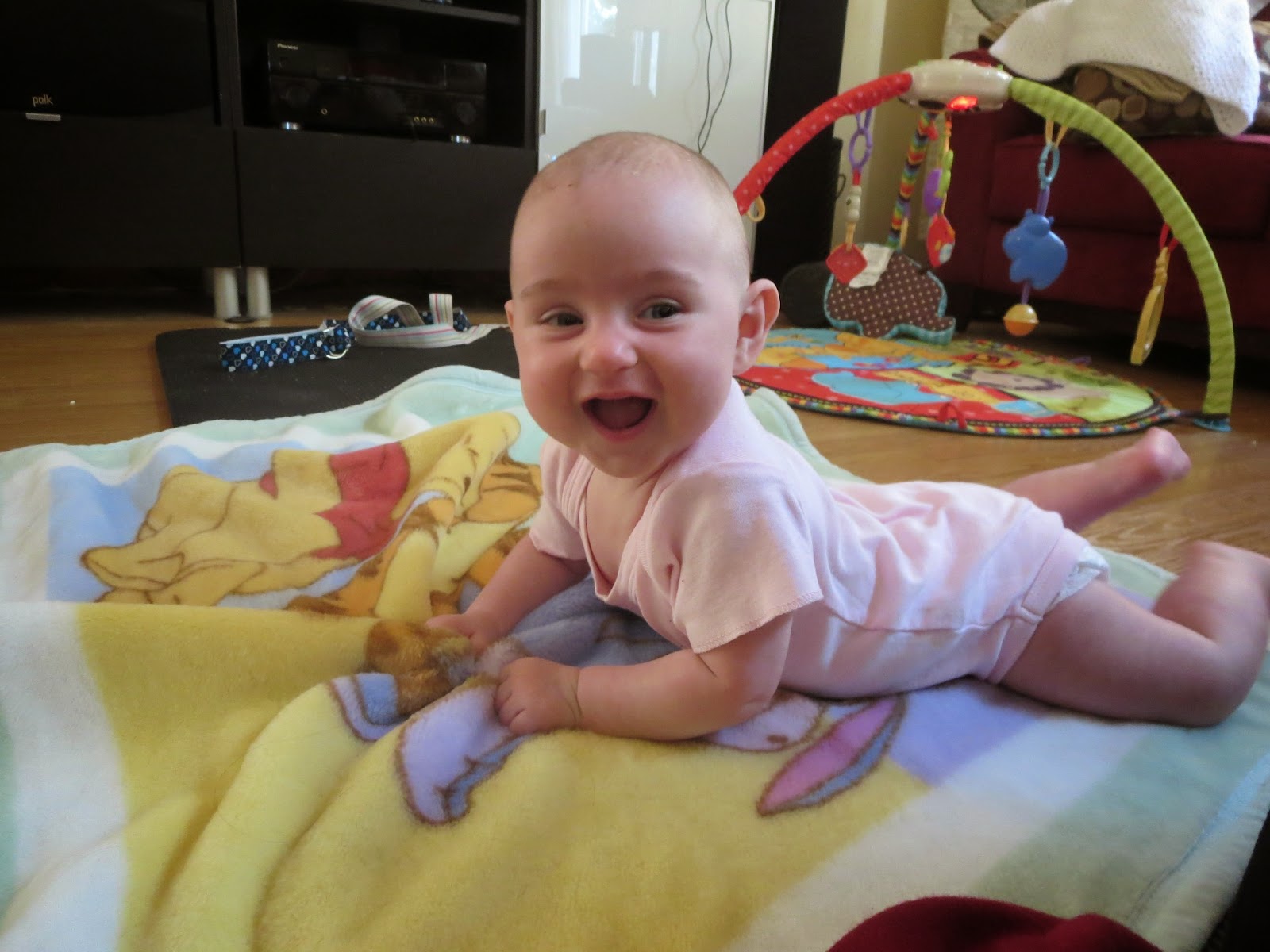 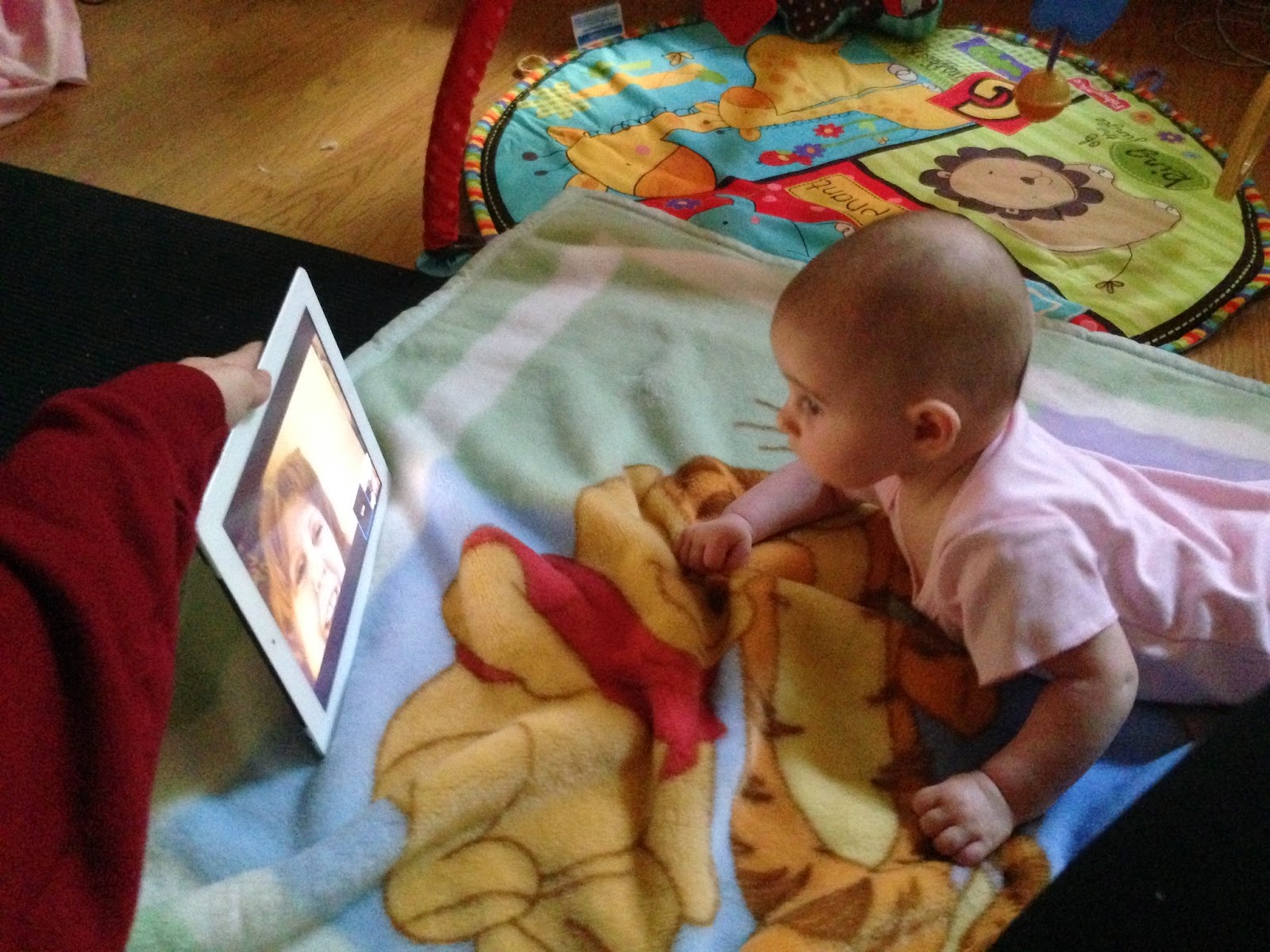 I talked to my mom on the phone for probably an hour in the early afternoon then around 6, we did a google hangout for probably over an hour. Some days we aren't talking at all and then it was twice.  Ella was already almost done rolling a ton by the time they got on a hangout.

Ella woke up from one of her naps and Dave and I were watching a movie. I nursed her in the living room so we could still watch.  Then after she sat with me just half watching the TV. Then at one point that was a little weird on the show she just started looking scared and like she was about to cry. Dave paused it and she went back to normal.