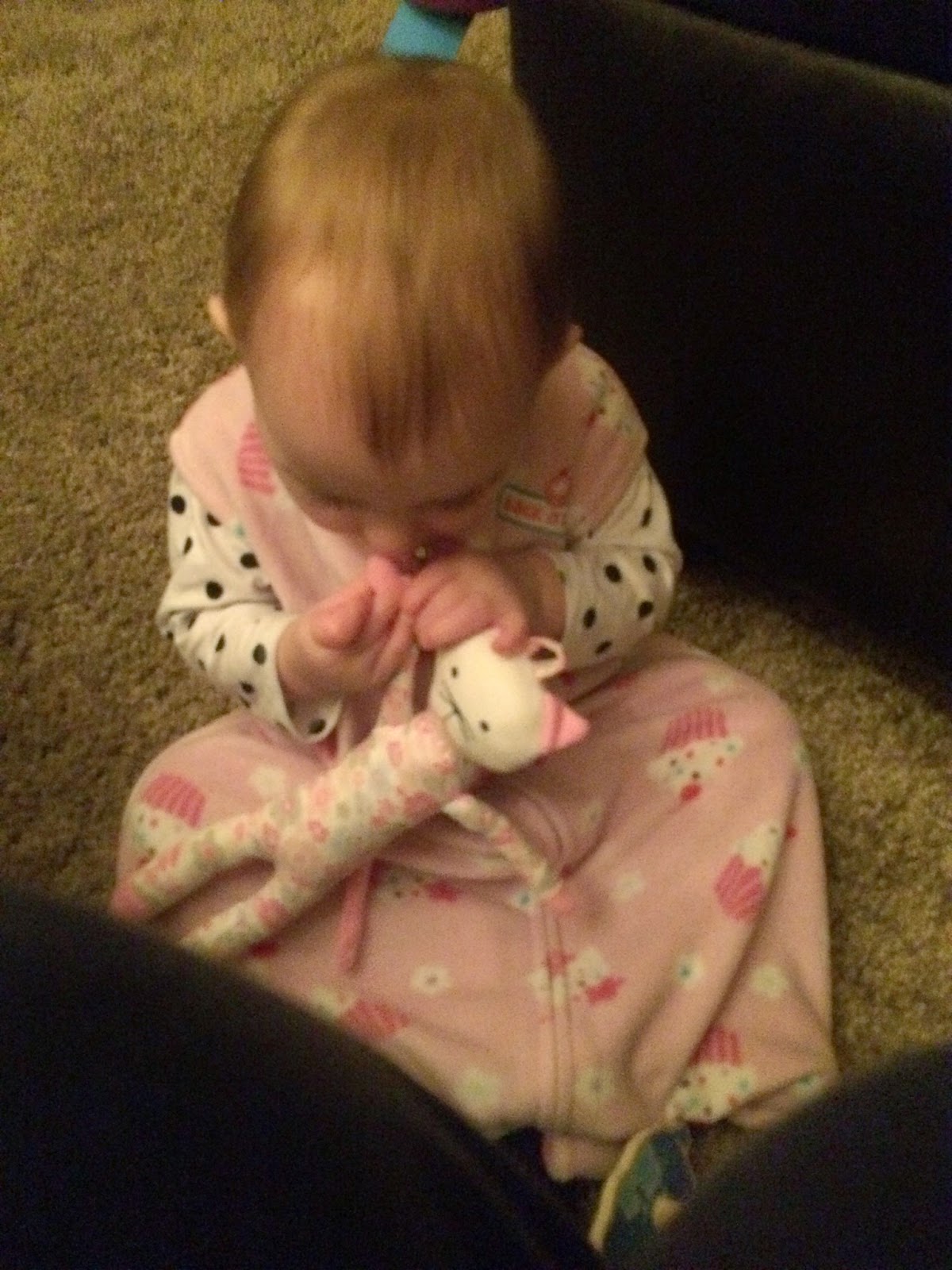 Ella was up for 2 hours in the middle of the night.  She thought it was play time!  I tried to not let her but we did some. I read her a book so many times that it is now memorized even though we just got the book. Then she slept until 9. But while I was trying to sleep, Dave woke me up to talk to me and his alarm woke me up, too.

Around 11, I was trying to get video of her walking. Then right after she grabbed my camera and the lens is now stuck! I tried for a long time and failed at fixing it! {I fixed it many days later after many hours of deducing and figuring things out.}

After we got home, Ella fell asleep on me. I didn't want to chance putting her in the crib yet and ruining it because the past 2 days have been bad.  Then I fell asleep! I woke up then went back to sleep.  Then I figured I was there long enough that any movement would make her think her nap was over.  She napped over 2 hours.

Then we played and did a little around the house. 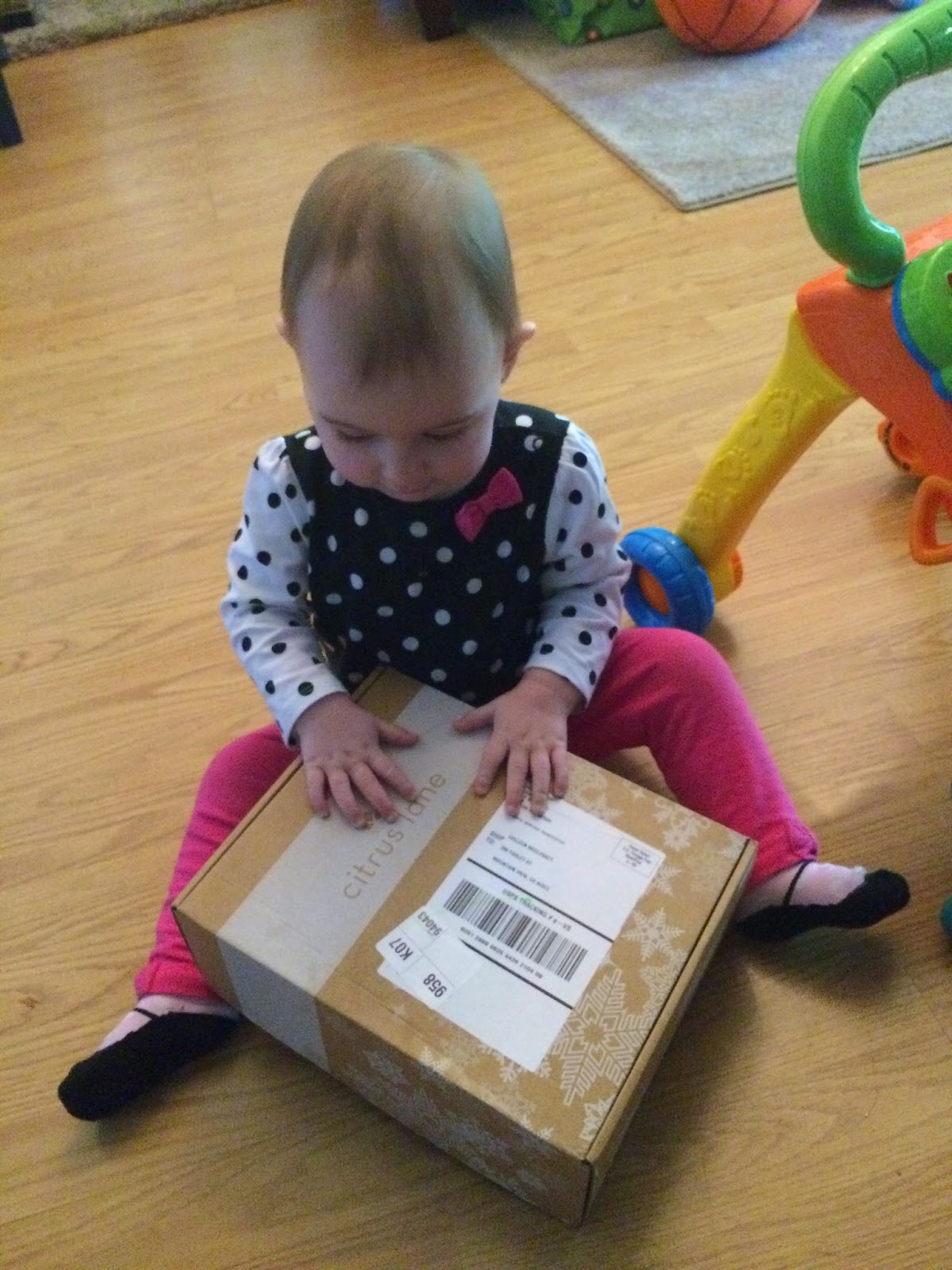 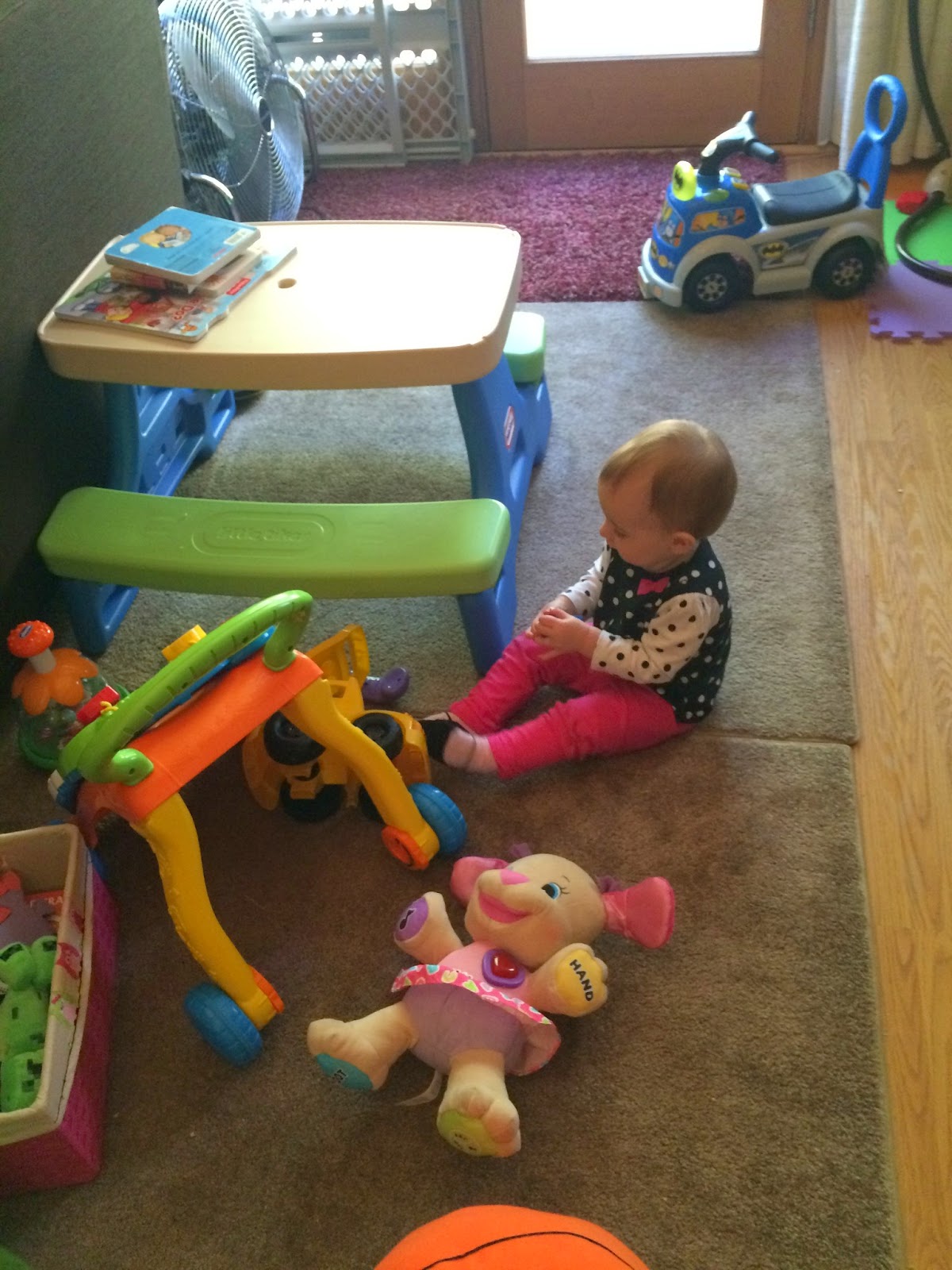 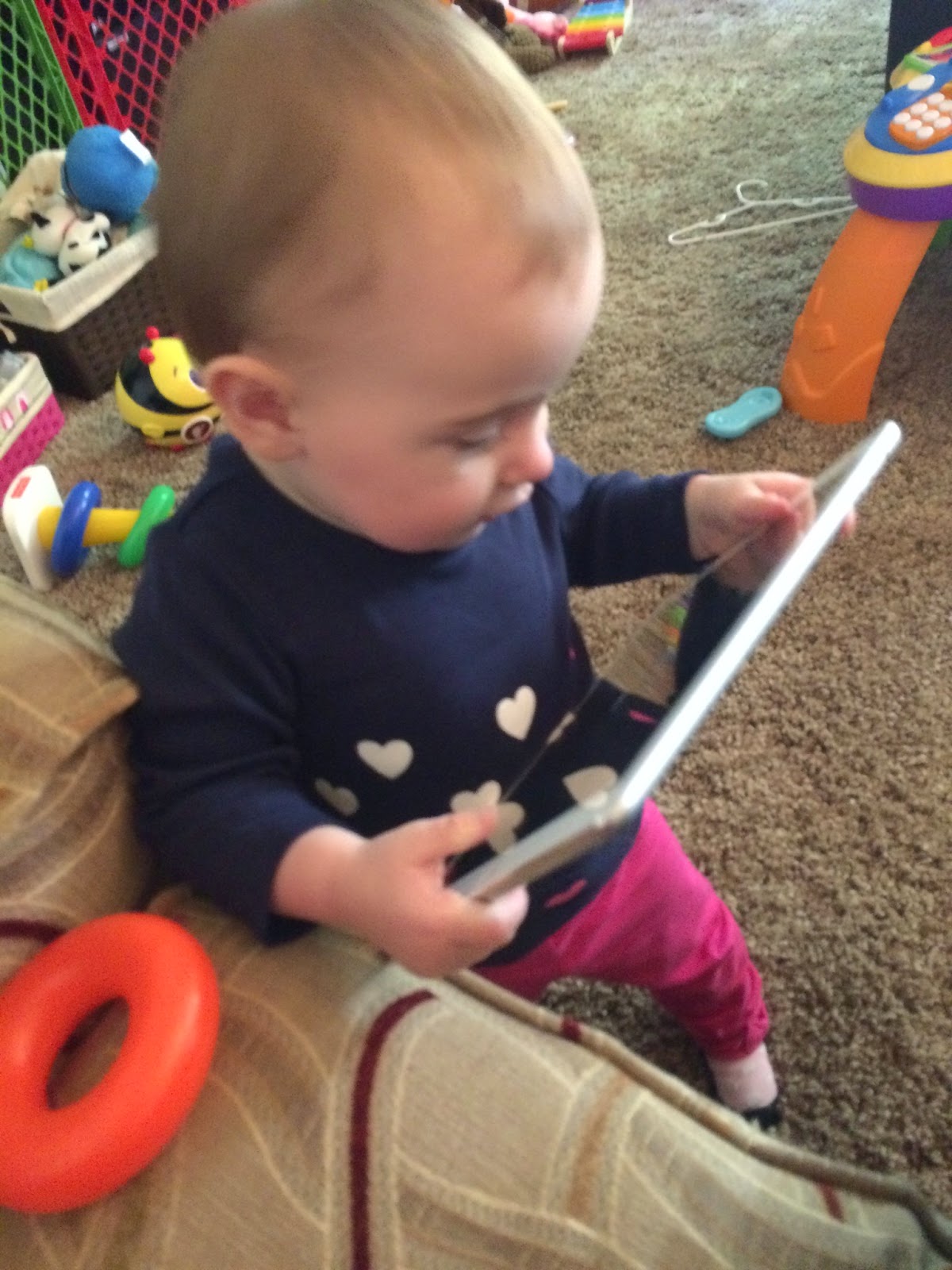 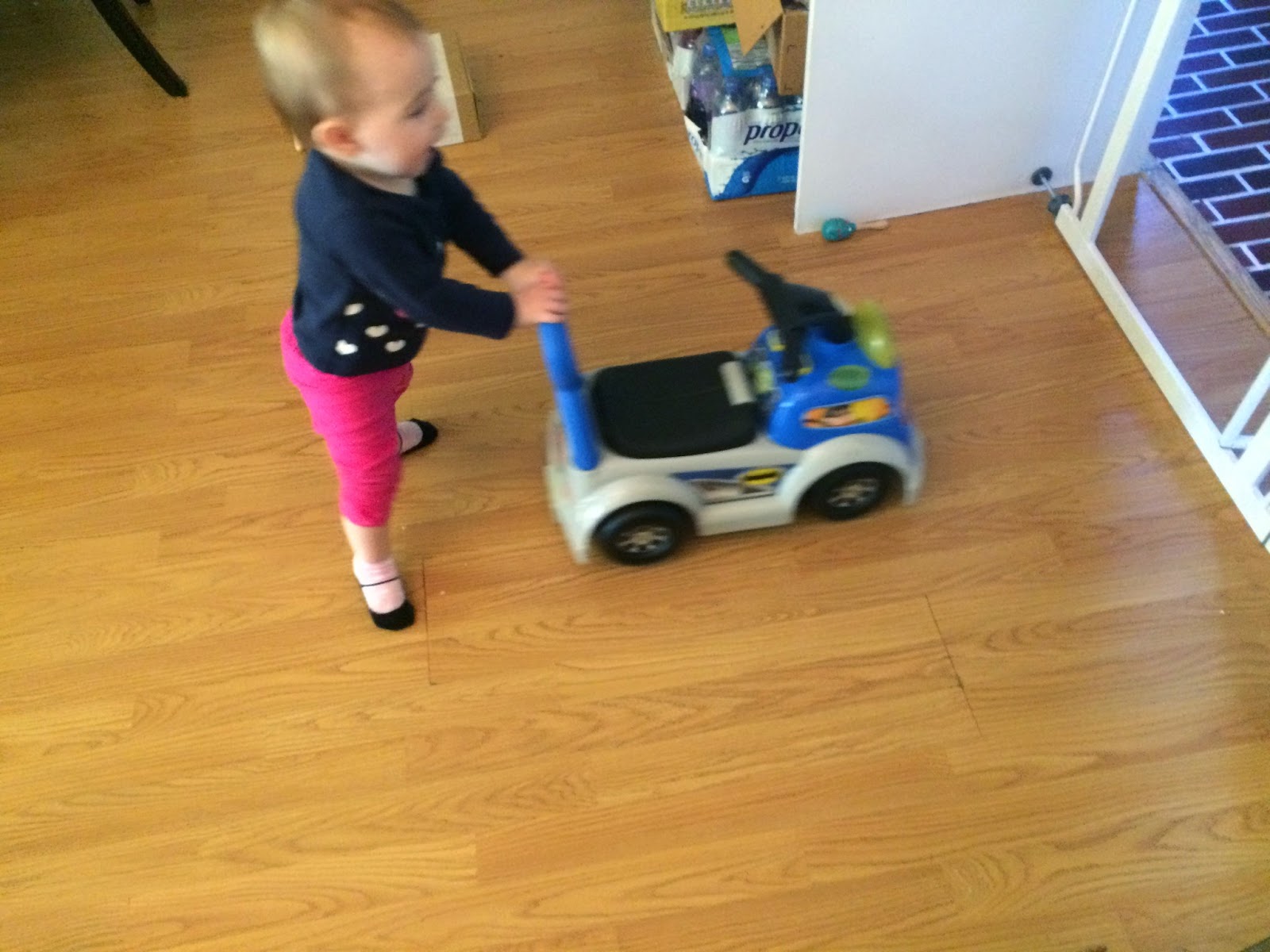 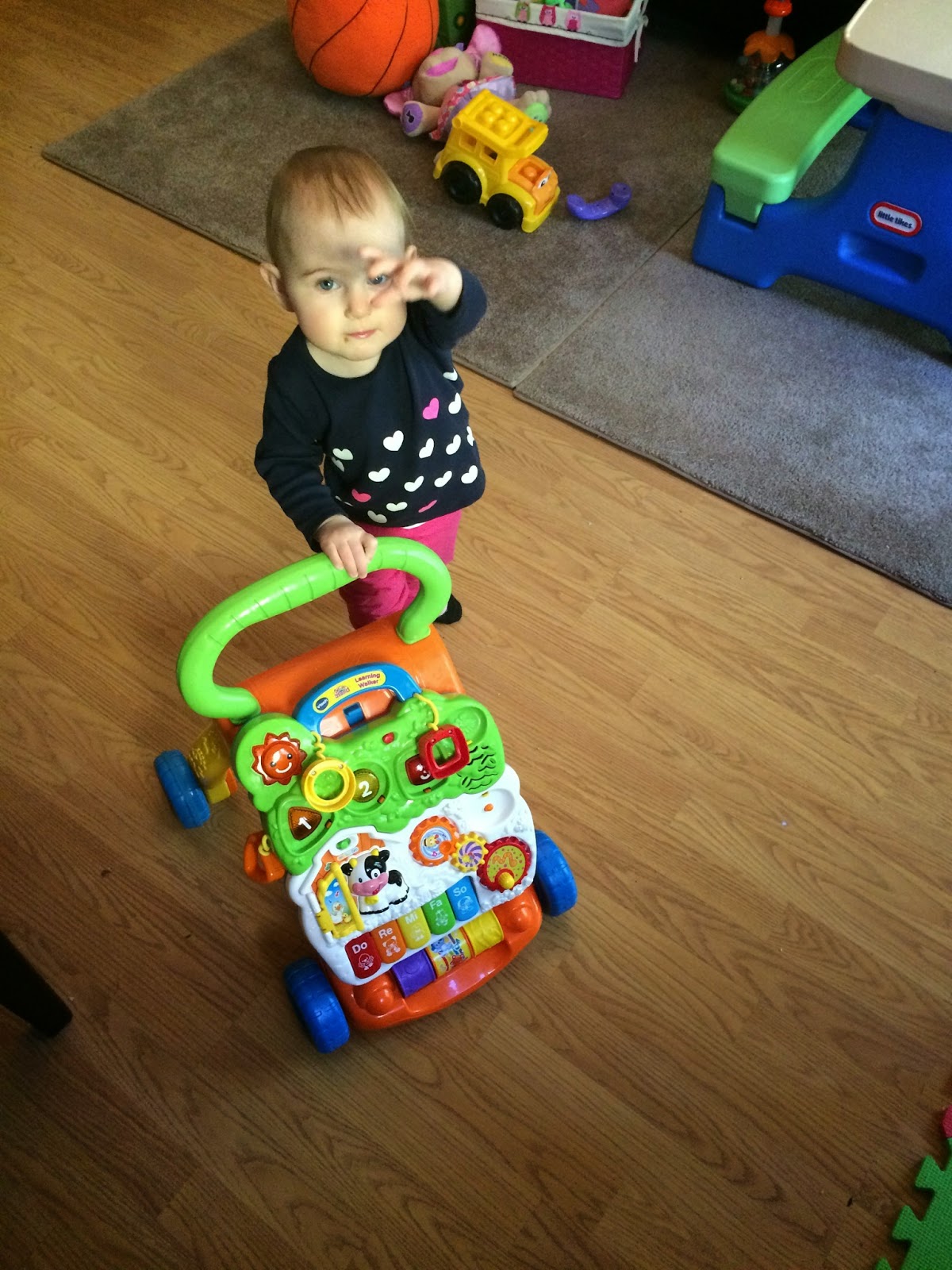 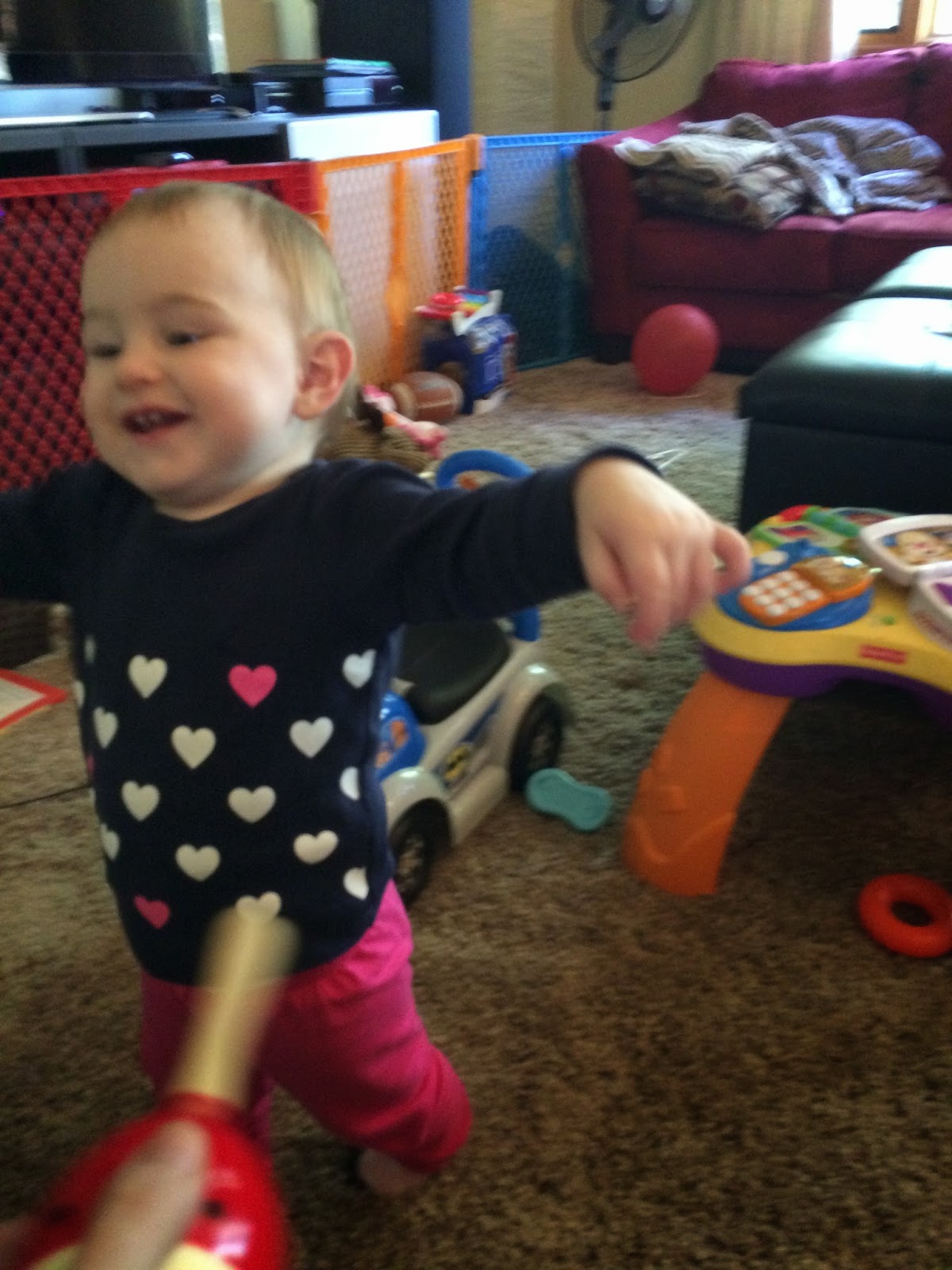 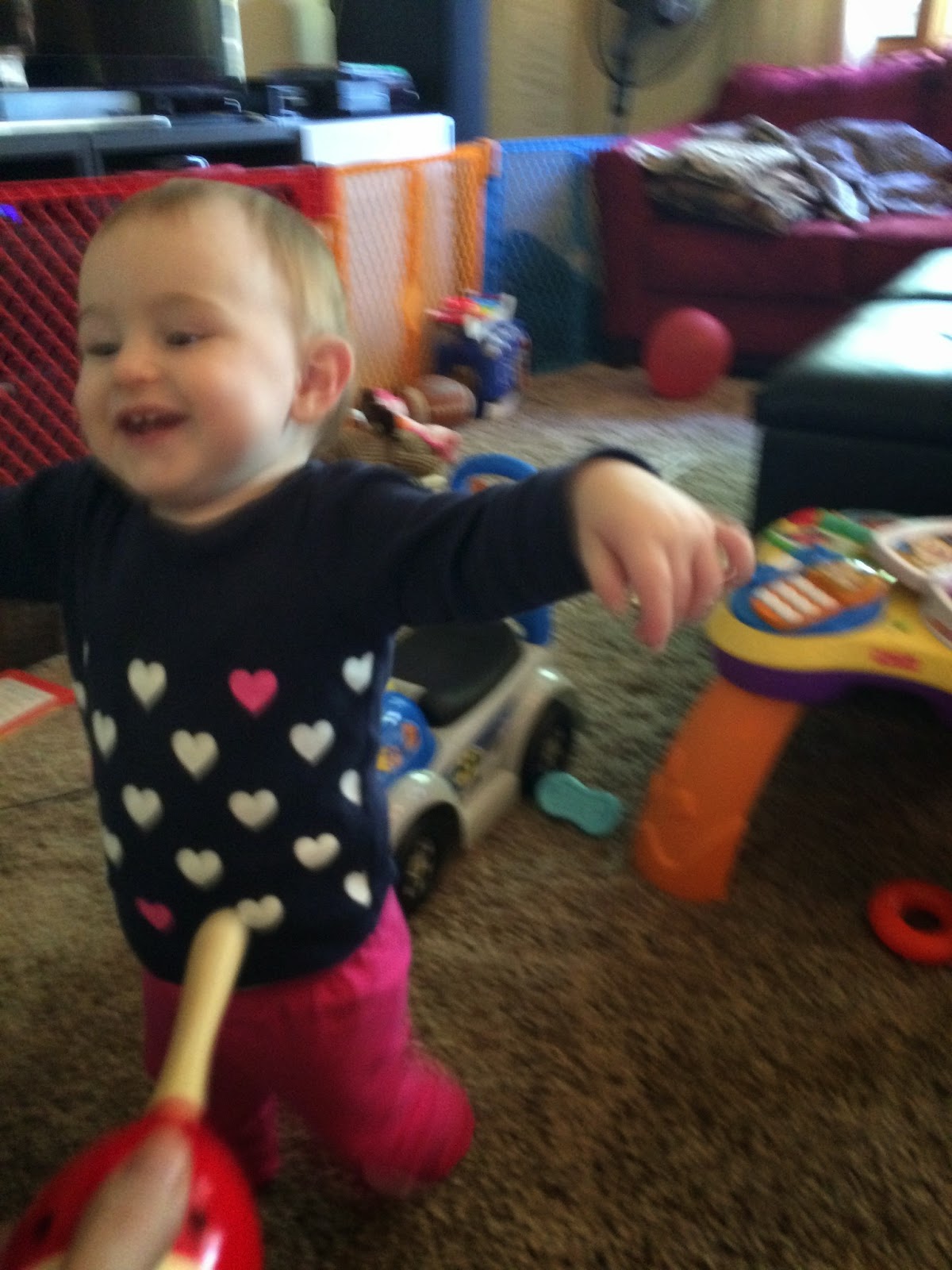 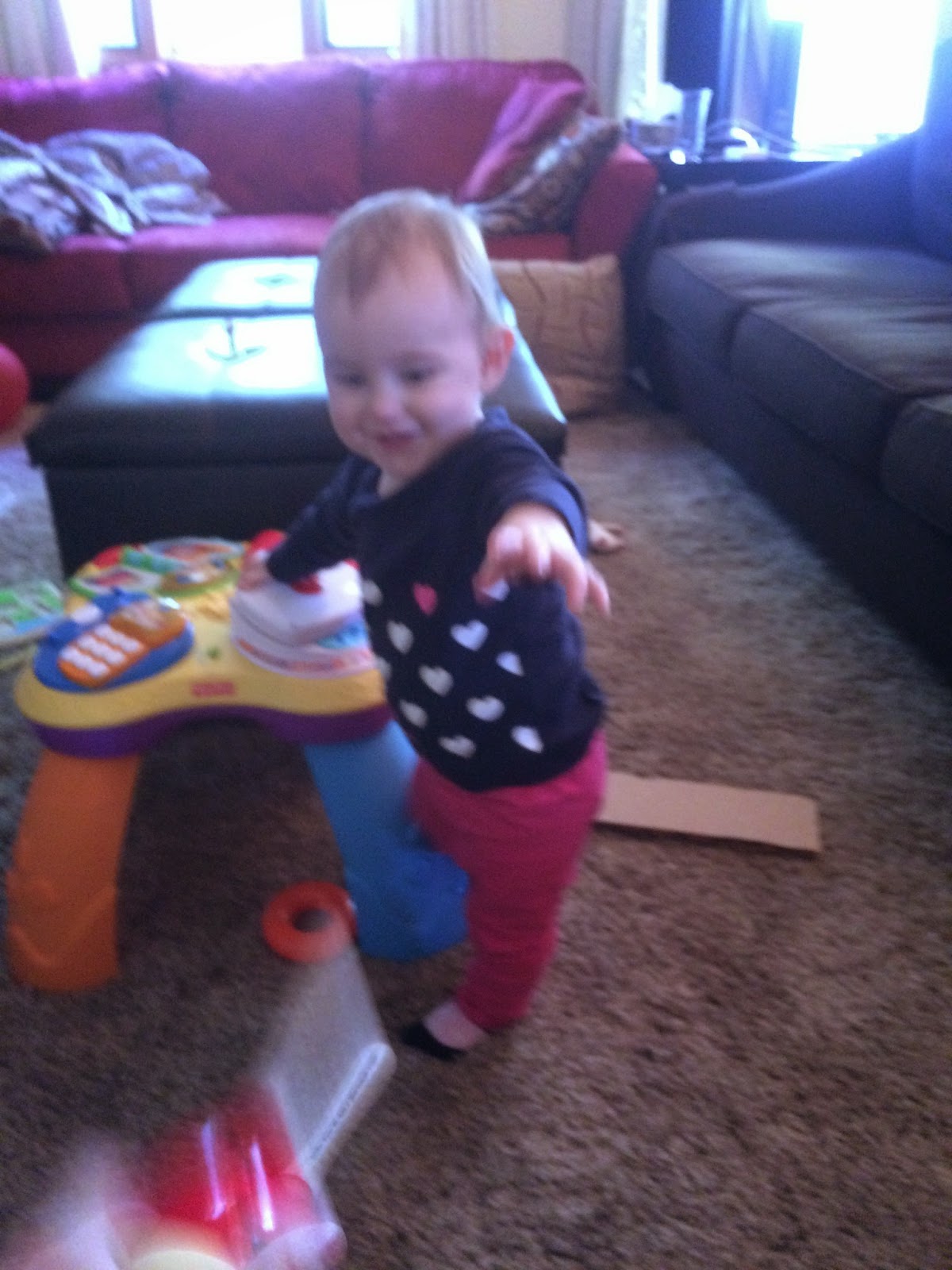 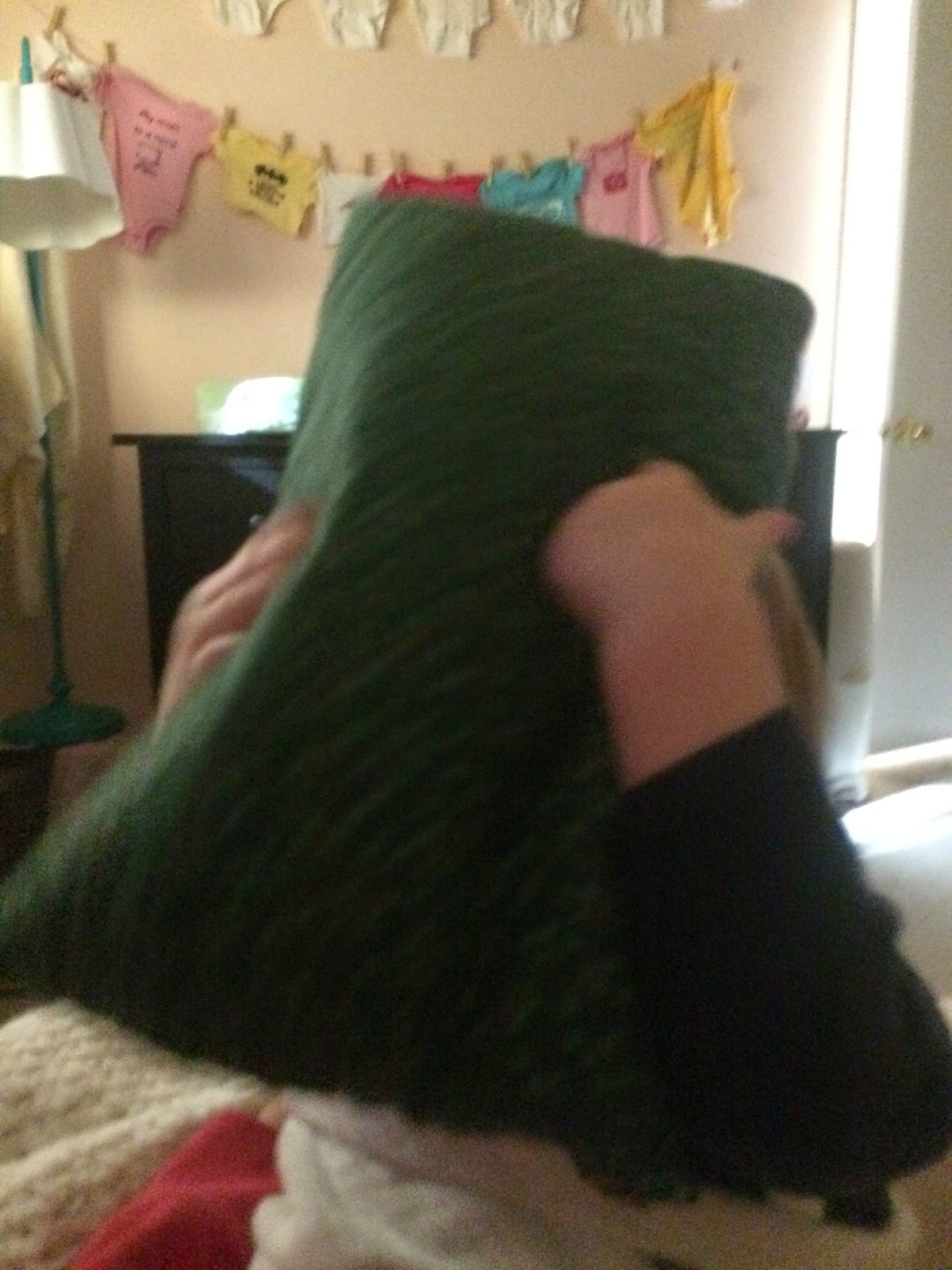 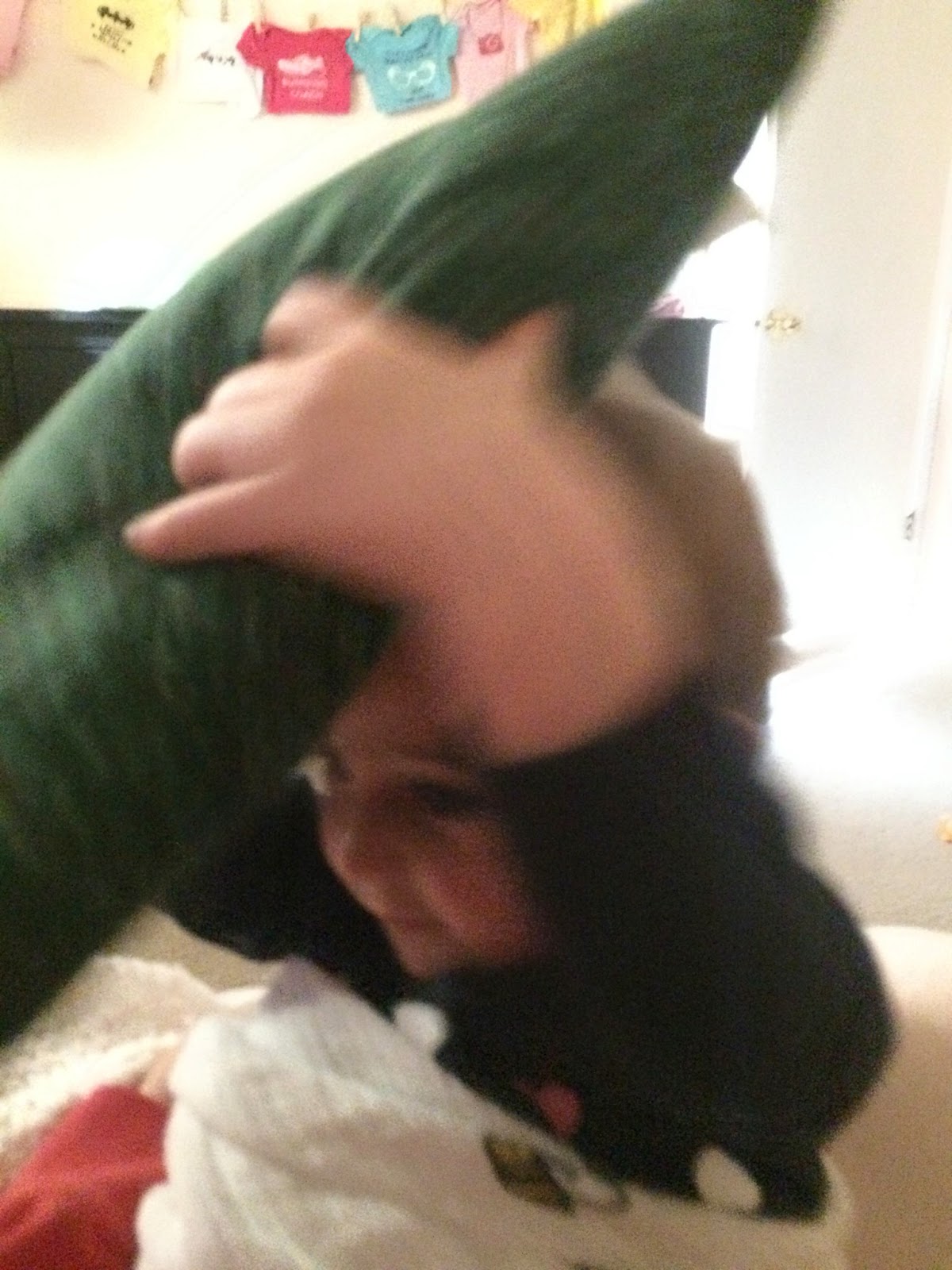 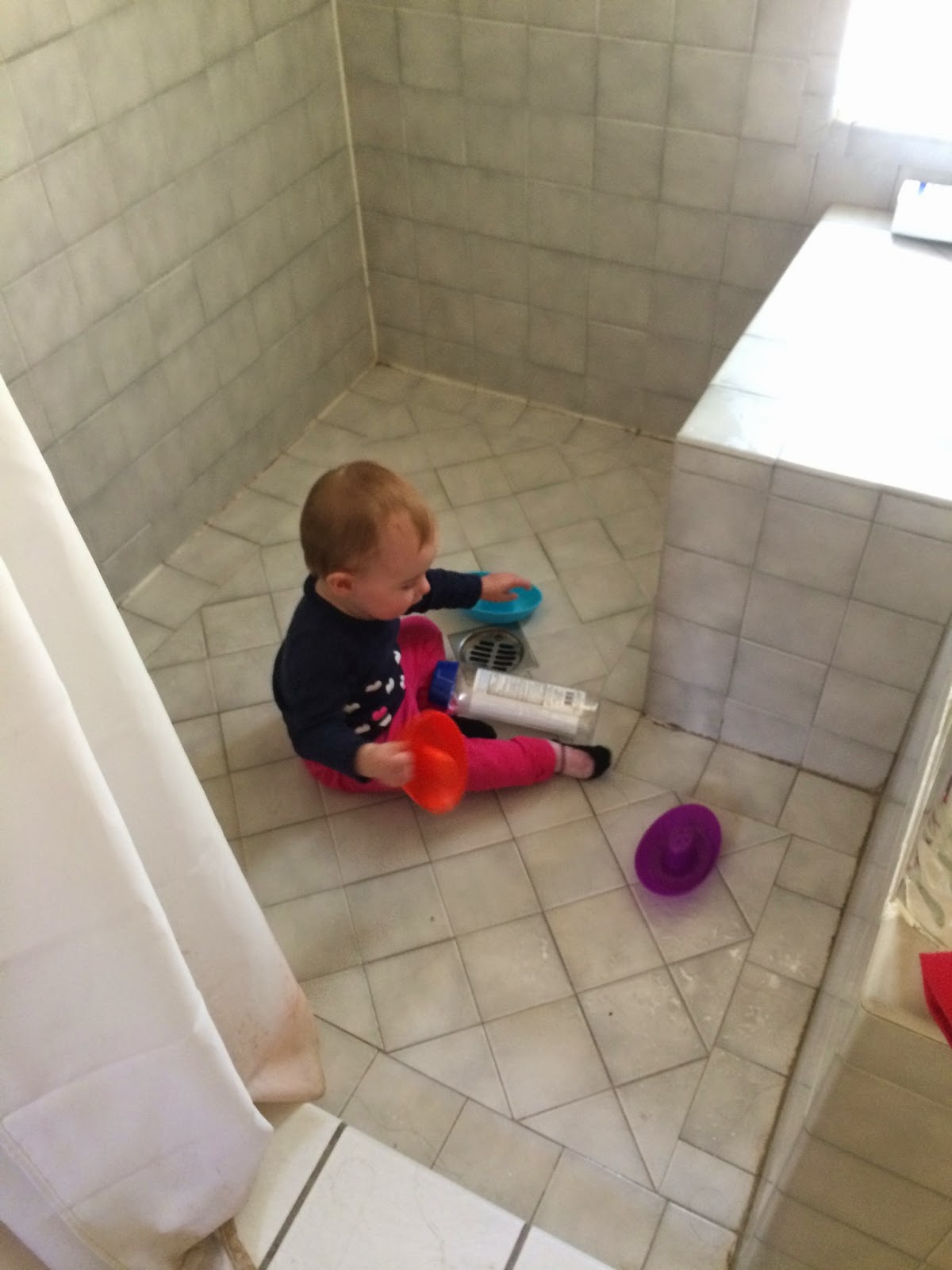 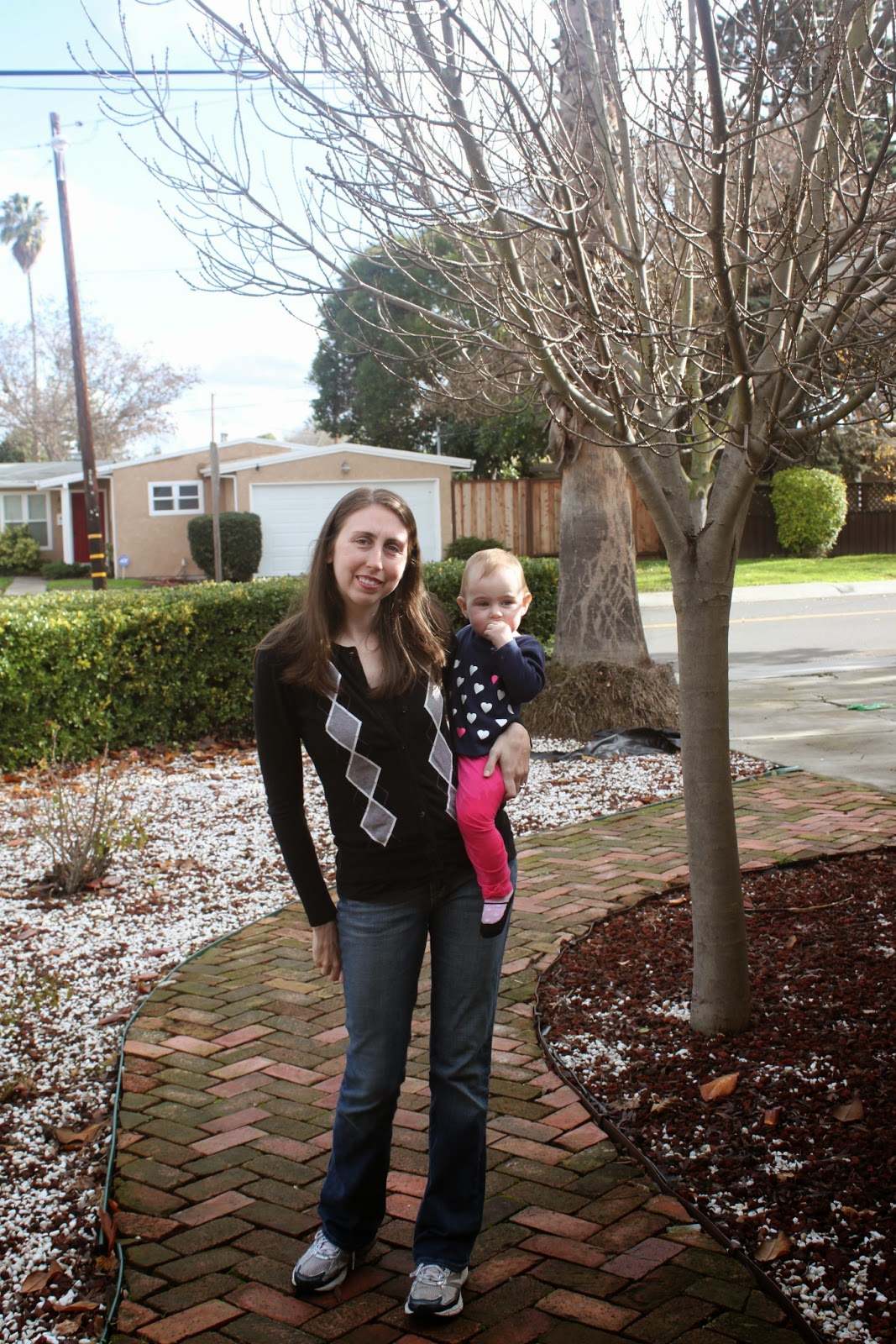 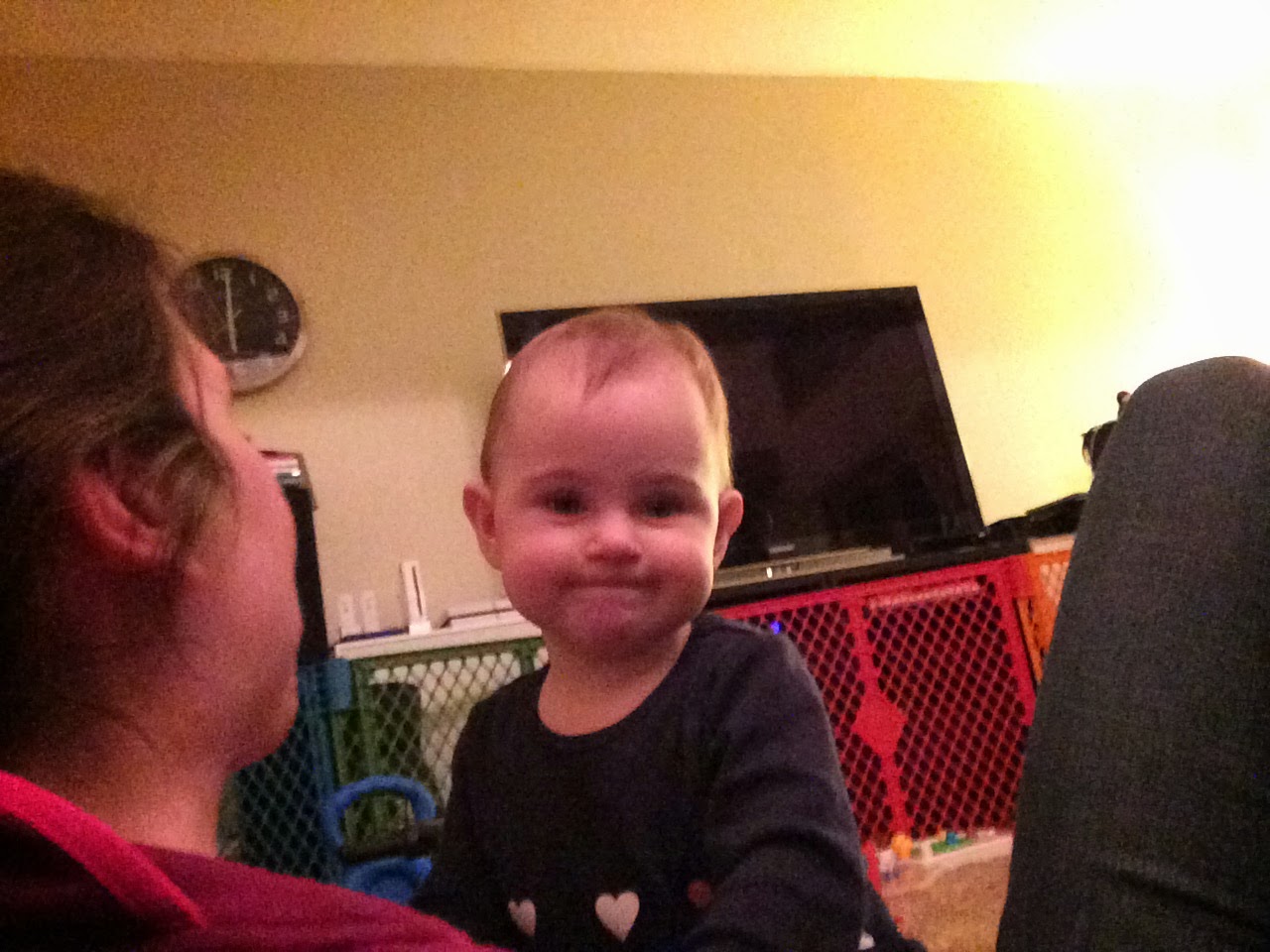 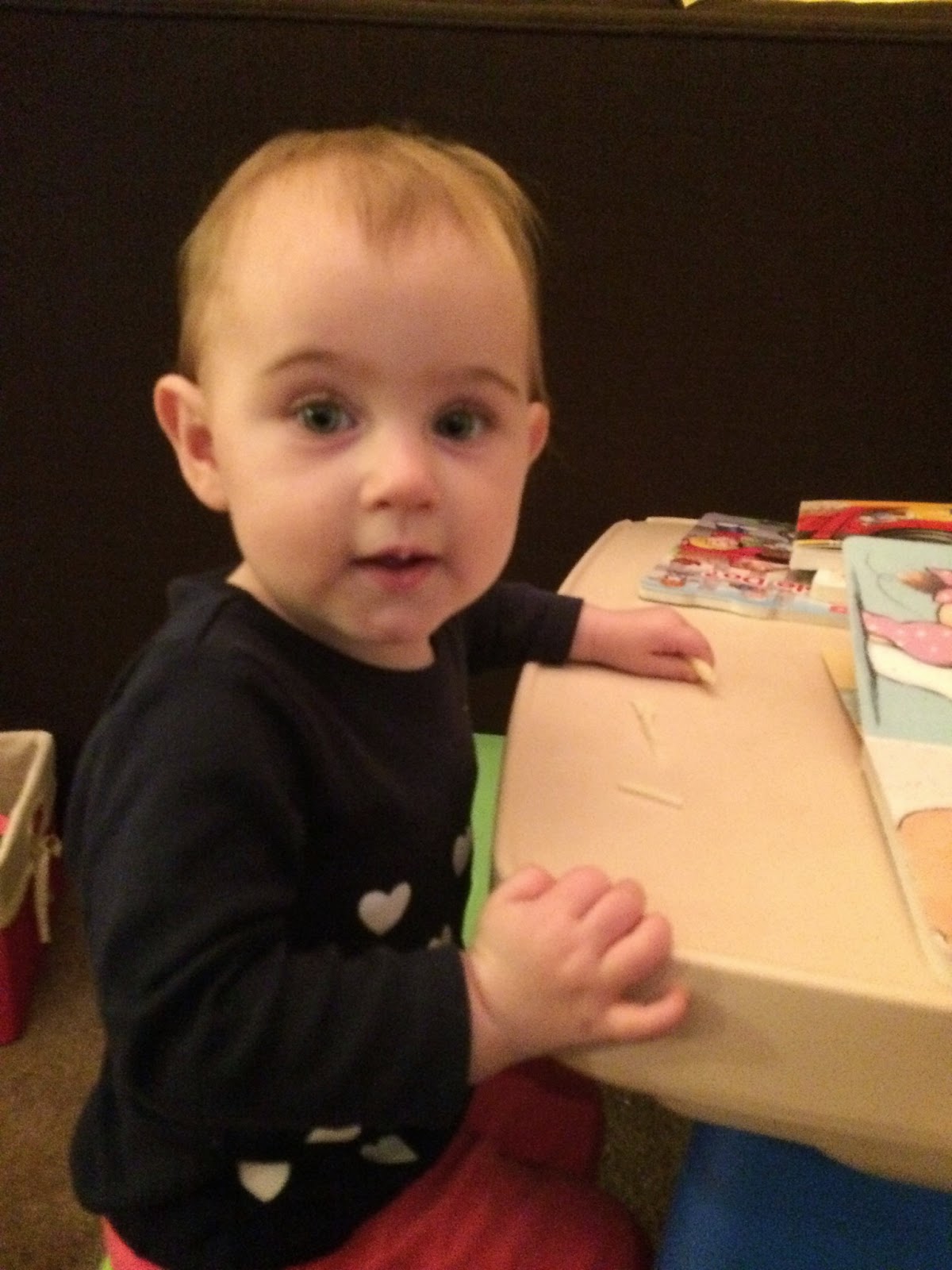 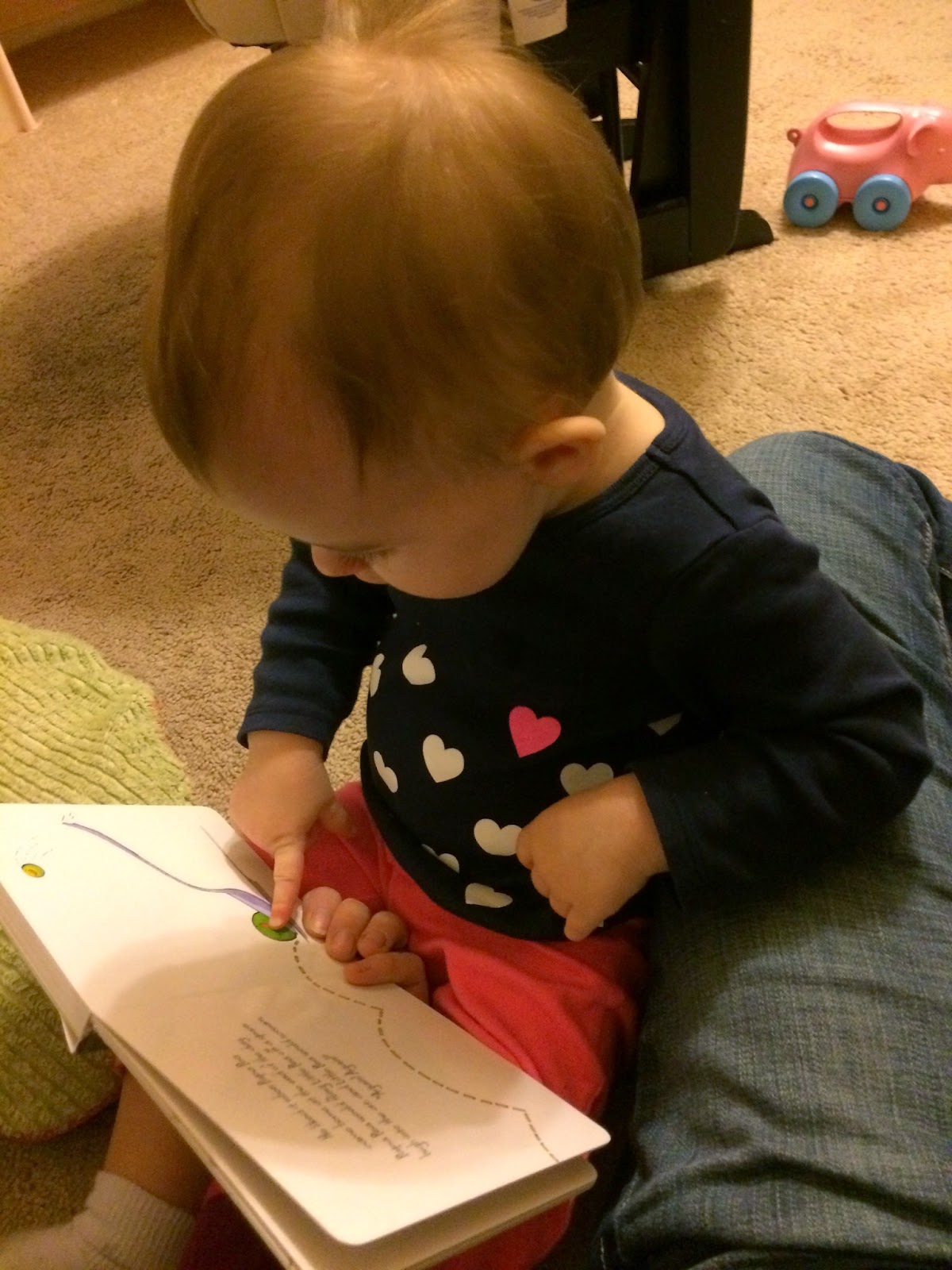