Ella did not have a good night.  She woke up at 1:30 and when I went in she was burning up.  I took her temperature under her arm and it was 101.6. So that's like 102.6 but also she moved her arm so I think it beeped prematurely.  I gave her tylenol.  She was back asleep around 2:20.
Then she was awake again at 3:10.    Then we were up for a very long time. She was not happy. There was a lot of crying. She'd be happy when she was near Poly so we followed Poly around. Poly was quite confused.

I went to the dentist at 8. I was not happy that I had to wake up and go after only getting about 4 hours total sleep.   I got back from the dentist around 9:10 and Ella was still asleep. Dave had it easy for baby watching duty (and he still didn't make the bed).

People buying our old dining room table showed up.  When they tried to lower the lift gate, Ella got so scared. She started shaking then crying.  I'm glad the table is gone but these people were nuts.

Ella didn't really want to eat but would only tolerate purees. She's odd when she's sick.   I kept trying to get her to nap but failed.   The maracas my mom ordered showed up and when Ella played with them she was happy for a brief time. She was also happier if she was near Poly. Otherwise Ella was a crying mess.   Ella was playing in her room and took a tumble and hit her head off the wood handle on the glider. She CRIED. Poor baby. A little bit later a mark appeared. (And a lot later, the mark was bigger.)

At 2 she finally napped but only for 45 minutes. I napped with her in the chair. I wanted to get her in the crib but that failed.

Dave came home from work early to work from home but we thought if Ella saw him she'd be happy. She was. It was nuts. At one point she started crying and the only thing that happened was that I blocked her view of seeing Dave.

She went to sleep for the night near 5 PM. I took her temperature when she was asleep on me and it was still 101 even though she had taken medicine at 3:30.

I napped from 6-6:45.  The doorbell woke me up and I jumped up. I was thinking it was Gio. I saw that I had messages from her but didn't read them. Answered the door and it was some pizza delivery guy. I was so confused that I just walked away. Dave was right behind me.  On the way to the door he was asking me questions because I was so out of it.

I ate, did a few things, and cuddled in bed.  I didn't do anything that well since I was so tired.

Ella and I had to miss a Thanksgiving recipe exchange from the mom group.  Gio picked up the fudge I made and brought back some of the foods all boxed up for me.  I'm bummed we had to miss out. Ella is bummed too.   I've been freezing all day but don't have a fever myself. 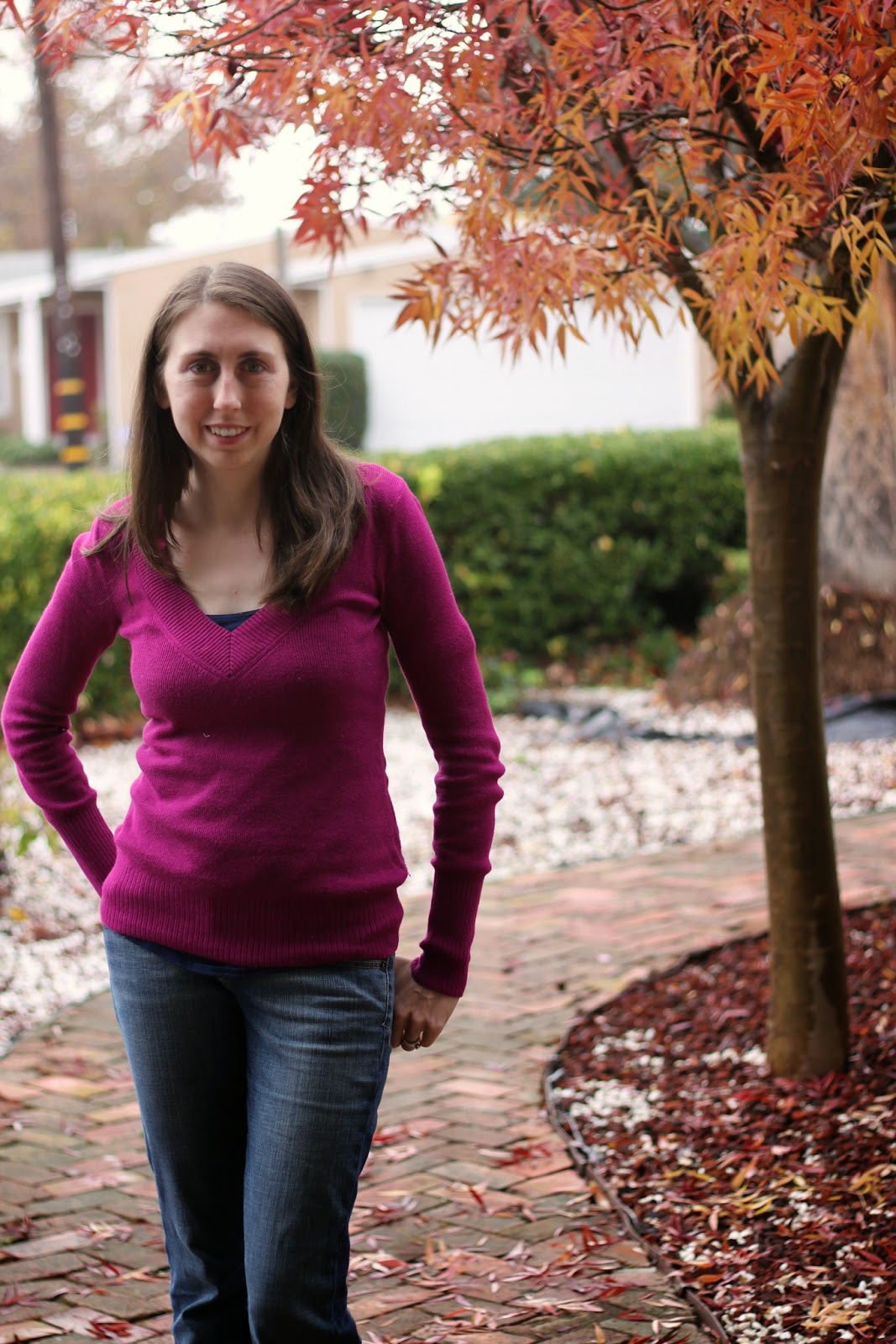 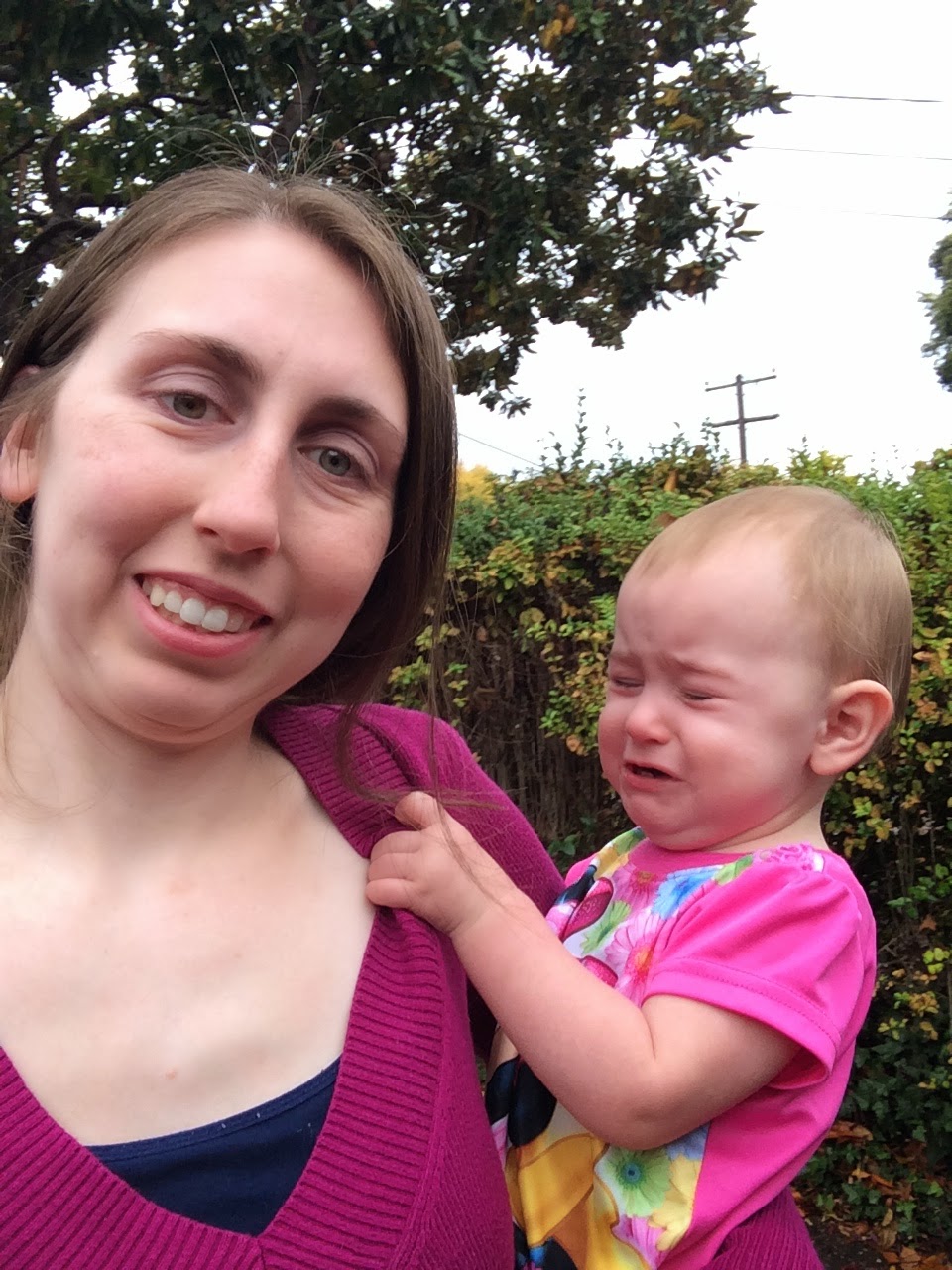 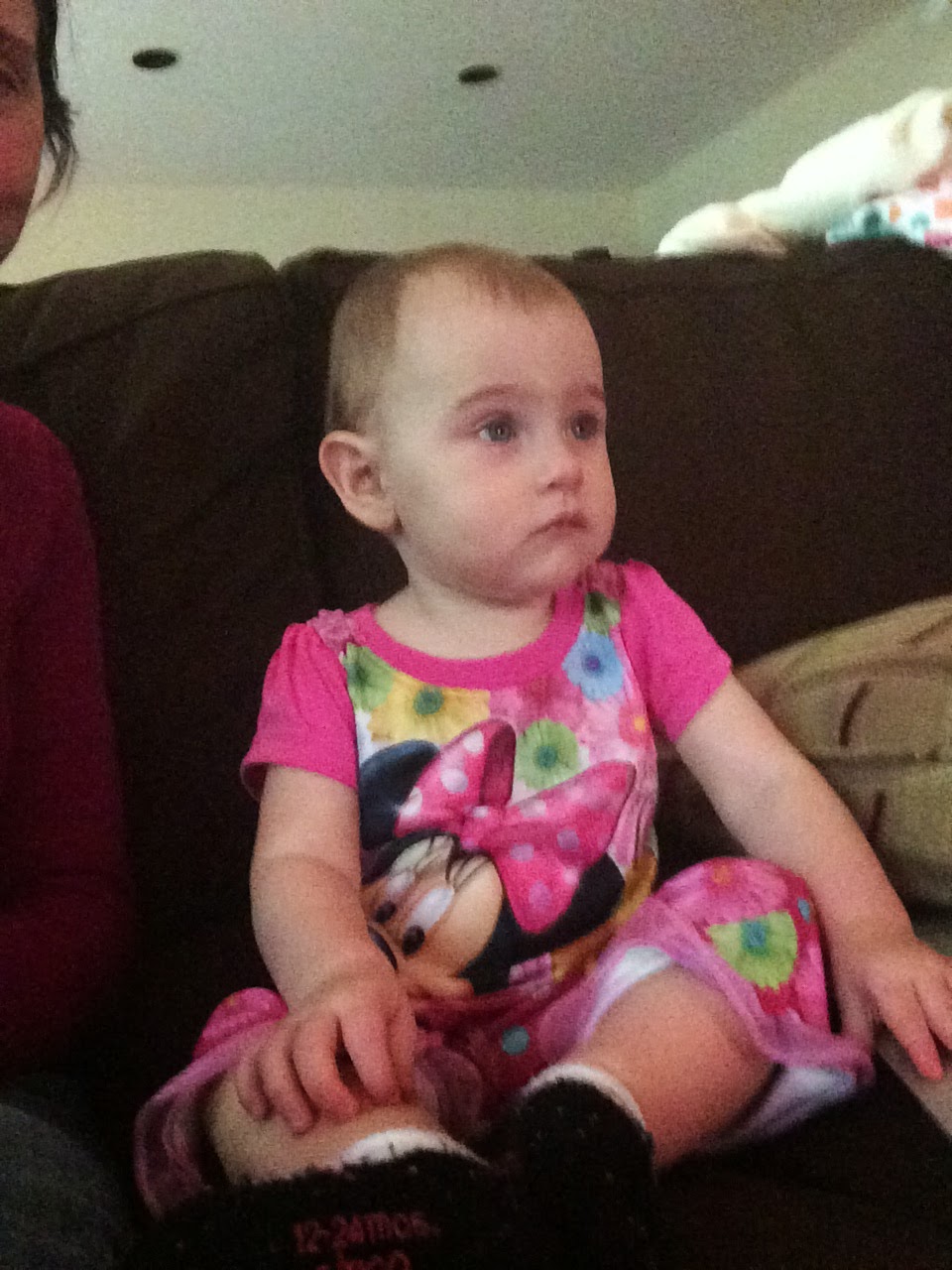 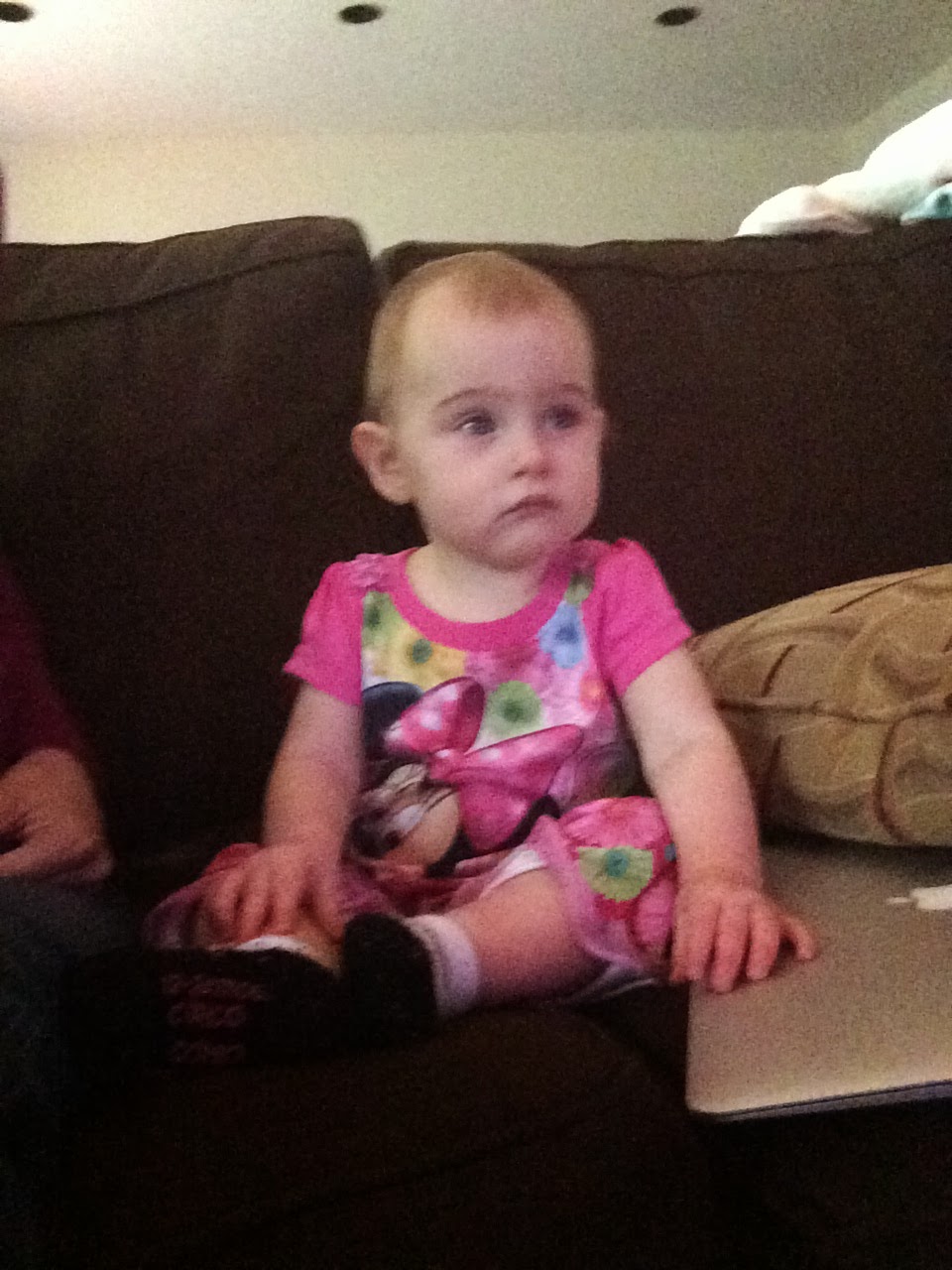 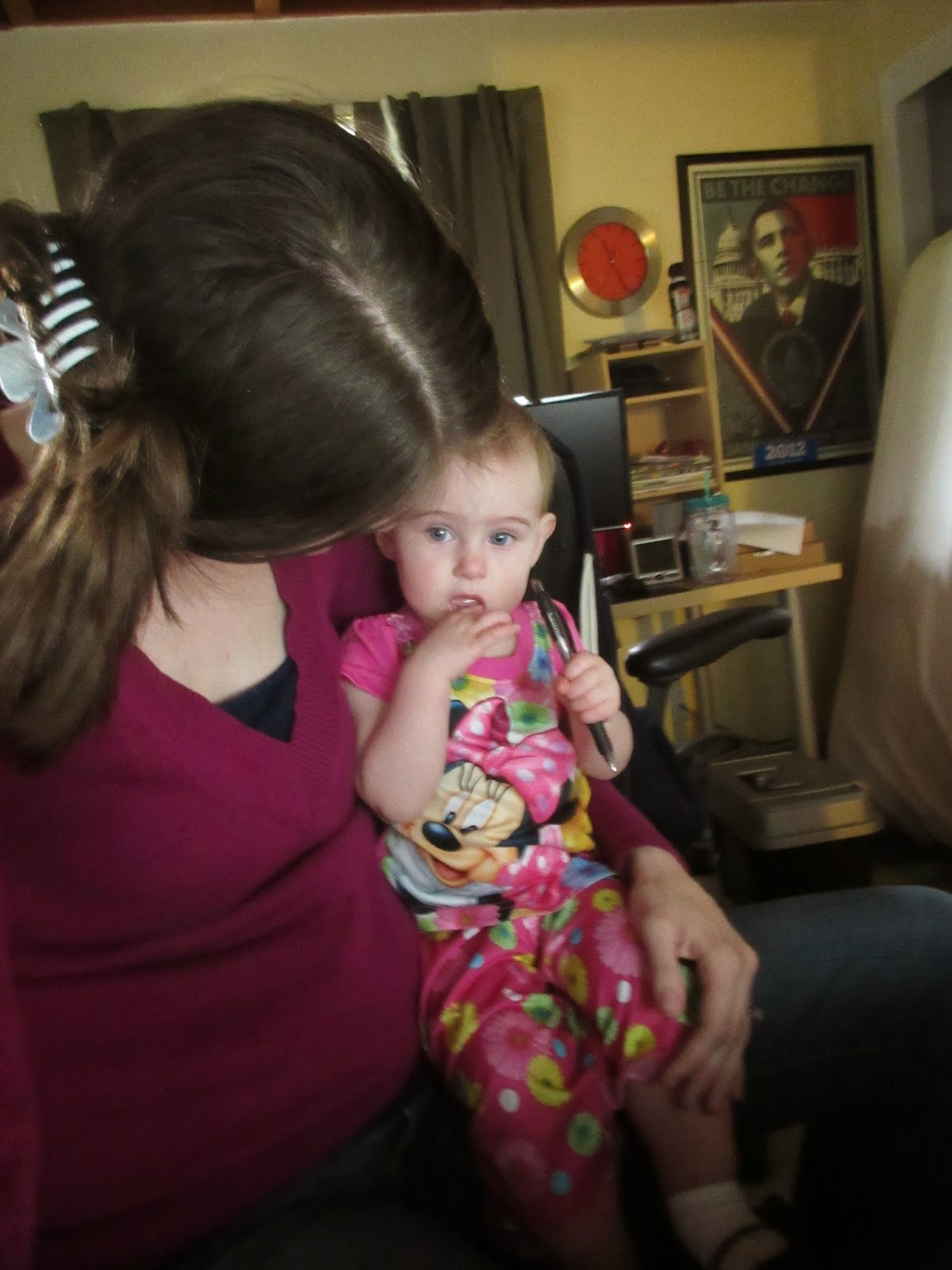 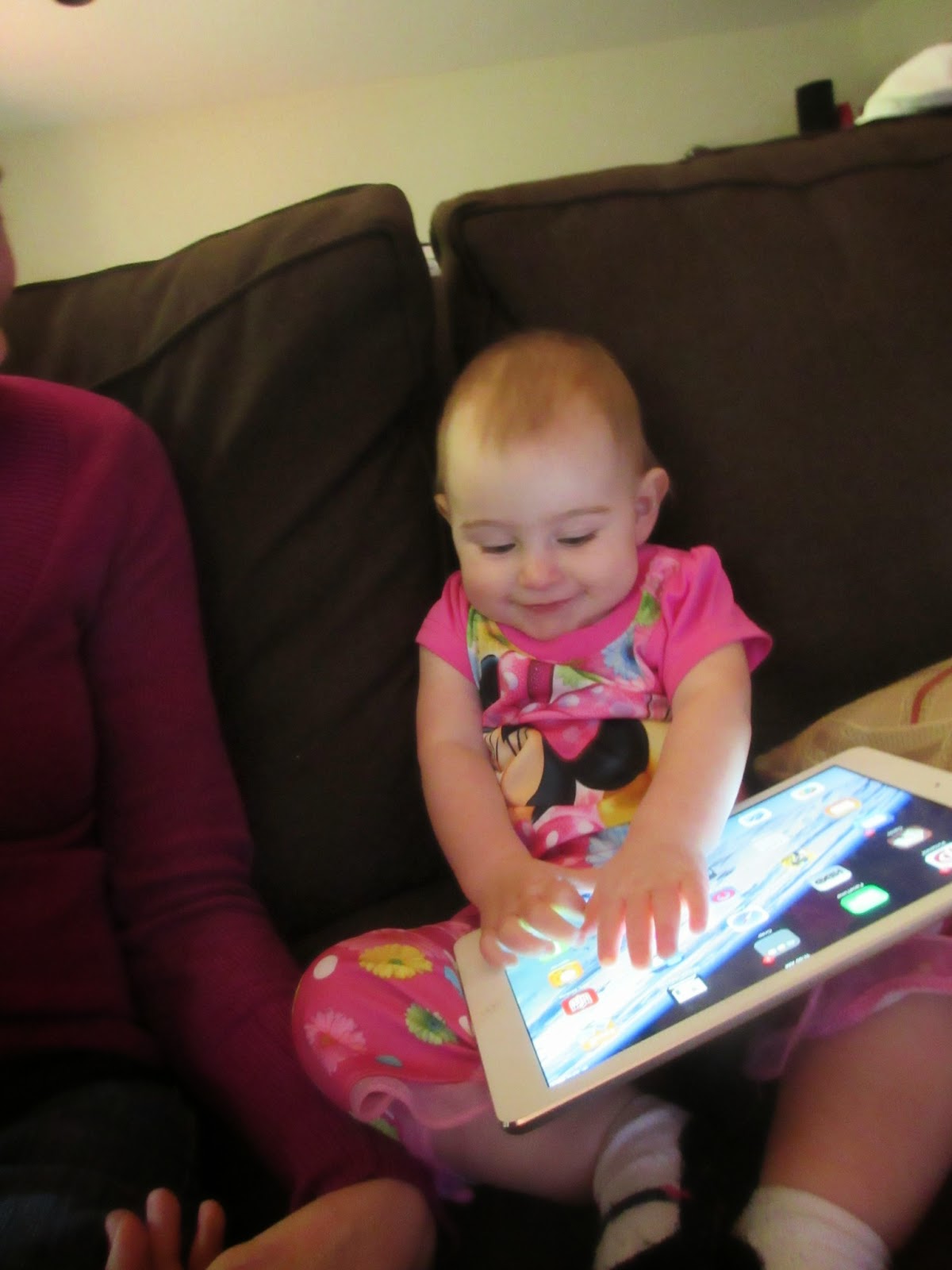 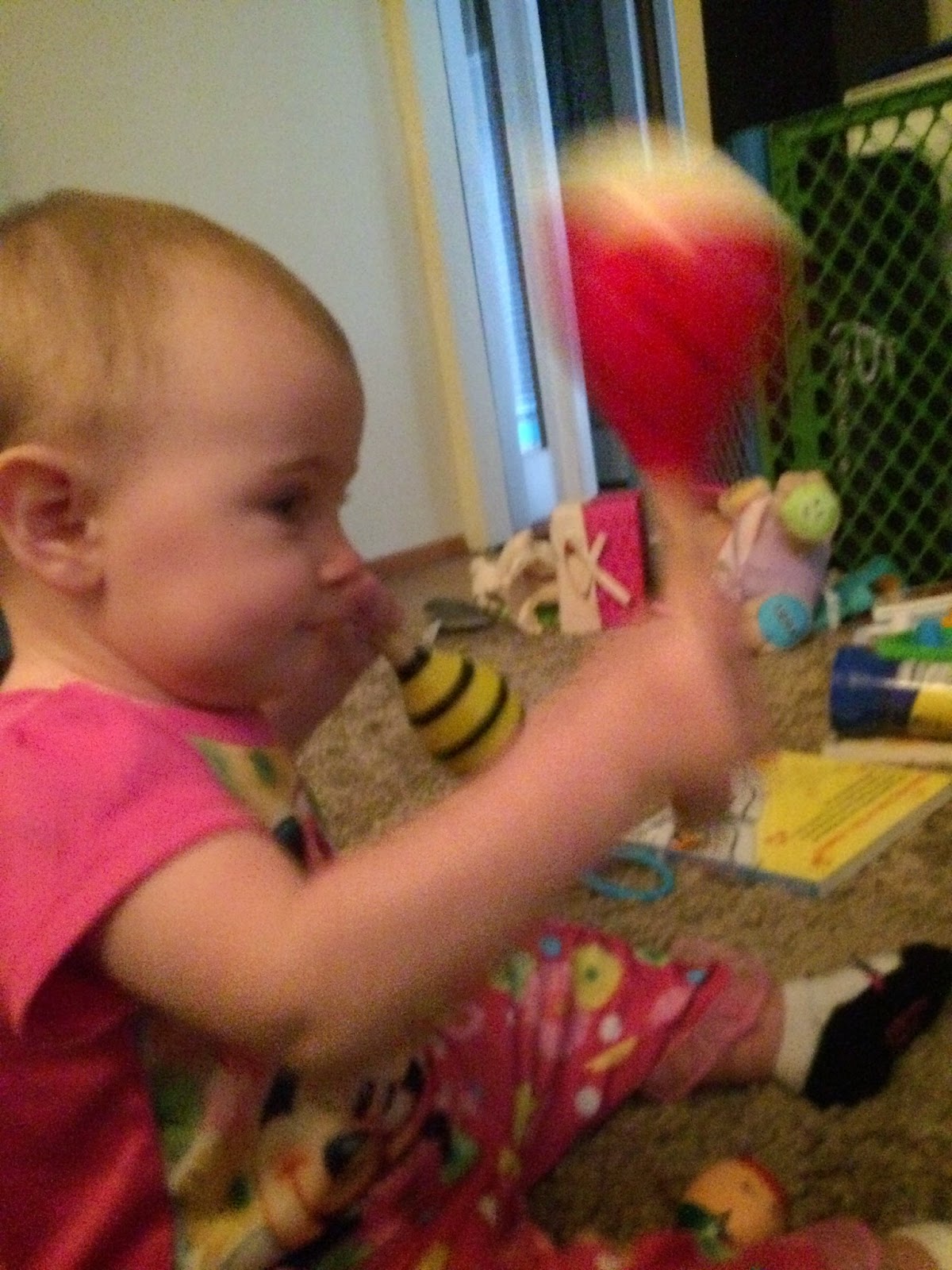 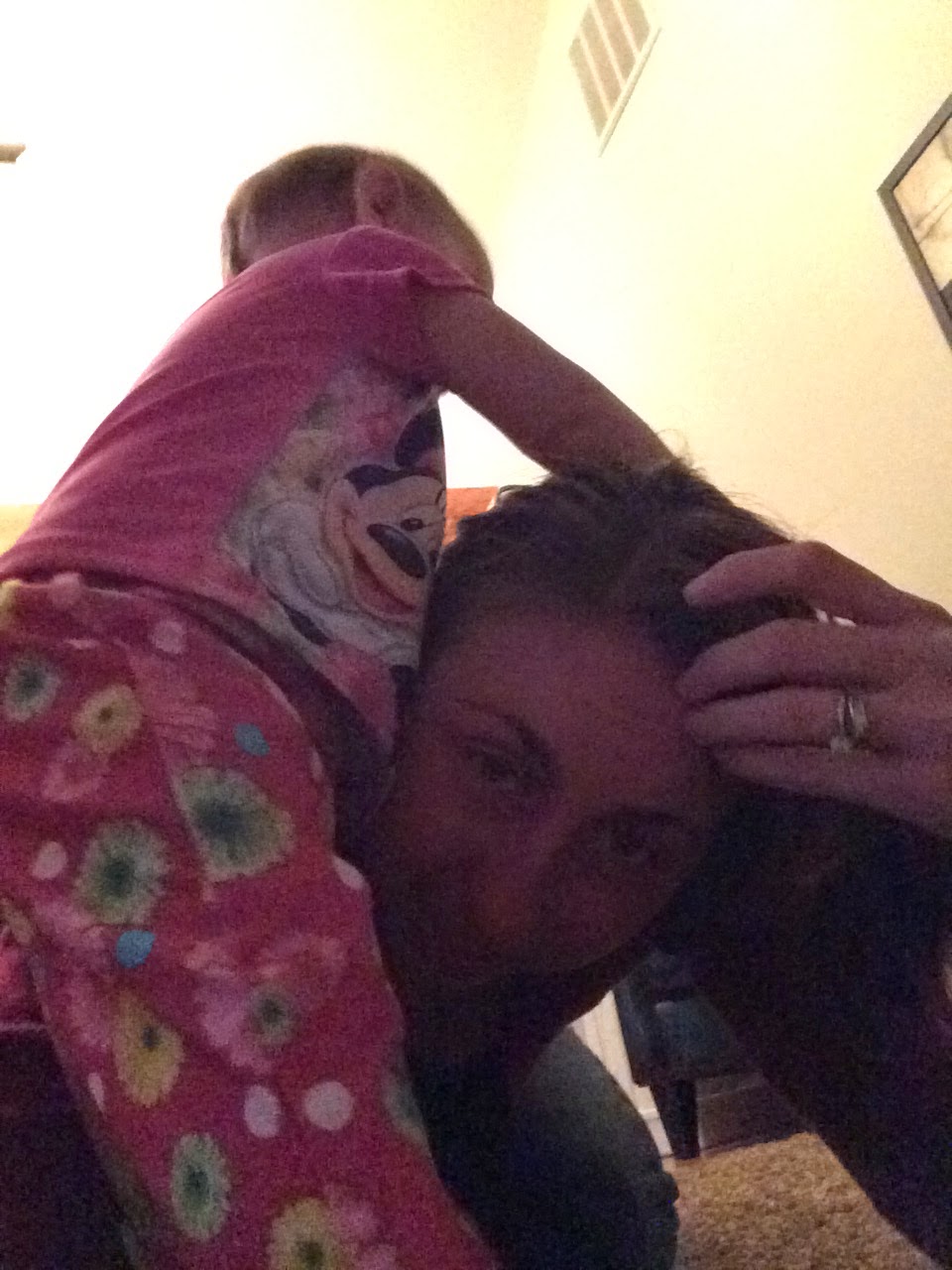 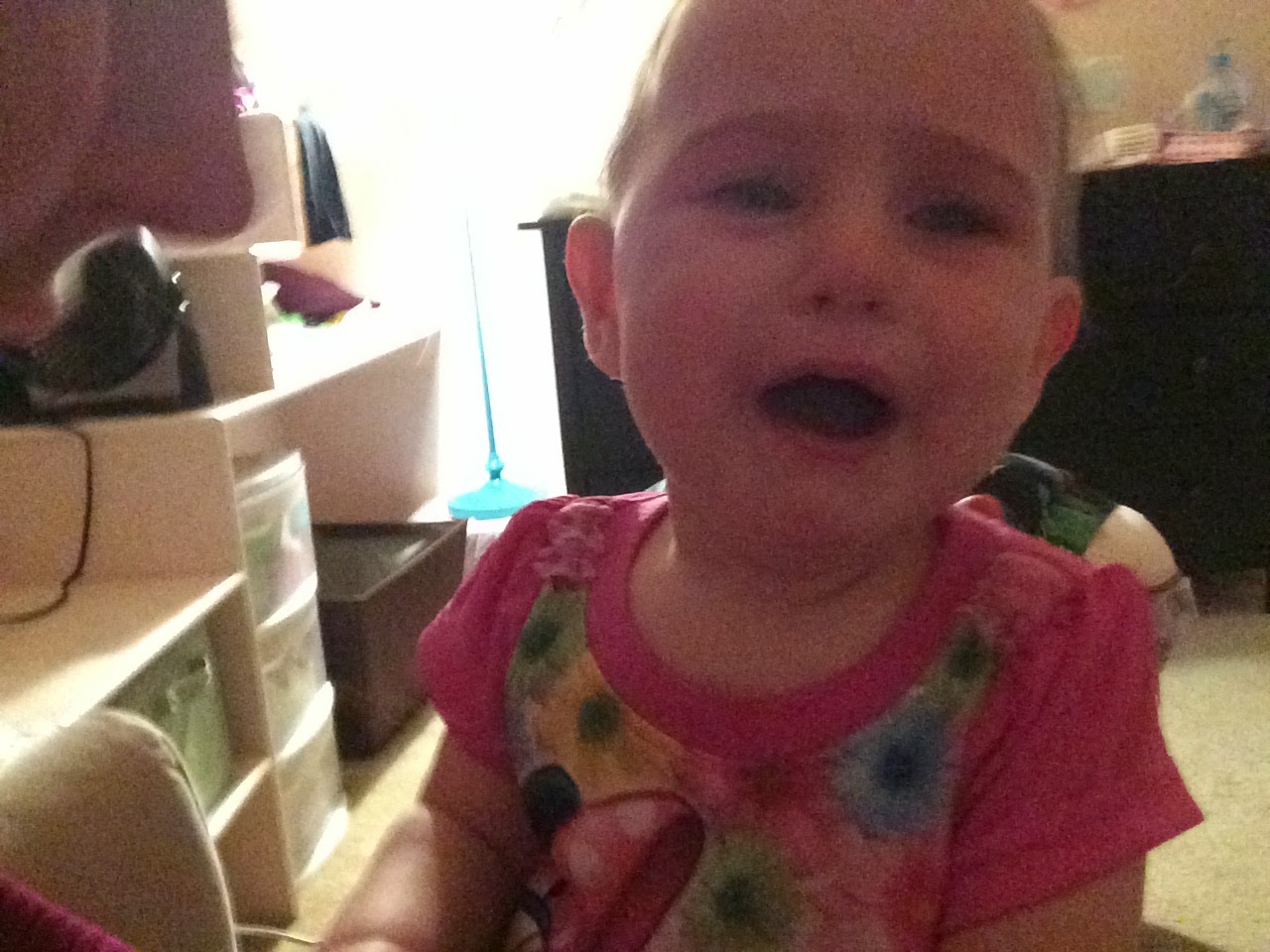 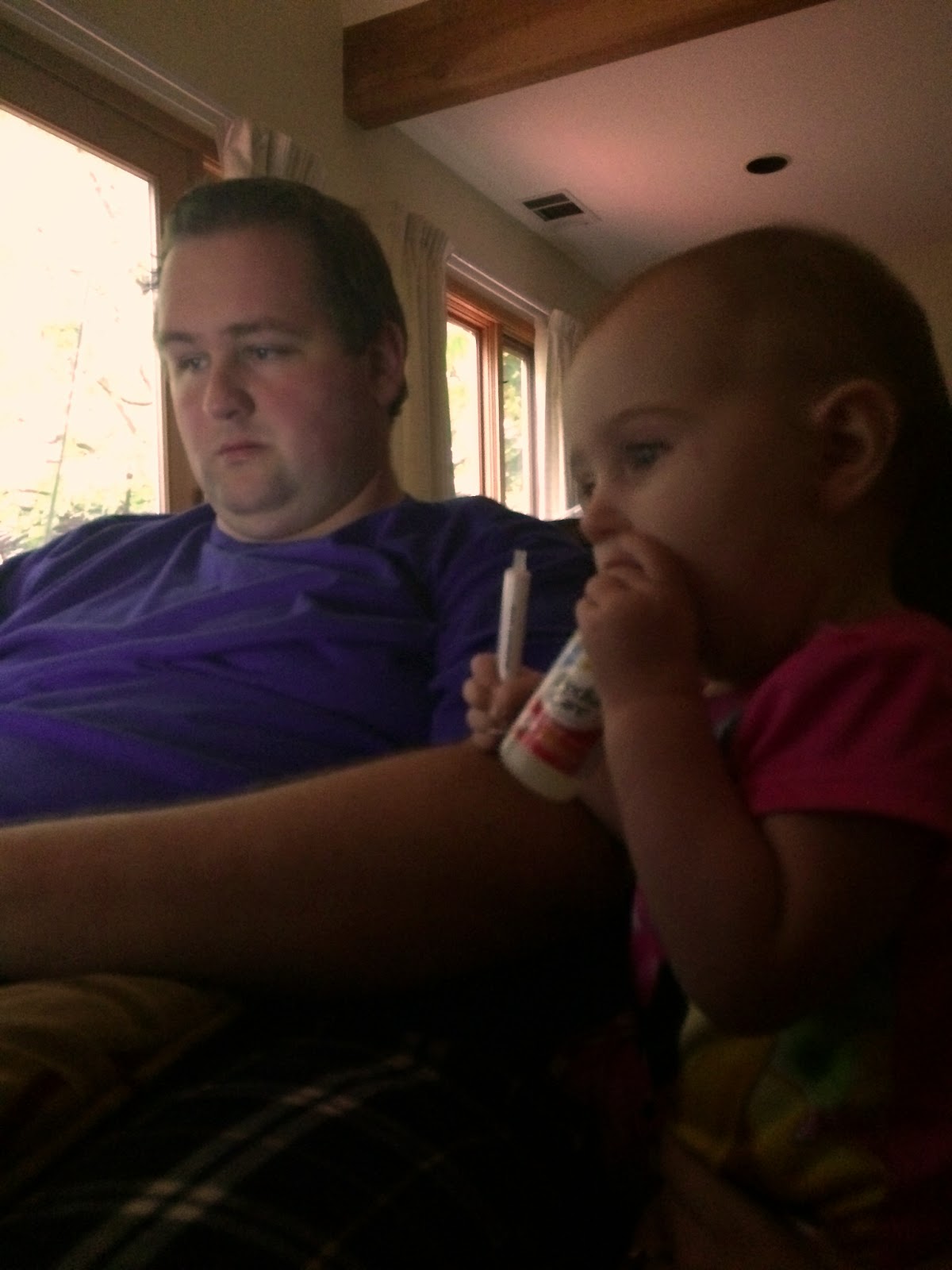 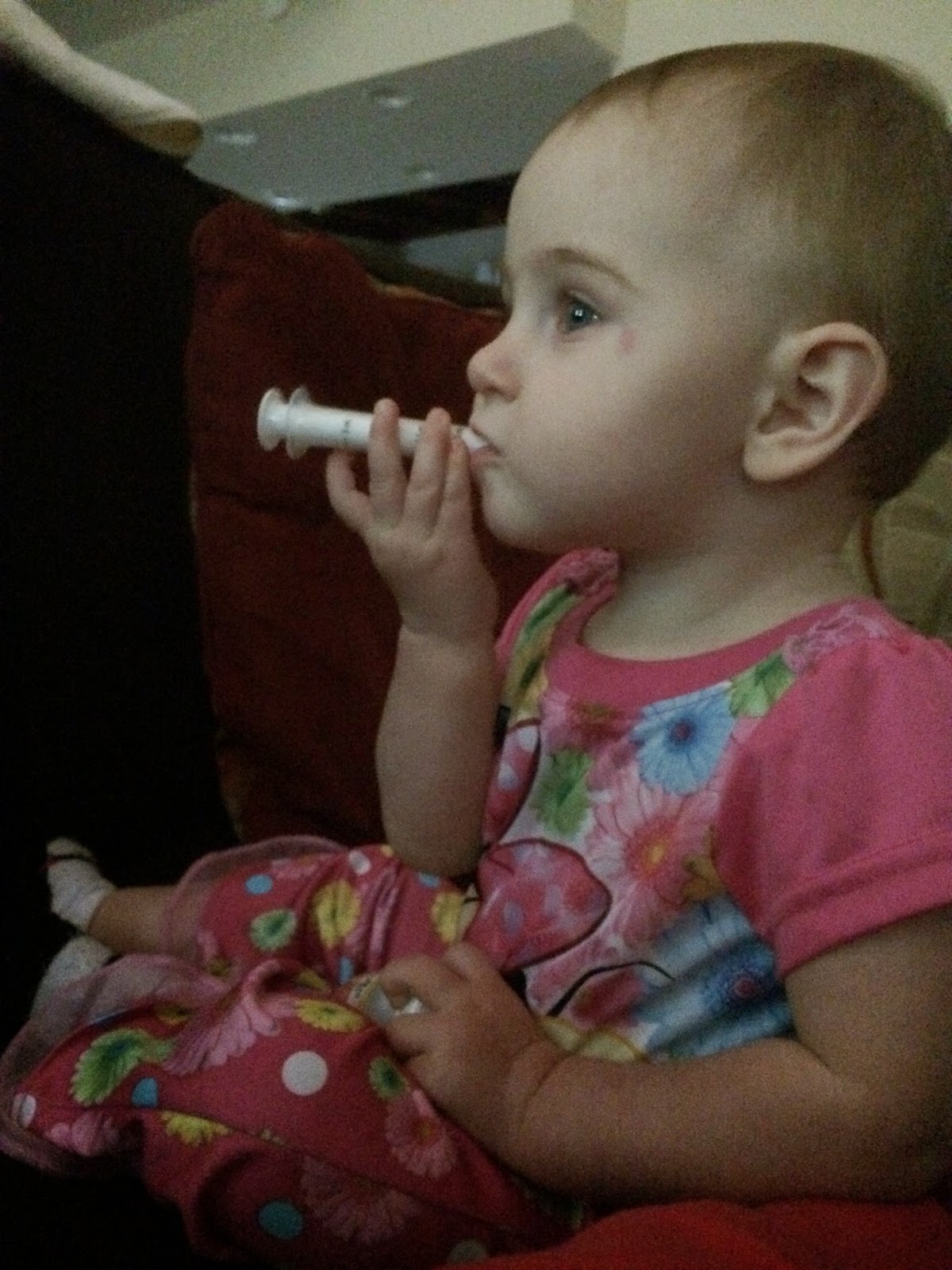