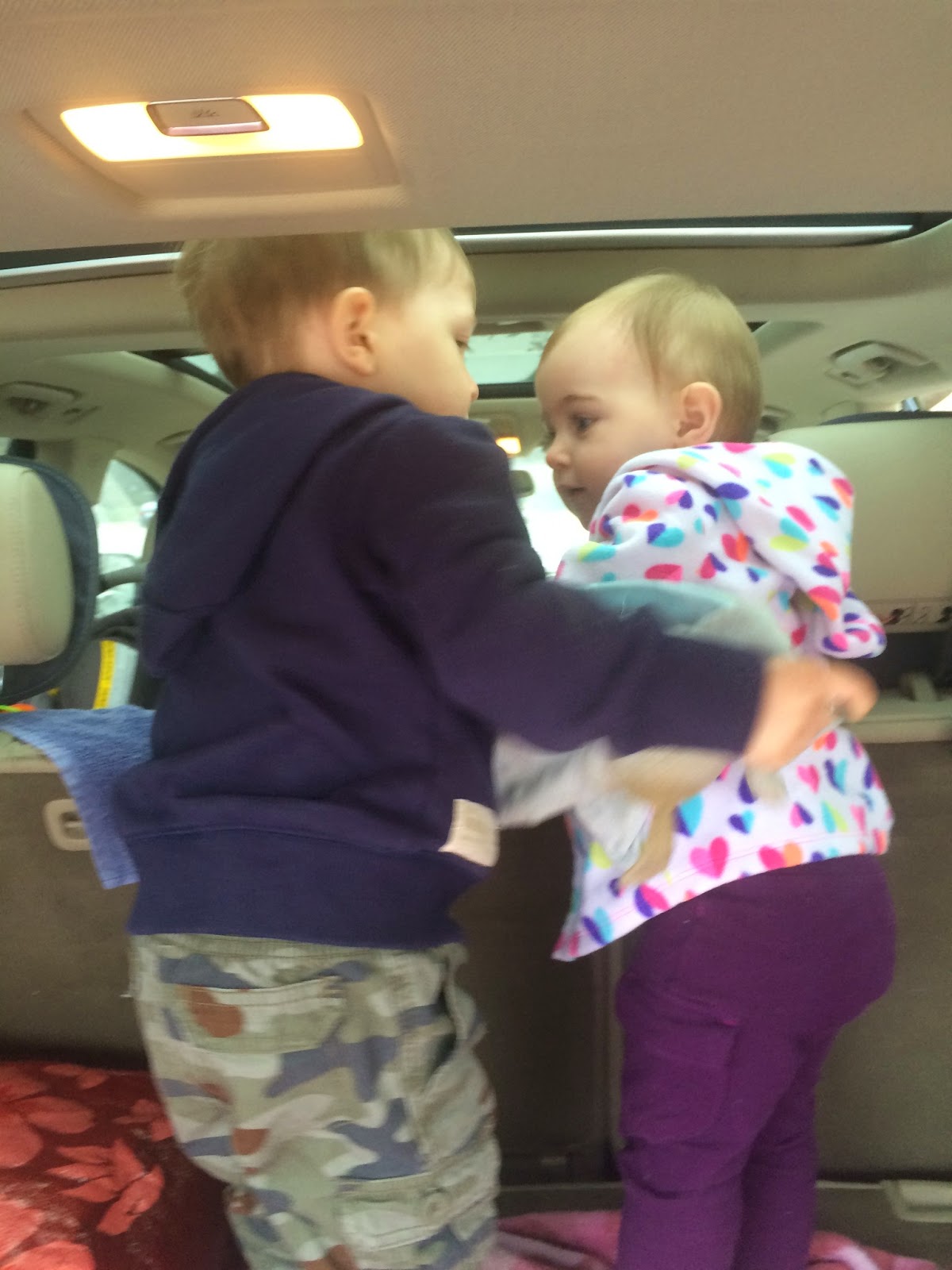 Ella woke up at 7:45. I think she woke up with she heard the toilet seat clang too.   She slept almost 12 hours! 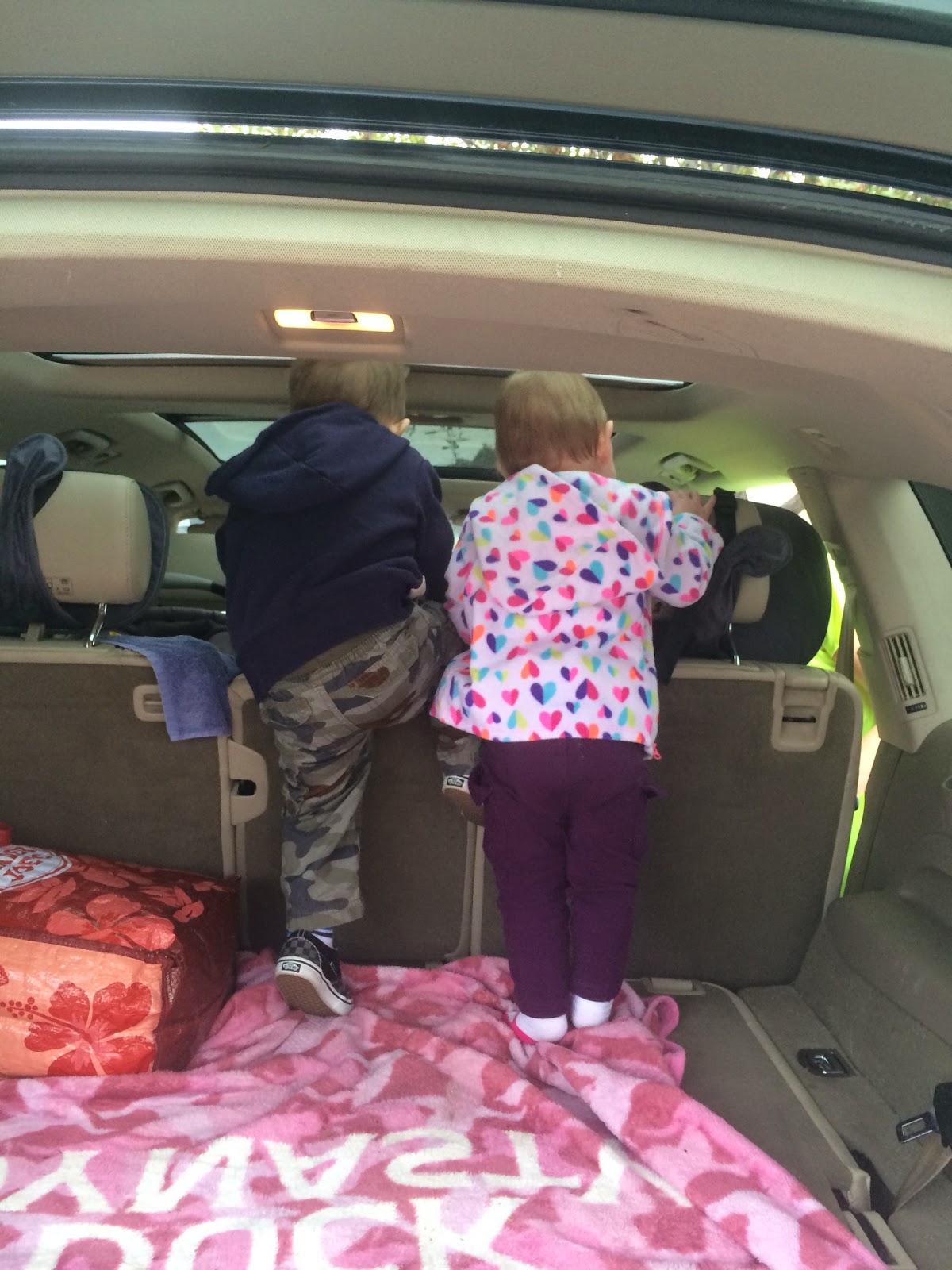 Then we went to run with Beth and Gio. They didn't have time to play but we hung out for a little after just standing at the car. 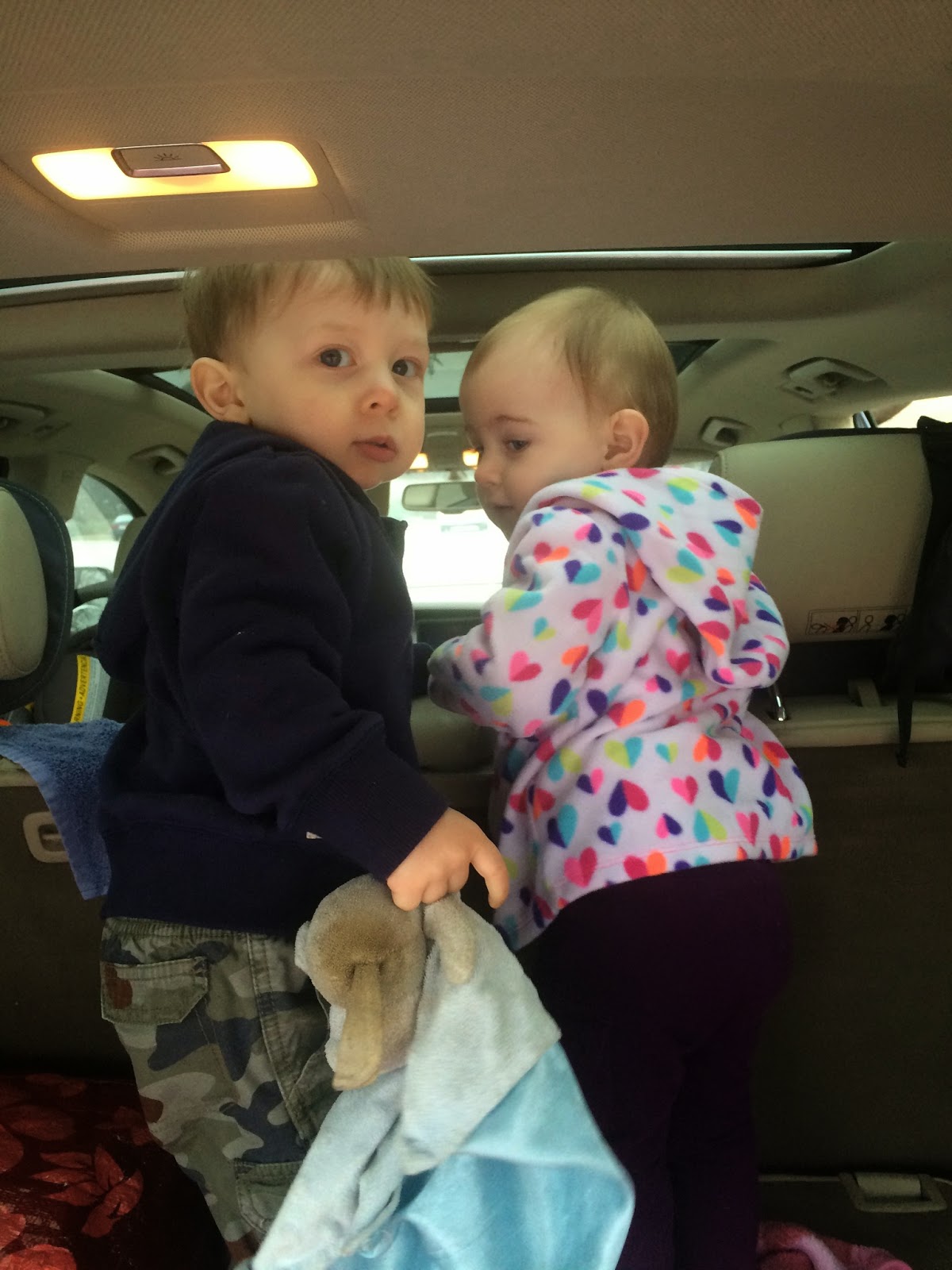 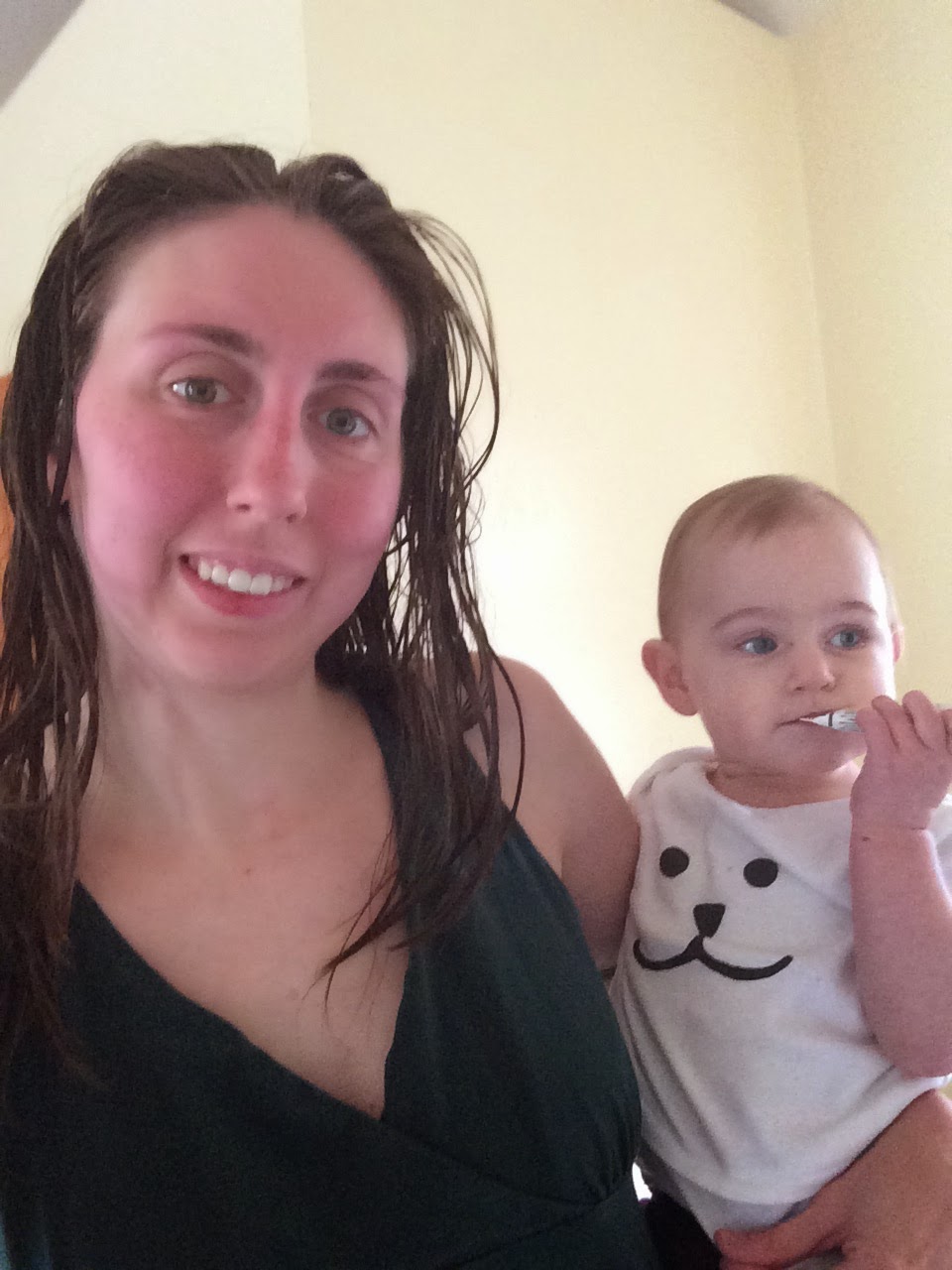 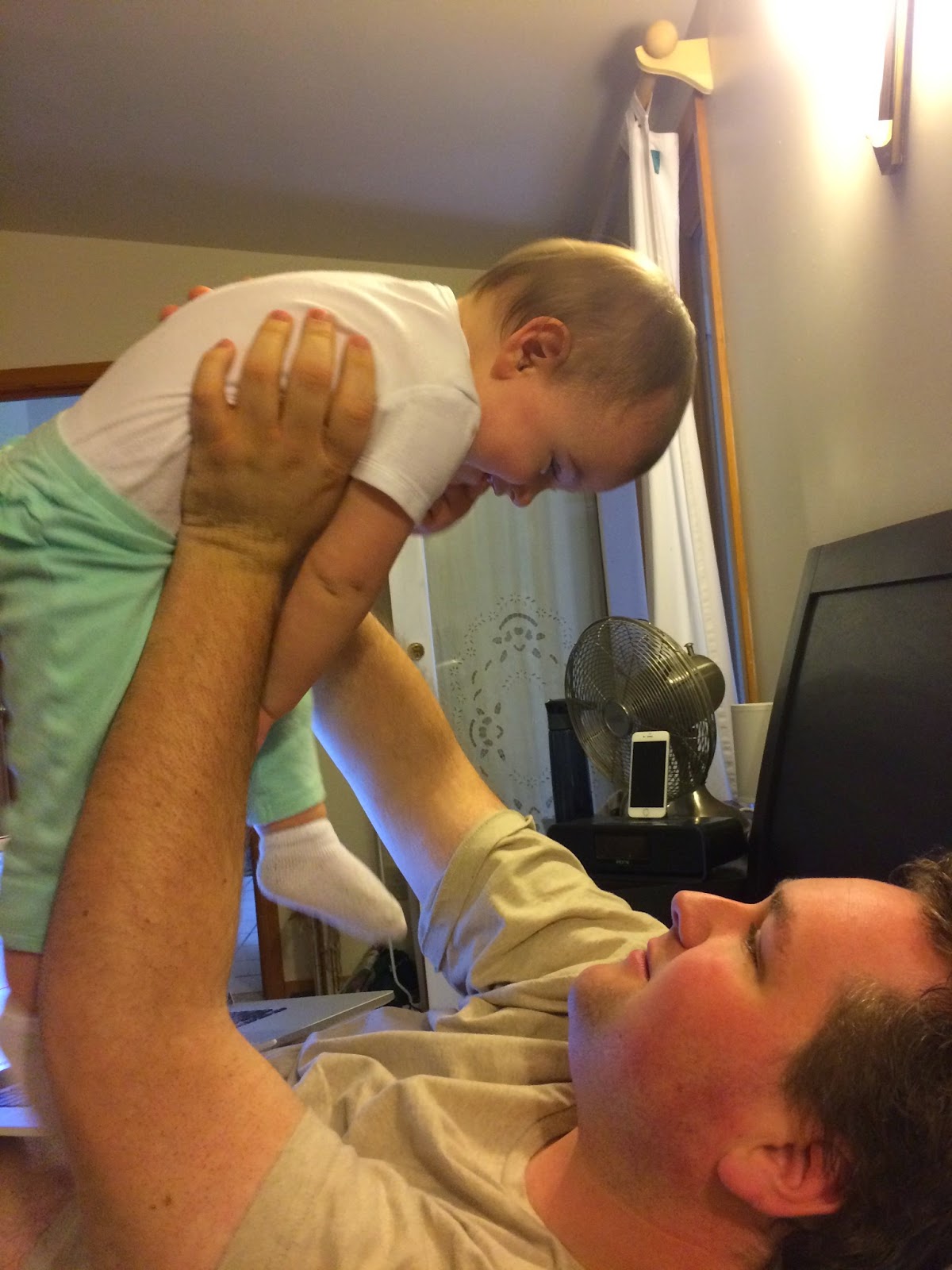 I got home around 10 and Dave was just waking up!  He worked for 2 hours then he went for blood work then he went and picked up lunch for him. I said I had leftovers. I didn't eat when he did because I was getting Ella snacks.  I thought I'd eat during her nap but I did not because I slept the entire 2 hours.   Ella and I did tons of playing prior to her nap. I did some dishes and stuff too. I also did laundry. 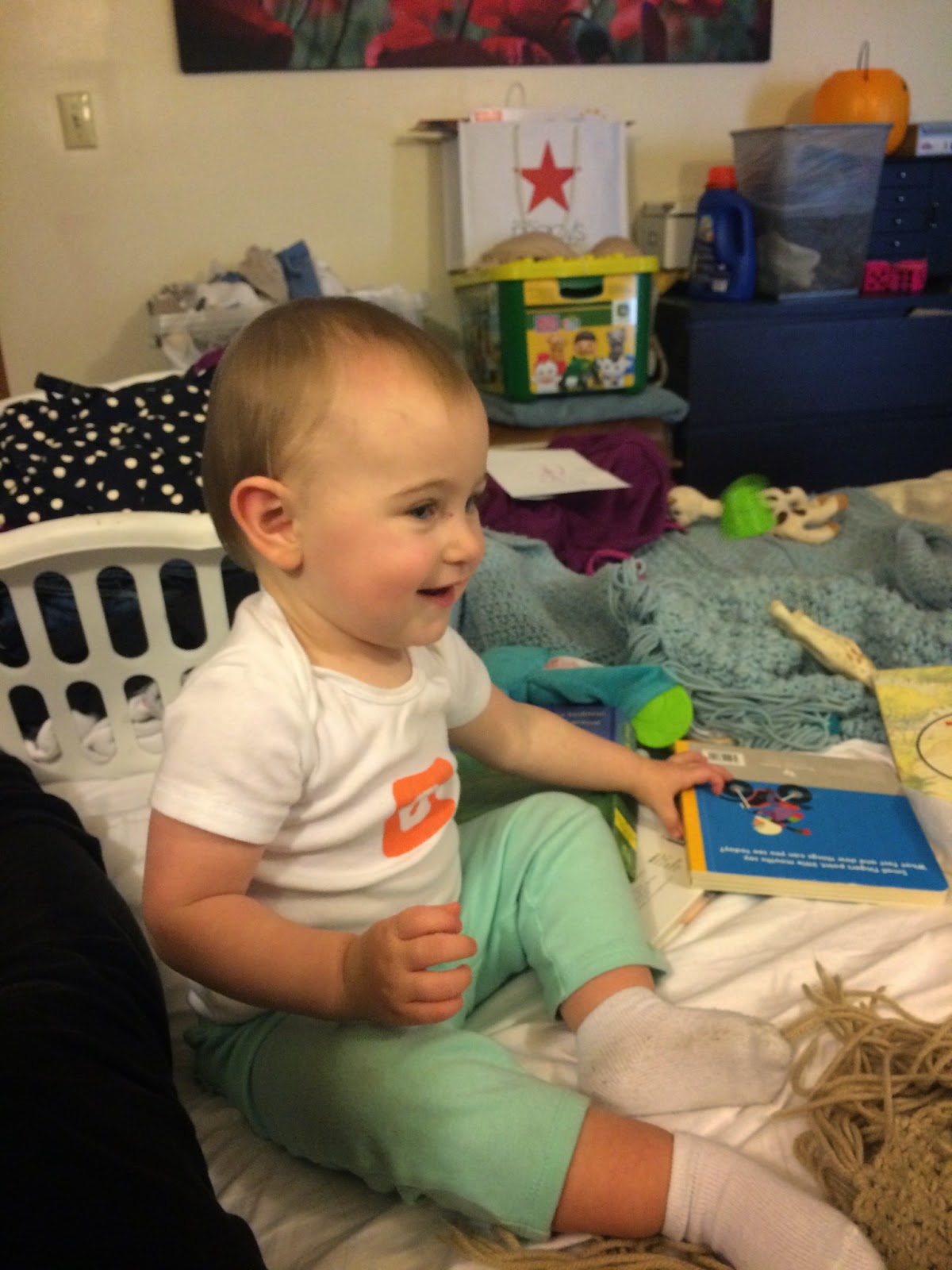 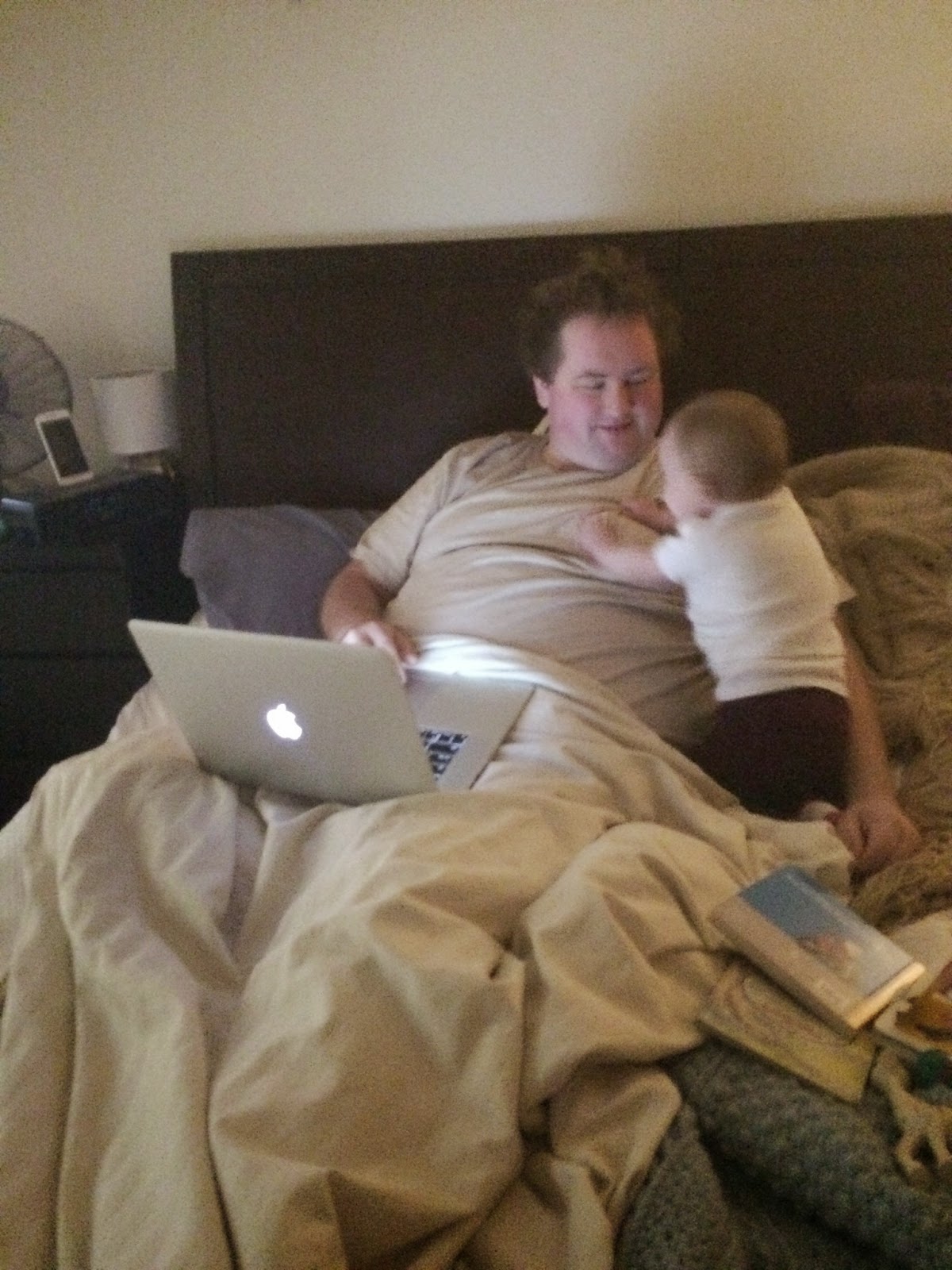 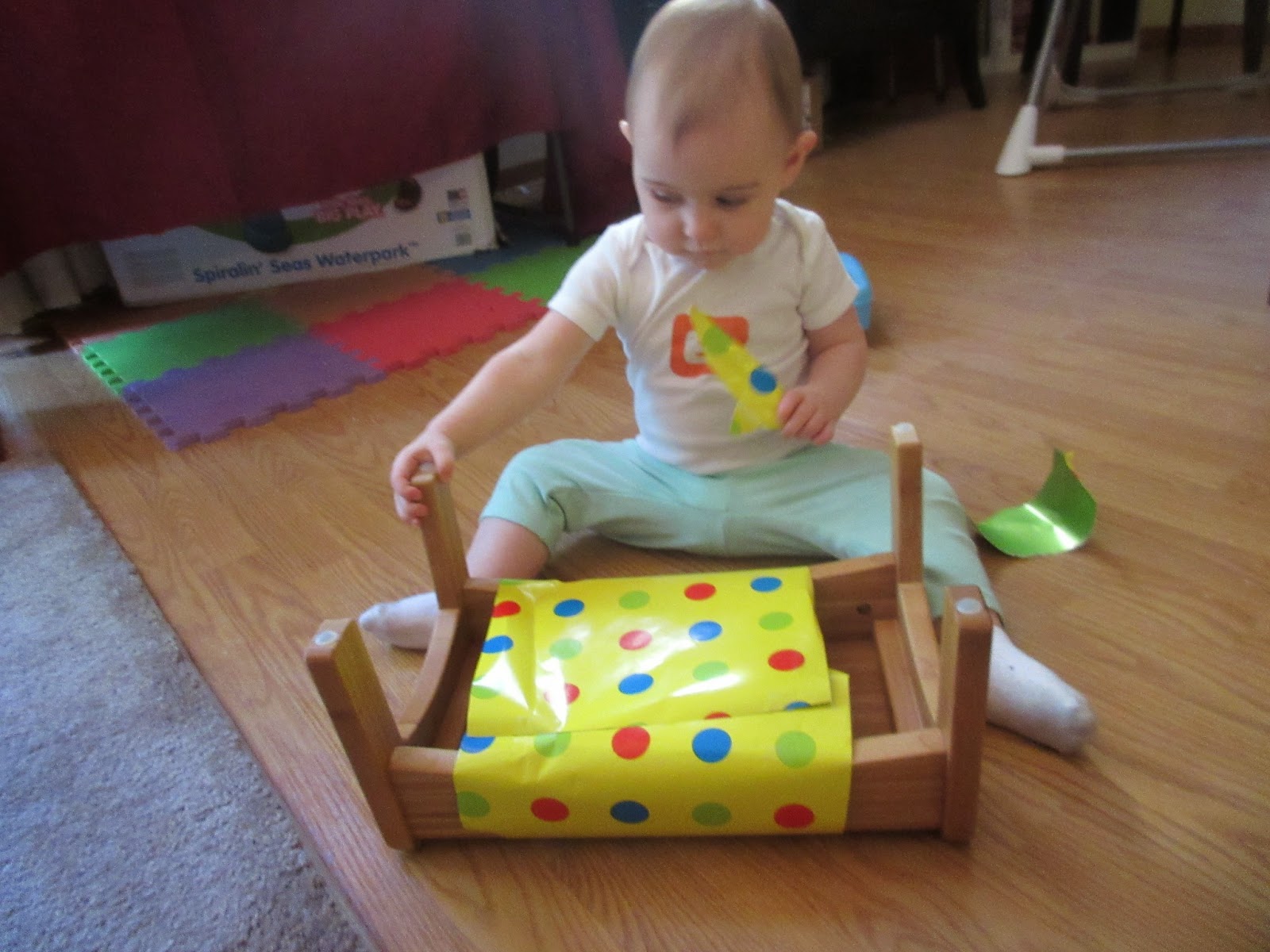 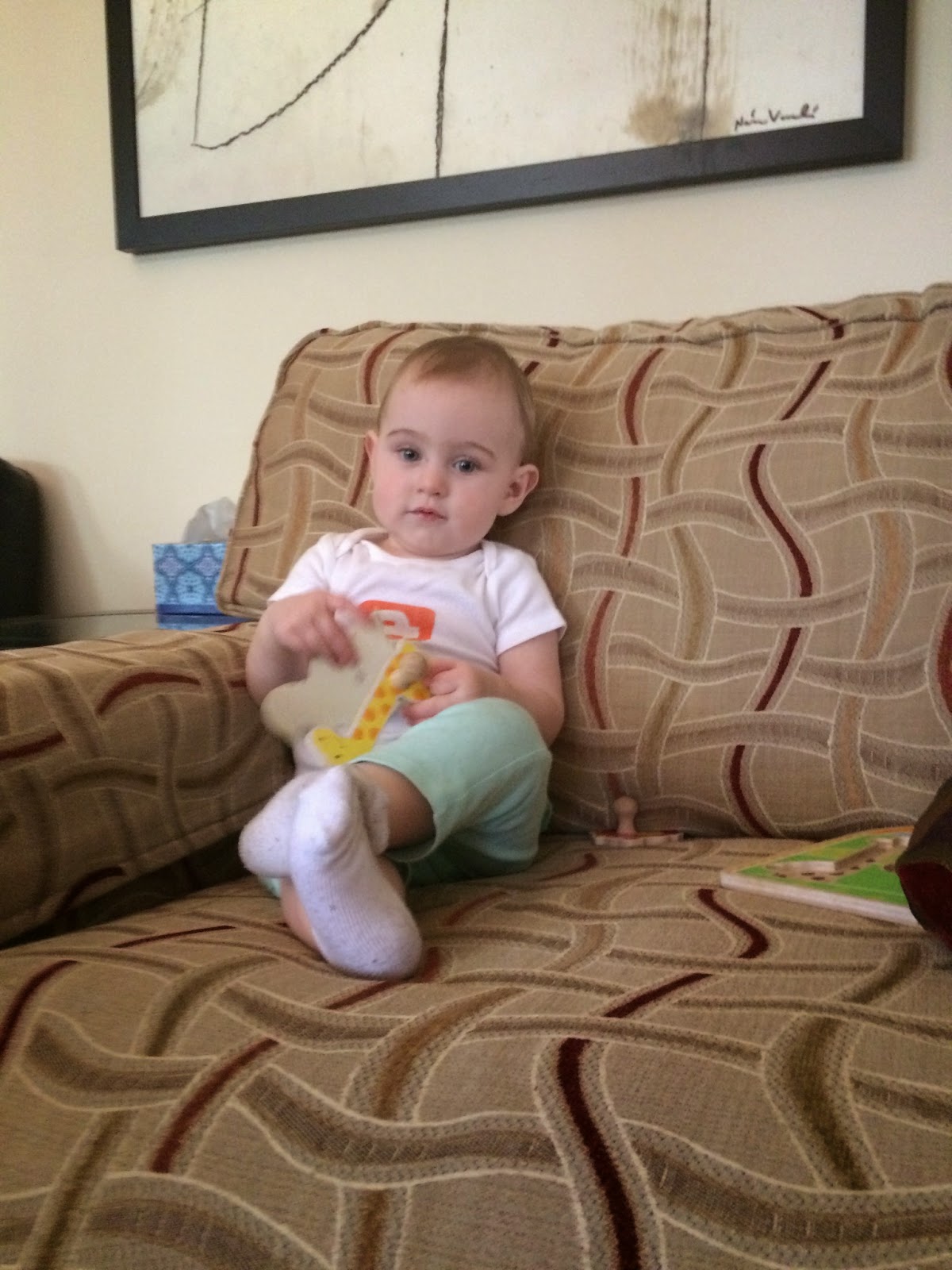 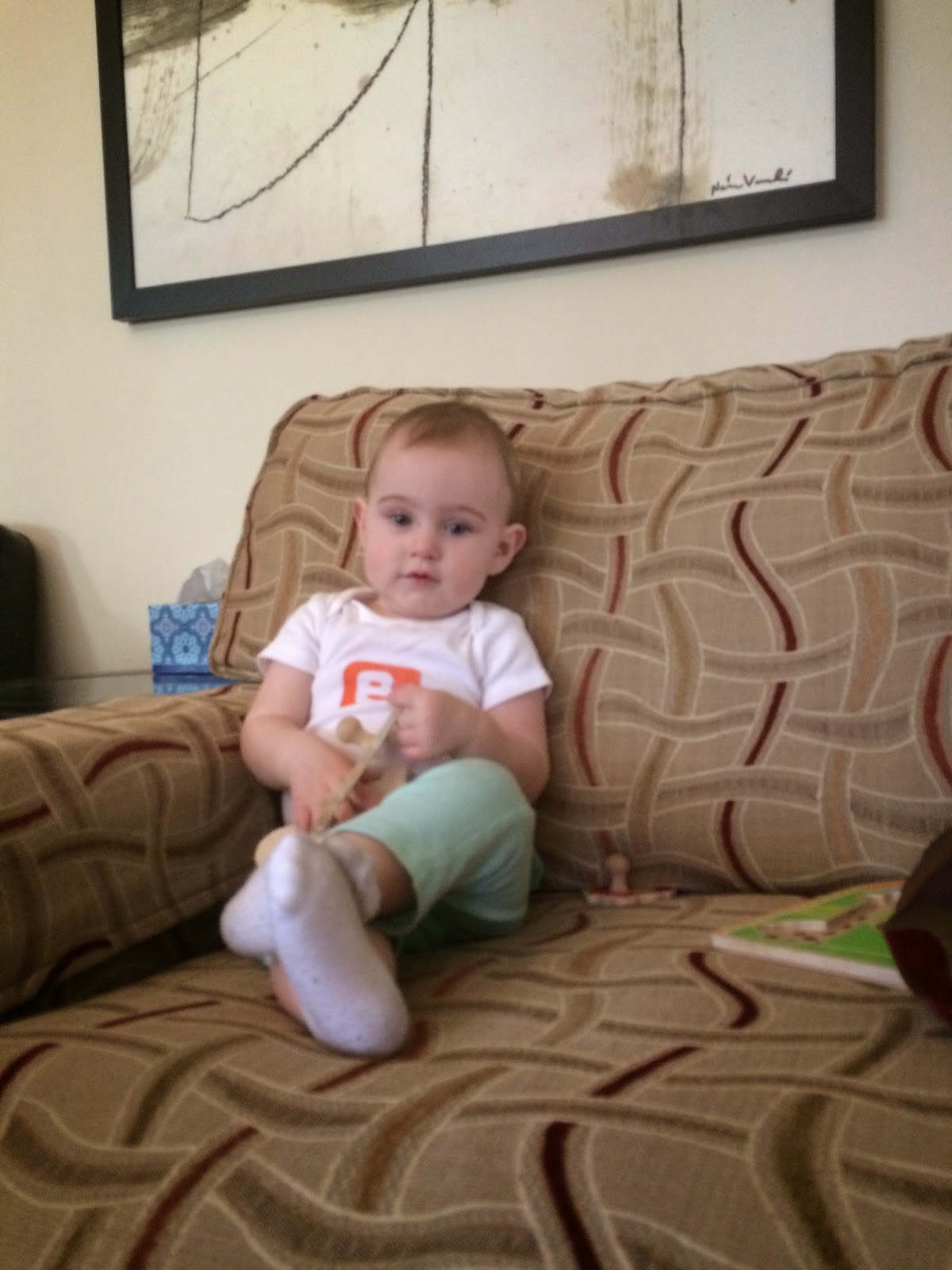 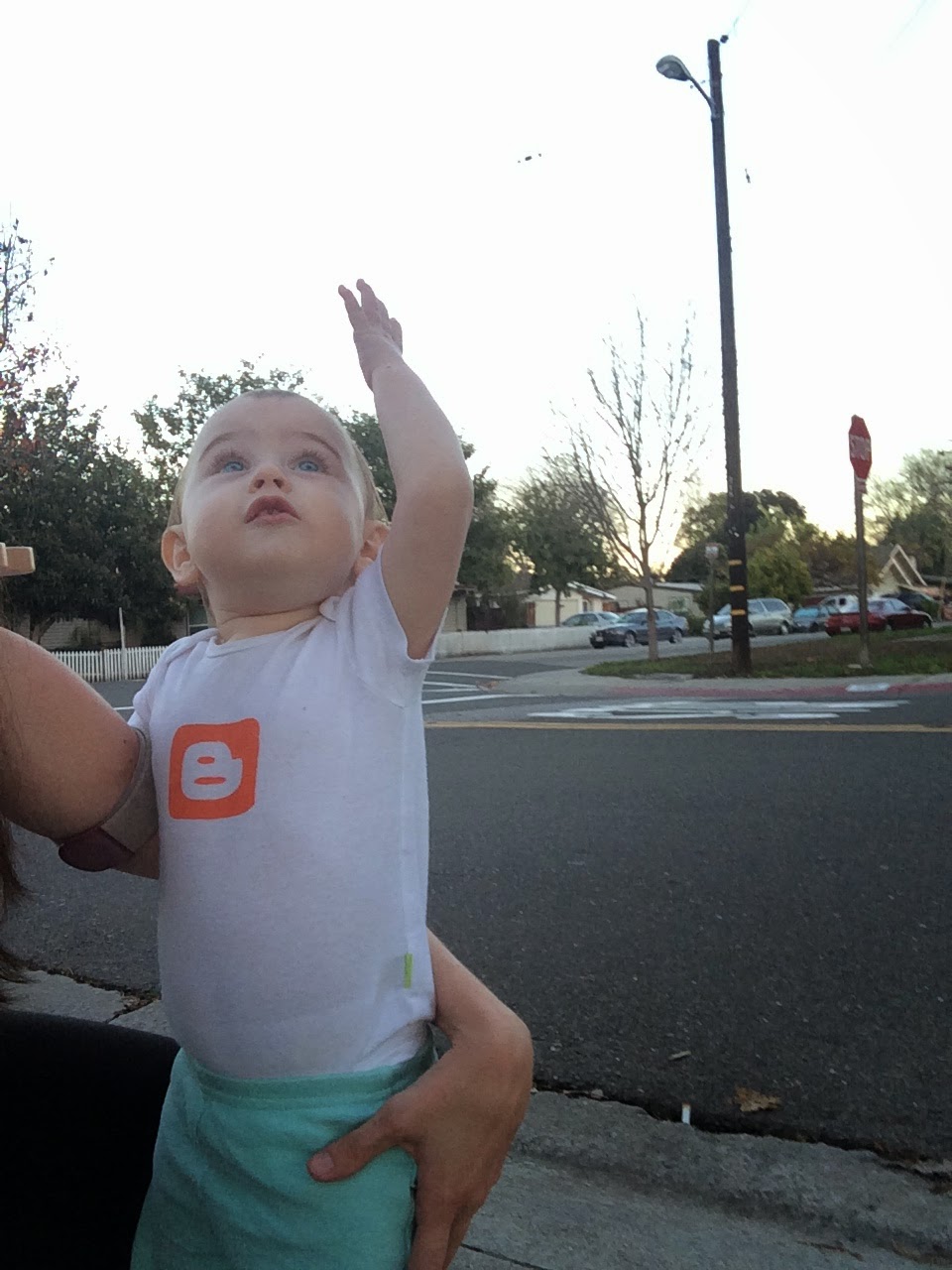 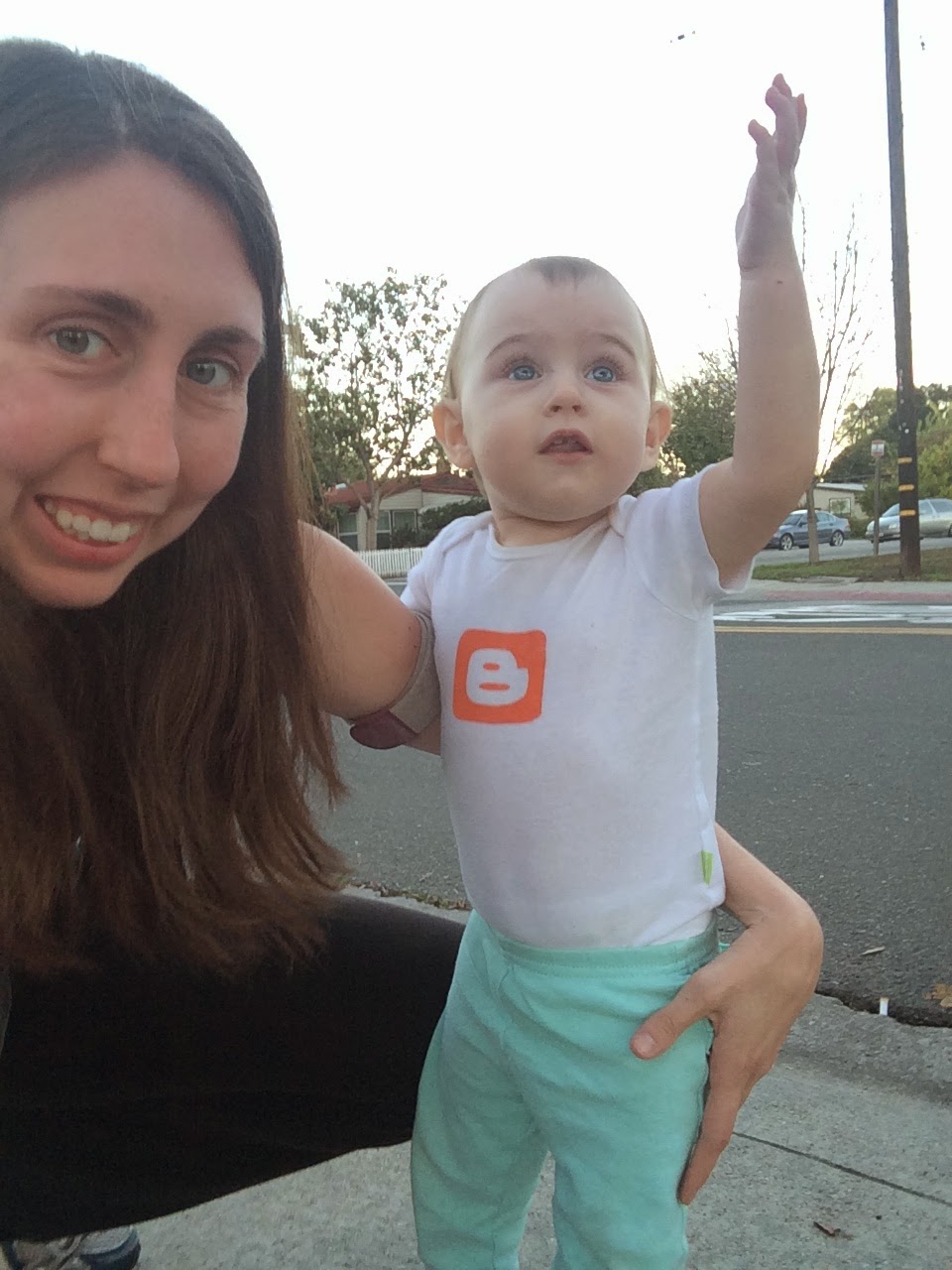 I did enjoy my 2 hour nap.  Then after the nap, Gio and Lily came over for a bit. Almost immediately after we walked to the park and played a little before it got dark. Then immediately after that Divya and Arya came over. We made hand print ornaments in clay. That took a long time. We had to redo them a few times. 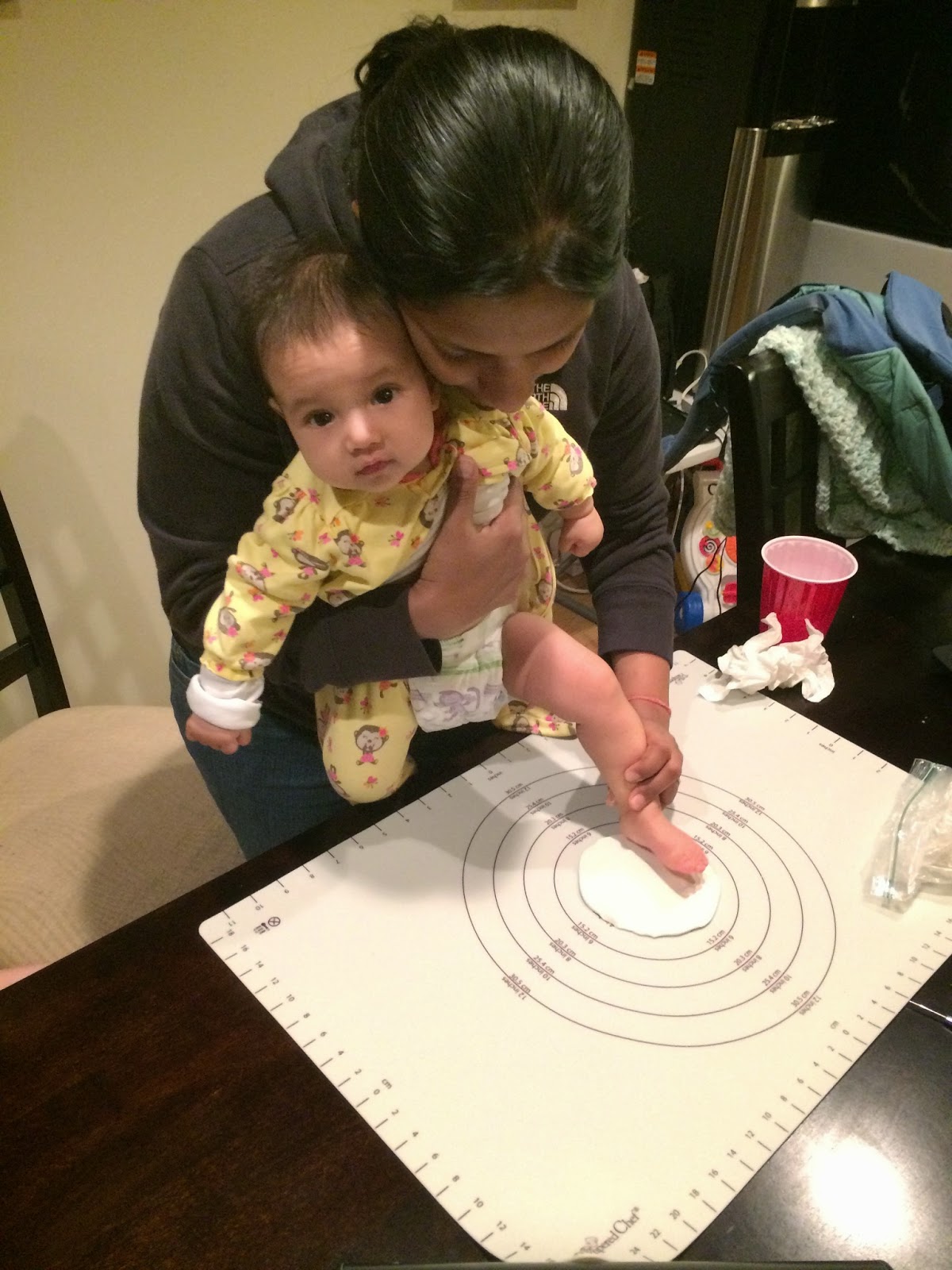 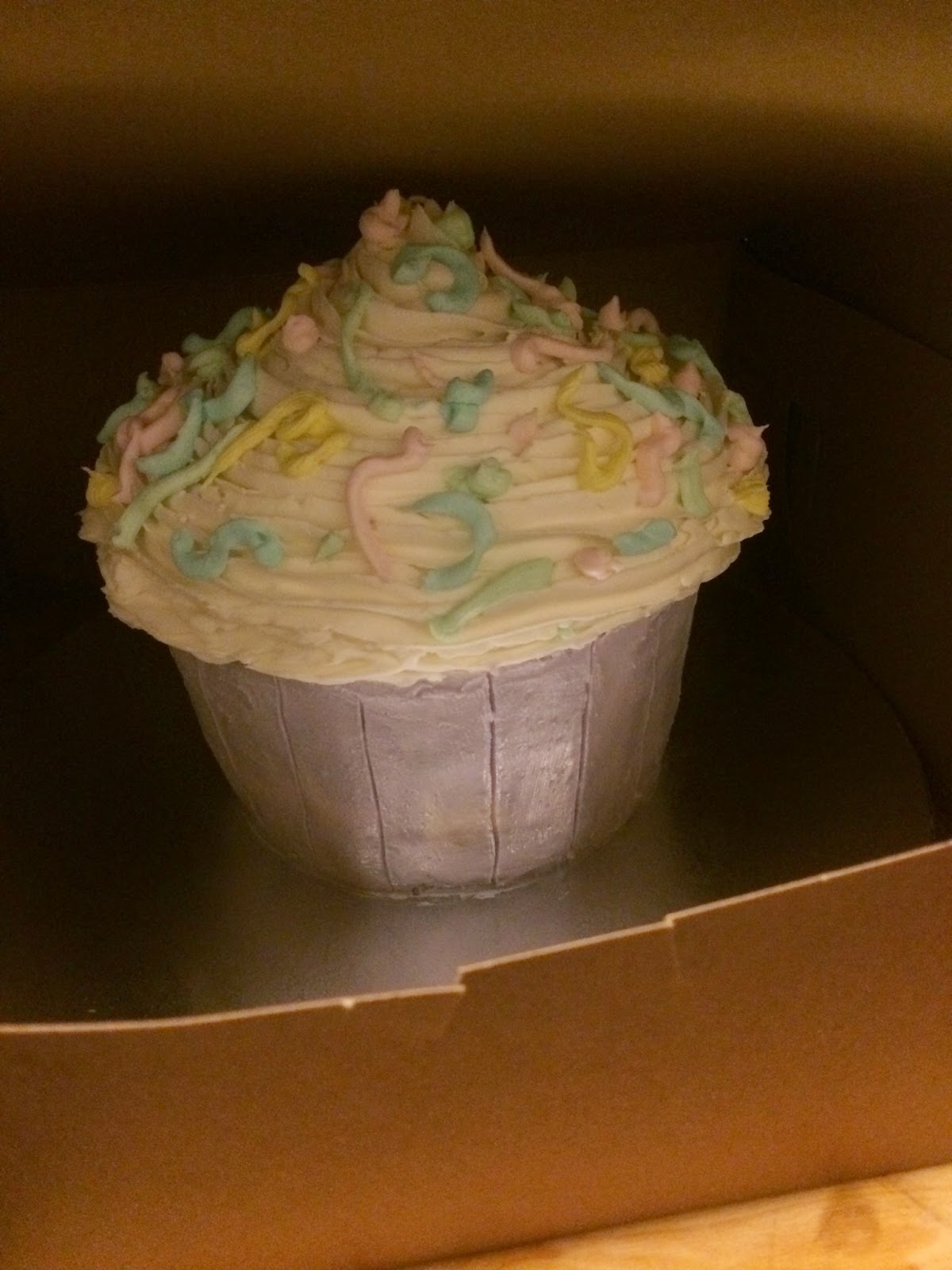 Then we ate. Then Dave came out to eat so we ate more.  Then I thought Ella wanted to go to sleep and we did bedtime routine.  After she nursed, she was so wide awake I knew she wouldn't sleep so I just brought her out to play.  We played. After about 40 minutes, Sharifa came over with her son to deliver the cake we ordered.  Ella and I talked to them for like 45 minutes. 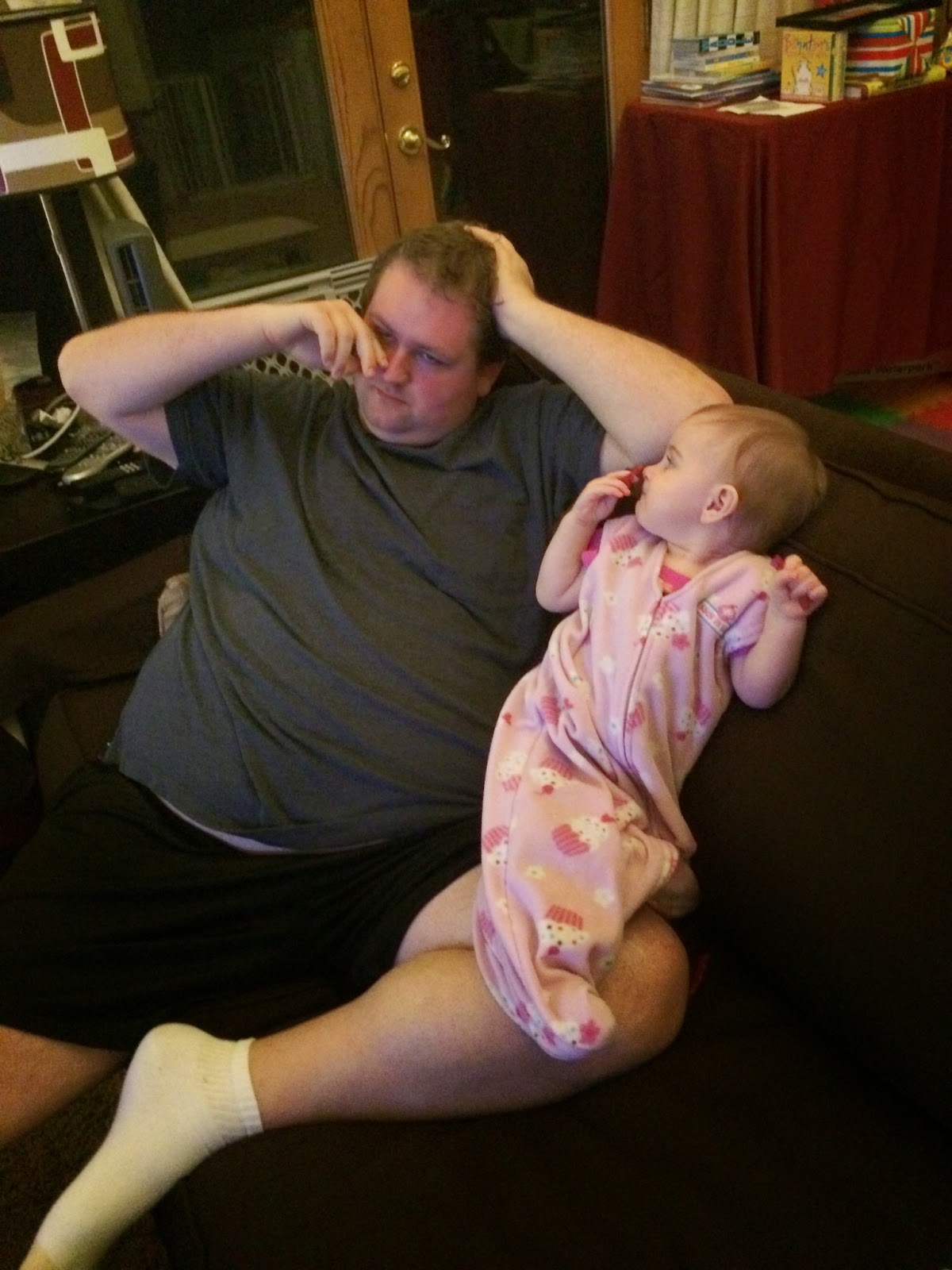 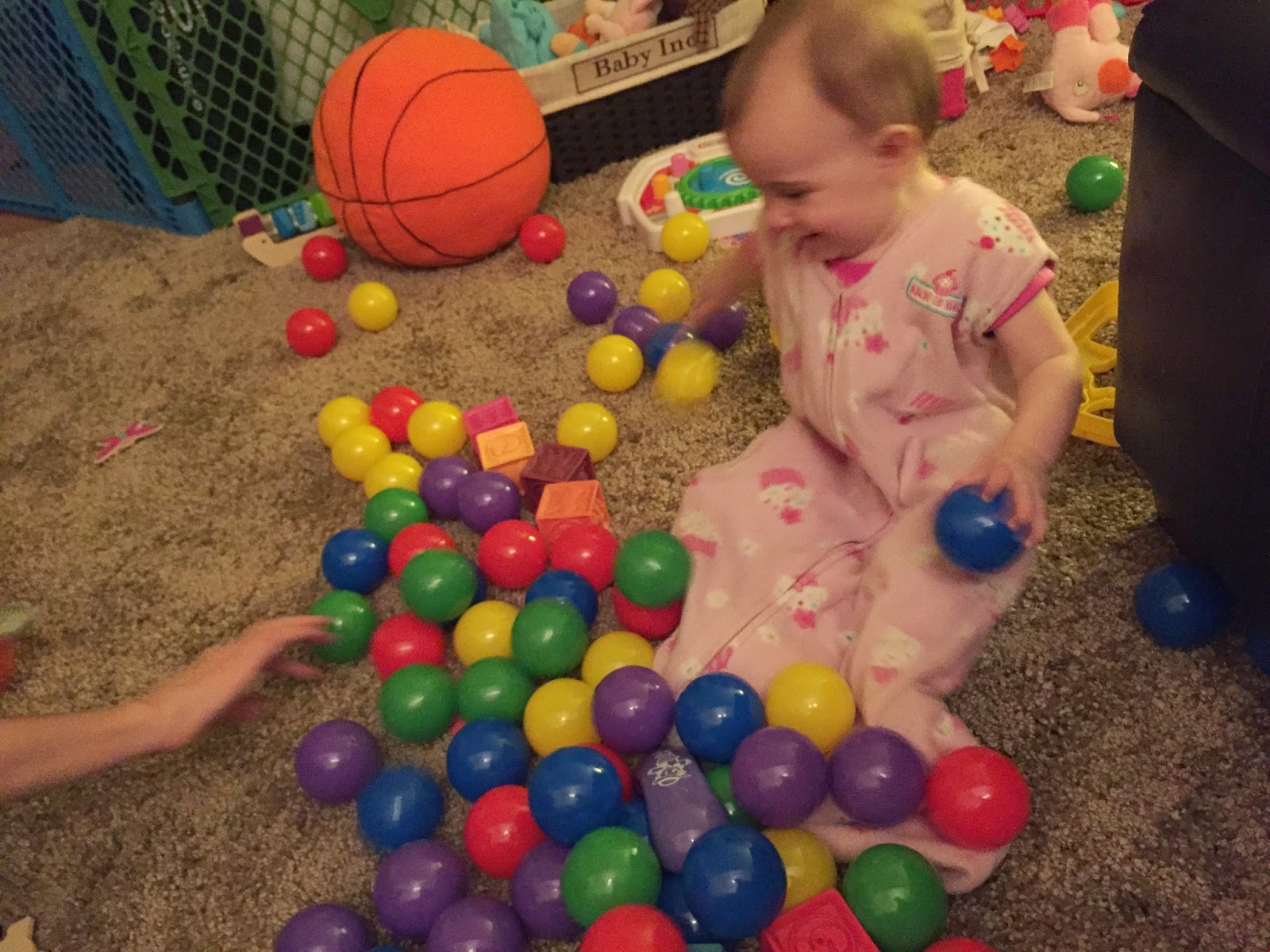 Then Ella opened up a present that had arrived. She had a lot of fun for over an hour.    Ella loved the balls. Then we were teaching her to put them away in the bag. She had fun. She also had fun throwing them.  Then I held 2 and asked her to give the purple one to Dave. She did. I thought it was a fluke. I picked it up and swapped hands and asked again. She did it. She did it 3 times. Then I picked up a new color and asked to give Dave the yellow one. She did it. I couldn't believe this.  Then when it was blue's turn she didn't know. But I realized she might not know all the colors so I showed her blue ball and red ball then asked again. She was good. She wouldn't always be grabbing the ball form my same hand either.  One time she grabbed the wrong ball but then she threw it so I think she knew she was wrong. I don't get how she just learned colors all of a sudden. She got 8 of 10 right (or so).  On the last one I asked, she just looked like her brain was on overload so we stopped. 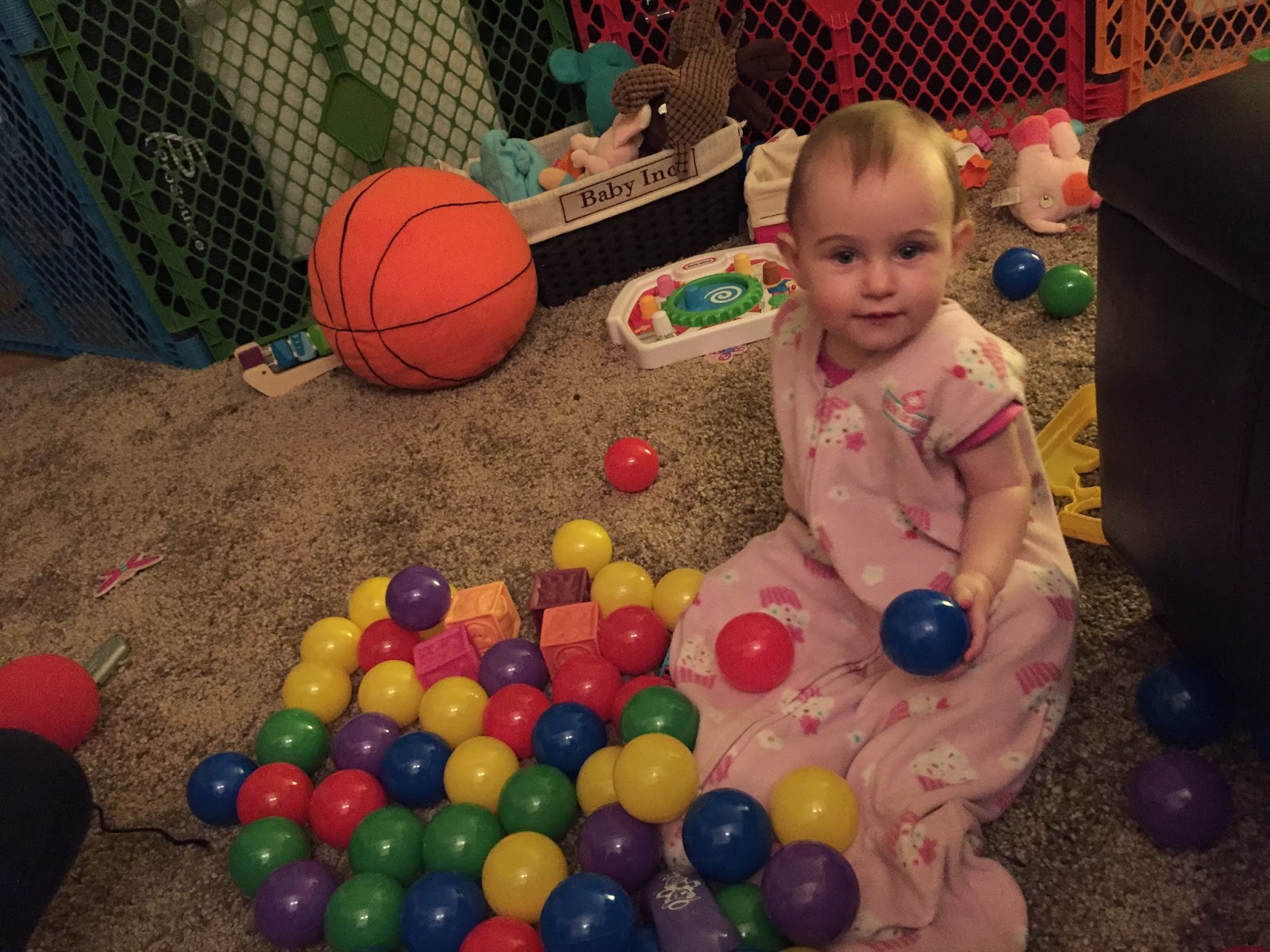 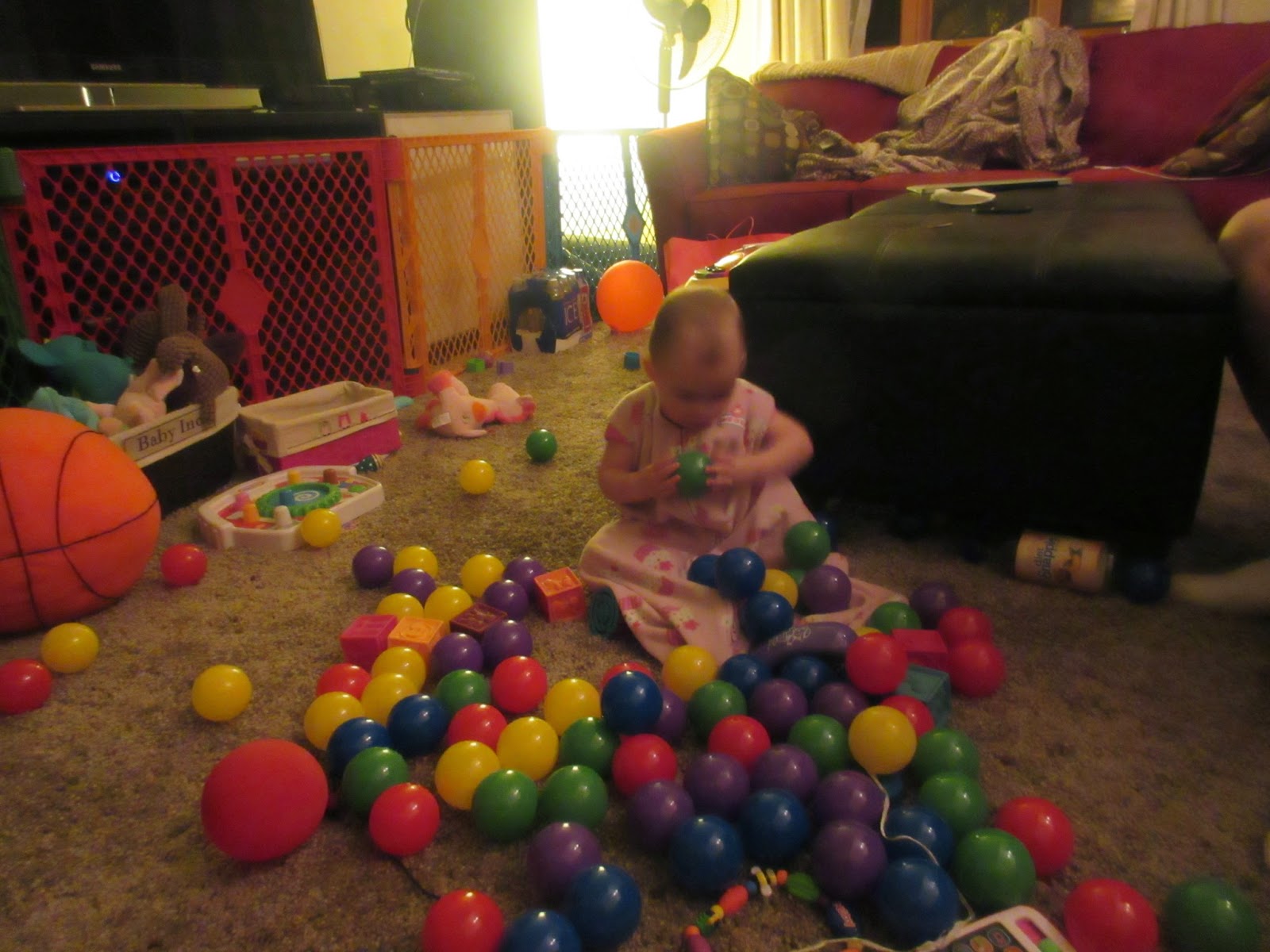 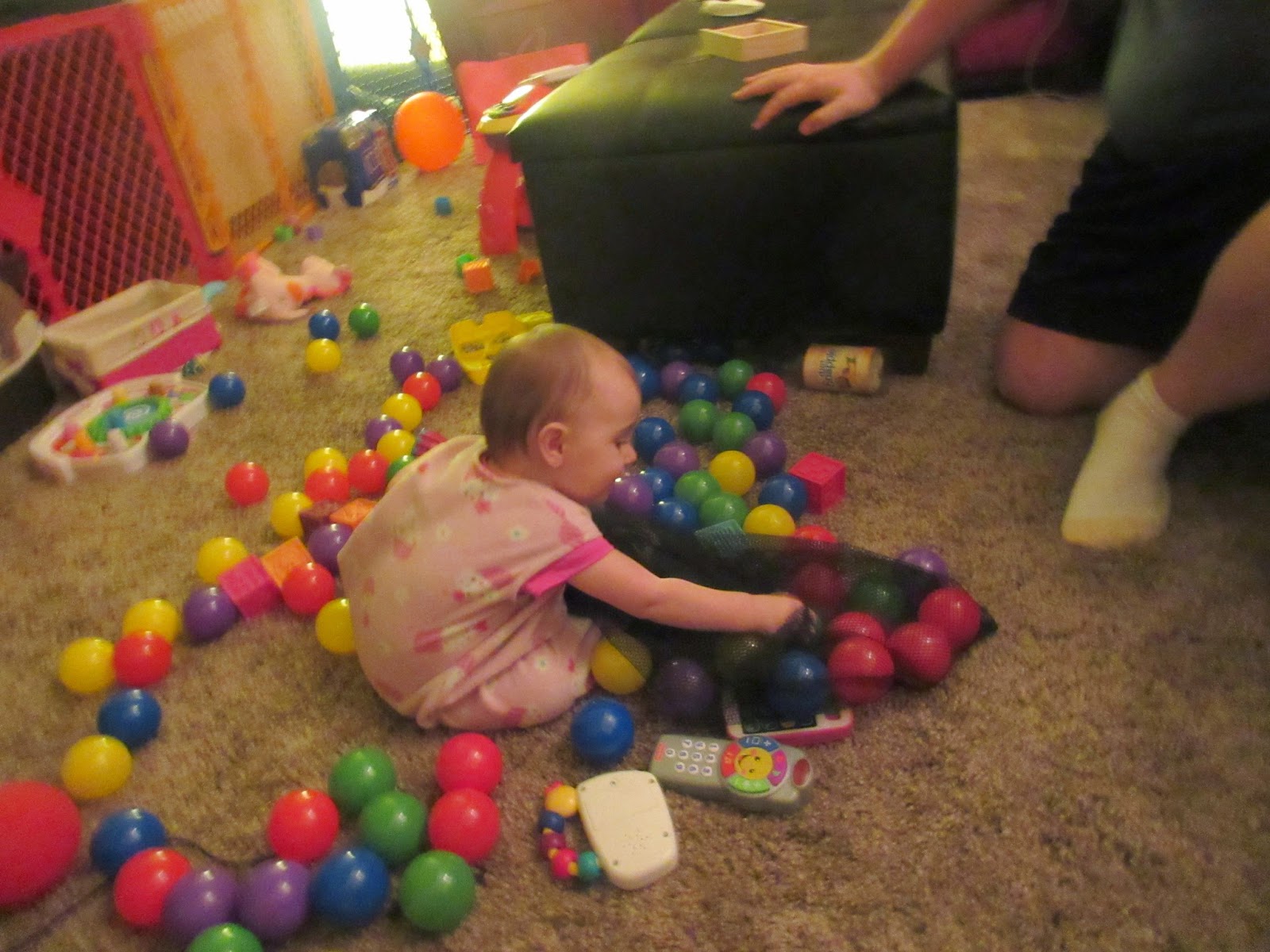 Then it was bedtime!

Then I started blogging. Dave played video games. He played them a lot throughout the day. I only got mad about it once.
at 12:06 AM