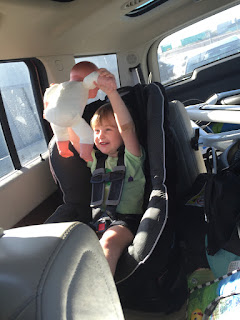 Dave woke me up at 7:38. I told him before to wake me up. I managed to have enough time to get dressed and get Ella's lunch packed before she woke up. So it worked out. We left the house slightly after 8:30. I dropped Dave off at work and traffic was awful. Then I dropped Ella off at preschool. That wasn't a long drop off at all. Then I headed to Mike's Bikes to get Dave's flat tire replaced.  I was going to get there slightly before 10 and they open at 10 so I stopped at Sprouts on the way. 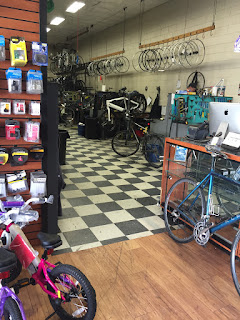 I got to Mike's Bike's around 10:10  and they said they could fix it then so I waited. It took a little longer than they thought. I finally got home at 11:10. I was starving!   I often pack food and snacks for Ella in my bag. I never pack things for myself and then I'm always on the go for other people and starving.

I bought a bagel at Sprouts to try it out. It wasn't as good as Panera. I had that with cream cheese and then had Ella's leftover macaroni and cheese for my breakfast/lunch.

I worked on making some pregnancy collages since my posts are so behind because of the collages. I should have been caught up about 2 weeks ago. I also haven't done any of my normal daily posts in ages. I haven't even typed up posts that I would just need to put pictures in. There has been a lot of nice stuff happening for Ella that I haven't blogged about. I need more time in the day.

(Then at 1 PM, I decided to write this before getting up to be more productive.)
Well then I spent the next 3 hours dealing with pictures from various events and sharing them.

I did dishes and cleaned up some and it was time to leave to get Ella.

Ella ran over to me to say hi when I got there. Then she ran back to play more! 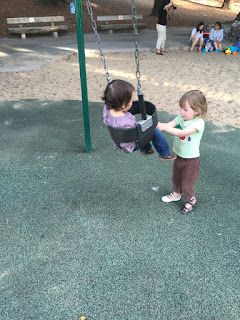 We went to Cuesta park after. Ella was in the car and we pulled in. She said "No food in park. Eat in car." She is right. You aren't allowed to eat at Cuesta park. She ate for maybe 15 minutes!

We played for a long long time.  She enjoyed pushing someone on the swing. She wasn't that good but did improve.  We ran into a friend from a mom group and preschool. Ella had fun playing with her a little bit.  We were there so long that there was no point in going home so we played longer to time it so we could go pick Dave up when he was done.

I got him at 7:10. Then we went to Wendy's. I should really make him drive because it's so annoying. Especially since Ella was screaming and crying the entire time. She wanted to go to more parks!  We didn't get home until 8. Then we ate, got Ella ready for bed, and she wasn't in her bed until 9:30. I was so tired yet stayed up until 11. Ella was up in her bed for awhile singing. We don't have a monitor so I'm not sure exactly how long she was up but I only heard her singing and talking for maybe a half hour. 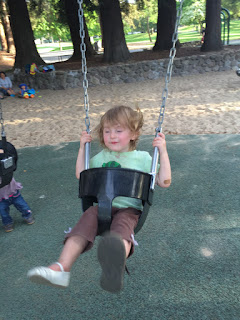 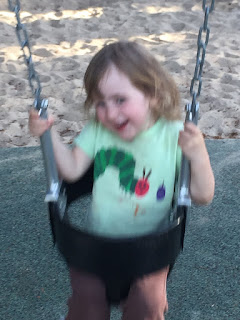 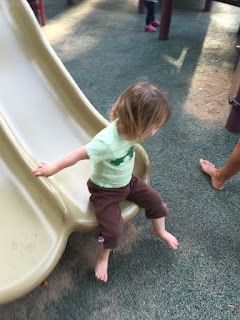 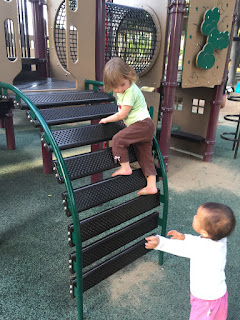 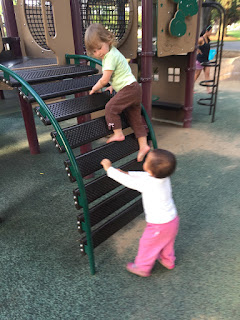 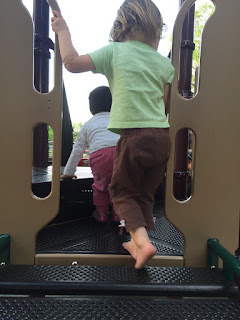 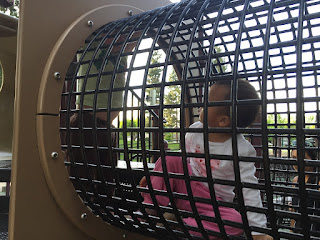 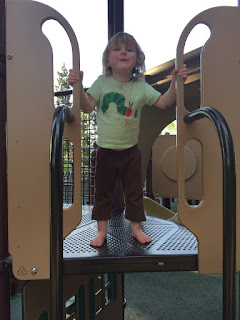 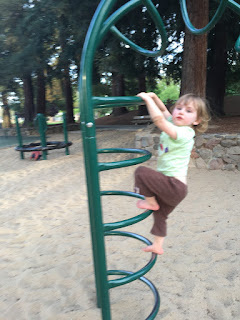 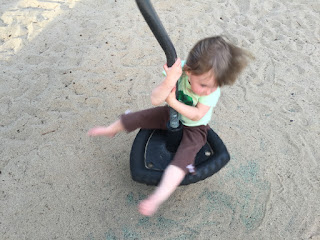 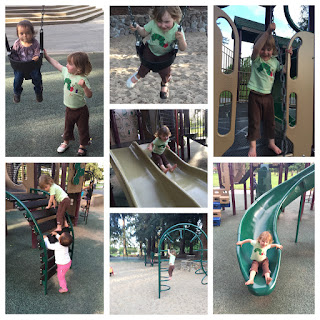