I had such an awful dream the last few hours of the night that my sleep sucked. Ella woke up at 8 and Dave had removed the gate from her doorway so she came running down. I just wanted to sleep more. 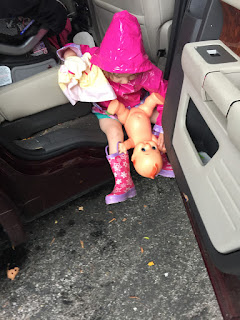 We left the house a little after 9. I took Dave to work then Ella to school. I didn't get home until 10:20.  It was raining, so everyone at school was inside. Those dropoffs never go as well with Ella.  She didn't want me to go. She did use the potty while I was there. 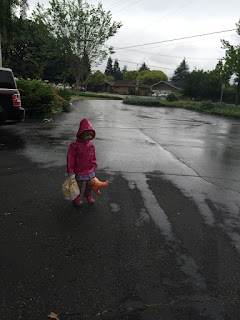 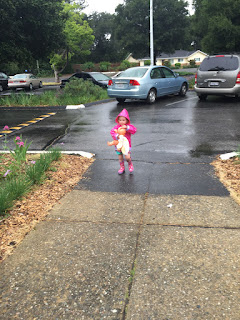 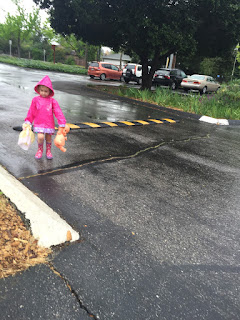 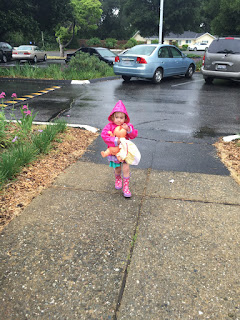 I got home and loaded pictures from my phone onto my computer. Then I started cleaning. OK I started cleaning in the middle of the 8 or so tries it took me to get it to work right. A few hundred worked then it wouldn't work again. I would switch USB slots and then it'd work again for a little but not all the pictures.

Cleaning was exhausting but it looked so much better. I took a few before pictures of some rooms. I forgot all the rooms. I took some pics midway through the process. I didn't take pictures after though. I don't know what I was thinking. Those should have been the ones I took.

The cleaners were here for about 2 hours in the afternoon and I was still picking up and pre-cleaning so there isn't junk everywhere. I also did 2 loads of laundry.  I had a small break to make and eat lunch.

It's so much easier to clean and do things without a toddler sabotaging everything or at least just yelling for me.

Around 3, I went to take a little break from my nonstop working. I tried to watch a TV show since I am about a month behind on anything I was close to caught up on. The sound wouldn't work so I just turned on the cable box and that sound worked. I watched the show that was on the channel that just happened to be on.  It was about this family considering moving off the grid. They looked at 3 houses and then stayed in one for 4 days to see if they could handle it. Some of them didn't do so well having to kill and eat the quail.   Then I decided to just workout and do my bootcamp type workout with 1 minute timers instead of having to put on a video. I figured the game systems weren't even hooked up anyway. So I watched TV while doing it. I would pause it to record some video of my different exercises. 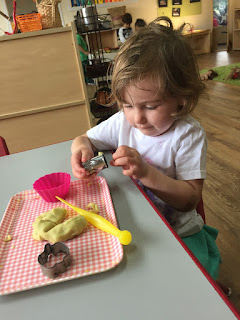 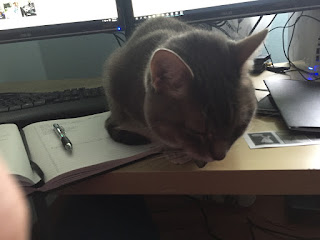 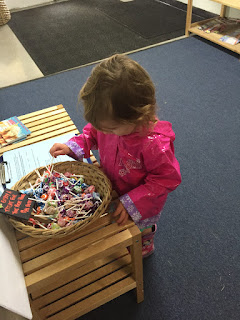 I left at 5 to pick up Ella. That was a few minutes later than I wanted to. She ran over to me right away wanting to leave. But then she was so slow to get her out of there. She had to stop and get a lollipop from Ms. Beth's office. Then had to give a lollipop to the kids that were leaving. She just was so slow moving too. She wanted to leave with other kids.   Then we went to pick of Dave.  Ella of course wanted to go swing at the park.


I made a quick dinner. I was surprised Ella actually ate it. Dave promised her chocolate after she ate. I thought that's why she was eating so well. But then she said she was done. I said "are you done eating your dinner and dessert?" and she said yes and that she wanted to wash her hands.  So she didn't even get a hershey kiss. 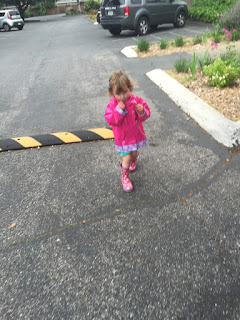 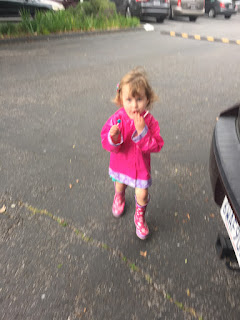 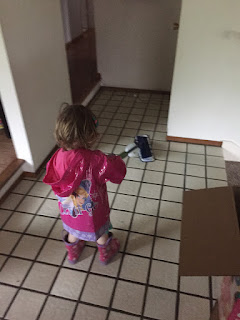 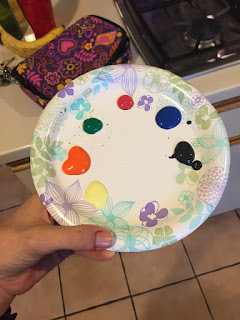 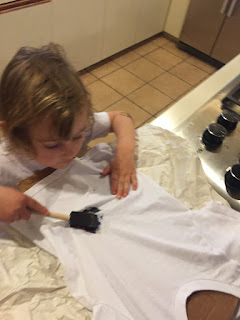 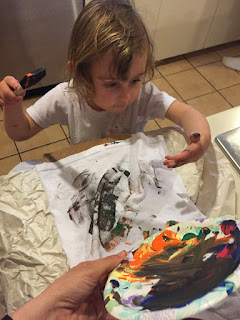 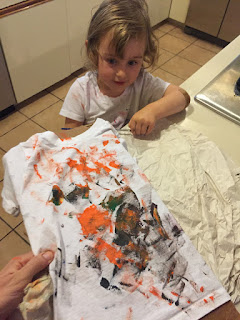 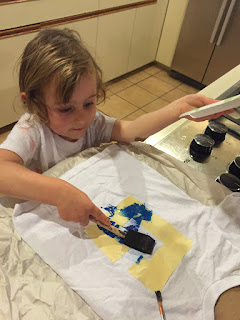 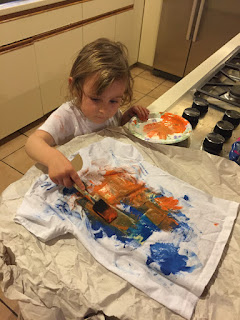 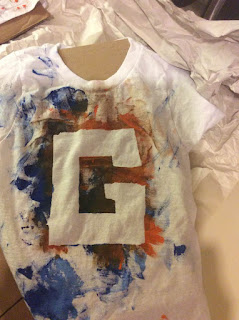 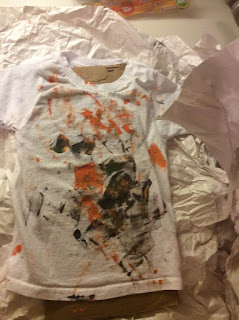 She got a bath after. I still have paint on me from it (hours later) and I gave her a bath and showered myself. It was just a bit messy!

I tucked Ella into bed. Dave decided she has been so good at not even trying to leave her room he would see if he could not put the gate up and she'd be good. Well she ran out 2 different times.  She had a wet pull-up the 2nd time. She was banging on the bathroom door when I was in the shower. She also wanted to eat. Originally Dave told her no and she could eat in the morning but when she bugged the 2nd time, I offered her 5 crackers.  I knew if she didn't eat she wakes up insanely early.  She ate those right away and wanted more. She had a total of 15 crackers but the last couple were with her in bed when I tucked her in the final time.

Ella was talking in her bed. I thought it was cute. She was repeating yelling at some kids in her class. It was just pretty funny to me. She was talking about 2 kids the entire time. I think that lulled her to sleep because then she got quiet.