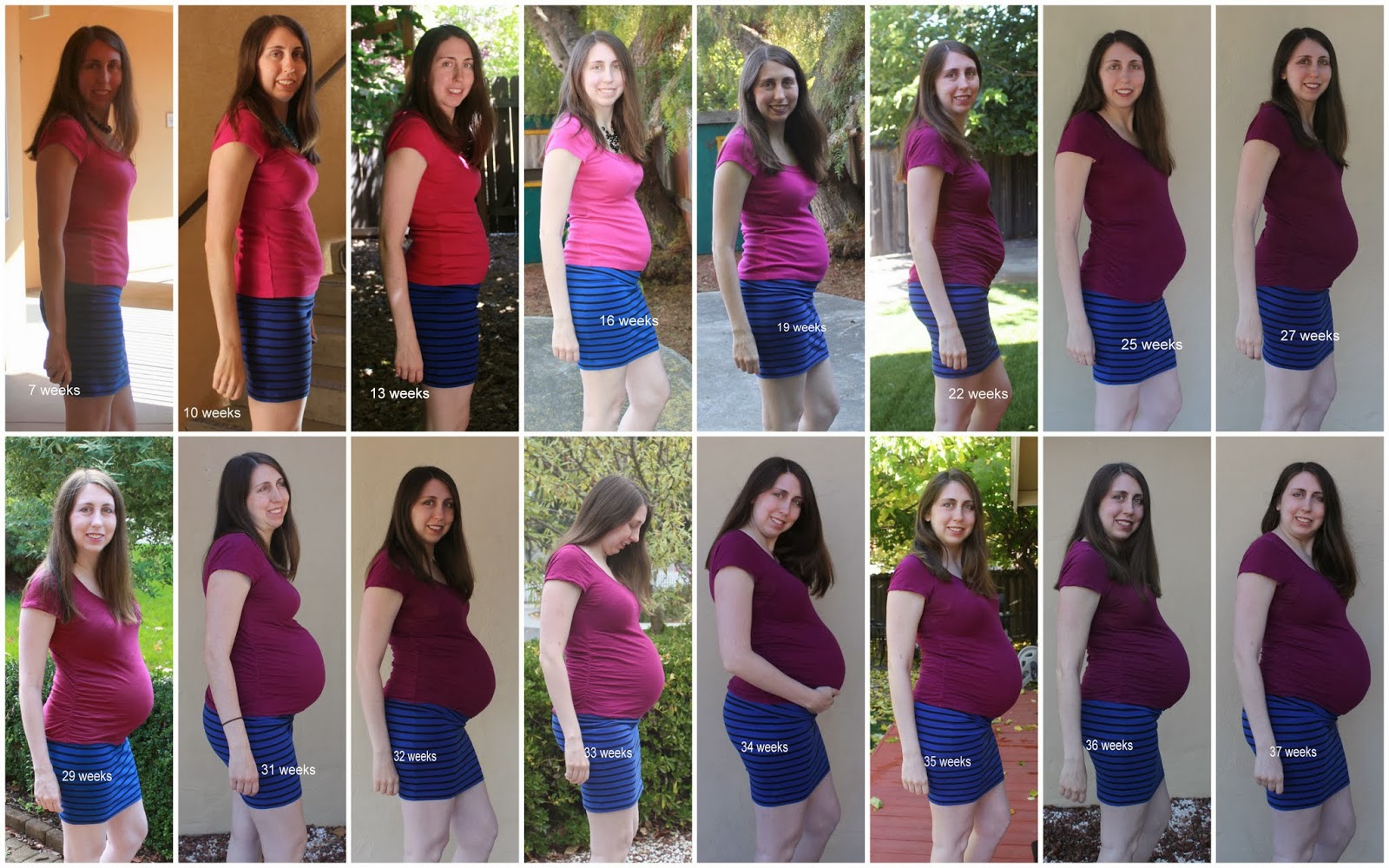 I feel like I've finally started to not want to move. Getting up from the couch can be more difficult. After I went for a walk then I waddled a bit the rest of the evening.  While seated, it is really difficult to reach something from the floor. I also don't like bending to the refrigerator. Granted I didn't like bending in June when we moved here. But now it's a lot more challenging. And for some reason I hit my head on the freezer when I'm getting up. We started to hang up onesies on Monday night. Based on how that worked out, I have to figure out a possible better way.  I made a few more onesies. I made some for someone else and Dave liked them so then I had to make the same thing for us.  I actually hung up a second row. I bought clothes pins to swap out the binder clips. I'll take a final product at some point. I still need to hang another row.  These are hung based on size so as a baby grows it's easier to pull some down to wear.

I had my doctor appointment on Thursday. The baby has not moved positions at all. I knew this based on how I can feel her head. (See the animated gif at the bottom of the post to see me pointing to the baby's head.) She'll move an inch or 2 but no more and she usually moves right back to putting her head in her favorite spot. The doctor confirmed this with an ultrasound of course. She is less likely to flip the larger she gets. Every week, she will continue to check the baby's position, but we will schedule a c-section. She has to look for available times and sort of dates.  She wants to be on call at the time but also the times are 7:30 AM,  9:30 AM some more in the middle of the day and then like 5 pm or 7 pm. I forget.  Earlier is better since you can't eat for 8 hours before the surgery. I won't say the date yet plus it's not even scheduled. But this might affect what people fill out on our baby pool.  Even the day of the scheduled c-section they will check the baby's position and if she has moved into the proper position, then they won't do a c-section. I can keep up doing the exercises or not. If they haven't helped already she thinks they won't.  The bigger the baby gets the harder it is. Maybe if I would have started them weeks earlier, it would have been better. There could also be a reason she's not moving. On one of the youtube videos I watched, someone said a baby didn't move because the umbilical cord was wrapped tightly around it's neck and moving would have not been good. I think more about this because a friend of many years just lost her baby at 35 weeks pregnant because the umbilical cord was wrapped tightly around his neck.  I'd say before I was nervous about actual labor and now it's just changed to being nervous about c-section recovery. I don't feel like the thought of an actual c-section makes me nervous.

In the book I'm reading (Mayo Clinic Guide to a Healthy Pregnancy), it mentions so many things. There is one entire section on mood swings. It says one minute you're giddy with happiness and a few minutes later, you feel like crying.  I can say I can't even think of a specific time this happened. Someone at DBC mentioned that I have mood swings and this person I had only talked to about twice ever so I don't know how she could judge. Now I've been annoyed with people but I would have been annoyed for those same reasons if I wasn't pregnant. Sometimes Dave commented that I was crazy. It's been awhile since he said that so I can't think of an example.  From talking to many other pregnant women over the years and reading a lot of blogs, it seems like they all admit or know about mood swings. But I'm curious if they realized themselves or just went by what other people were telling them at the time.

There's also a small section on Stretch Marks. The main reason I wanted to mention this is because numerous people told me to use cocoa butter or something like it. I said since the beginning that I didn't think they did anything. I was told after knee surgery that the scar creams are all a hoax and they don't actually help your scar heal better.  I was using that as part of my justification. But everyone made me think I was crazy. I felt weird so I bought some anyway even though I thought it wouldn't work. The bottle says to use it 3 times a day. I use it about once every 3 days or more. But my favorite part was the book says "Contrary to popular belief, no creams or ointments can prevent stretch marks or make them vanish. Because stretch marks develop from deep within the connective tissue underneath the skin, they can't be prevented by anything applied externally.  I feel better about how I felt before everyone was telling me things but now I feel like a sucker because I did buy some! 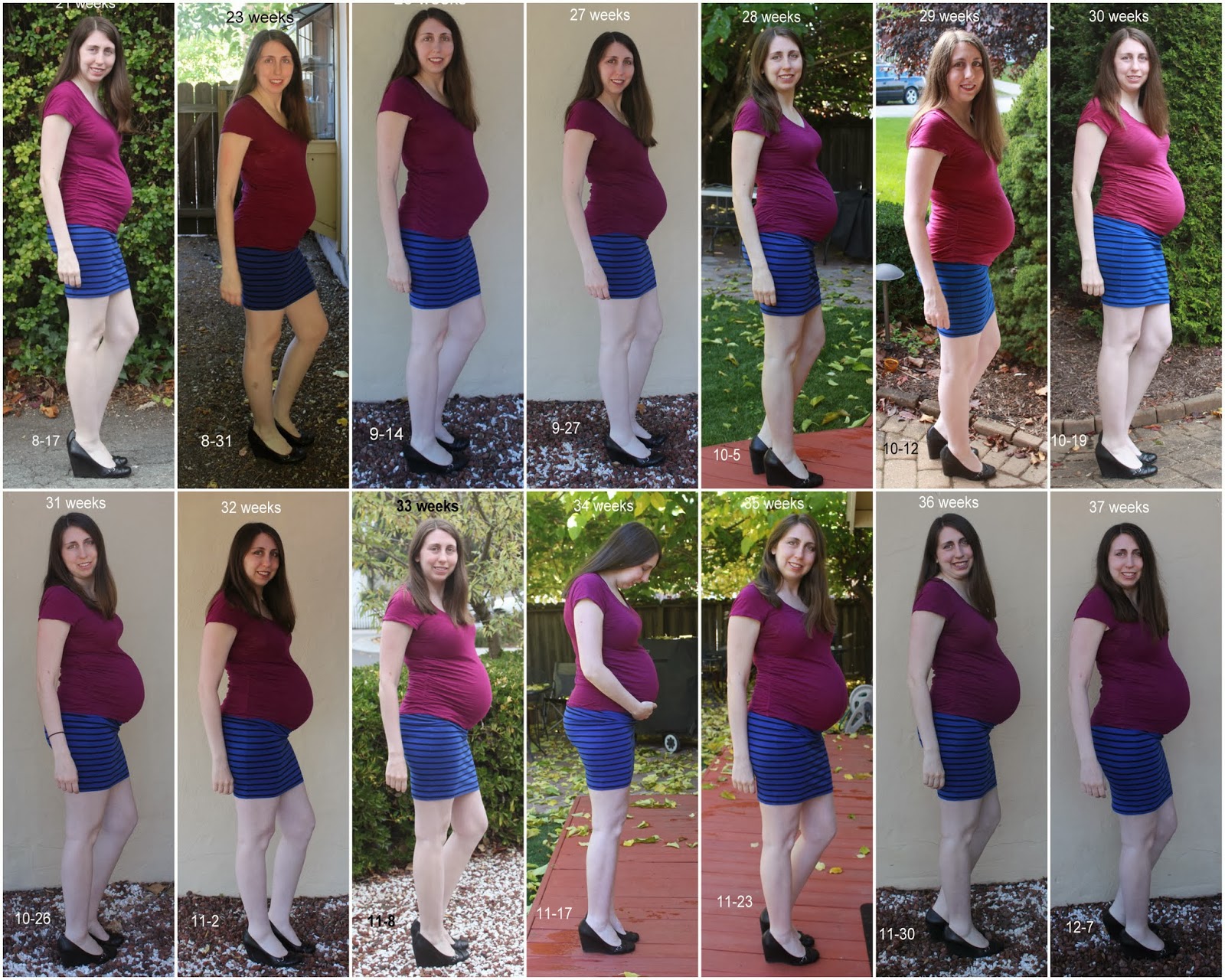 Size of baby: Leek, 19.1 inches long from head to heel. My app on my phone says the baby weighs about 6.5 pounds.  The baby gains a half a lb a week.

Movement: Same ol' same ol'. She moves around. Her head will bob around but I try to get video of it and she stops. So I stop recording and put down my phone and then she's moving my entire belly again.


Sleep:  Sunday night I couldn't sleep for about 2 hours in the middle of the night and I didn't like that at all. I just couldn't get comfortable. Monday night I slept a lot better but realized my back hurts if I'm on my left side because of the mattress. Tuesday night Dave slept differently and I felt like I was propped against him instead of falling backwards in the bed and I woke up without any back pain. I told him about this then he cuddled with me Wednesday night so I was leaning against him and that helped. He had his hand on my belly while we were falling asleep and he couldn't believe how much she moves.

What I miss: somewhat the same: Exercising and running. Being able to stand for a long period of time without having to interrupt what I'm doing to go sit. Going many many hours in a row without going to the bathroom.

Symptoms: The same I guess. I get lightheaded a bit after doing too much but I feel like the definition of "too much" is a lot more than it used to be. My back gets sore. Waddling around a little maybe.  Just this week I started having to pee a lot more than before. I probably go 7 times in a day now! My ankles were swollen a few times this week. I got swollen after I was in a hot room for too long for a meetup and my fingers and ankles were swollen. Then the next day my ankles were still somewhat swollen. Then Saturday (today), my ankles are swollen again. My feet are also slightly swollen.

Best moment this week: I can't even think of something baby related. Dave did some nice back tickling this week when we were reading in bed. That's pretty nice but now I want him to do it daily and he isn't going for that

Looking forward to: Finishing setting up the nursery and actually having this baby 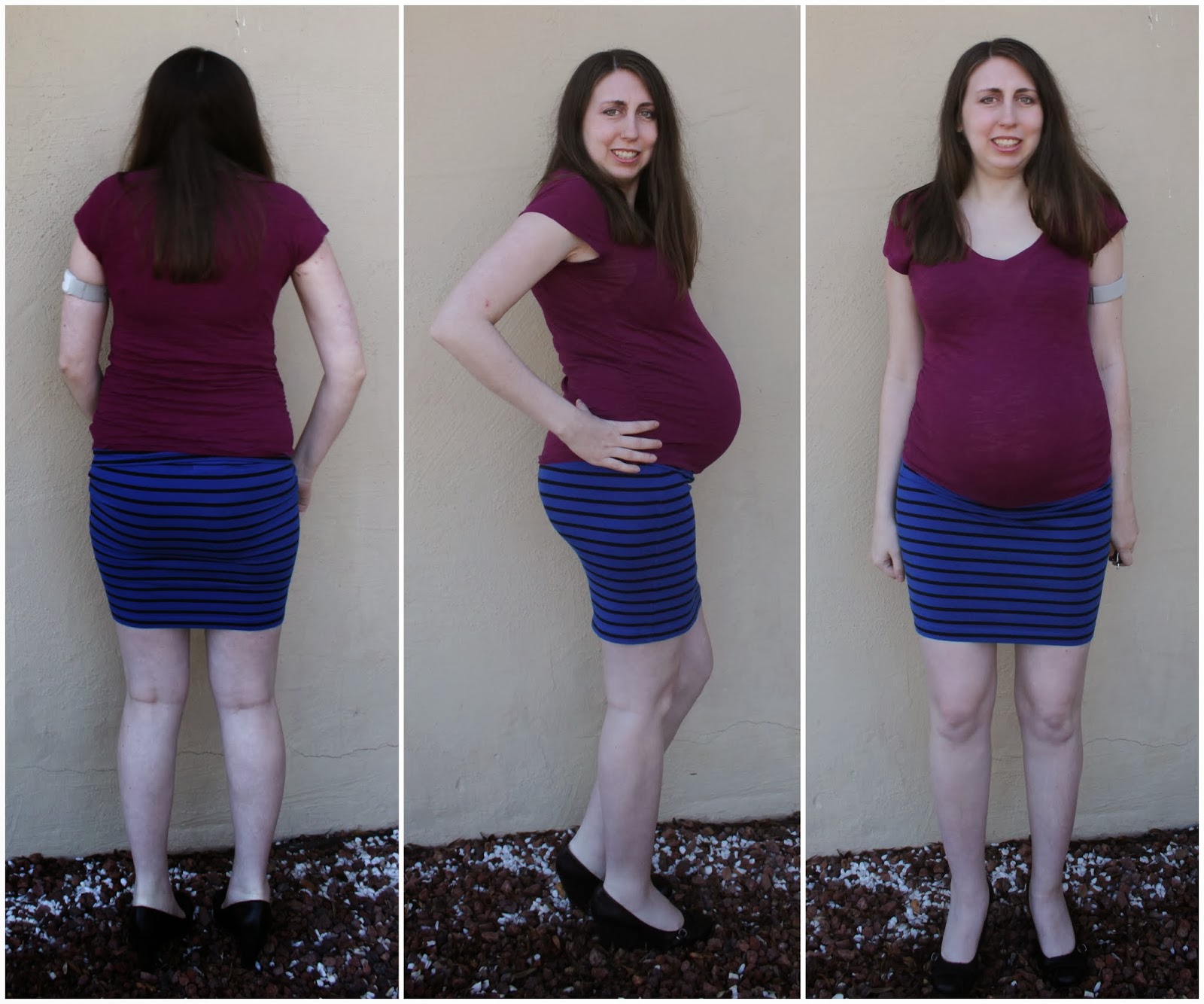 Exercise:  Monday I went for a walk. Dave asked if I used mapmyrun. I said "No. I used strava and my garmin." He just laughed at me. Tuesday I went shopping at Target and then Walmart. I was walking around for probably 1.5 hours. Thursday I walked pretty far to and from lunch. I bet that was over a mile but I didn't use Strava so I don't know for sure.  I also shopped for a few hours today.