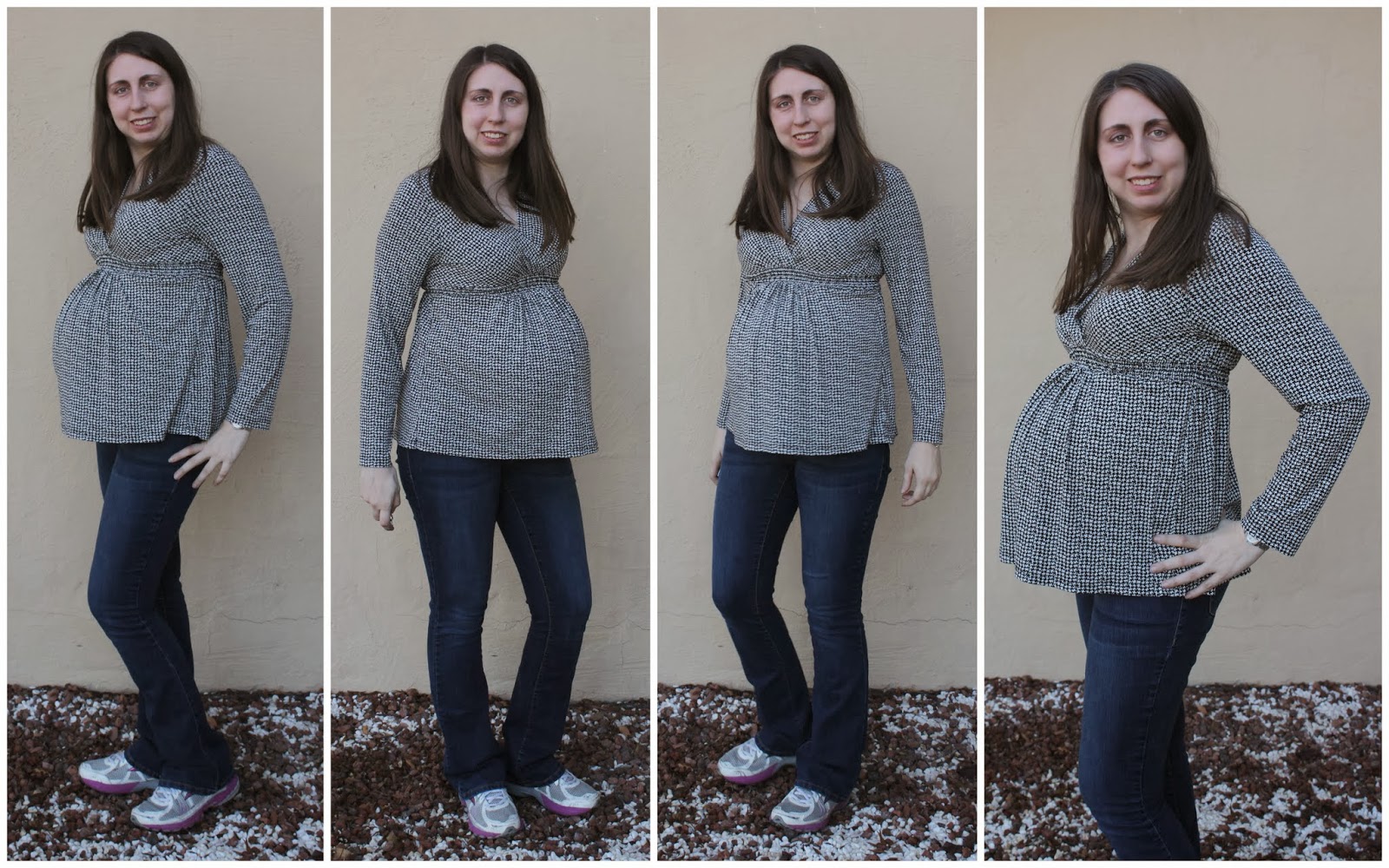 I started the day off with a doctor appointment. Now I go weekly. I already wrote about that in my weekly post. 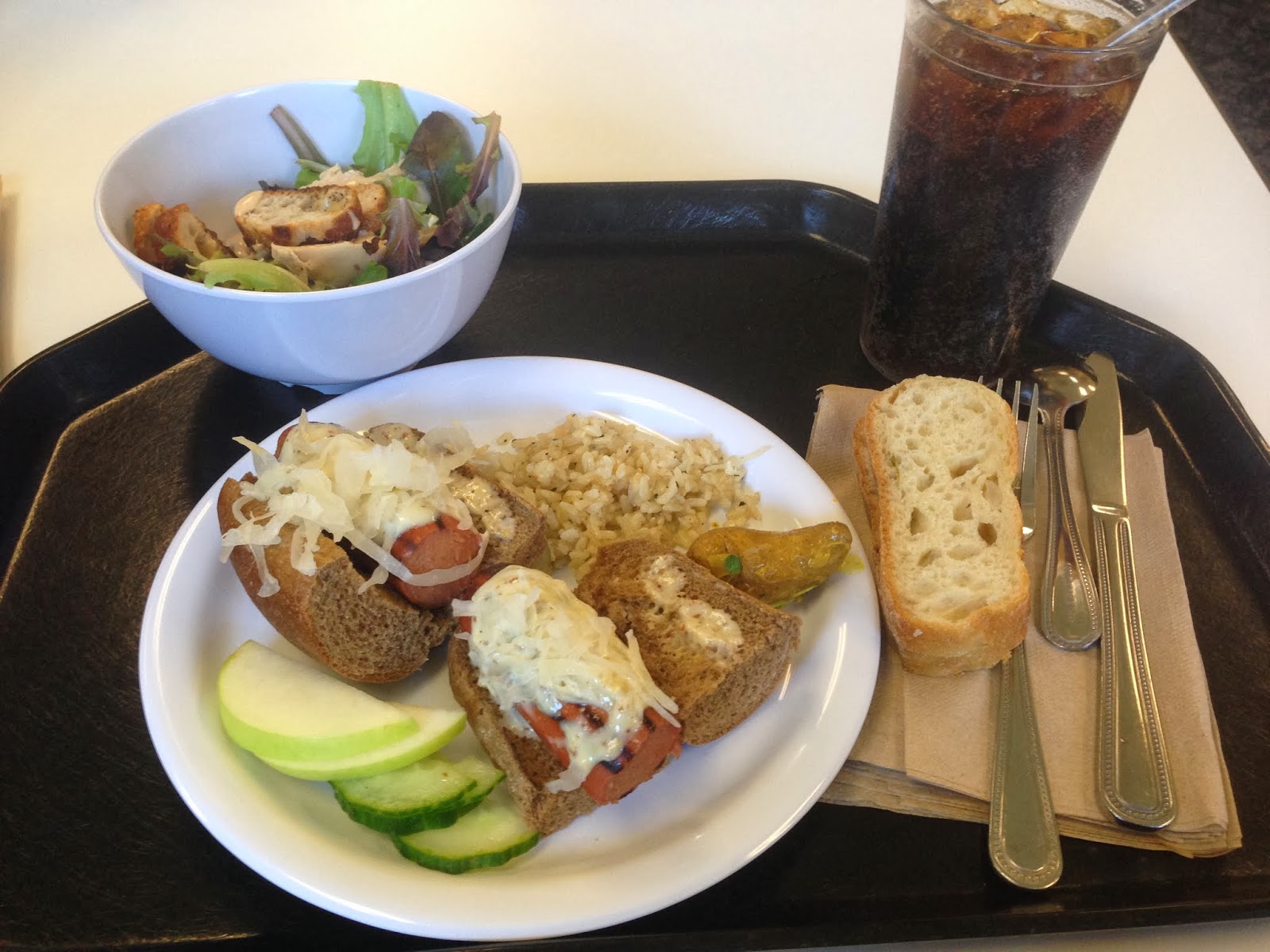 I ate lunch at google. Not only did we eat at a place that was more than a 10 minute walk away from Dave's building, the lunch wasn't good.  I did eat the hot dogs after scraping all that junk off of them.  The salad was OK but I needed more food so I snacked as soon as I got home. 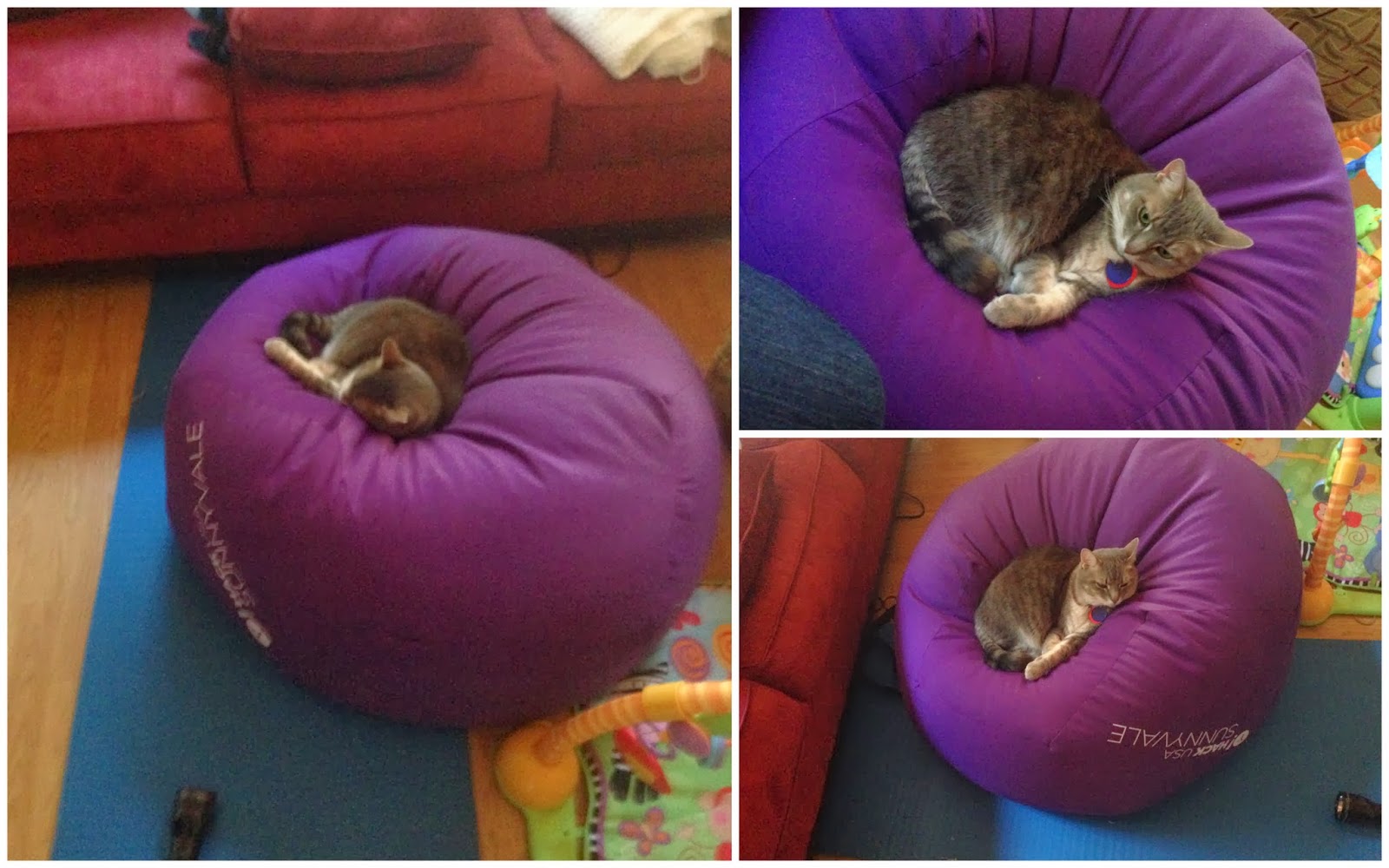 Poly finally is not scared of the bean bag chair. Granted it doesn't go there so now she'll probably miss it it when I move it. 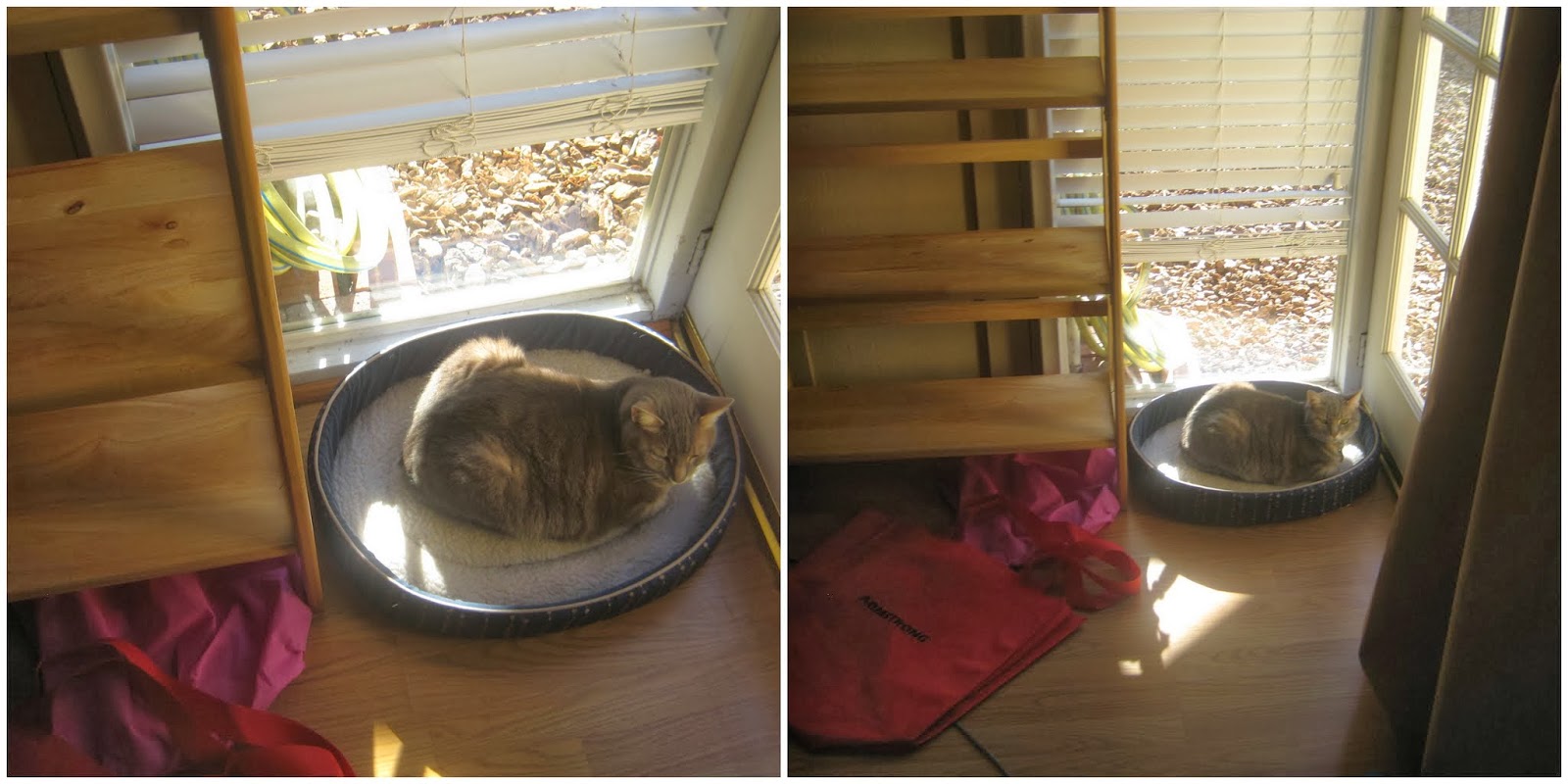 A few weeks ago we moved Poly's bed to the mud room and she actually uses it now. I tried 4 other locations in this house and she never used it in any of those locations. I'm glad I found a spot. Dave put that bookshelf there recently. I don't know why. There is nothing on it and I don't know what we'll put on it. And now with the bed in that corner and the bookshelf where it is, the door to the outside is even less likely to be used. 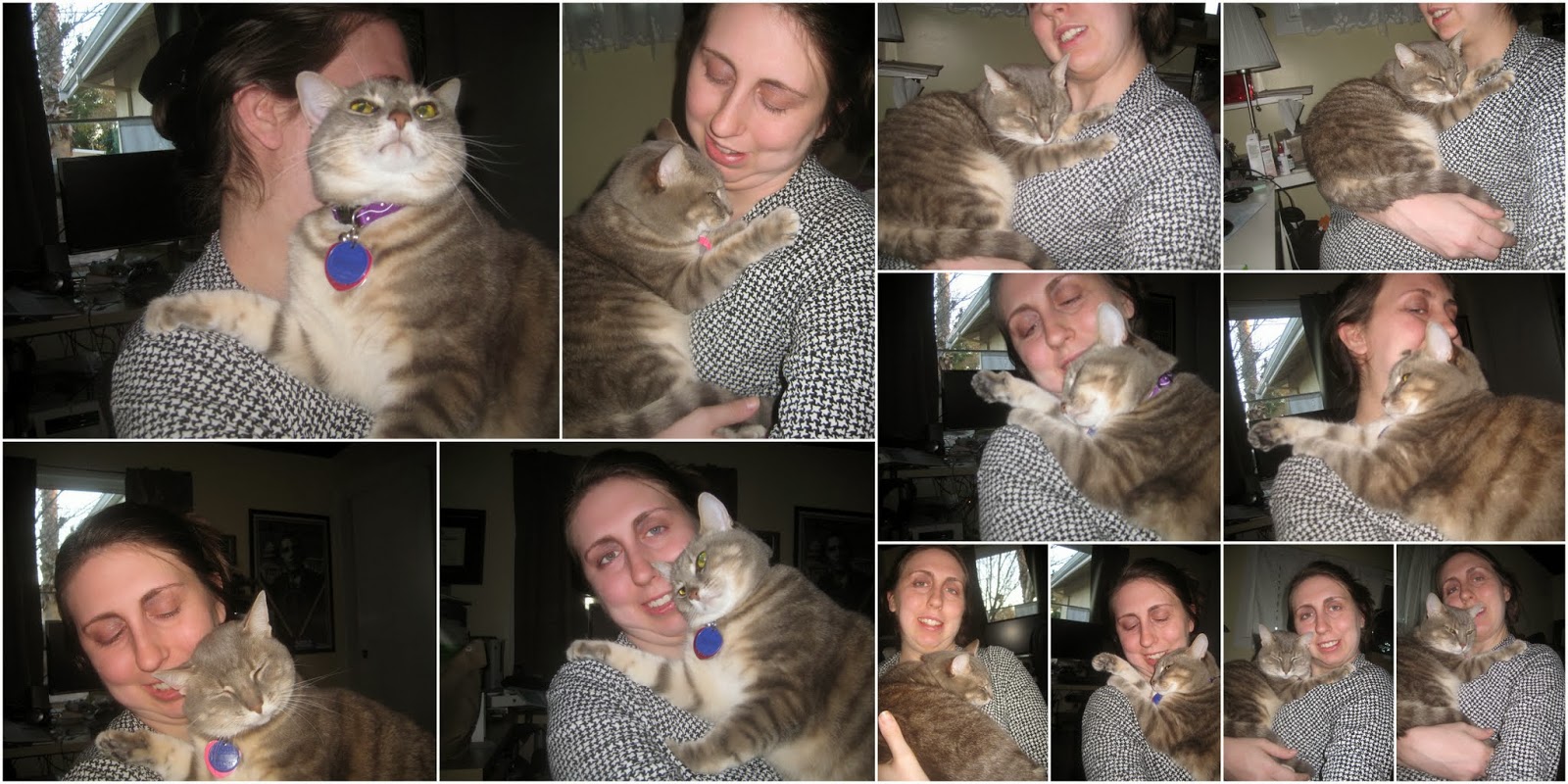 Poly still likes to hang out on me. I'm going to miss it when I'm no longer pregnant but my back won't miss it.  My arm gets sore now because I make an effort to hold her up so she's not sitting on this baby. 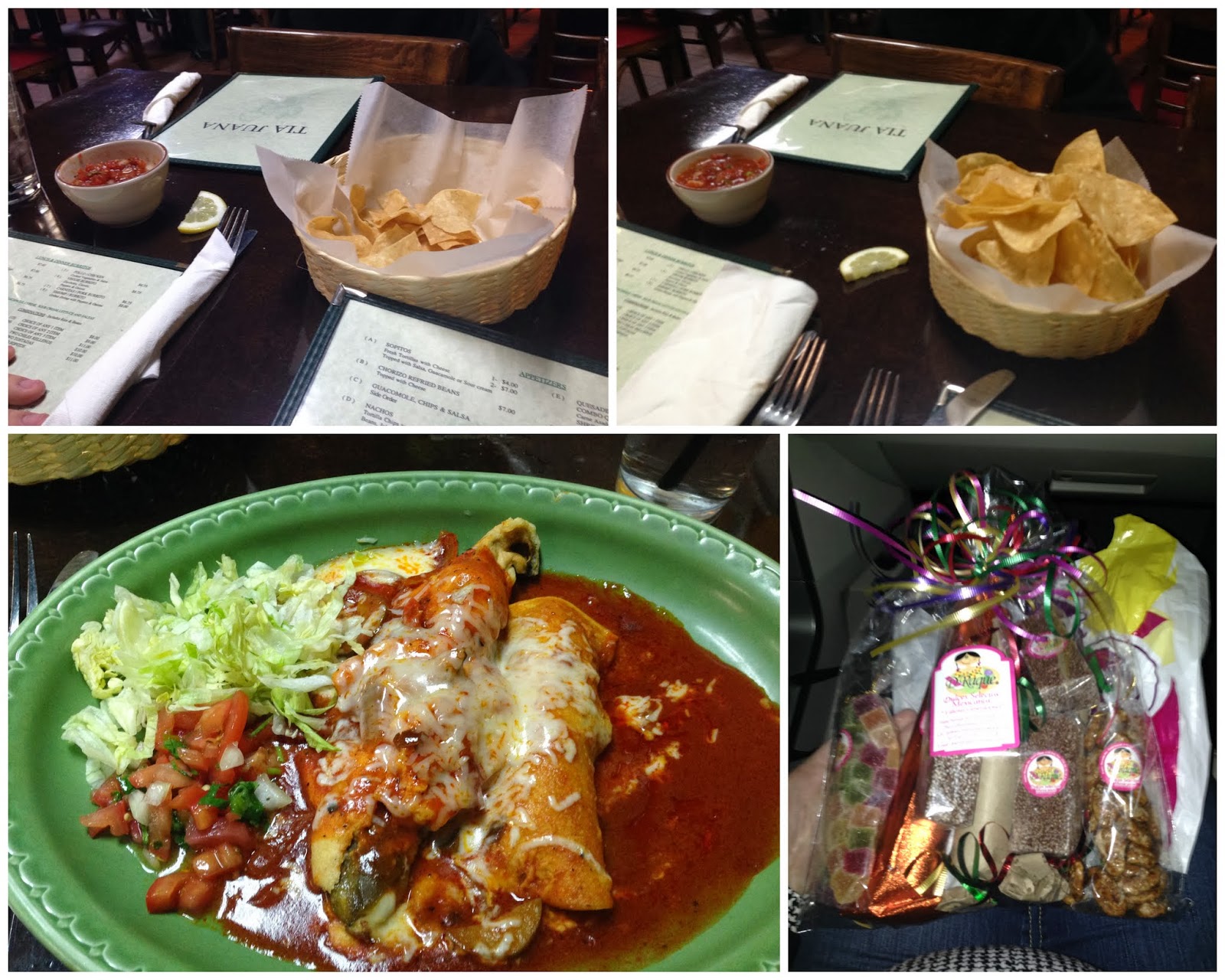 We met Fabian* for a late dinner. Dave almost ate all the tortilla chips before Fabian arrived. Luckily a waiter walking by offered to refill the bowl since we were still waiting for someone. Fabian bought us some desserts from Mexico. Dave and I were eating them on the way home. We would have eaten more but I wasted too much time trying to get one of the packages open. (*There should be an accent on the second a but I can't quickly figure out how to do it in blogger. sorry)

I spent a lot of time on my computer doing things on my to-do list. Going through old pictures for fun. Mainly wasting time though.
at 1:30 AM