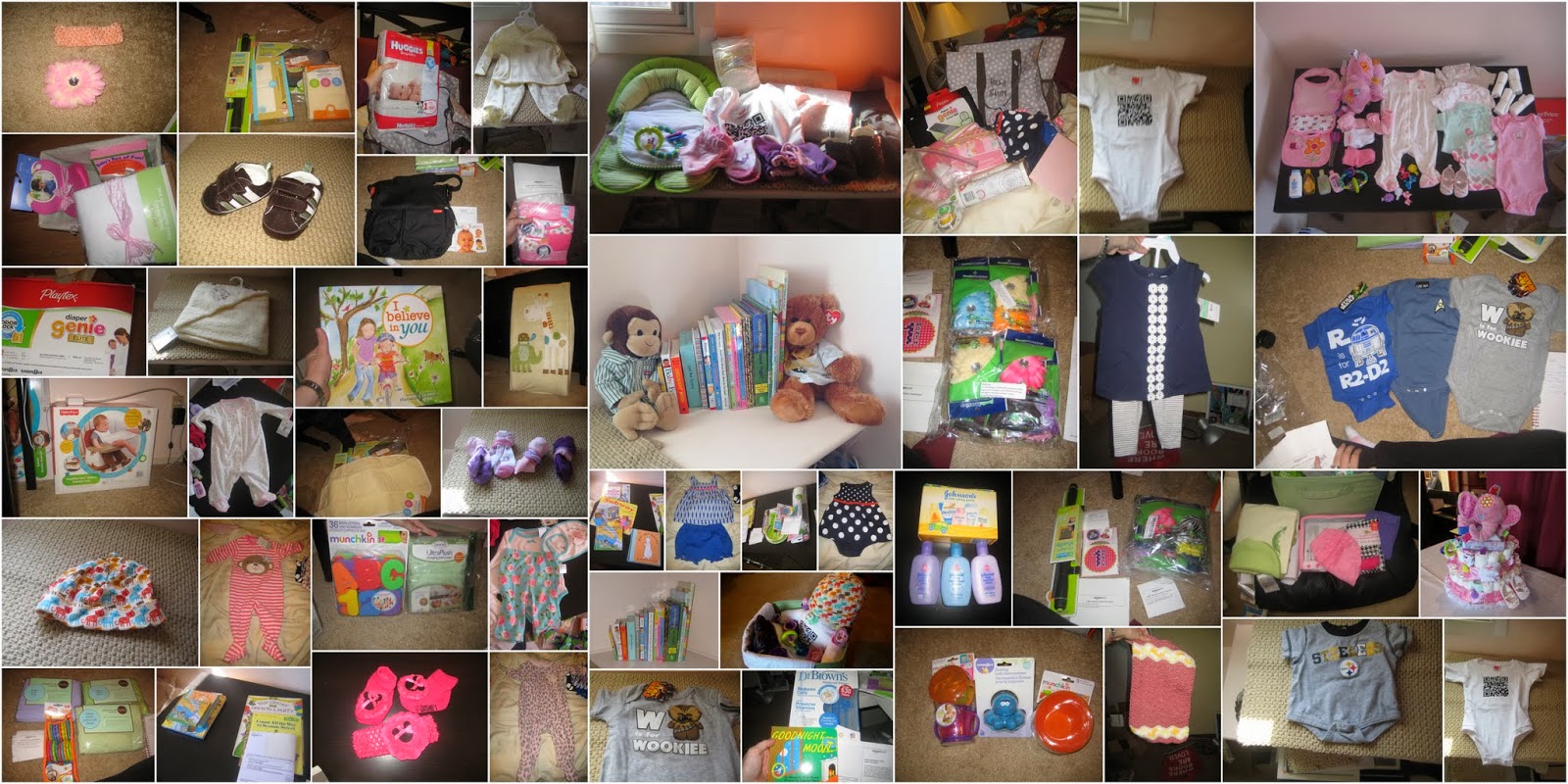 When we got home, I finally got to go through the gifts. There were 2 things that I couldn't figure out who they were from. They weren't from the registry but lacked a note or packing slip specifying who sent it.  There were also some books that I didn't know who they were from.  Dave guessed the books were from my brother and later I figured out who the other gifts were from when I texted Jen telling her that Poly likes her gifts and she asked which ones so that's how I figured it out.  It took a couple days before I figured it all out though. Now I'm much less stressed.  We got so many nice things. We got some stuff on our registries and some stuff not on our registries, so it was like Christmas going through it all.

Dave put together the swing and the diaper genie. We still have the rest to put together.  I had to move the stuff out of the way so our crib could be delivered and assembled.  Since that is done, we should start putting things together.  Somehow in my mind, I think I shouldn't put a thing together until all the thank you cards are written. Too bad I still have to design and make all the thank you cards so that may be a little while. 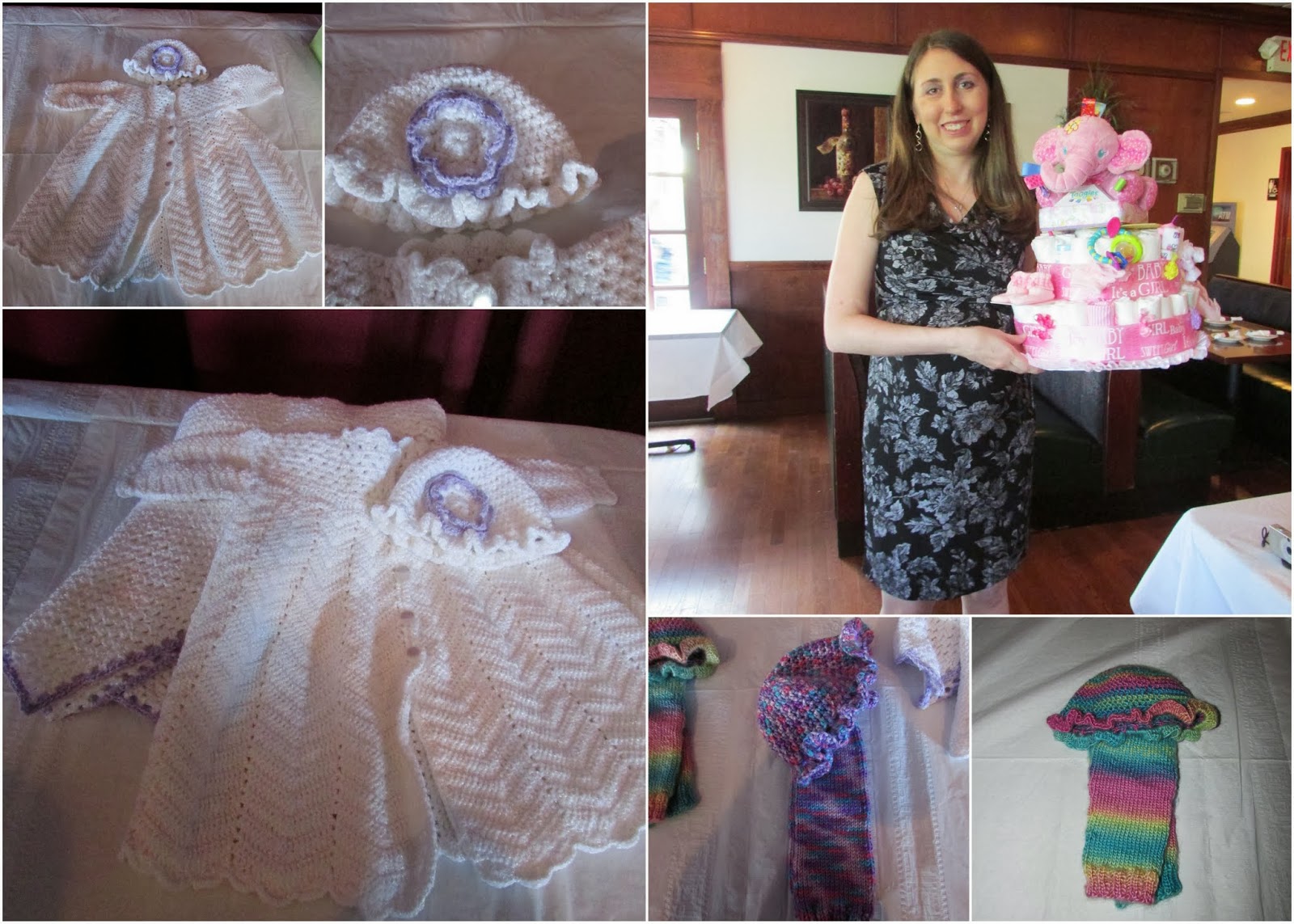 I wrote the above a few weeks ago. Since then we bought a glider or rocking chair depending on my mood I refer to it as different things. We also bought the majority of the stuff from our registry. We have put a few things together.

I mainly wanted to show off. In my head I figured we didn't get many gifts because we got so many gift cards but when I was looking at all the gifts, we really did get a lot. I can't believe how generous everyone is.

I know the collage at the top has far too many pictures in it but I just mainly wanted to show all the generosity of everyone. It's just crazy.  I don't know how people do it that don't have anyone around to help like this.

We are still waiting for the BOB stroller to come. I'm most excited about that even though I won't be using that for many months.

Email ThisBlogThis!Share to TwitterShare to FacebookShare to Pinterest
Labels: Pregnancy