Ella woke up at 7 AM! She slept through the night. She was dry! She even went to sleep early and didn't go to the bathroom for an hour before she went to sleep!

She didn't want to sit right away and I'm not supposed to force it.   But then a few minutes later she started peeing on the floor. She stopped as I went to move her to the potty. Then a minute later she went a lot on the potty.

All day she mostly had accidents. But it was just better than Day 1.  Most of them were en route to the bathroom or closer. Or she signed to go and then didn't go and would run off the potty. Then a minute or so later she'd pee on the floor.  What an ordeal.

Ella wanted to nap early. So we both napped. She napped on me. Then it ended up being a 3 hour nap.  I only napped the first half hour and then I just had this fear she'd pee on me so I couldn't fall back to sleep.  She did not though.

She woke up and signed and went on the potty. She was so proud that she was living off that high for a good hour being so happy playing.

She had 1 extremely close call accident (6 inches from the potty) and 2 or 3 accidents after signing and sitting on the potty then getting up and then going.  According to my app she had 15 total diaper changes. I'm entering all potty usage and accidents as diaper changes.  4 of those instances were within a half hour and she was trying to poop but would then have a tiny bit of pee just enough to make her panties wet and nothing so the numbers seem extra high.  (From May 1-30 she had 6.6 diaper changes (includes potty usages) a day and in April it was 6.7 so 15 is really high!

We played outside for a little bit but I know she misses going to parks and seeing people.  It makes the days really long.  Two of her accidents where when I was distracted doing something else. I wish food would magically appear on the table and that it would be cleaned up. It's tough.

Ella did such a good job eating KFC for dinner. She used her spoon to eat mashed potatoes with gravy and coleslaw. She loved gravy.  She dipped her potato wedges in the mashed potatoes, too. She liked chicken breast. She didn't like the chicken strips though. I don't like the strips either.

She had a bath then went to sleep shortly after.   Dave fell asleep before Ella did. So I watched Pretty Little Liars and used my computer a bit.

Ella was getting sick of me. I can tell. She is luring me out of rooms by tugging at my pants and then closing the door behind me while she stays in the room. 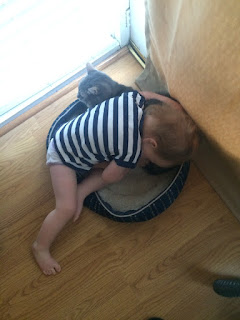 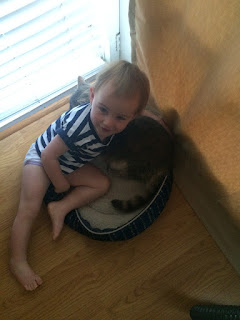 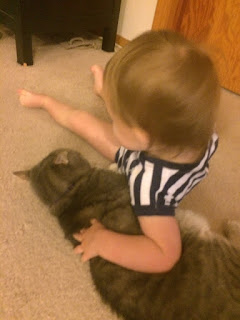 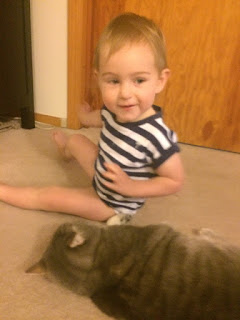 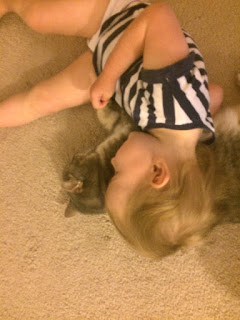 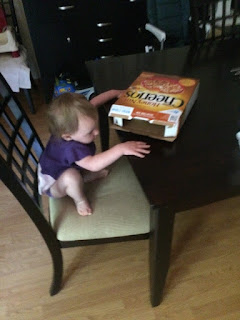 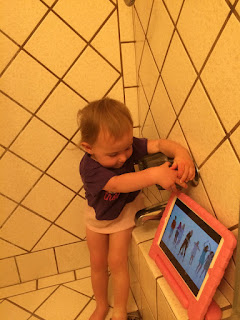 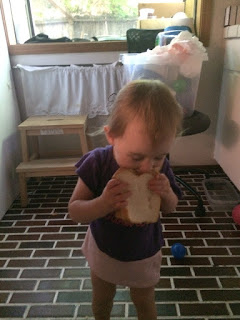 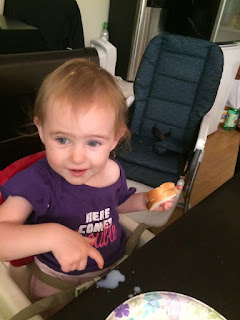 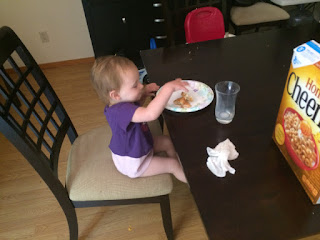 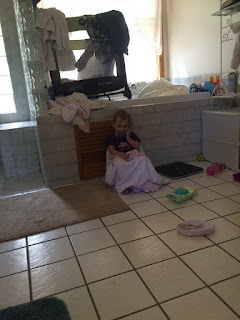 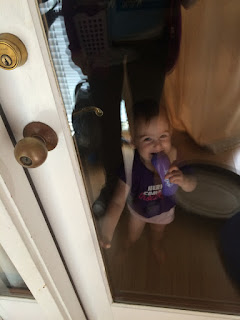 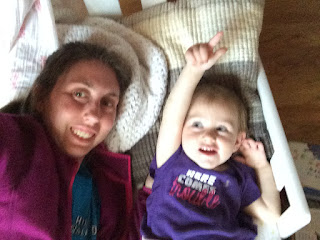 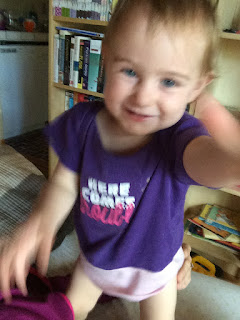 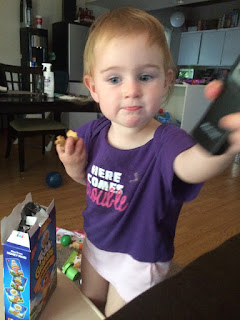 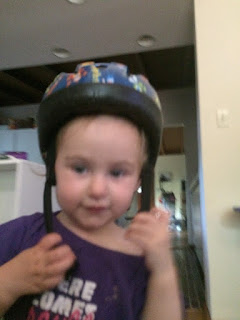 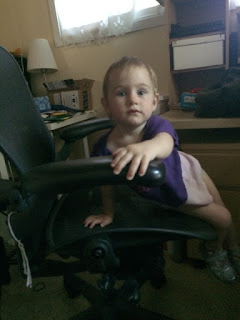 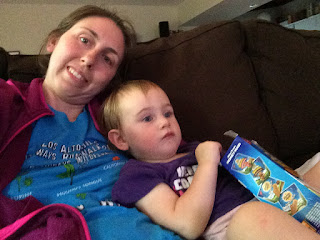 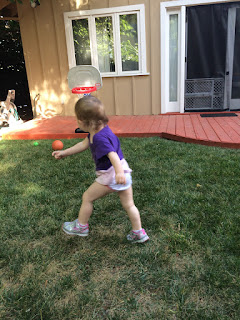 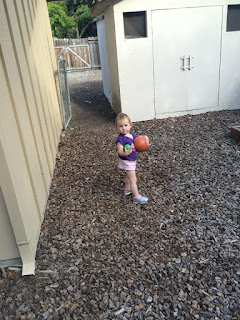 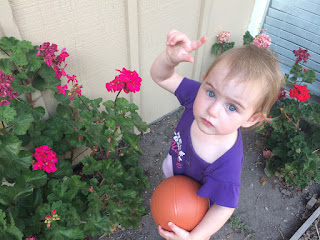 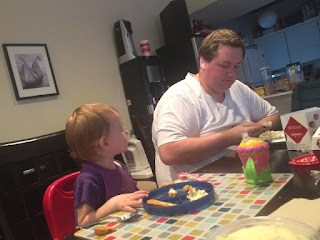 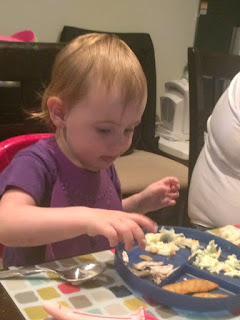 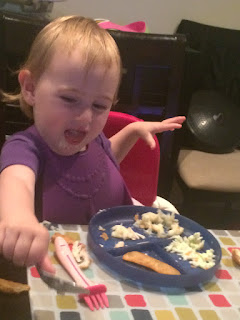 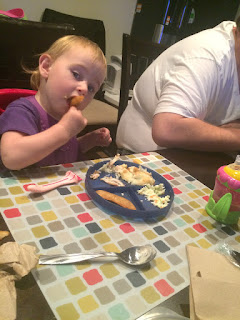 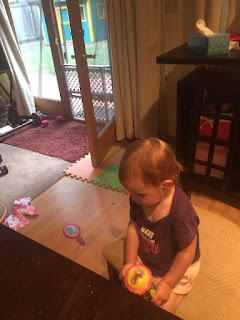 Instead of detailing what time what happened with the diaper changes I'm just going to include the screen shots from my app.