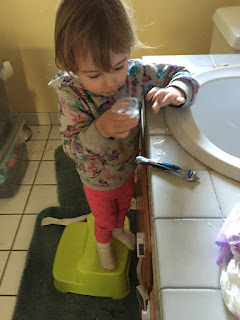 Ella slept in until 8:30. As soon as I heard her, I looked on the monitor. I ran right in. She was climbing on the box in her crib to get out. The box was in there because yesterday her doll was sleeping on it. She moved the box and was using it as a step stool.

Ella started getting on my nerves right away. I can't even pee in peace with this kid around.

Around 10:30 she discovered the halloween costumes I packed away. So then she had to wear her cupcake costume. Then she found the bin of too big shoes. I tried to hurry to get the containers in the shed before she made more of a mess. Now I have to go back and add the cupcake costume though.  She likes her Elsa slippers. They were in her room. They are a little big but I didn't pack them away knowing she'd like them. I distracted her from the bin of shoes with those slippers.

She ate her cereal in her cupcake costume.  I started making soup while she was still eating. Then she was done and I was working with chicken. I told her she had to wait or get daddy to get her out. Well I ended up getting her out!  Then she was all up in my grill while I was cooking. It was so difficult and everything took way longer than it should have.   I cut up carrots for her. She had it in a bowl and bumped the bowl with her butt. When it fell it cracked. So that's 3 of the mixing bowls that she's broken (out of 6).
She spilt her carrots again and I told her to clean them up. She got the broom and kept saying "sweep them" she did sweep them pretty well.

The noodles overcooked in the soup. I don't know how people do it because I've done the noodles in soup multiple different ways since I always overcook them. And I still overcook them.  Ella loved it though. She said "more soup, Mom" and then "a lot more soup mom"  she had 3 bowls. Her fourth bowl got poured all over her tray.

Ella would not nap. She flips out.  So we gave up after a bit. We took her for a ride. We thought she'd fall asleep. She did not. We got home and ate hoagies. I brought the hoagie bag to the car and Ella said "fries."  I told her it was hoagies not fries so then she kept whining to give her hoagie.  She ate a lot of my meatball hoagie at home.

Then I went to the doctors about my cough. Basically rest and drink plenty of fluids. My lungs sounded clear. (Rest. HA)

I got home and Ella was cuddled with Dave. As soon as she sees me she becomes a nut.

Finally we just all hung out on the couch. I started blogging on my laptop. Dave was playing a video game. Ella was on her iPad. 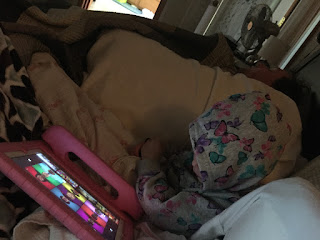 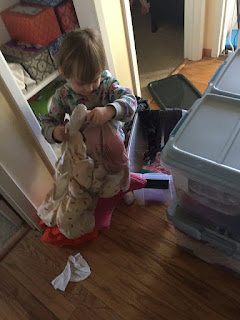 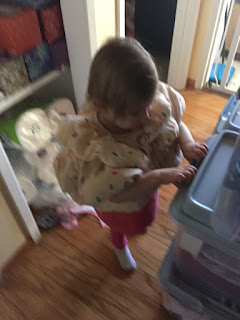 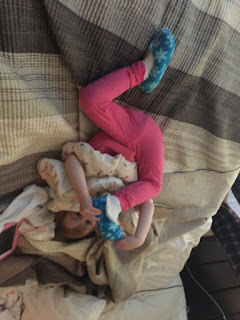 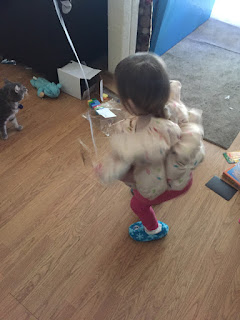 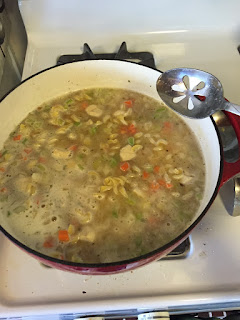 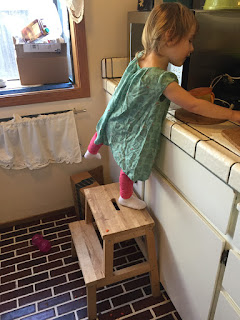 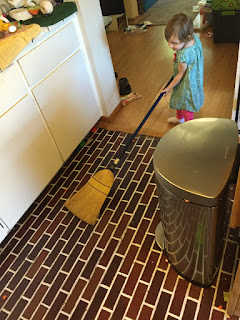 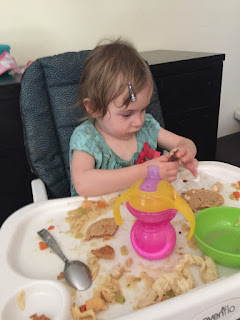 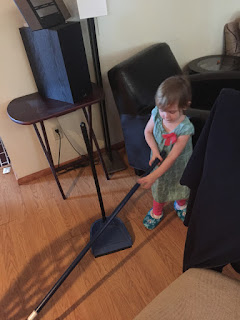 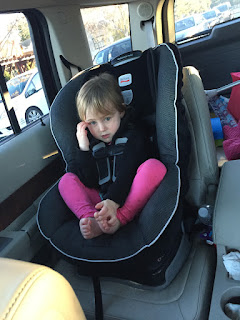 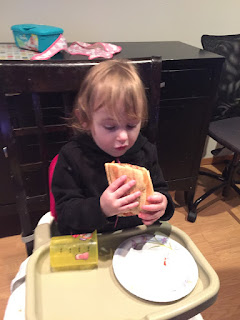 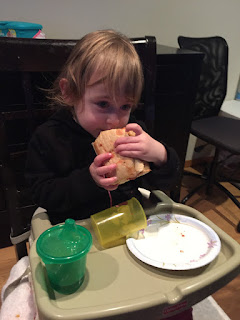 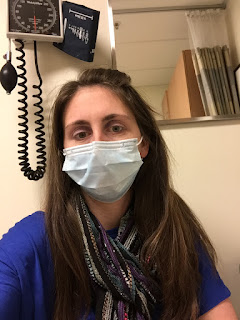 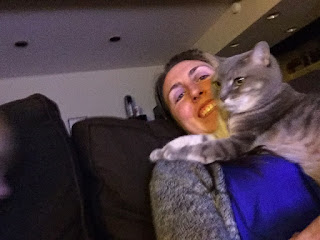 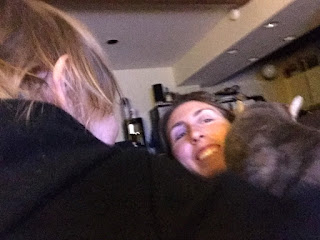 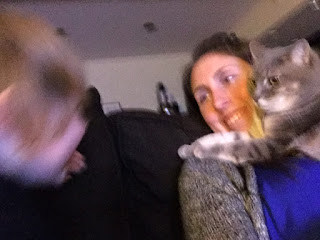 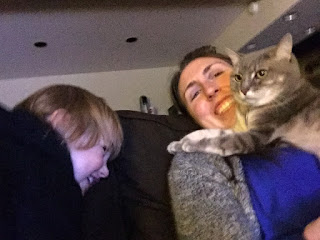 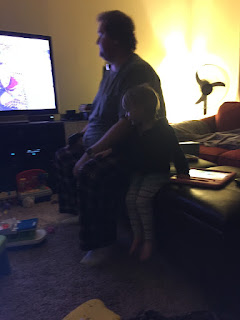