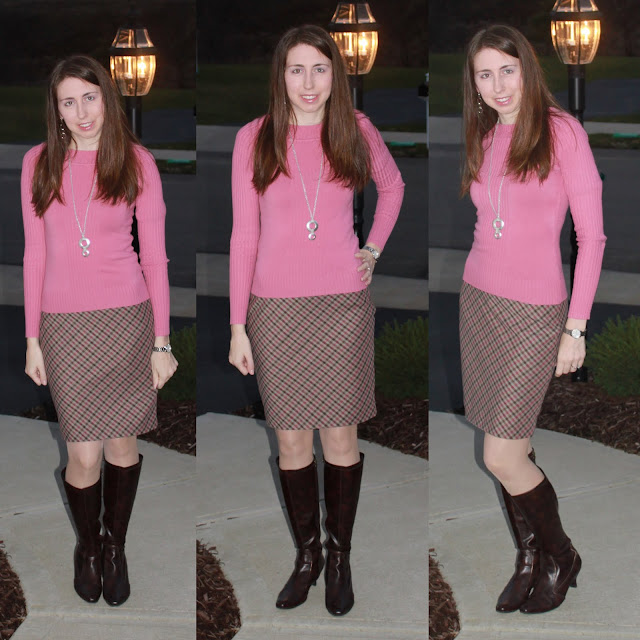 This skirt is a little big in the hips now. In the middle picture you can see the extra fabric poking out at the hips.  This was one of the skirts I bought after putting on a few pounds and now I'm down those few pounds so it's slightly big.  It still works though and at least now most of my 8 pairs of jeans fit again. 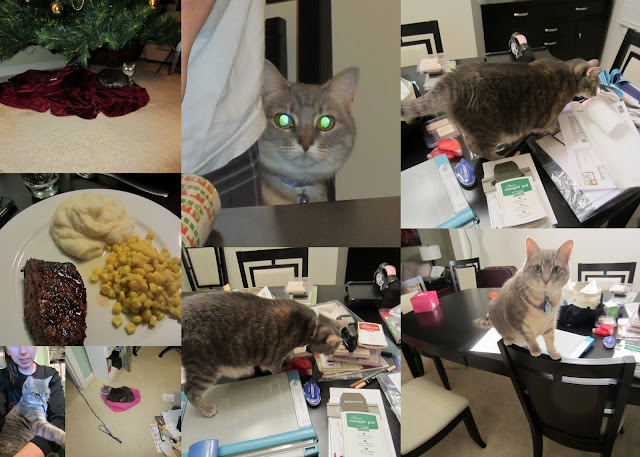 I was so tired that I kept hitting snooze so my day started off later than anticipated (but still not too late).

The morning flew by and then Dave and I walked 2.4 miles at lunch.   In the afternoon, I dealt with some stuff at work that wasn't cool.  Since when do I make a decision on a whim?  (I may have mentioned to some people how there have been multiple times that I've left the house with Dave to head somewhere and he wanted to change that and I couldn't handle the sudden change. My stomach had gotten upset. If that isn't the opposite of being able to decide things on a whim I don't know what is. Also I can never even decide where to eat dinner because I'm awful at just deciding.) Since when is being realistic being negative. If 4 people are RSVPed for an event that we need 40 on then there should be some alternative being thought up and you should NOT loose $1000 and hold it anyway. That is just ridiculous. Apparently I'm the crazy one.

After work it was off to Body Pump.  It was a pretty full class.  Studio Fit is getting more and more business, which is good. After Body Pump, I came home and cooked vegetables and mashed potatoes while Dave cooked steak. I ate while watched Whitney and then How I Met Your Mother.  It felt like bed time when that was done, but I still had to plan for my Stampin' Up class. I had to finish cutting all the supplies. I did not cut them all in advance just in case not everyone showed up to the class on Saturday, I just didn't want to have a ton of extra supplies cut. Everyone showed up on Saturday which was good but then that meant I had a lot more supplies to cut.  Since I wasn't done cutting, I added 1 person to my class list.  So that meant some of the cards that I did cut everything for I was now short. Poly was all up in my grill when I was trying to cut the rest of the supplies.
at 6:39 AM