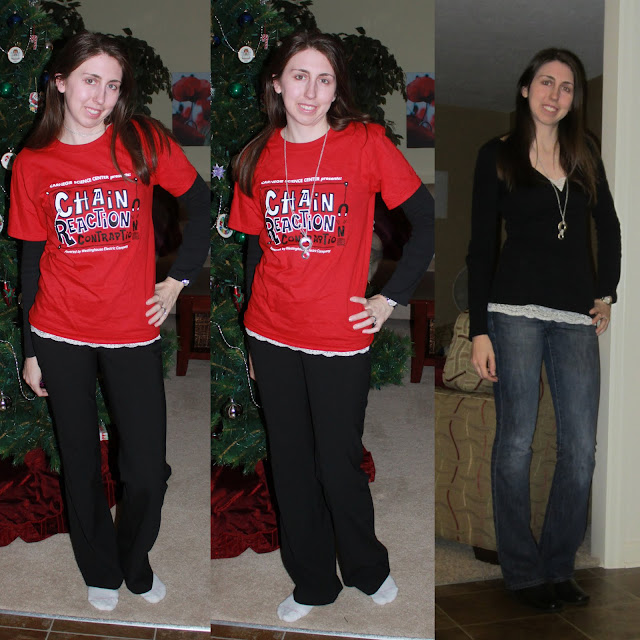 Running shoes were worn in outfit 1 but I forgot to take my picture before removing them.

I woke up bright and early to get to the science center by 7am.  Dave and I were judging the Chain Reaction Contraption contest.  That was very tiring.  It was very interesting to see what the kids came up with.  This year their contraption had to play a musical instrument. 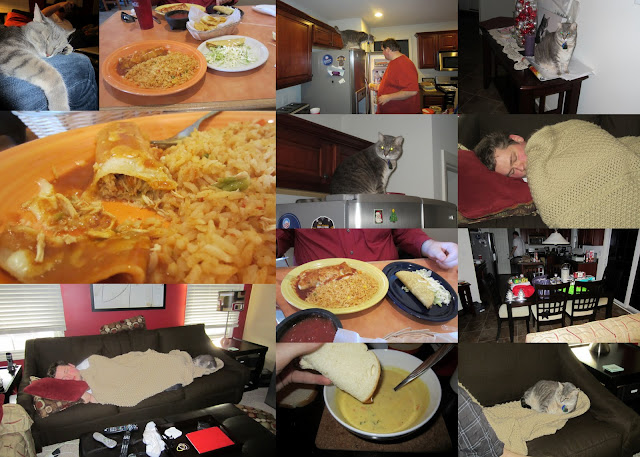 We were done a little after 11 since we only volunteered for half a day.  We went to Campesinos for lunch on the way home. We got home and decided to rest for 15 minutes. I set my alarm for 15 minutes. We turned on West Wing. Well before I knew it, I was asleep. My alarm went off and I kept resetting it for 15 minutes.  One of the times I forgot to hit start before I fell back to sleep.   When I woke up it was 2 hours later and I noticed Dave asleep on the other couch. (Poly was napping too.)

Instead of cleaning or whatever we should have been doing to prepare for my family Christmas party, I decided I had too much to do so I wouldn't do any of it. That's how I work.  I watched some TV and used my computer to catch up on cropping pictures for my blog. I was a few weeks behind and I had to catch up some time.
at 8:14 PM