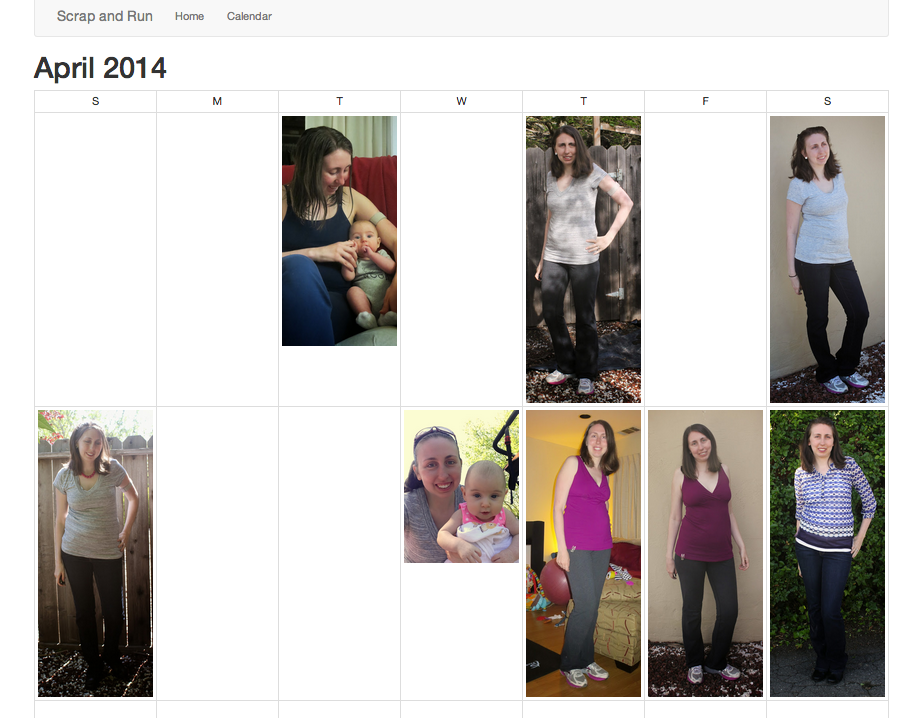 My outfit site is a work in progress. It was good back in August but then Dave went to upgrade some things and half of it doesn't work.  Then I couldn't add more pictures.  I'm back to being able to add pictures. But now I'm months behind.  I can't wait until it's functional. I also can't wait until it stops taking like a minute to load a page. (ok that's a slight exaggeration)  My old old site that didn't have the database had a picture of me everyday even if in pajamas. If I just wore pajamas I didn't enter it on this site. But also now if I just wear the same nursing tanks and pants I barely take my picture. I don't like all the gaps so I might start entering more. Ever since Ella sometimes I wear real clothes (example: April 9) but don't even take a picture. I'm falling off the wagon here. I was so good at taking pictures everyday for 8 years and then slacked off.  I started this May 2005 but this site only goes back to April 2009. It is very time consuming to go back. Also the further back you go, the harder it is to remember which jeans they were or harder to enter older articles.

I briefly blogged about it a year ago so you can see what it looked like back then if you want.

As soon as Ella naps when Dave and I don't have a million things to do, we will start pair programming to work on the site. I hope that is soon. He did spend about an hour on his own recently to get it so I could upload pictures so that's good.  Actually in January I could have uploaded more but I didn't know. He fixed it so I won't have the problem I had in September though. 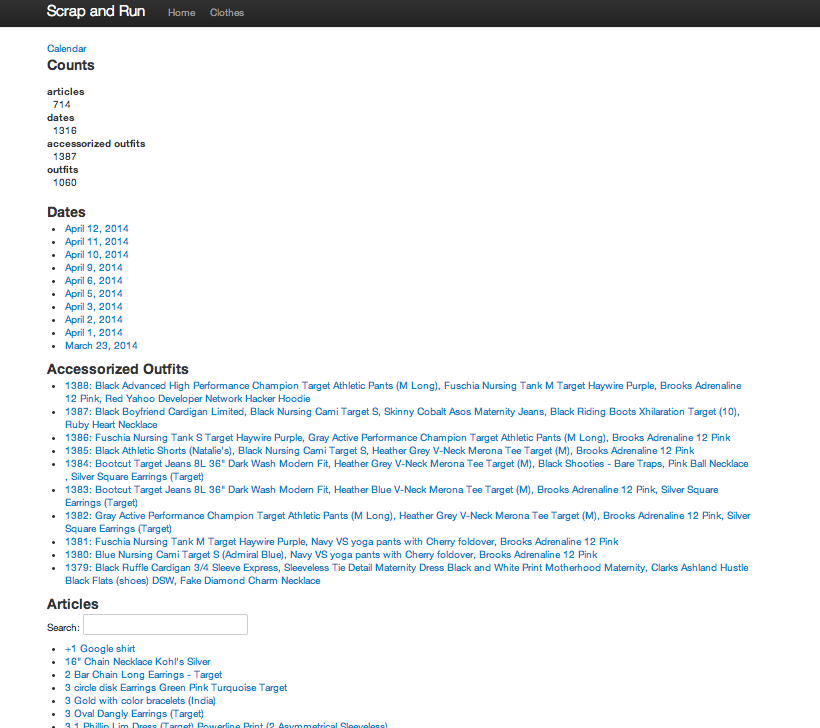 Some of the old list type stuff still works and others doesn't.  I need to add cost per wear for an article.  Back in the day you could hover over a picture on the calendar page and it would pop up with the outfit info and you could click on outfits and articles. I miss those days. I wish I took screen shots before.  I like what is listed at the top of the screen shot. It's cool to see how many of each thing I've added. 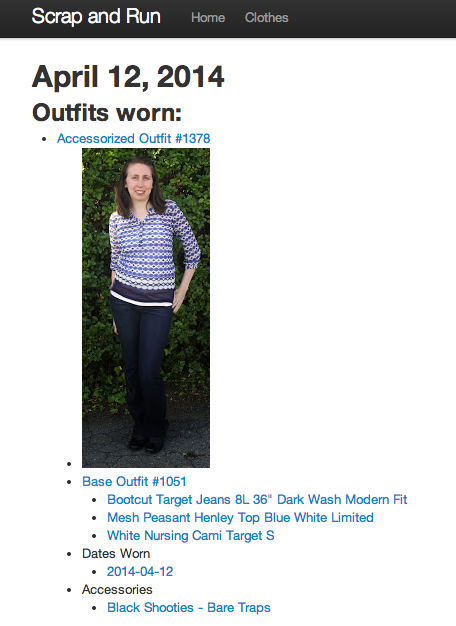 Here are some screen shots I decided to include so at some point I can look back at the progress. 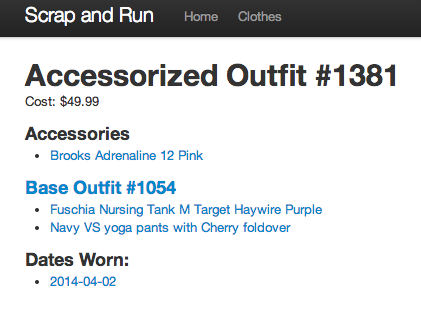 I love seeing the total for an outfit. (The shoes were a gift so they count as $0 so that's why the cost isn't about $150) 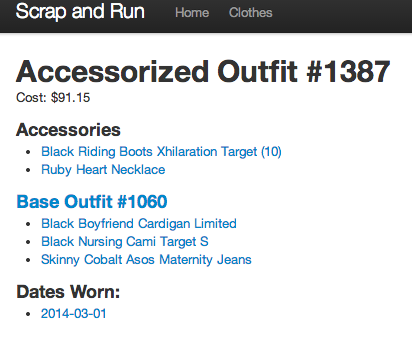 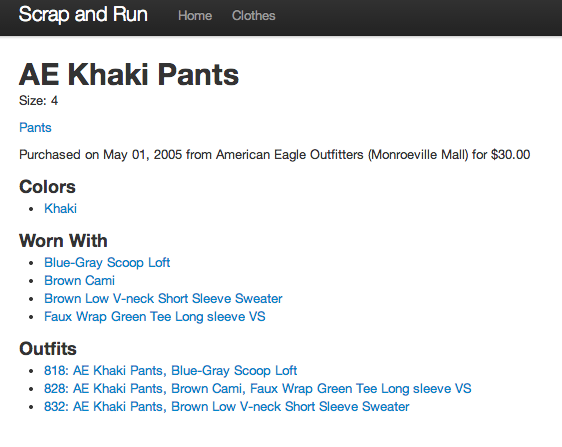 As you can see I was trying to enter some back data.  If I knew the year and month but not date, I picked the first of the month. But then sometimes I actually bought something on the first so I can't assume if it's the first I guessed. I also had to guess on some old purchases. I made a post before about my most expensive items. I bet none of that has changed in the past year. Just looking at it and going by memory I think the list is still the same but I can confirm later.