Dave was working but I was home. I had a long to do list to get done while he was at work. Too bad I didn't do any of it. 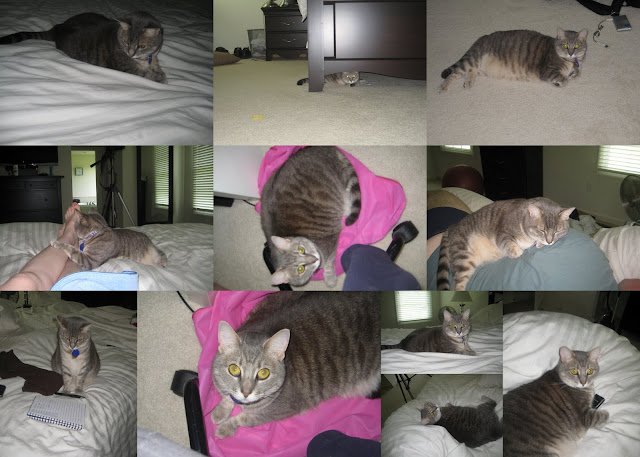 I took a lot of pictures of Poly throughout the day.   I used the exercise bike near lunch time and then did an ab workout.  I went a lot quicker than the last time I used the bike at home.  I did it while watching the 2nd to last episode of The Biggest Loser.  Then I showered. I decided to eat lunch while wearing my robe since I hadn't eaten breakfast and I even had a workout.

After lunch I watched some TV.  I was also doing laundry. Around 2, Dave got home. Then we napped.... for about 2 hours.  I was still wearing my robe.  I think I was in my robe for 6 hours.

Finally I threw on a dress to go to Lowe's and pick up dinner. I think I was in the dress for 3 or 4 hours total. 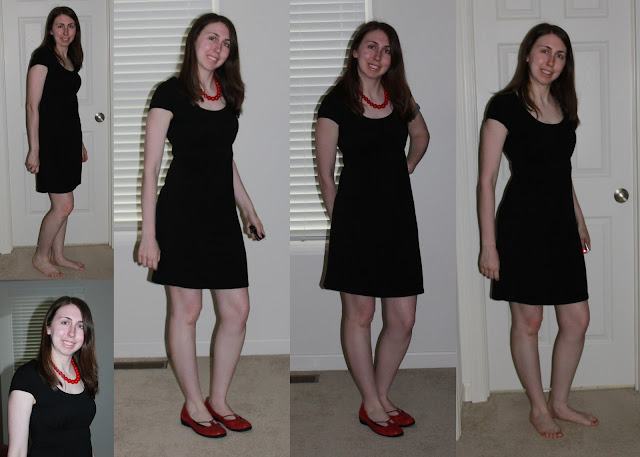 We bought mulch. We came home and ate dinner. We watched Crazy Heart. I watched TV after the movie was over.  Surprisingly I didn't stay up too late after taking a 2 hour nap. 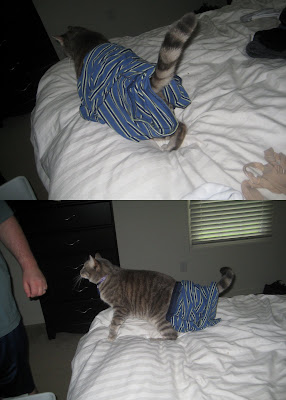 Dave always comments that Poly doesn't even wear underpants. Well when I was putting away the laundry, Dave threw his boxers on Poly. It was cute. He told her she was wearing them wrong. Then she moved and they shimmied down and he told her how that was better.  We have full conversations with our cat. Sometimes she meows back at us when we ask her something but usually not but that doesn't stop us from talking to her. Often Dave responds as Poly. He can be very funny.
at 10:28 AM