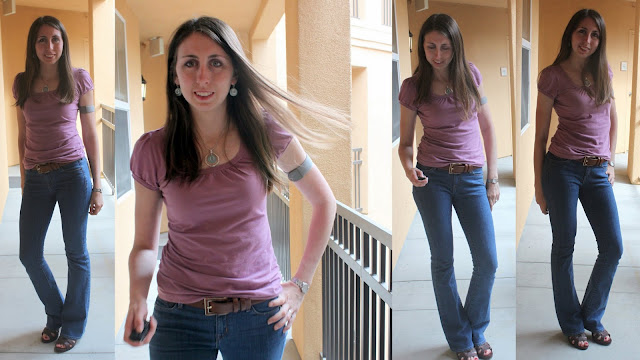 Sandals: Famous Footwear - R2 ($20 on sale but I only wear them with pants because the laces are a bit annoying)
Shirt: Loft (2009)
Jeans: Indi - Custom Fit (Purchased with a groupon)
Belt: F21 (probably the first time I wore it but purchased in 2011)
Necklace and Earrings: Lia Sophia 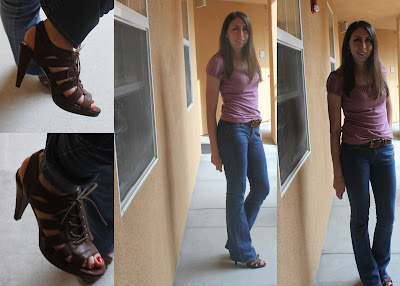 Notice Poly in the window looking at me take my picture.  I had a lot of trouble getting the pictures right. The remote wouldn't work right. Then sometimes it would. Then it stopped. Then I'd go back inside and realize I cut my feet off in the pictures so I'd go repeat the ordeal... This happened 3 times.

I haven't worn these pants in forever. I thought they'd be too big. I was wrong. They are a tad long so I have to wear them with a heel which is why I hadn't worn them in awhile. 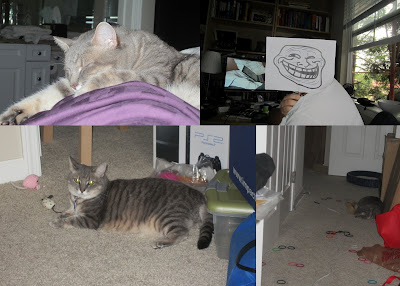 My day started off a bit unusual. Dave turned on Day[9] Daily #100 and it was so captivating that I basically watched all 2 hours of it without even doing anything else.  To me Day[9] doesn't even look like a nerd but Dave tells me that is because I hang out with nerds too much. I tend to like Funday Monday when Dave has those on. I can't help myself but watch. I love his stories.  Now I don't play Starcraft at all but he almost makes me want to play.

Also note what Dave printed out so he can hold up.  He likes to say things to make me mad and now when I turn around after he made me mad, I see this! (Know your meme: Trollface)

When Day[9] was over I realized I was hungry. It was noon. I tell Dave I'm hungry and ask where he wants to go. Then he asks me where I want to go. He gave me options
At first he asked if I wanted to go really far. That didn't sound fun. Then he added, "Do you want to go close like the kitchen, far like Baja Fresh, or really far like In N Out?" To put this all into perspective Baja Fresh is .1 miles away according to google maps and In N Out is .8 miles away. I'm really liking his definitions.

By 2 PM we finally left the house and we ended up at In N Out. I didn't even get fries this time.  Then we went to JCP to return Dave's shirts since I had found the receipt.  We headed to another mall after just for fun. Traffic was so bad. The parking lot was a mad house. Stores were too packed.  So we ended up just walking around. We did get 45 minutes worth of a walk in. 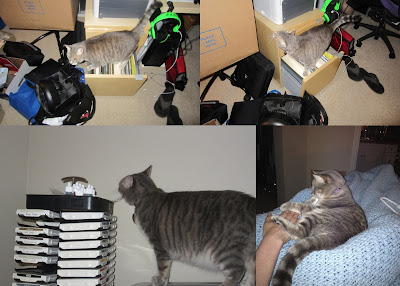 We got home. Dave went to read. I wanted to nap but checked my email then went in to nap and see Dave sleeping.  We wake up roughly 3 hours later. Since it was 8:30 PM we decided to order a pizza.

We watched 1 episode of TV then I figured I better do something on my to-do list or else my graph for that will look really bad.  I went through my 2 nightstand drawers. I found Dave's RPI diploma. It has been missing for ages.  I did a few other things.  I did some blogging. I did some going through emails. I actually read some blogs. I feel like in my jobless state I read blogs less than I did before. I also feel like I watch TV less which is very weird.  I sit at a computer all almost all day but don't have a TV on or any music or anything.