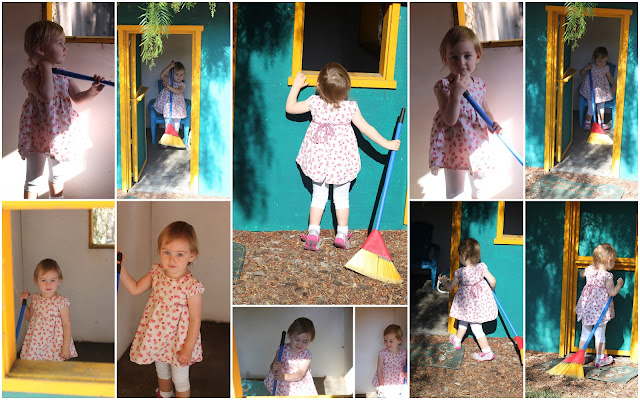 Stats:
Sleep
She is staying up entirely too late. She seems to fall asleep between 9:30 and 10 every night. She wakes up about 7. She naps for about 2-3 hours almost everyday. Her naps have been starting later because she stalls with going to the potty. They start closer to 2.  She goes into her crib awake.  Near the end of the month she was getting tired and requesting to nap earlier! 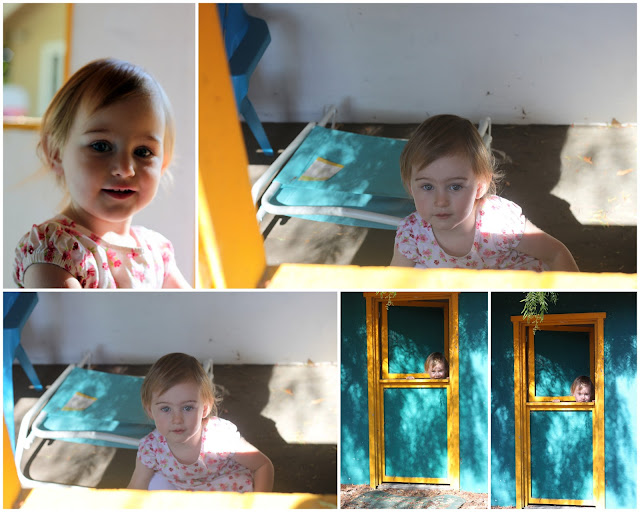 Sample Schedule:
She wakes up around 7. She goes to sleep between 9:30 PM and 10:00. We start bedtime routine around 8 daily. She only naps 1 time so if that gets screwed up in a stroller and she naps 20 minutes that is her nap for the day.  She naps pretty close to 2.  For an hour before nap and an hour before bed she is stalling and claiming she has to go to the potty. It's taking up more of my day but she's crying less in the crib.

Ella eats breakfast as soon as she wakes up most days. She eats snacks during our daily runs.  Then she eats 2nd breakfast near 10.  She eats lunch at 11:30 or so.

She has some milk, uses the potty, then naps.
She eats briefly after nap sometimes and then eats when we eat dinner. Dinner has been near 7 but she can't wait after nap that long. I wish we could all eat dinner earlier but that just doesn't work out.

Bedtime routine has changed slightly again.  We all hang out together in her room. Dave used to read to her but she doesn't seem to want that anymore. Dave kisses her goodnight and she drinks some milk. Then Ella and I hang out and use the potty. I read to her on the potty and then when she sits on my lap. As soon as Dave leaves, she tends to sign for the potty and get right up to go.  As soon as she goes potty, she points to get a sticker then runs to show Daddy her sticker.  I sing to her. She knows the singing means she's going into her crib. That's usually when she'd sign again for the potty.

She wears pullups at night and during naps just so she will sleep better. She used to wake up from naps dry but she doesn't anymore.  She also tries to insist on wearing panties at night but when I let her, I come in and she's still lying down on a puddle of pee. I even go in when I first hear her before she is even crying. I think she goes as soon as she wakes up before she's ready to get out of bed. We have to change that. 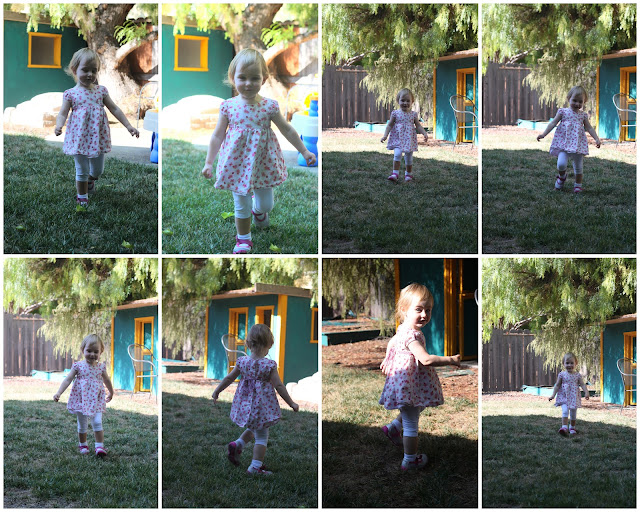 Special Moments:
On August 22, she stayed dry in SF and then went potty at home like such a big girl.
On August 23, she drank 2 full sippies of milk before bed.
On August 24, she started jumping.
On August 27, Marie noticed that she had FOUR new teeth!
On August 28, she ate at her picnic table and didn't even leave a mess.
On August 29, she signed then nodded for potty then went in the car in her travel potty.
On September 8, she woke up a little before midnight and had to go potty. She went in her potty too!
On September 9, Ella was in her crib 1.5 hours before napping. That was quite a long time.
On September 10, she was in her crib and then almost was asleep then thought it was time to wake up. She was far too excited for her first day of preschool.
On September 11, Ella negotiated with Dave. She wanted a sip of his lemonade. He said, "one sip." Ella replied with "two." This went on about 10 times and then Dave finally said "OK two" and she took two sips and gave him back his drink. I thought it was so cute but then it started a trend of negotiating.
On September 12, we were at the Dollar Tree and ask Ella if she sees something she wants. She says "clock" and points to it. So we got it for her.
On September 18, I said "Bye Ella" and she replied "Bye" then followed with "bye mommy." That was the first time she put them together.
On September 20, we went to the museum for train days. Ella got to pick which balloon she wanted and she said purple and pointed to it. A train was going around and it would have some smoke. Ella didn't like it and said "away."  In the evening we were at the park and a balloon went up in the air. Ella got so sad. She even cried. She watched it go and it was so sad for her.

Development:
She nods or shakes her head appropriately so it's great for communication.
She's talking more and is less shy about it.  She's actually talking a lot and it's great. She still has a lot of work to do.
I feel like I put her in pullups more so then she uses them more. She was better before but it sure is nice not cleaning up pee.  She has finally stopped peeing when she's in the high chair.
She knows the number two. She really knows it. She says it appropriately and loves to have 2 of things.
She negotiates now.
She can turn on her ipad, open hangouts, and call my mom all by herself and she has.
She started jumping. She isn't that good at it.

Other Tidbits:
Likes
She likes all the same things as last month.
She loves to draw. She can now make circles instead of just straight lines.

Fun Facts
Longest time sleeping: 11 hours 6 minutes  (666 minutes)
Potty or accident times (from September 1-20): ~5 times (documented about half the month then started up again then stopped again)
Time spent sleeping (from September 1-20): 12.5 hours per day
Nights she did not sleep through the night!: 3 but only once did I go in to see her.
Doctor visits: 0

Firsts
Going potty at a friends house
Day of preschool

Random Things
We put her in pullups a lot more than we used to when we leave the house just to avoid accidents. She signs a lot at restaurants but then won't go potty in them so we have to go outside to do her travel potty. She wants to use every public restroom just to explore. She never goes in them. Not using a public restroom really puts a damper on her wearing gutchies all the time.
On August 21 I stopped tracking when she went potty. But then I started again after I thought that she was having more accidents. Then I stopped again all before the end of the month.
I noticed Ella has hair on her legs this month. I forget when though.

Ella loves this dress but now it's too short without leggings.  I love that leggings make it so she can still wear it.
at 2:00 PM