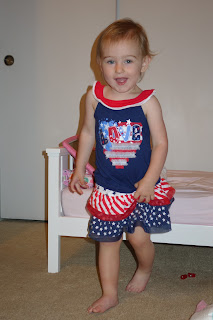 Ella woke up at 5:10 AM. I tried to get her to go back to sleep and failed.   I really wanted to go running. Dave did not want me to leave. Then he said I could run to Shoreline and he'd take Ella then I could run with her and then run home without her. Well he took FOREVER to get ready. I didn't leave until after 8:30. It was so hot and sunny. He wasn't there when he should have been so I added a little loop first.  Ella napped 30 min when I ran with her. 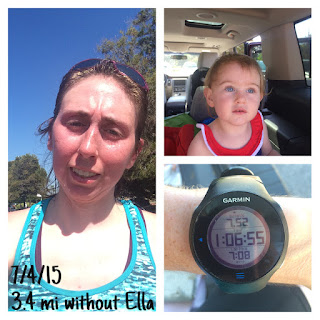 I didn't want to run home because it was so hot. So I only ran 7.5 miles instead of my goal of 10. I thought I wasn't going to ends up running at all since I didn't have a friend to run with so I guess 7.5 is OK. I tried to do a 9 minute pace since that's what I need at the race. The last 2 miles were rough. Ella went pee in her travel potty in the back of the car while waving to everyone.

Since I wasn't running home, Dave wanted to go to Target.  We spent well over an hour there.  Ella signed to use the potty and I took her to the car and she went in her travel potty. I knew better than to try to force the public restroom on her.  Ella had Dave's keys while in the car.  Then when we got back to Dave, he commented she was going to lose them then he picked her up. I assumed he took the keys. He assumed I had the keys. Later we went to leave and he didn't have his keys. I went in to look for them and then went to the lost and found and they had them!

We got home and had some food. She was not happy. Then she took a nap. I took a nap too. I napped for 2.5 hours. Ella napped for a record 4 hours and 40 minutes (I'm guessing this is a record.)  We decided not to wake her up so then maybe she'd stay up late enough for fire works.

Close to 7 Brenna and Dan came over. Then we got Dickey's.  Then we walked to watch fireworks.  Ella was better than I expected. She only got scared on the one that was so loud it set off car alarms.  Before it got dark she loved running around and was joining other people on their blankets. This kid is a social butterfly.  She was very tired when we got back and she fell asleep while nursing.

I stayed up a bit. I was not tired at all. Then I went and watched TV on my ipad. I was up past 2. I didn't wake up to turn off my ipad and take out my headphones until 3:30. 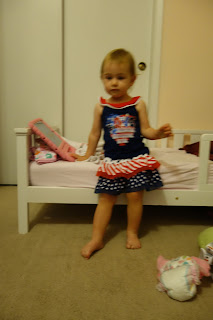 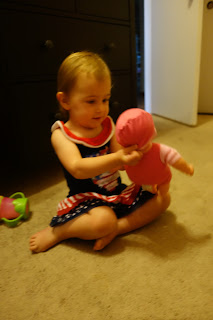 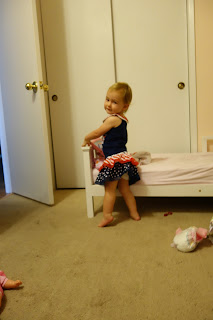 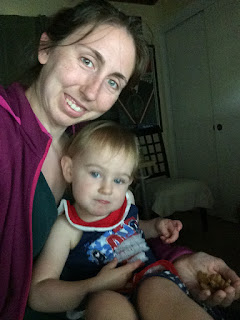 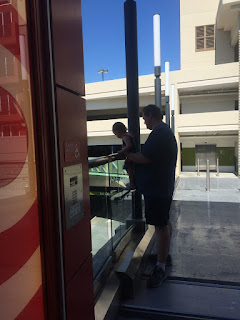 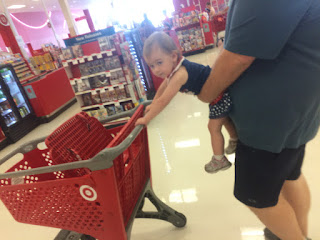 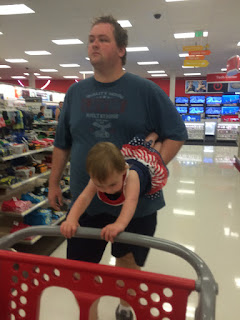 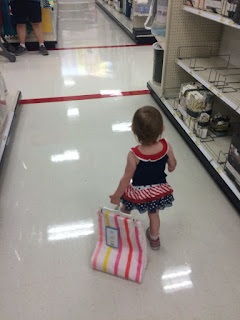 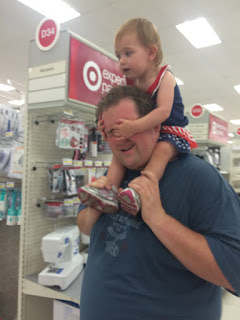 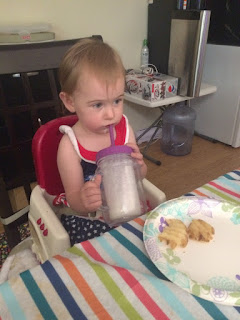 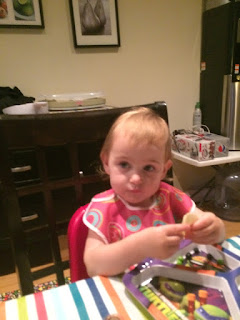 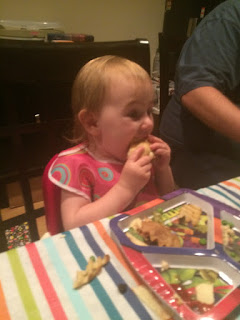 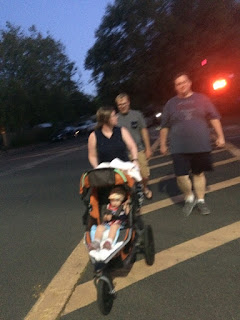 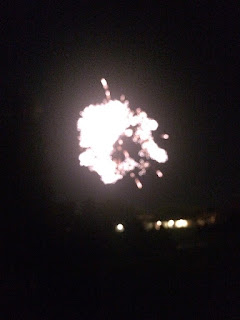 I didn't take pictures of the fireworks and took this one and it's awful. Oh well.
at 9:57 PM