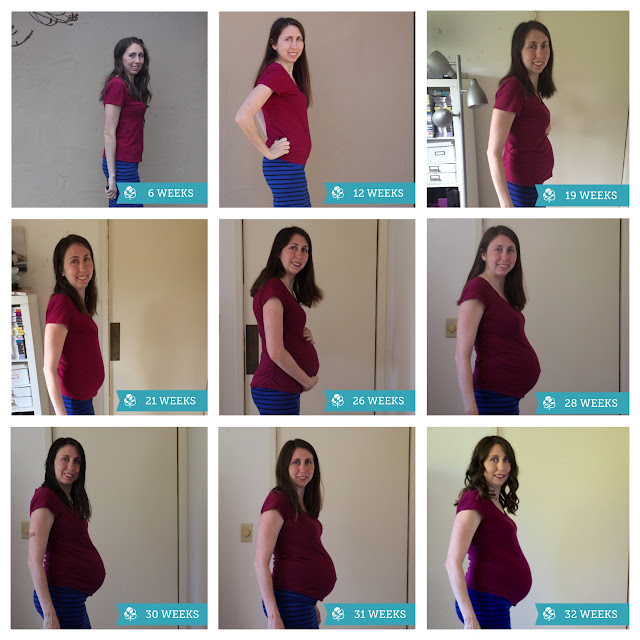 Monday I ran and then Monday night got some insane groin pain. I told Dave it felt like my groin was tearing. Then Ella yells at me "Lie down Mommy."  Later I more described it as being stabbed.  I told someone about it and she described it as lightning groin. I looked it up and the description mentioned it was like you were being punched in the groin. I feel like a punch would have been less painful than I was feeling.  It was hard to walk. Turning over in the night was awful. It took the pain 3 days to go away and it didn't fully go away.

Ella's sleep has been pretty awful and thus so as mine.  I hosted less things this week because I cancelled 2 things after almost everyone cancelled. It wasn't worth my trouble.

It's been a little hard to get anything done with Dave home almost all the days with his back being bad. Then other days he takes the car because he's going to PT.

We were supposed to have the maternity photo shoot today but with Dave's bad back and Ella's poor sleep, we postponed it until July 24. 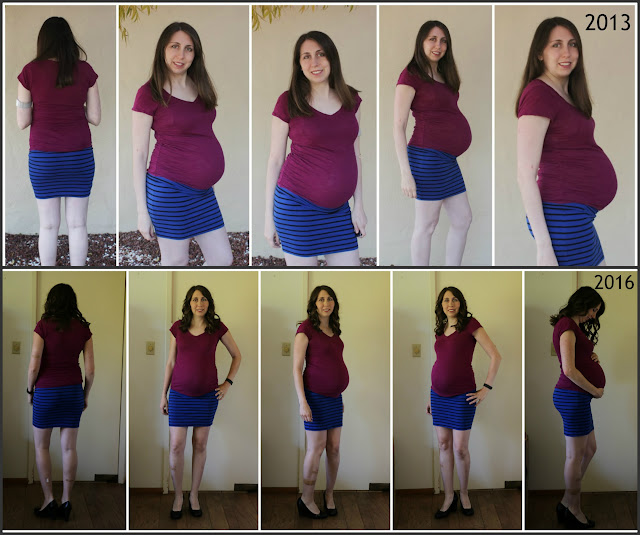 My this point last time we had the crib and it was together. We still have that crib but it's not together. We had showers so we had things for the baby. I have the same stuff plus I got boy clothes from a baby swap. Yet I feel like I'm insanely behind and it's freaking me out. Maybe a friend can come over some day and help me assemble the crib since Dave can't bend and I'm getting too stressed out.  Weeks ago I got the paperwork I have to fill out and mail to the hospital and I haven't done that yet. This week I better! Last time I mailed it in but then they still asked me all the questions when I got there so maybe it needs to be mailed WAY earlier.

My weight gain is so high and then think how I'm not concerned well maybe I am because I keep thinking about it. I don't know. Then I think maybe I SHOULD be concerned.  Weight is an issue even if I'm not concerned because then I think I should be.  Stuff is getting a lot harder to do and it'd be easier if I didn't put on so much weight. I am glad I have not noticed swelling this time around. Last time i could poke at my ankles to show off how swollen they were.  I'm still wearing my wedding rings even though I think they are tighter some days than others. I might not be wearing them for long. I know I quit wearing them last time around at some point. 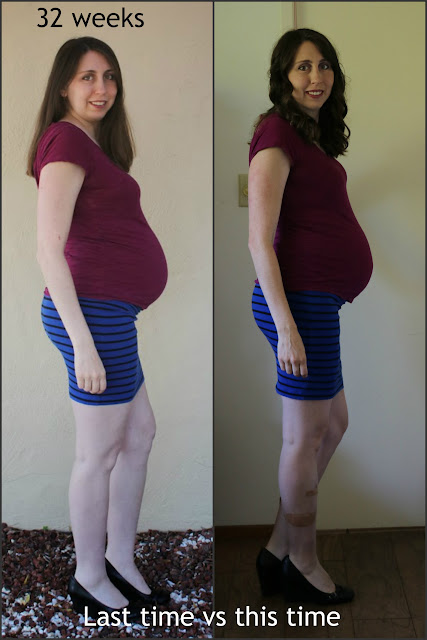 Size of baby: Bok Choy, 16.7 inches long from head to heel. My app on my phone says the baby weighs about 4 pounds.

Total Weight Gain/Loss:  30.1 lb gain overall because I gained 2.7 lbs this past week. I was pigging out and always hungry so it doesn't surprise me.  I was also in a lot of pain so simple walking was done less than normal.


Maternity Clothes:  My hoodie is to the point of almost not zipping! All tops are maternity. Workout pants are still my normal ones.

Movement: I feel like he moves in spurts. My belly will crazy move but as soon as I'd go to tell someone, there is no movement. I swear I feel the butt and it moves all around.


Sleep:  A couple times I woke up because my straightened leg got so stiff. Poly wakes me up nightly because she wants me to reposition. I barely get to sleep because Ella stays up past midnight. One day this week she woke up at 4:45 AM when her pull-up leaked and she couldn't seem to go back to sleep.

What I miss: RUNNING! I can't believe I have to be done with it. It was so painful for 3 days after. I really need to not do it. I miss it!

Exercise:  I ran Monday and taught bootcamp Friday. We went in the pool twice but mostly I have to stick by Ella and she wants to hold my fingers so I don't get much exercise. Ella and I did go on a walk one night. 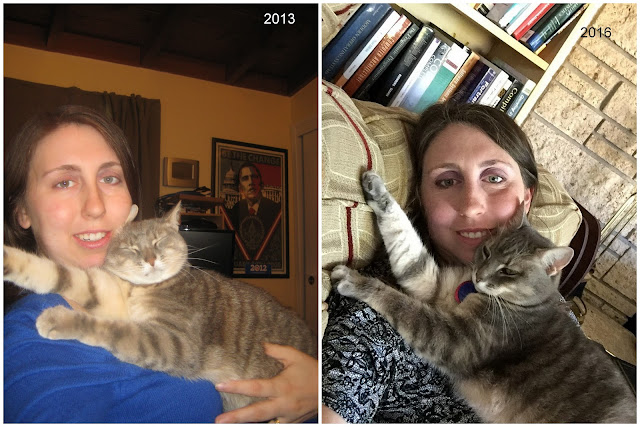 Same this time: Poly woke me up back then to reposition for how she wanted me to sleep and she still does that. I can't believe I used to describe it as cute. Now I want her to leave me alone. I'm exhausted.

Different from last time: I talked about how much the baby moved and this time he doesn't move as much anymore or it's just old news because he was crazy moving early. I gained a lot of weight this time and last time I had a 0.3 lb loss. I did a little number compilation of some things and one of them was miles run since being pregnant this time and the total was 106.41.  Last pregnancy it was a total of 41.8 miles. Most of those were the weeks prior to finding out I was pregnant! It was a bad time last time. (I ran a half marathon and had 2 long runs leading up to it to help me rack up the miles.)