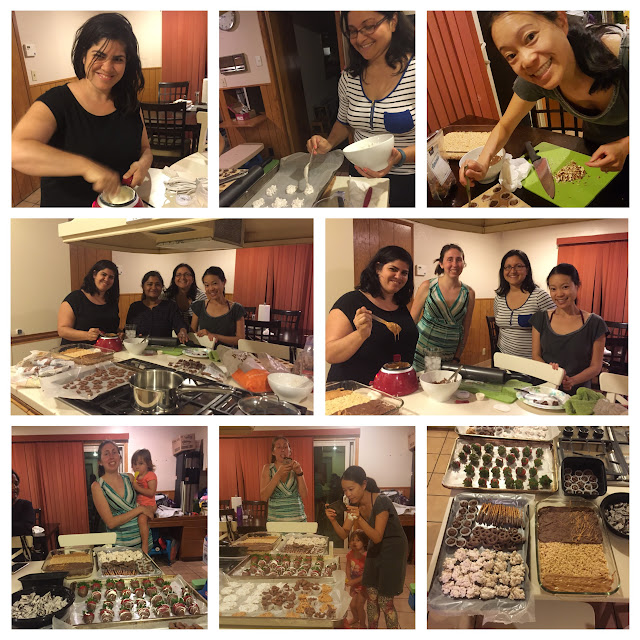 I was talking to Stephanie about how I used to make candies all the time and I miss it. We decided we should host a Moms Night In and make candy. They could eat some here and take some home. We'd split the costs and it'd be a fun time.  So then we scheduled one.  Tons of people signed up right away but then it fell in the middle of our mom group's biggest loser competition so then people kept changing their RSVP to no. So we moved it to a few days after the competition ended and a few days before the next one started! 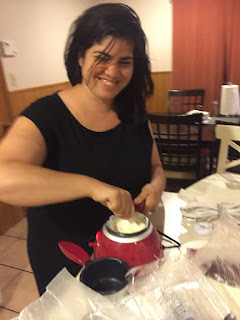 We had 5 of us making chocolates. Ella was also with us after the first hour. 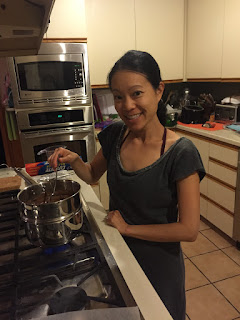 Nobody else had made candies before so this was new to them. They caught on quickly and knew just what to do. 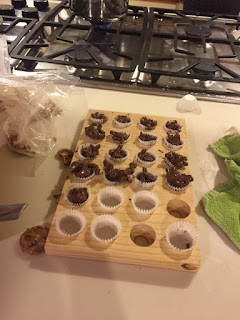 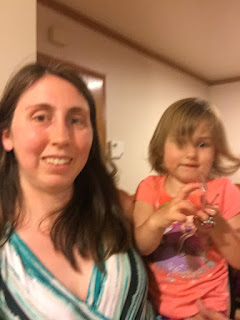 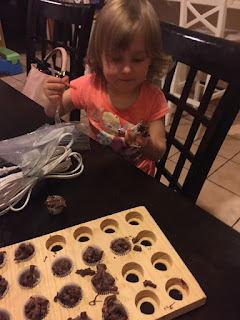 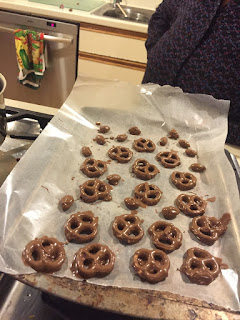 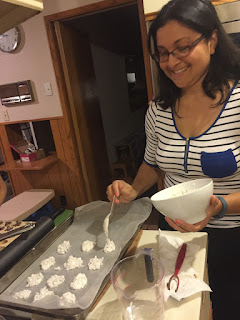 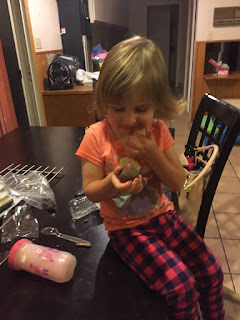 She ate a little bit of chocolate but didn't eat that much. 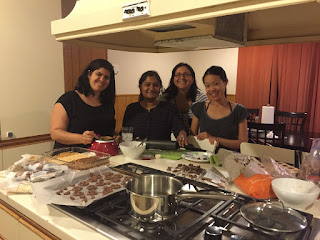 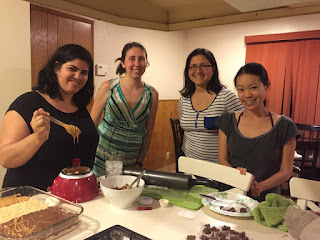 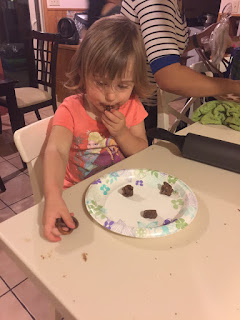 Right when we were about to clean up, Ella said she had to go potty. I took her and she went then we came back to the kitchen and all the dishes were already done. :) Ella had convenient bathroom timing. 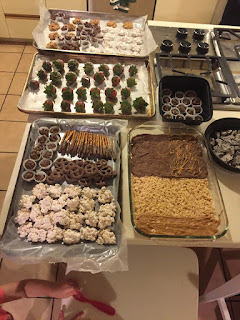 This is almost everything we made because we didn't eat much as we made things.  It ended up being $35 worth of ingredients! 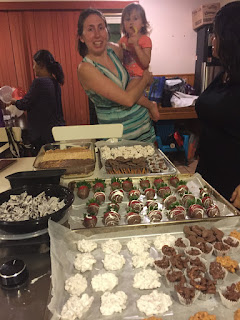 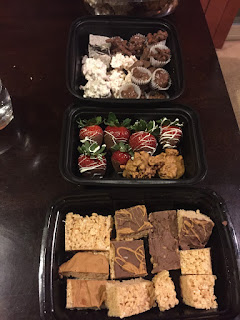 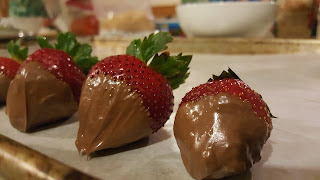 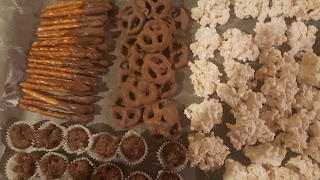 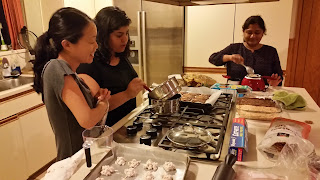 Originally about 10 were signed up but it went down to 5. I think 5 was a really good amount. We were able to work around each other and not get in each other's way.  Only once did I forget how huge my belly was and went to scoot behind Stephanie and my belly just totally ran into her. It gave me a good laugh. 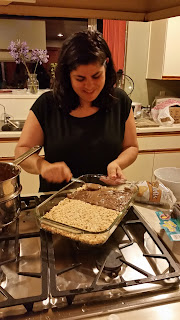 Most moms hold a MNI and their kid is asleep before it starts. Ella was awake the entire time but started getting really tired at 10:15. Everyone was gone and it was all cleaned up by 10:30 so the timing wasn't too bad. (Now 1 month later she isn't even close to tired by 10:15.)

This was my first time making candies since I made them for Christmas 2011. I was a little rusty but not much.
at 6:16 PM