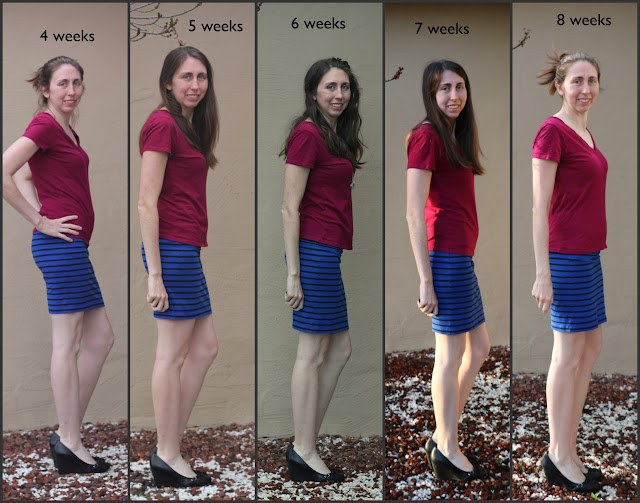 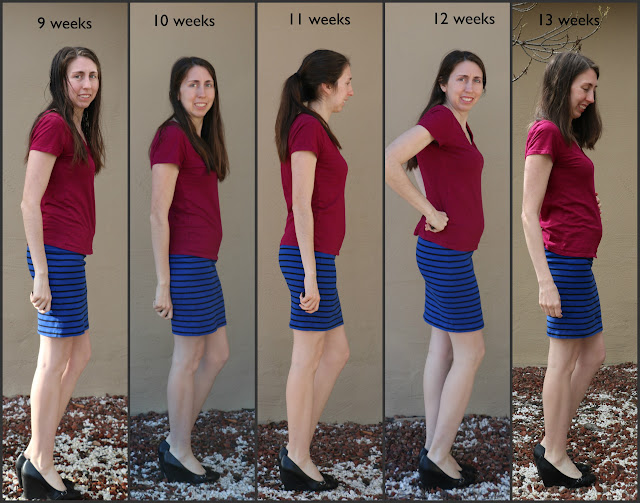 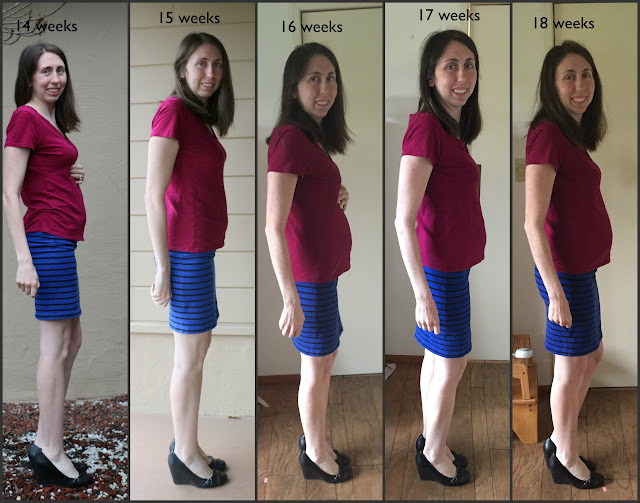 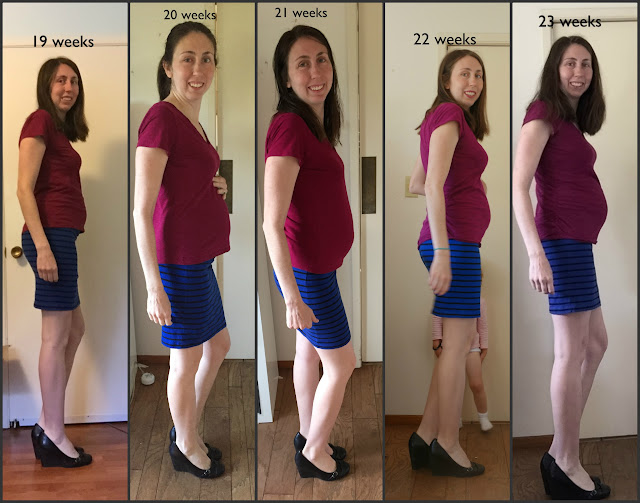 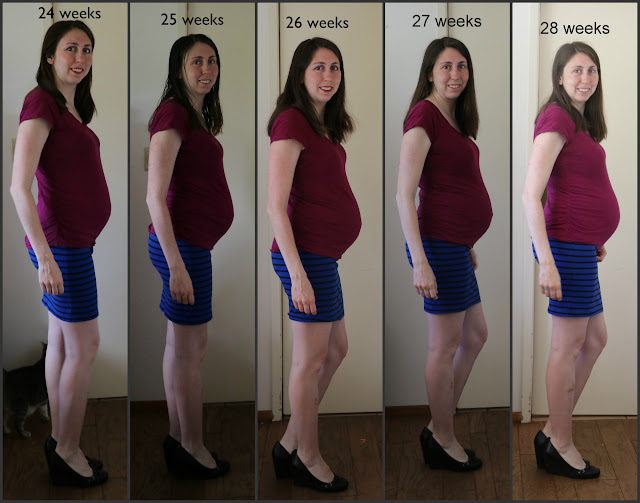 I included a ton of pictures this time since it's been a few weeks since I showed the early on weeks. 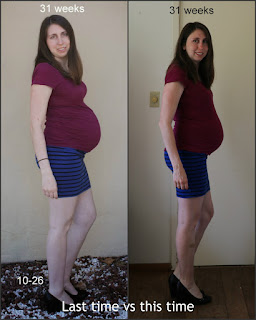 I feel like I'm huge now and these pictures make me look more huge last time. 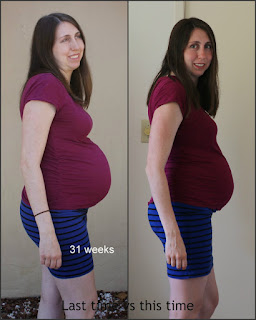 I feel so busy and swear we aren't even doing anything baby related. It's kind of stressing me out when I randomly think of it. I have swapped baby clothes with a friend so now I have boy clothes and she has girl clothes. I don't have a dresser or anything to put them in. We don't have the crib put together. We don't have a name.

I managed to make it through the week without the groin pain I had been having after overdoing it or after exercising. So then I got a lot more confident with doing things. 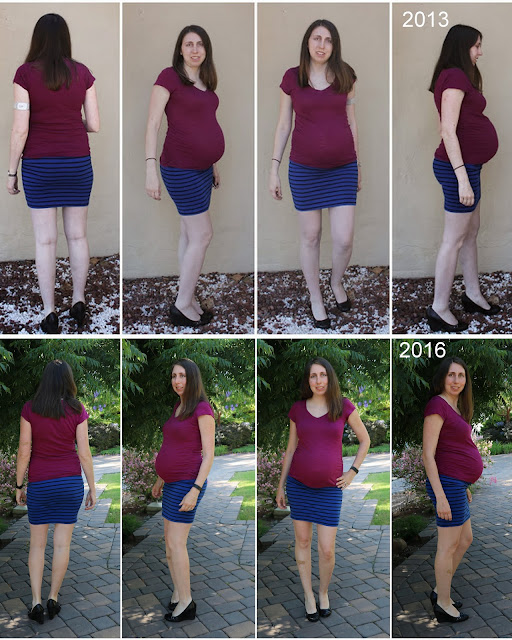 I randomly took a few pictures at various angles and then I saw I had some last time so I did a little collage comparison.

Size of baby: Bunch of Asparagus, 16.2 inches long from head to heel. My app on my phone says the baby weighs about 3.3 pounds.

Movement: (The same as being pregnant with Ella.) The amount of movement is crazy. My entire belly will move too. But she only  moves for a few seconds so by the time I tell people to watch my belly move, there is nothing for them to see.  Sometimes she is moving like crazy so I tell Dave to feel and as soon as he sticks his hand on my belly she stops.

Sleep: I woke up a few times with a very stiff leg that i had to use my hands to bend my leg to get it unstuck from being straight. I now sleep with a pillow between my knees. I'm barely sleeping because Ella is up past midnight and wakes up at 7:30 some days.

Symptoms: My fingers are a little swollen that sometimes my rings are hard to get off. My back hurts with poor posture.

Best moment this week: I can barely remember the week. Maybe just being able to lounge a little on Monday when Ella was at school. Maybe taking Ella to the beach but that was also stressful.

Looking forward to:  Getting a ton of meetups hosted before the 3rd week of August! Baby Shower!

Exercise:  I ran Monday, taught bootcamp Thursday, and was in the pool twice.

Same this time: The movement is the same as last time and it's quick bursts so then I never get video of it.

Different from last time: Last time I already had 1 shower (in PA) and was cleaning for a 2nd shower (in CA).
at 4:31 PM