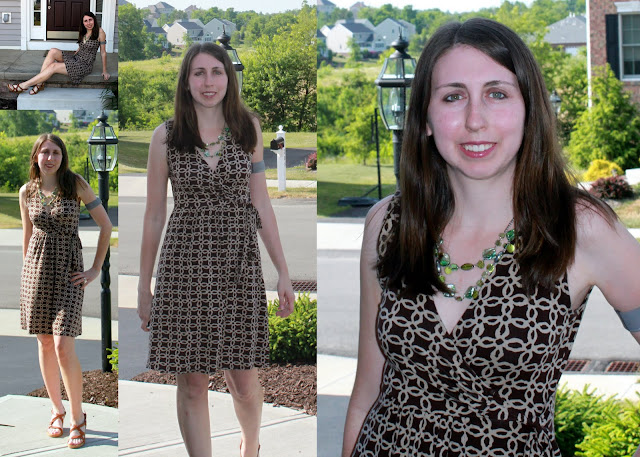 For my Style the Scavenged Seven, the dress part of it. 6/7 there for the first week and it's only mid week.

I may or may not appear tan in these pictures.  I was tan from the bottle. It was probably the best it worked, then it started going downhill after that. It's quite an art form. I didn't use any of it on my face. I did put it on my neckline, arms, and legs. 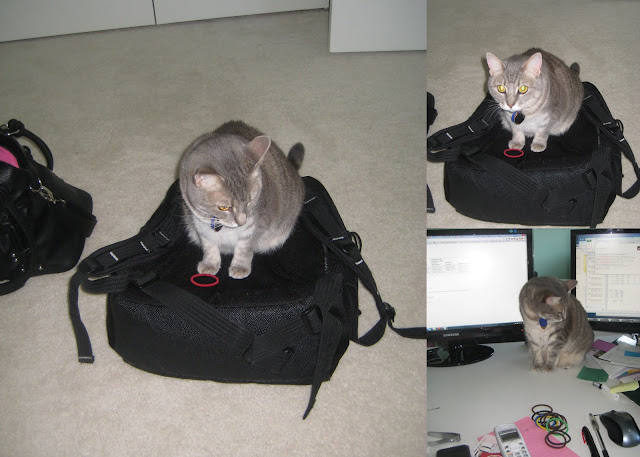 Poly discovered a new bag to sit on. She would bring back the ponytail and put it right on my backpack. It was her home base. 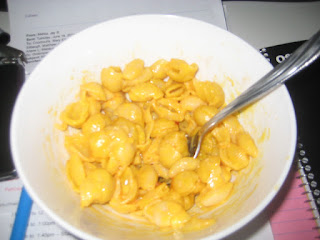 I had leftover Velveeta Shells and Cheese for lunch.  I ran after that. I was going to run in the morning but didn't fit it in. Instead of feeling guilty about it, I just went for a quick run at lunch. 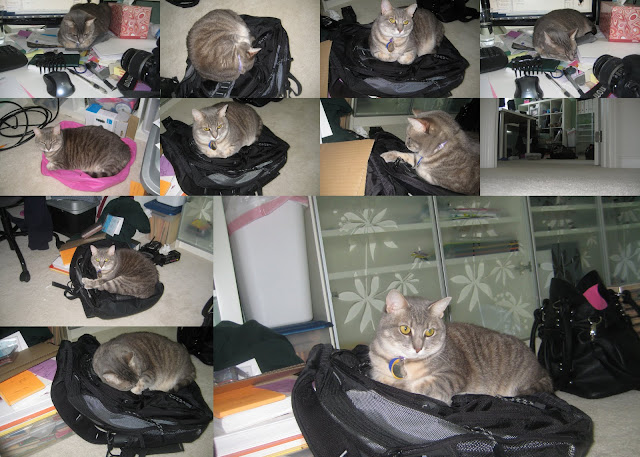 Poly found a good napping spot on my backpack. It is moved from the position in the collage above.
After work I was going to Callie's to celebrate her birthday.  I ended up working 1 hour longer than I thought so my times weren't as planned when getting to Callie's.  I stopped at Giant Eagle to buy a cake too. Then I was going to pick up Timmy, even though I didn't know why. I was supposed to run with Callie so I didn't know what he would do while we ran. Well I get to my parents and he won't leave. He said the party doesn't start until 8. Sigh. I didn't get to run with Callie.   Then we got to Callie's around 8.  They weren't ready. But I didn't even know a yard party was official so if we would have run, it would have been OK. I had running clothes in the car. 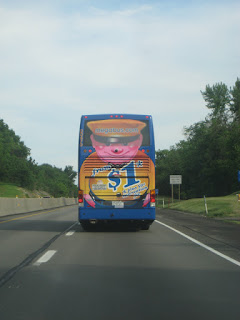 On the Turnpike on the way to my parents I saw a Megabus for the first time. 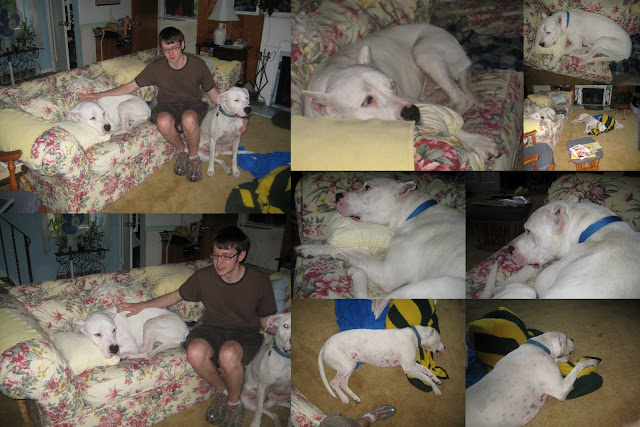 When we got to Callie's, her dogs were lounging around. Callie wore them out running with them for so long.  Calle's mom doesn't allow the dogs on her couches so pretend you didn't even see it above :) 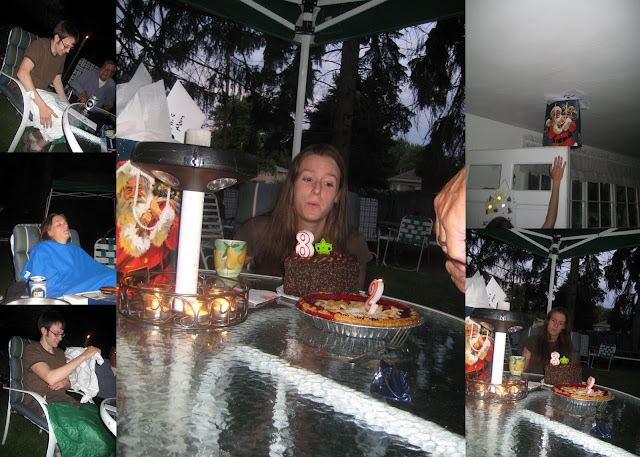 Calle's party was for her birthday.  Her brother put her present up too high.   Callie's mom had a cake and a pie. Callie didn't want everyone to sing to her. I know her pain.  After the singing, Callie's mom went and got the cake I bought.  So there were 6 people for 3 cakes and 3 kinds of ice cream.   It was chilly but I got athletic shorts from the car and put them on under my dress and it was a lot better.   Timmy got cold and used wrapping paper as a blanket. He said it was warm.   My parents came over after awhile and brought me a hoodie.  Callie fell asleep around 10:30 but we did not leave yet.  Timmy left with my parents but came back with his own car so he could stay for ages. He brought 3 people on his way back but Callie was asleep so never even saw them.

I love Callie's family. I also love that they just shout across the street to the neighbors to come over to get birthday cake.

I was going to take work clothes and PJs just in case it got too late, but Poly was on my backpack when I left and I felt bad so I didn't bring it with me.   I left Callie's around 1.  We played Encore around the fire.  We played "campfire" rules where you don't actually follow the real rules or use the timer.

I was out really late. I drove the whole way home without falling asleep or having to stop to take a nap.
at 11:19 AM