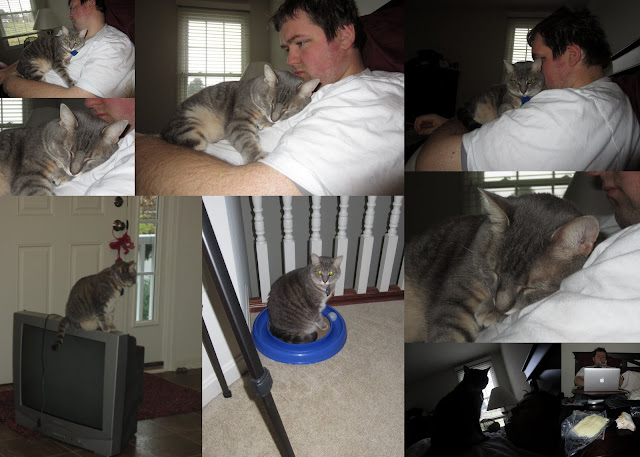 I assume I didn't do much prior to leaving for the 5k. I probably did something and can't remember though. We headed for the 5k around 1:30 PM. 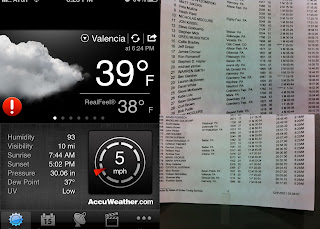 I can't believe how good the weather was for a NYE 5k.

After the 5k I ate. Then I went running to meet my monthly mileage goal. Right after that I showered and then I had to do work. 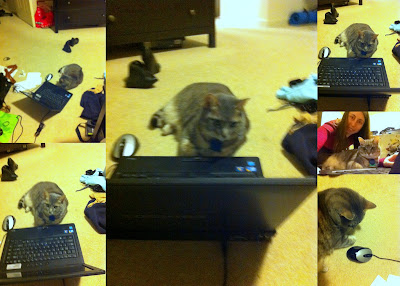 Poly was trying to help me get my work done on NYE. I was there and she cuddled up between me and my computer. I just had to get up to get my camera.  Doing the work caused me to be late for the NYE party.  The work I had to do wasn't really my work but it was doing work for my director and I couldn't have done it until I got an email from her granting her approval and then I had to do some things for her. 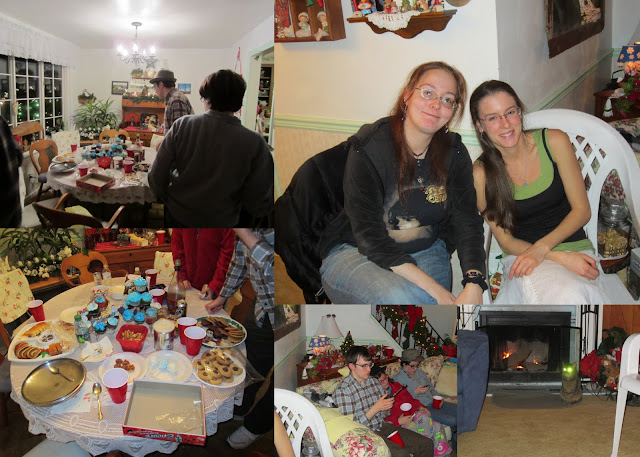 I actually wasn't that late to Callie's but I like to be the first one there.  I didn't take many pictures.    I was there until 4:30 am or so.  We played Encore and I hated that game. I don't know songs.   Then we played catch phrase. That is more fun. I love how we play that game every year. 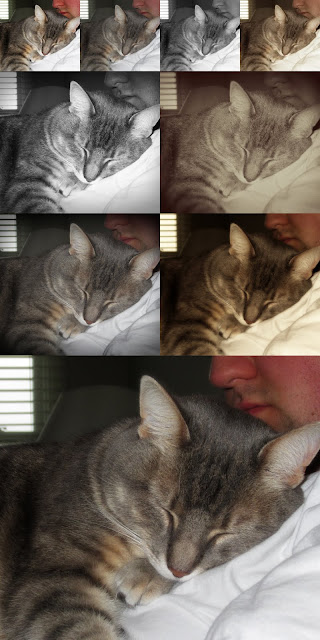 Just look how cute Poly is.  I used photo shop to edit the same picture in many different ways.  I don't know which one I like the best. I named the files based on what I did to them but once they went into the collage, I don't know which is which. 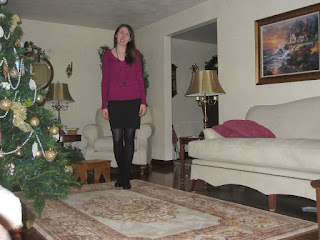 I took my daily picture at 5am. I had a different outfit on but then Dave didn't think the skirt went that well.
Sweater: Express
Necklace: Black House White Market (or whatever the name of that store is)
Skirt: F21 (I think)
Tights: Target
Shoes: Aldo
at 1:00 PM