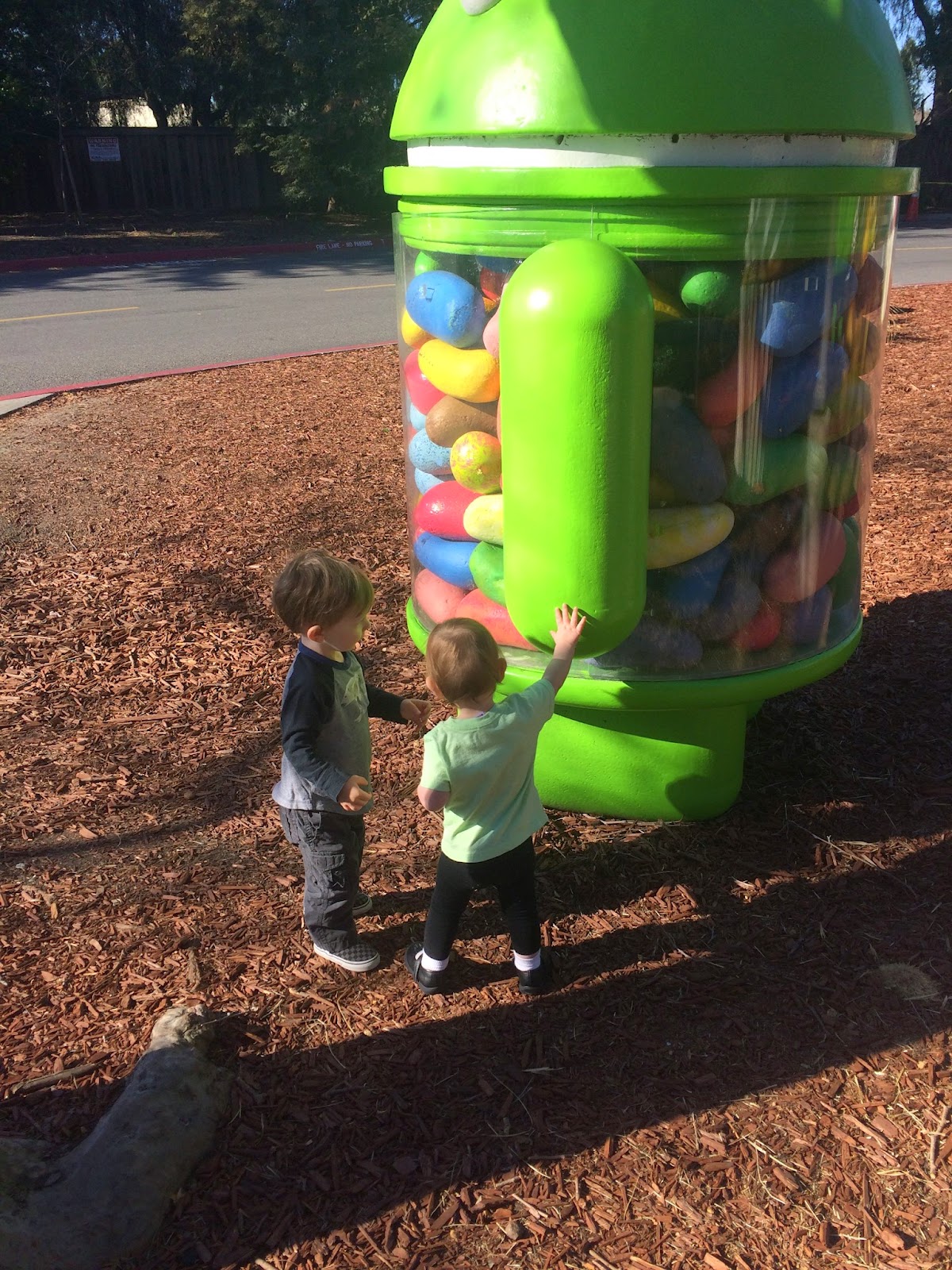 Beth came over to run near 9 AM. We ran to Google to see the Android Statues. The sun was very harsh so we couldn't get good pics. I was all ready to take Ella's picture by the statue when Gio got out of his stroller and ran over to her and immediately gave her a hug. She didn't hug back because it was so quick but I got a pic.  I love how they love each other. They hug or lean in for kisses without being prompted.   It was actually a shorter run than I thought and 1.5 mi to get there so we had to add on and loop around a bit on the way home to get a little longer run. 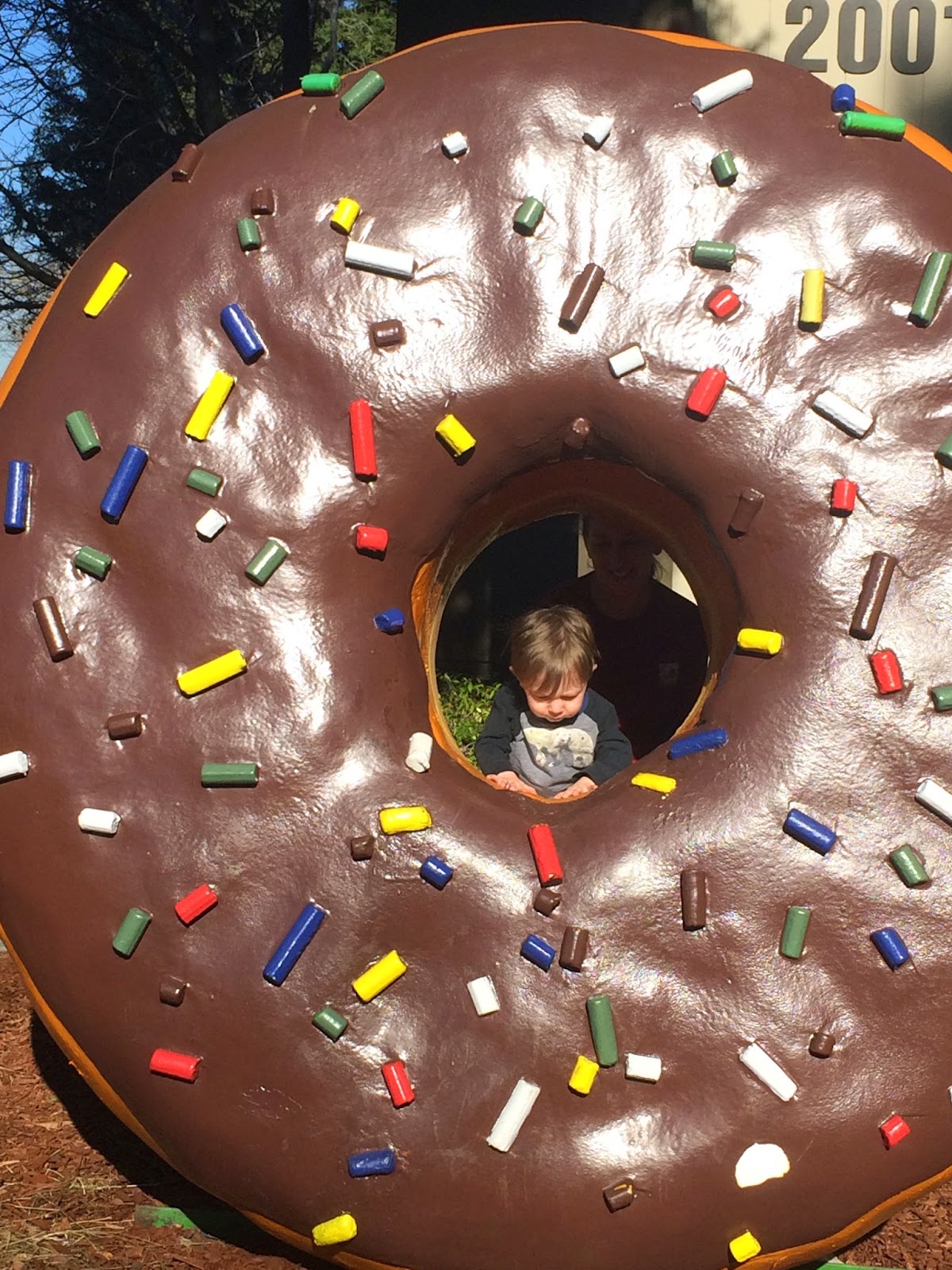 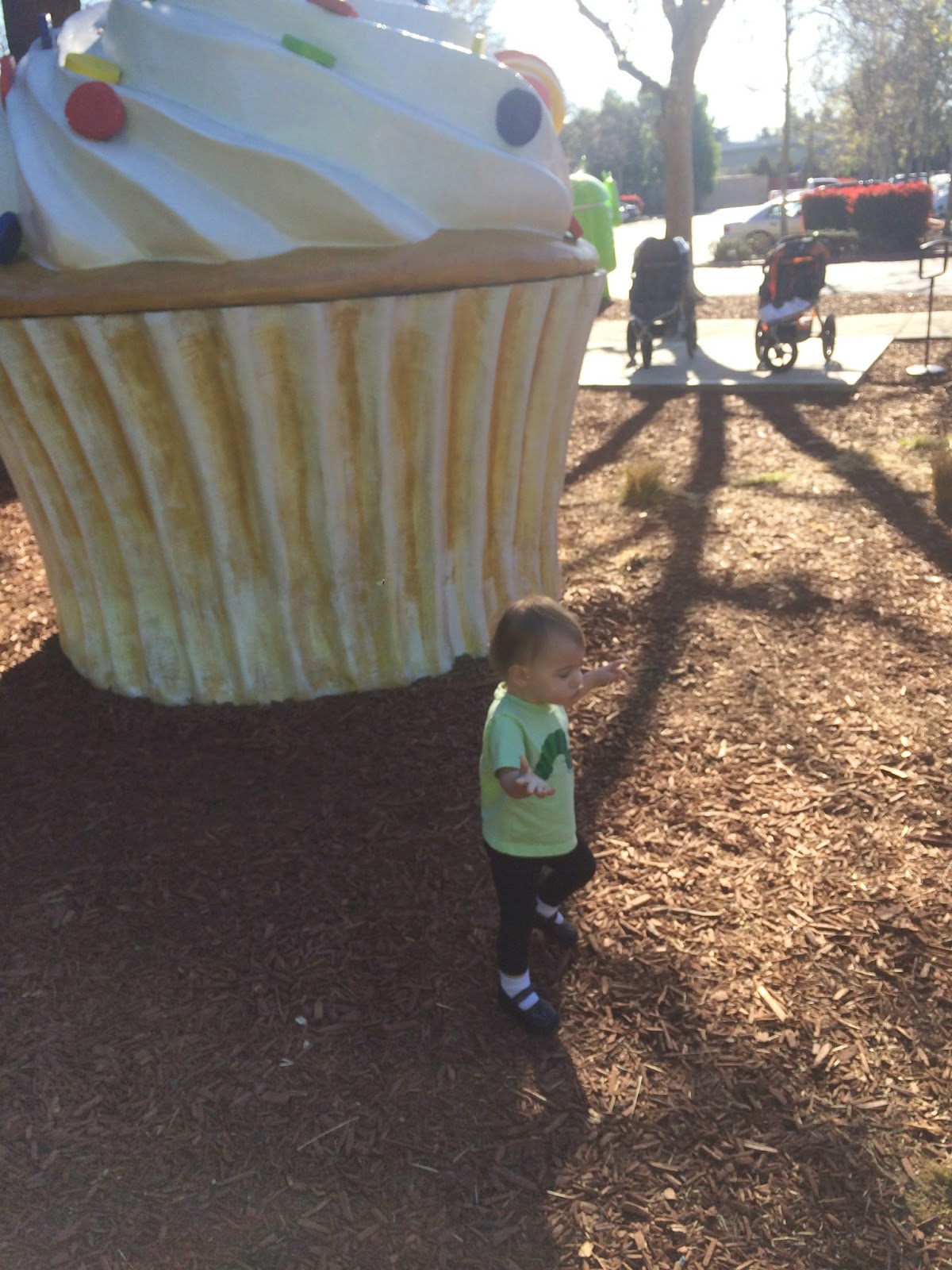 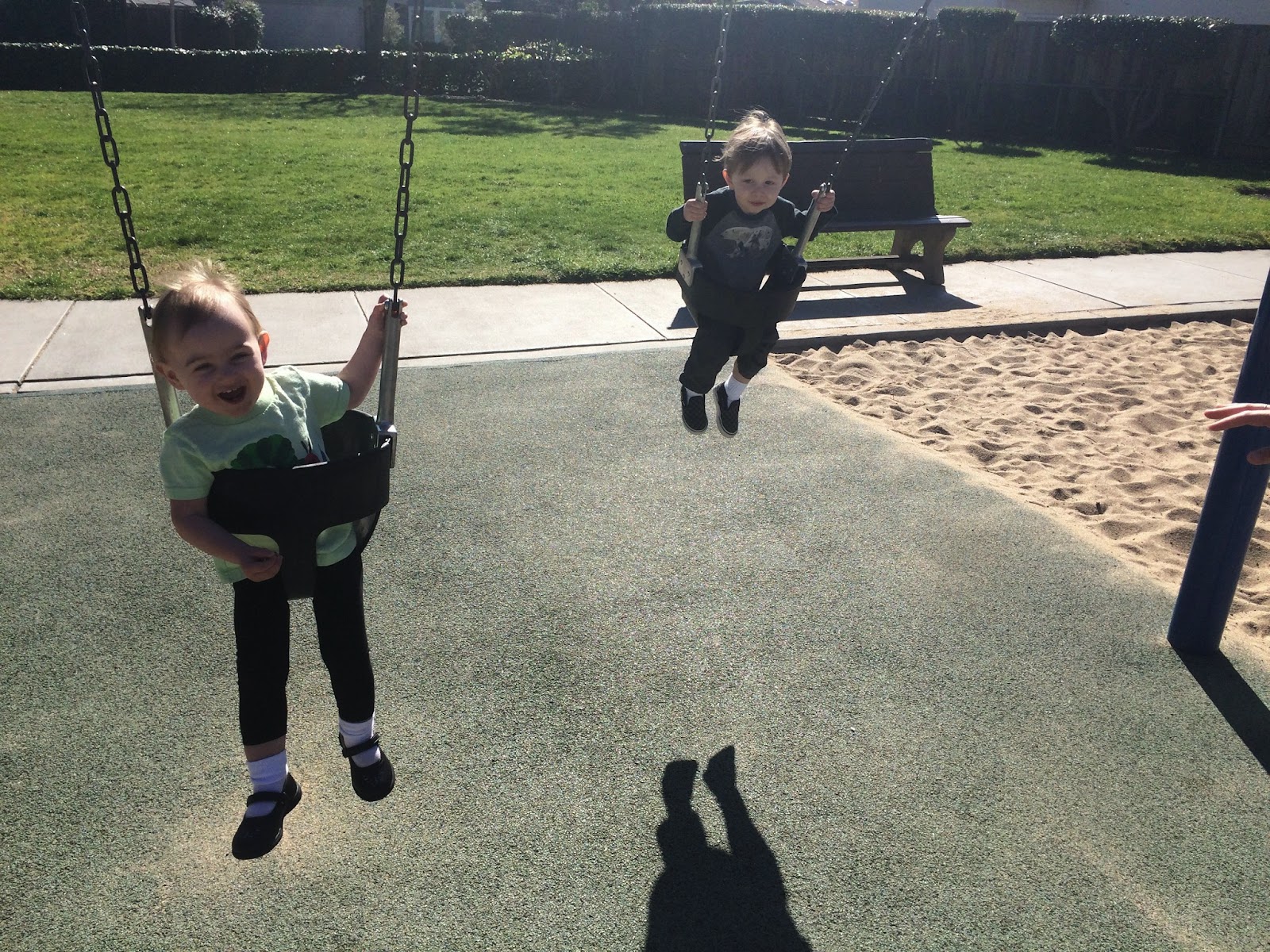 We played at the park after our run for over 45 minutes. They had fun. 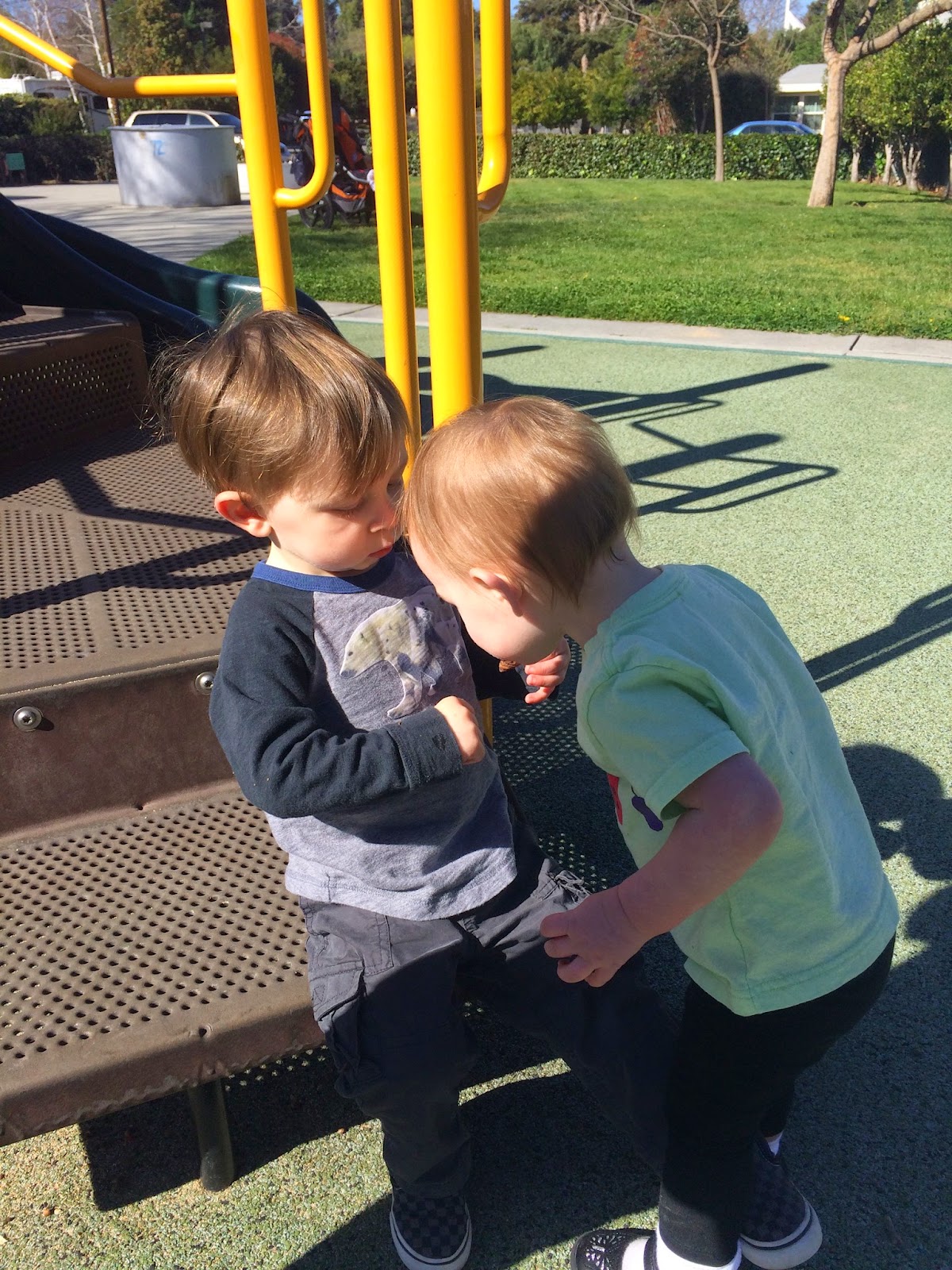 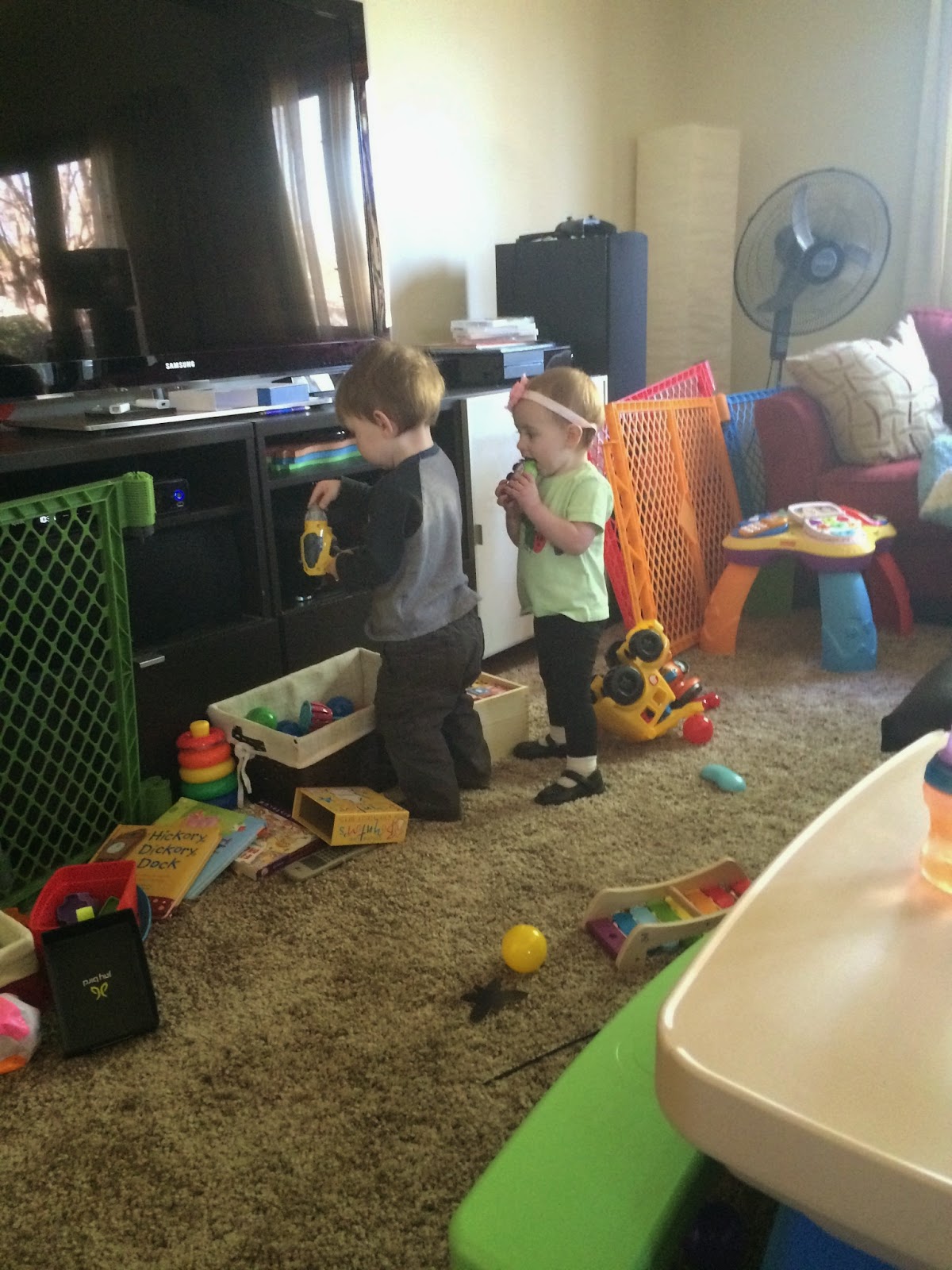 Then we played at home a little. 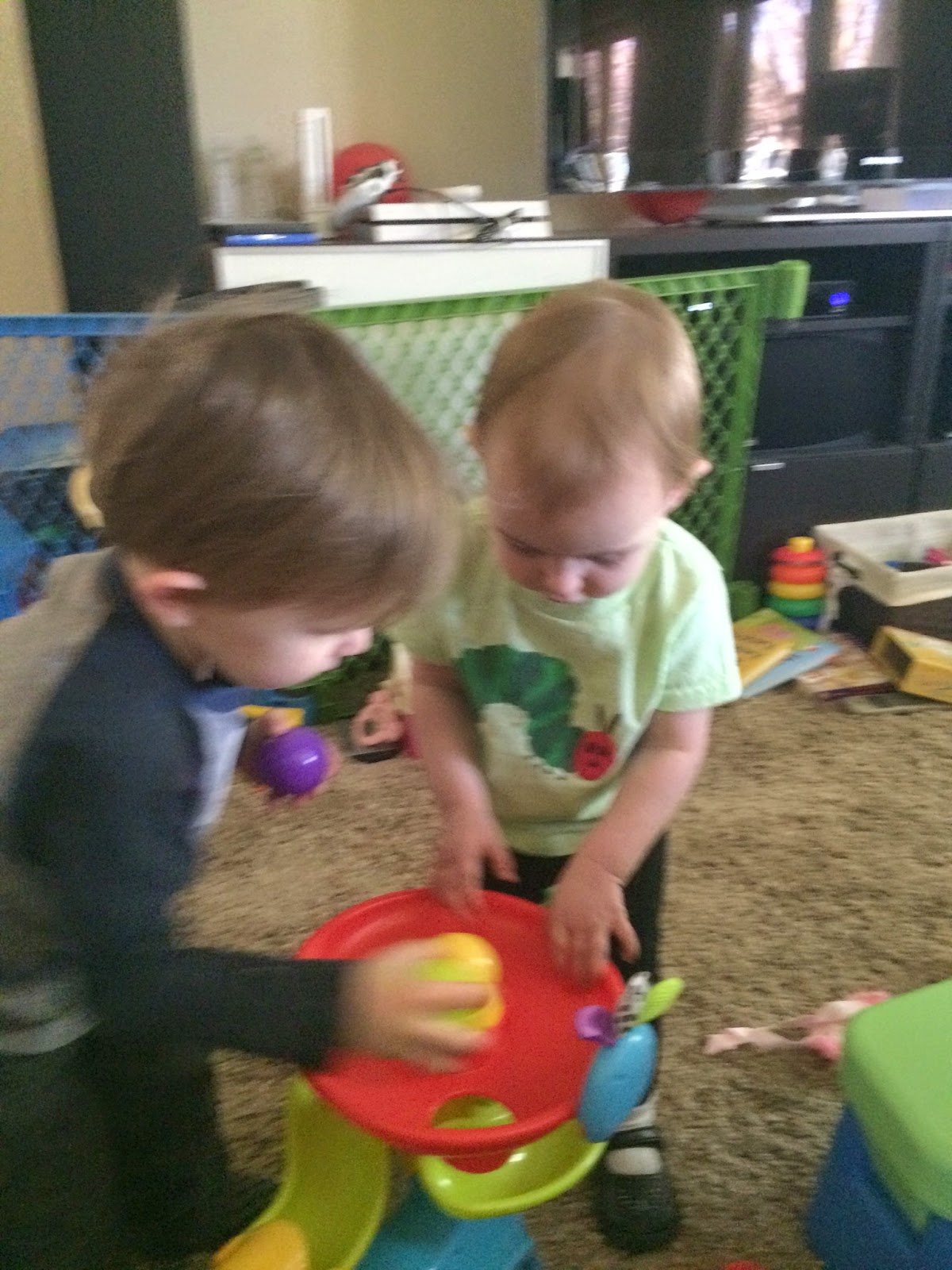 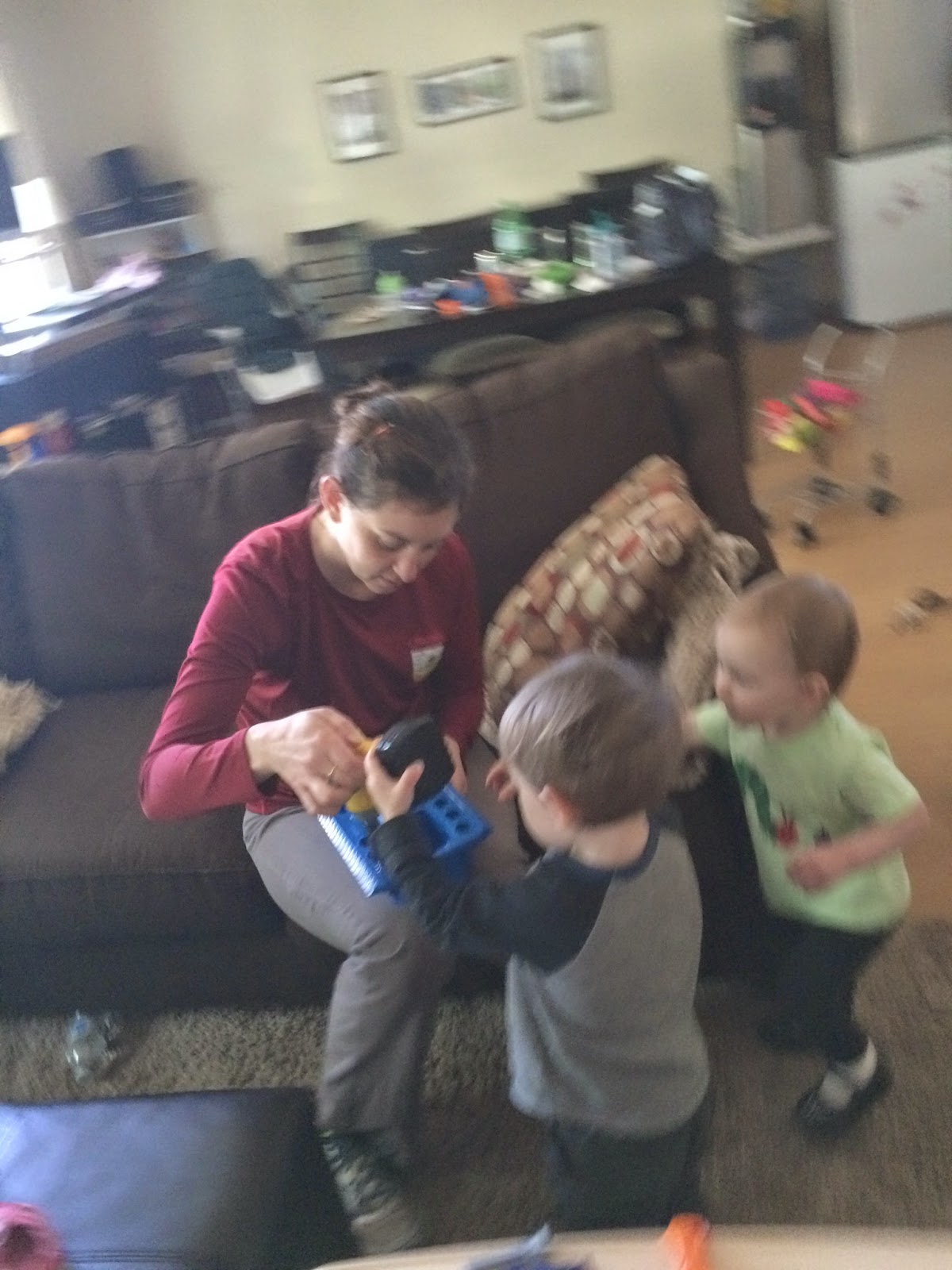 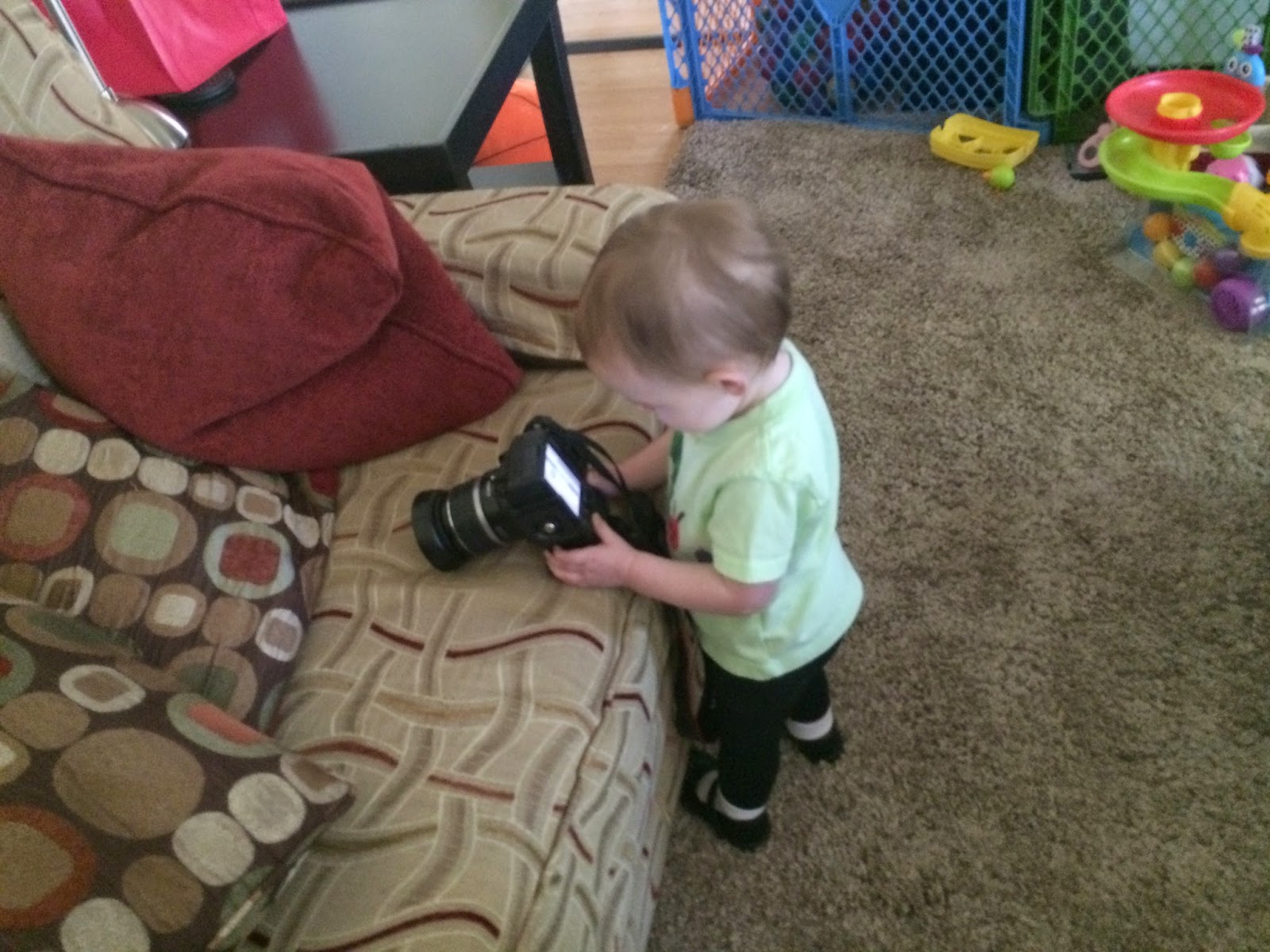 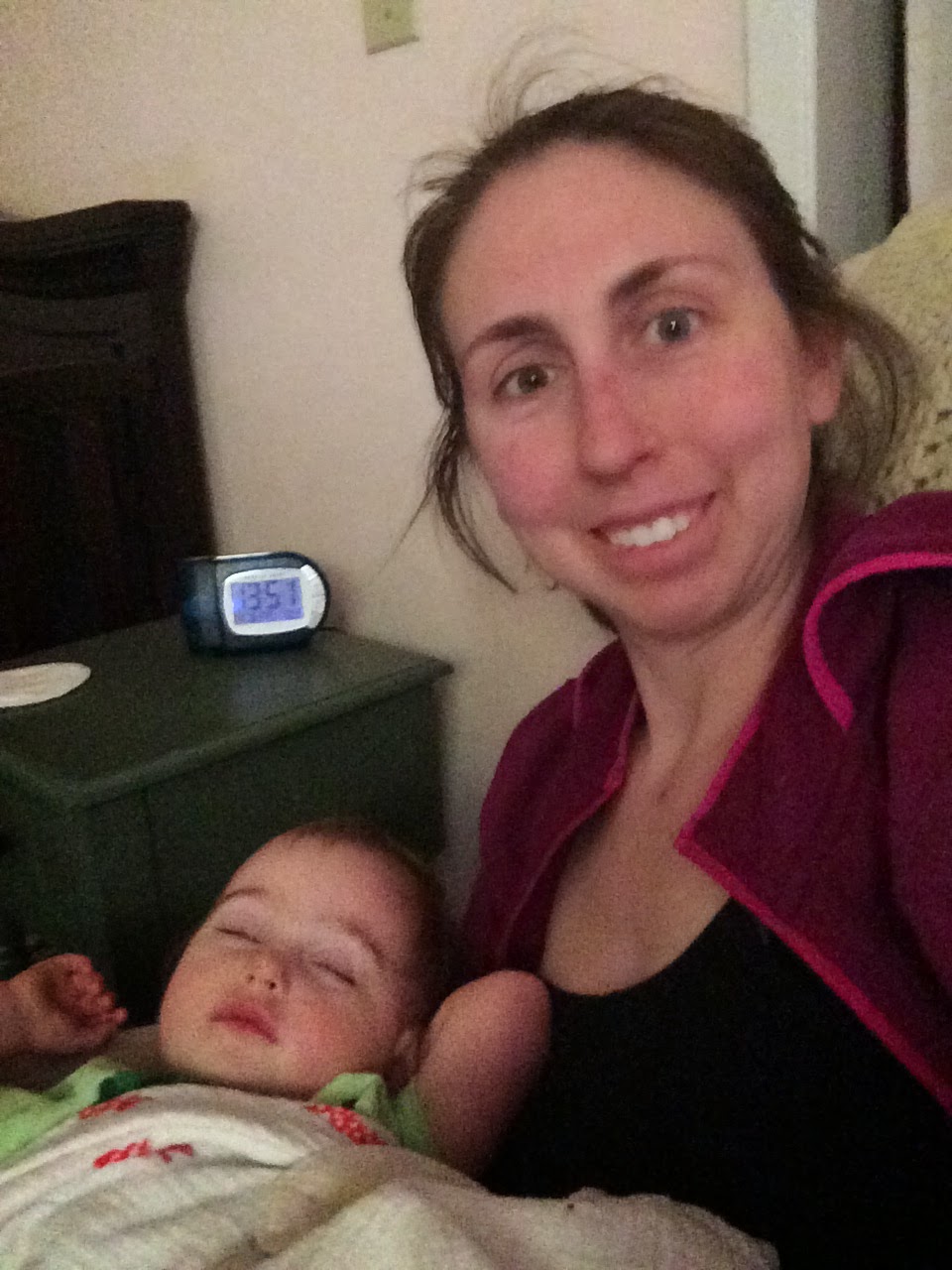 Ella was tired and took a nap immediately after. Except she would wake up when I'd go to put her in her crib so I let her nap on me.  She napped off and on for almost 3 hours! 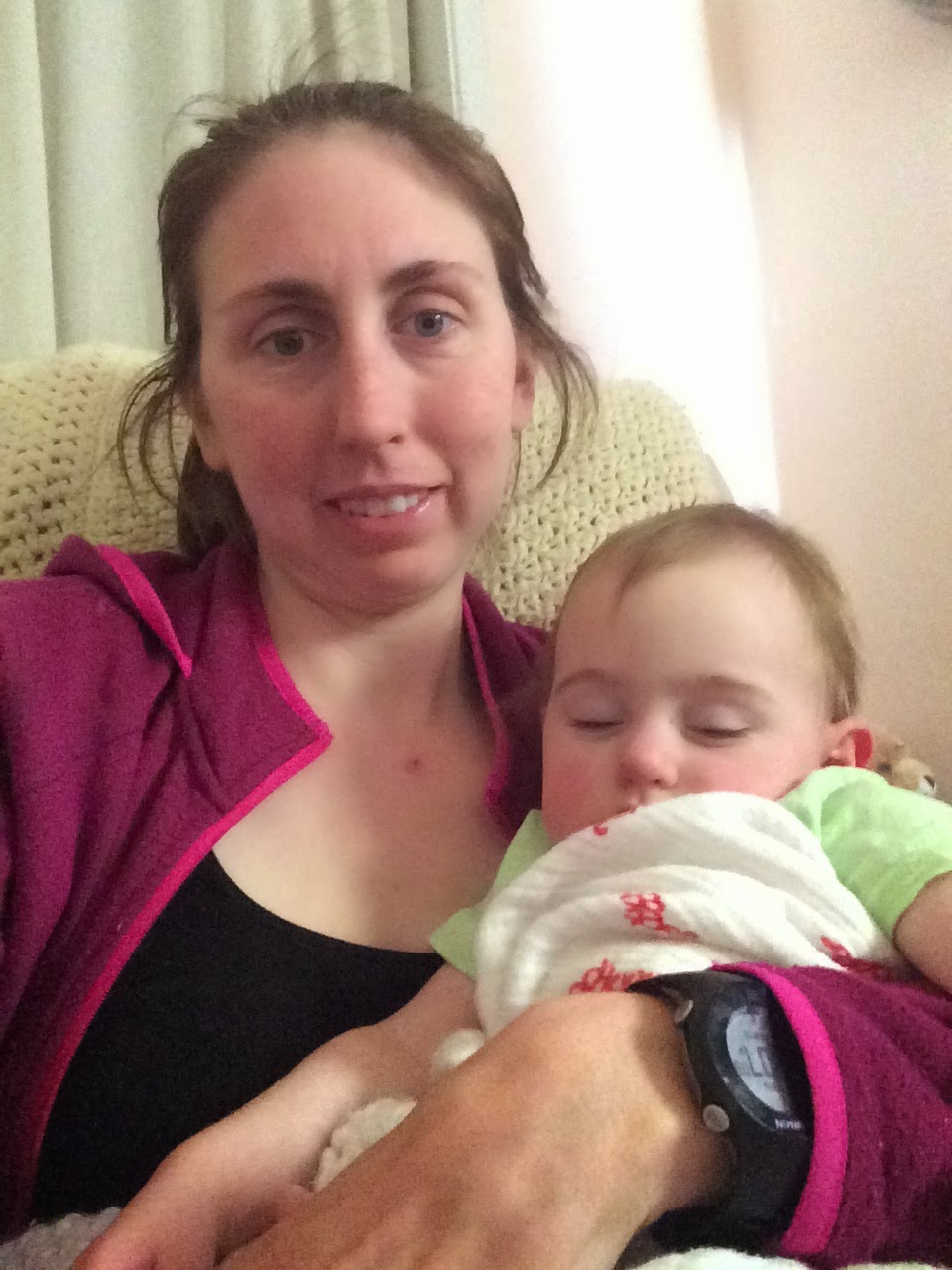 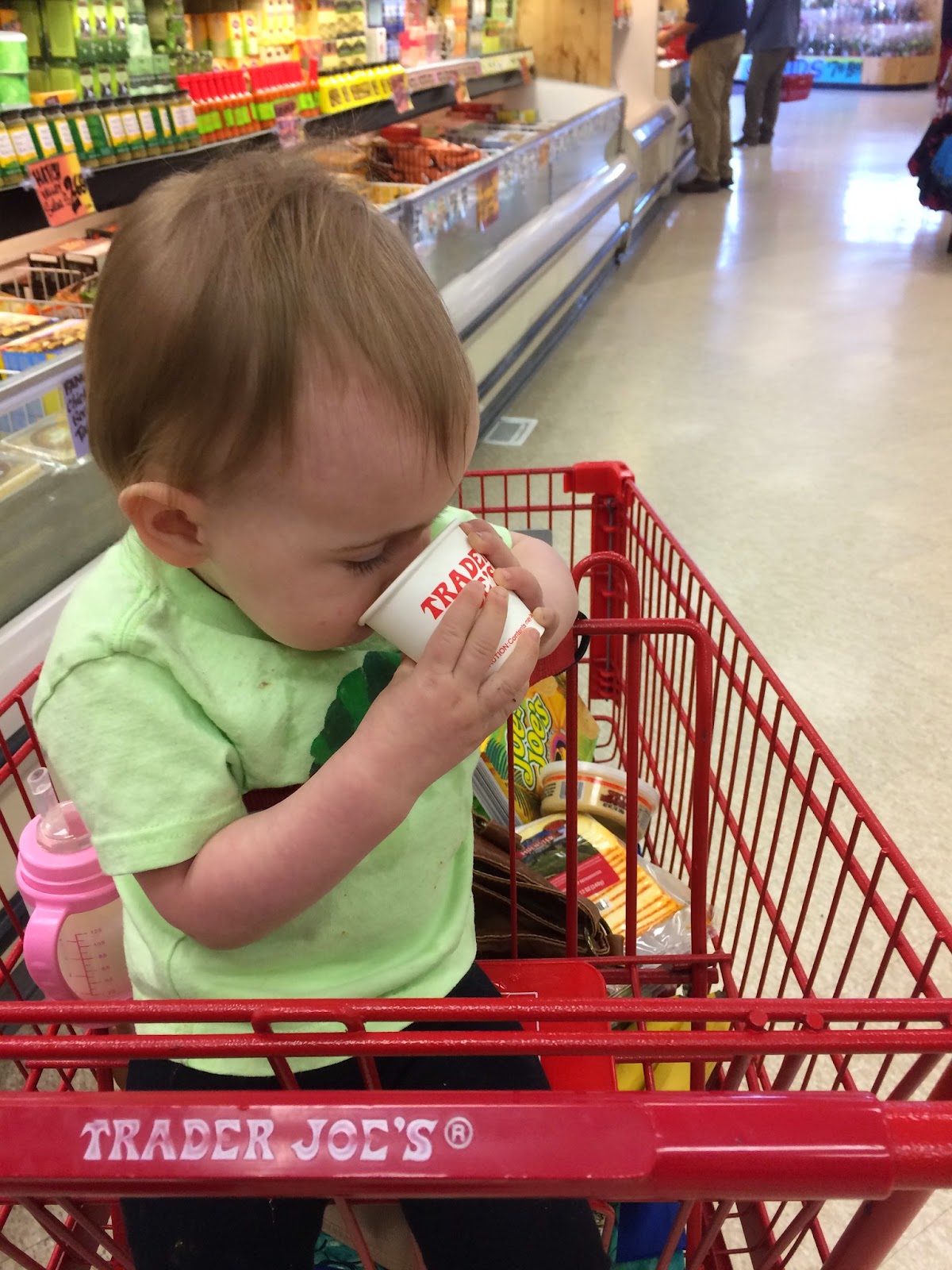 Then finally I could start my errands. I bought some used solid onesies I will use for gifts for new babies after I paint them and I bought some cute 4t clothes for Ella.  I also went to Trader Joe's and drove all the way to the preschool to drop off an application.  I had to go home in the middle since I forgot the application.  Ella was good for awhile but hated being in the car by the last half hour of it. 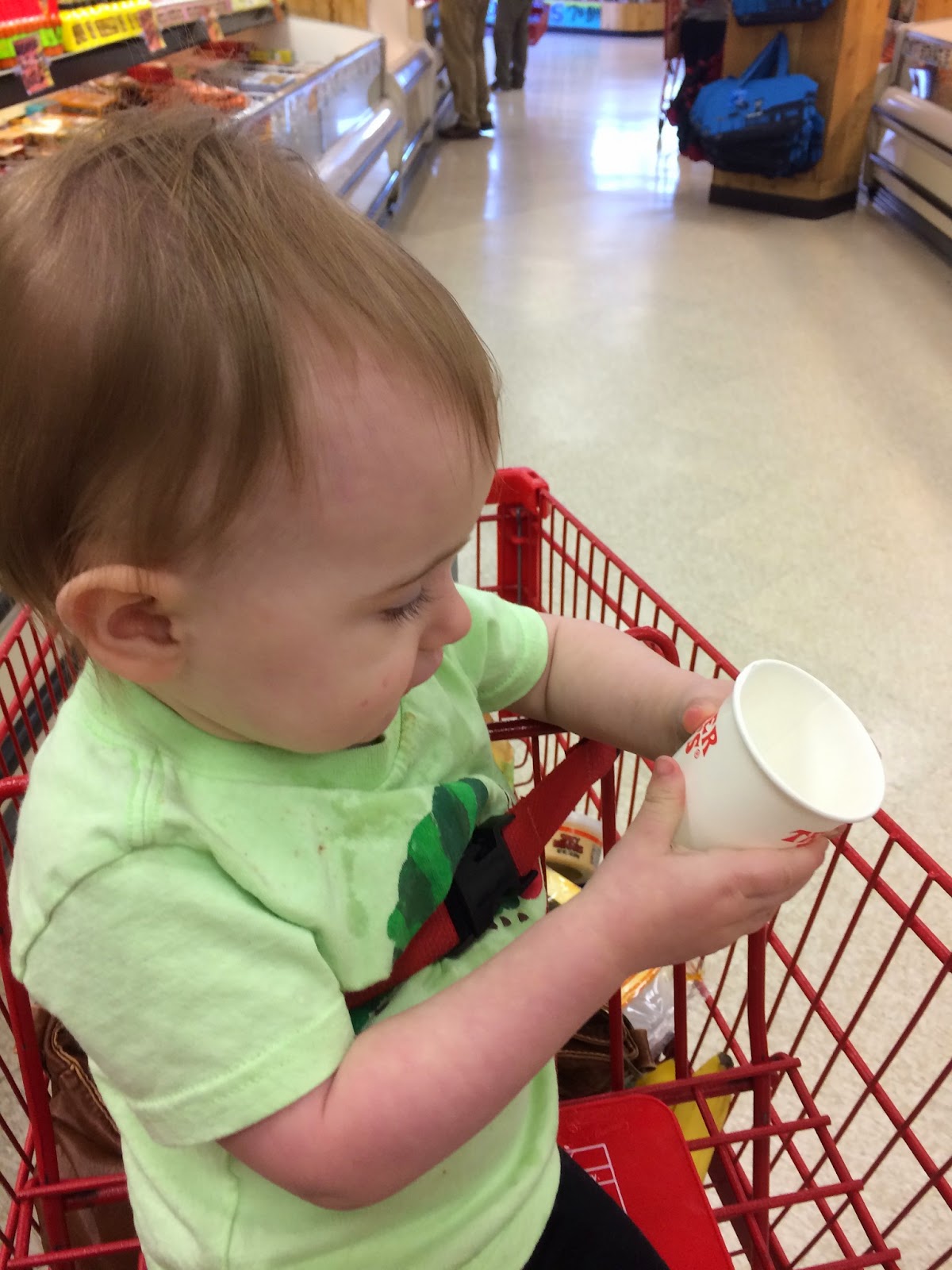 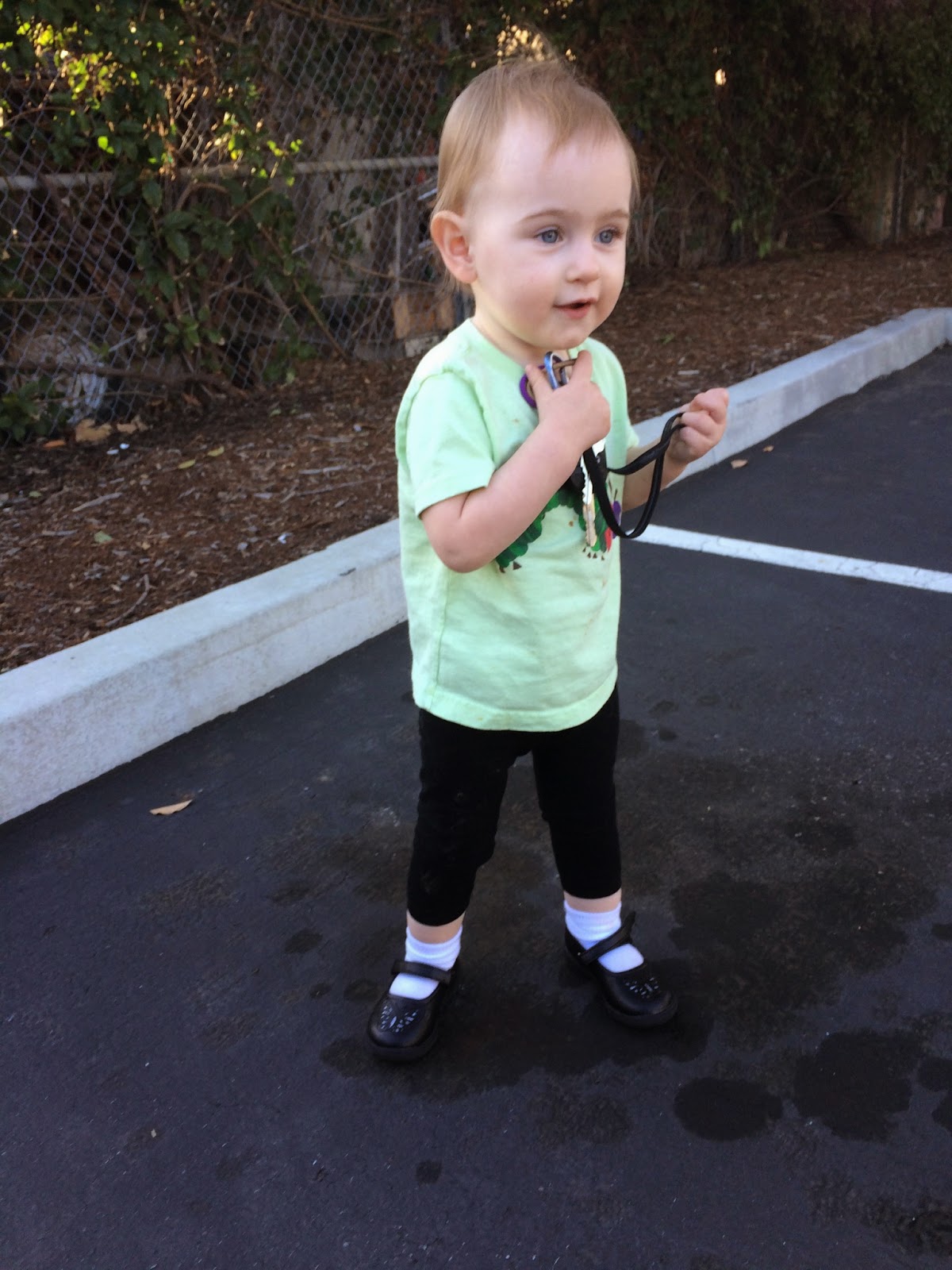 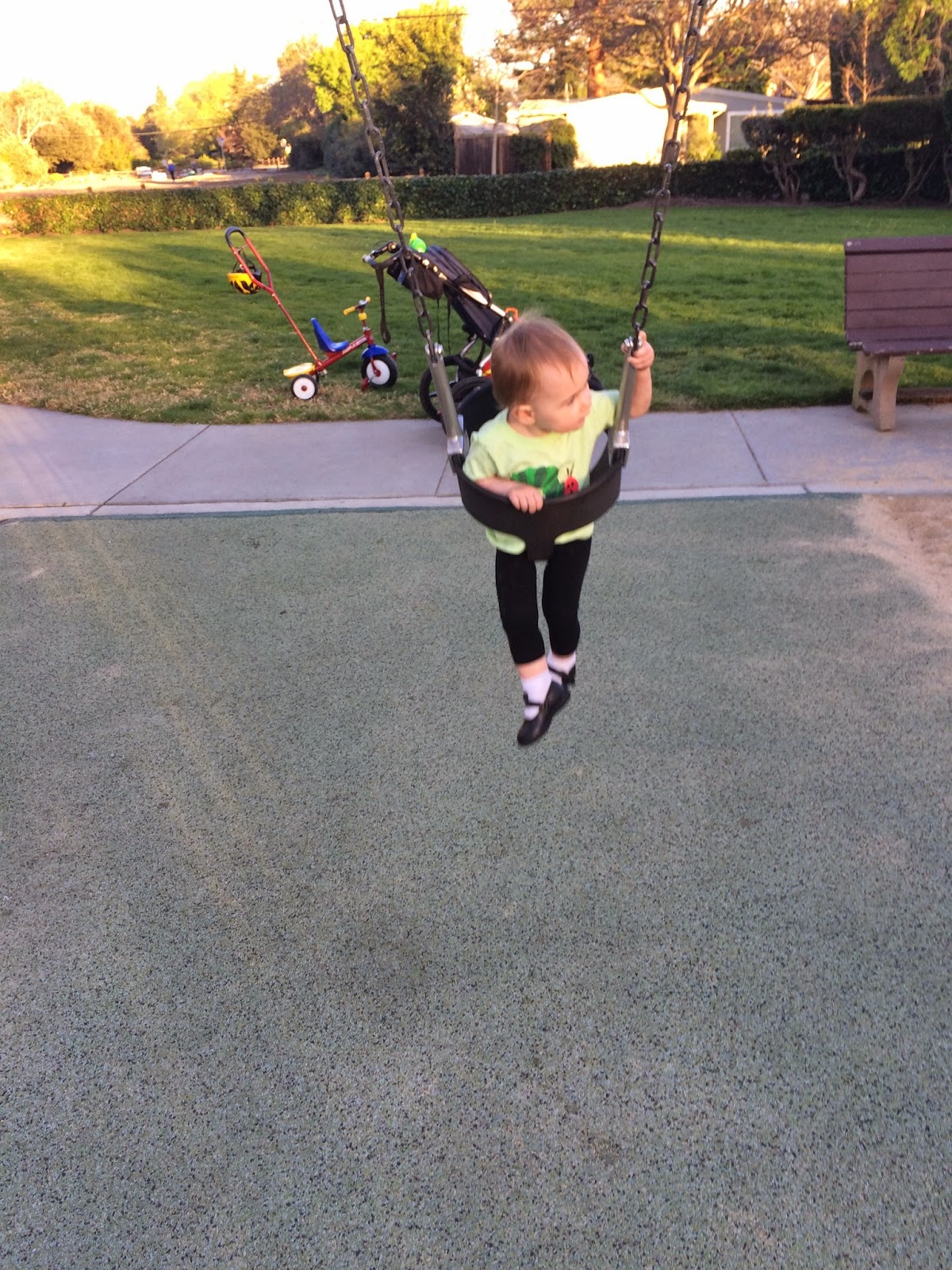 Ella was flipping out when we got home.  She wanted to go to the neighbors who were out selling girl scout cookies.  She was a total mess while I put away groceries so we went over and bought a box and hung out a bit.  Ella liked observing all the kids since there were a ton under 5 there.

After we were there a bit Gio said she had Ella's sand toys and since her husband had stopped and asked where she was I was assuming she was at the park so we headed there to get her toys.  Well they weren't there yet!

We spent another 45 minutes at the park. Lily came on her wagon and everyone wanted to be pulled around on it Ella loves it!  Their wagon has seats so it has more of an edge so Ella won't be falling out like she might on ours.  She loves it. 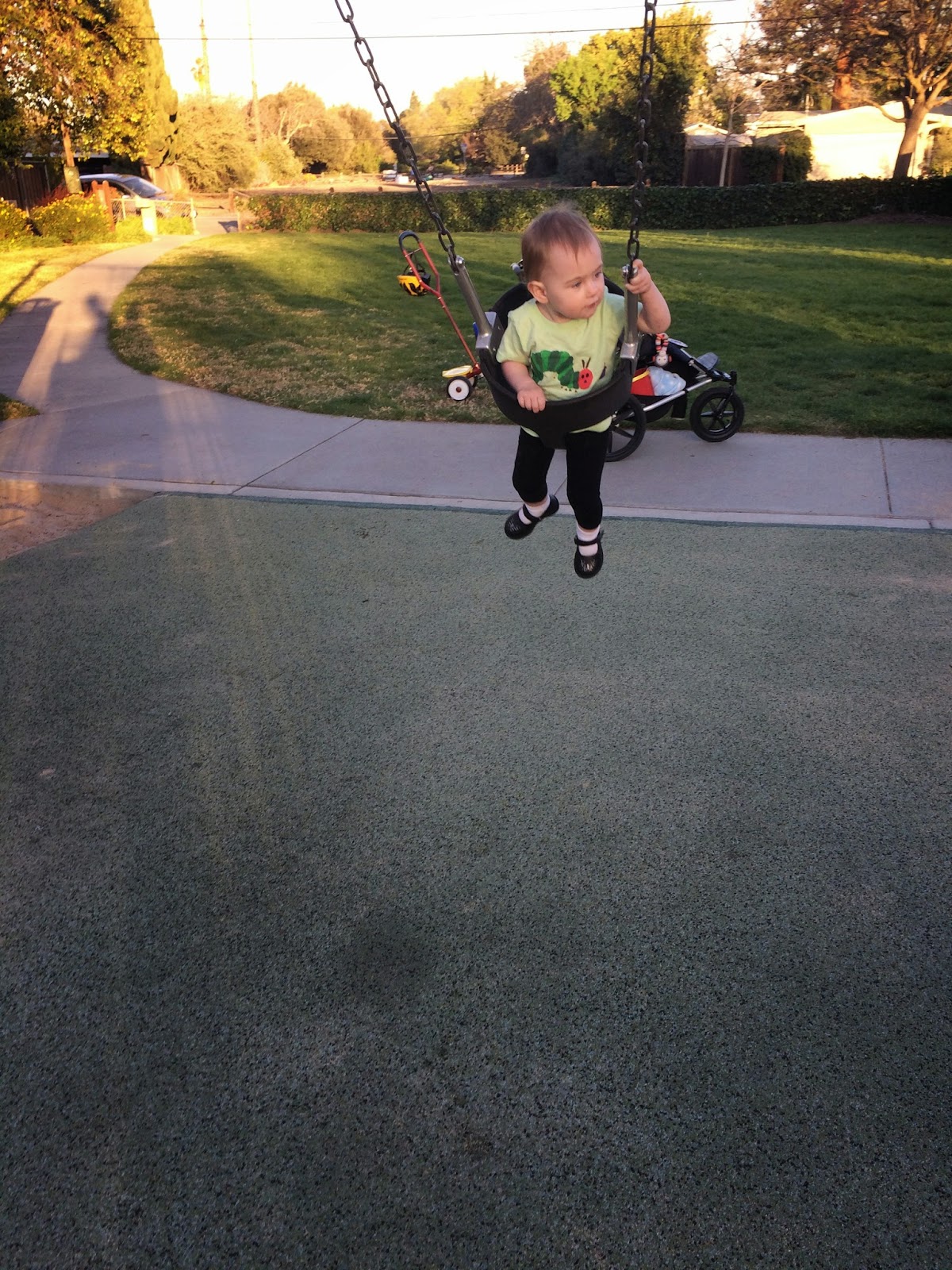 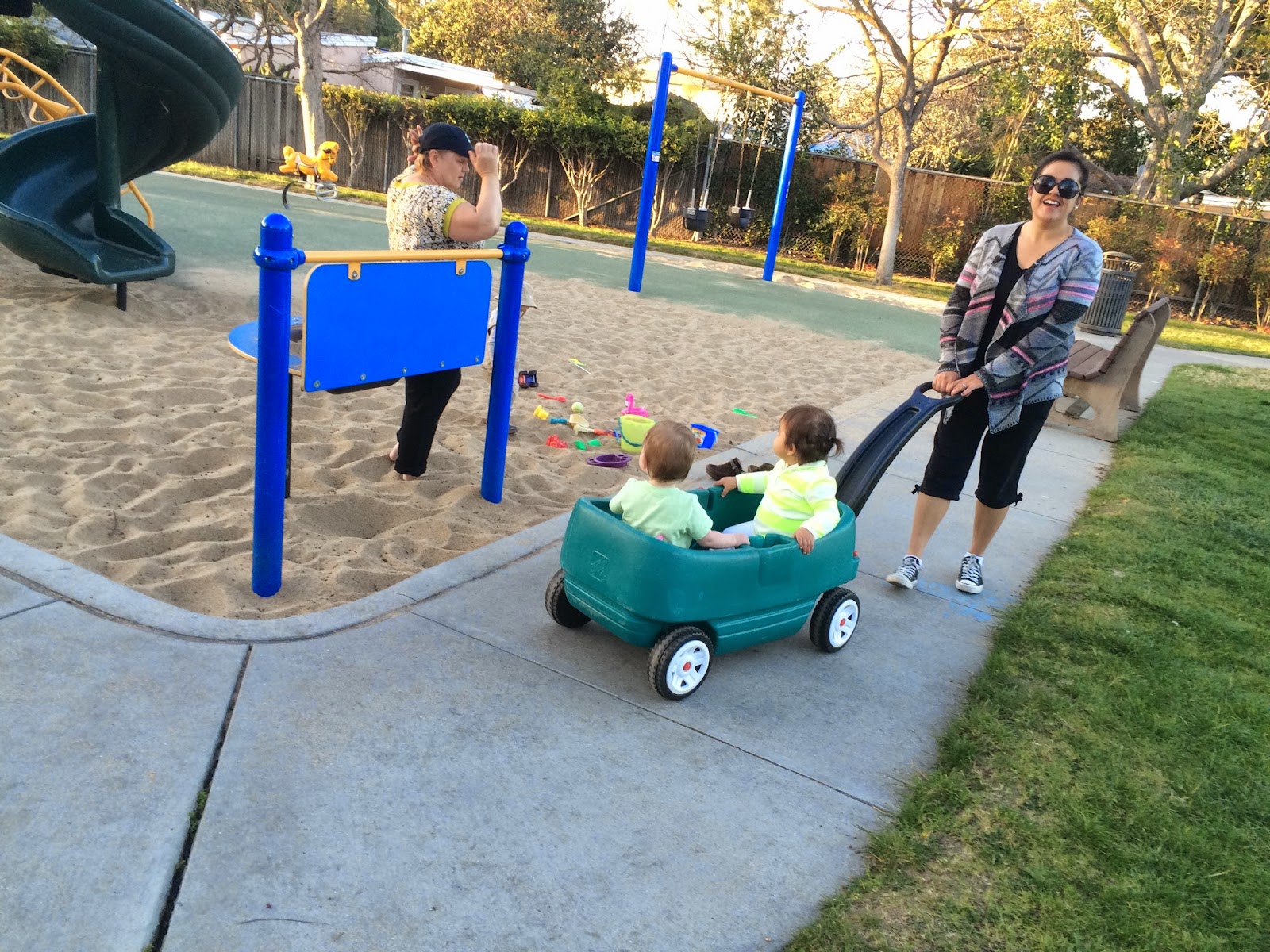 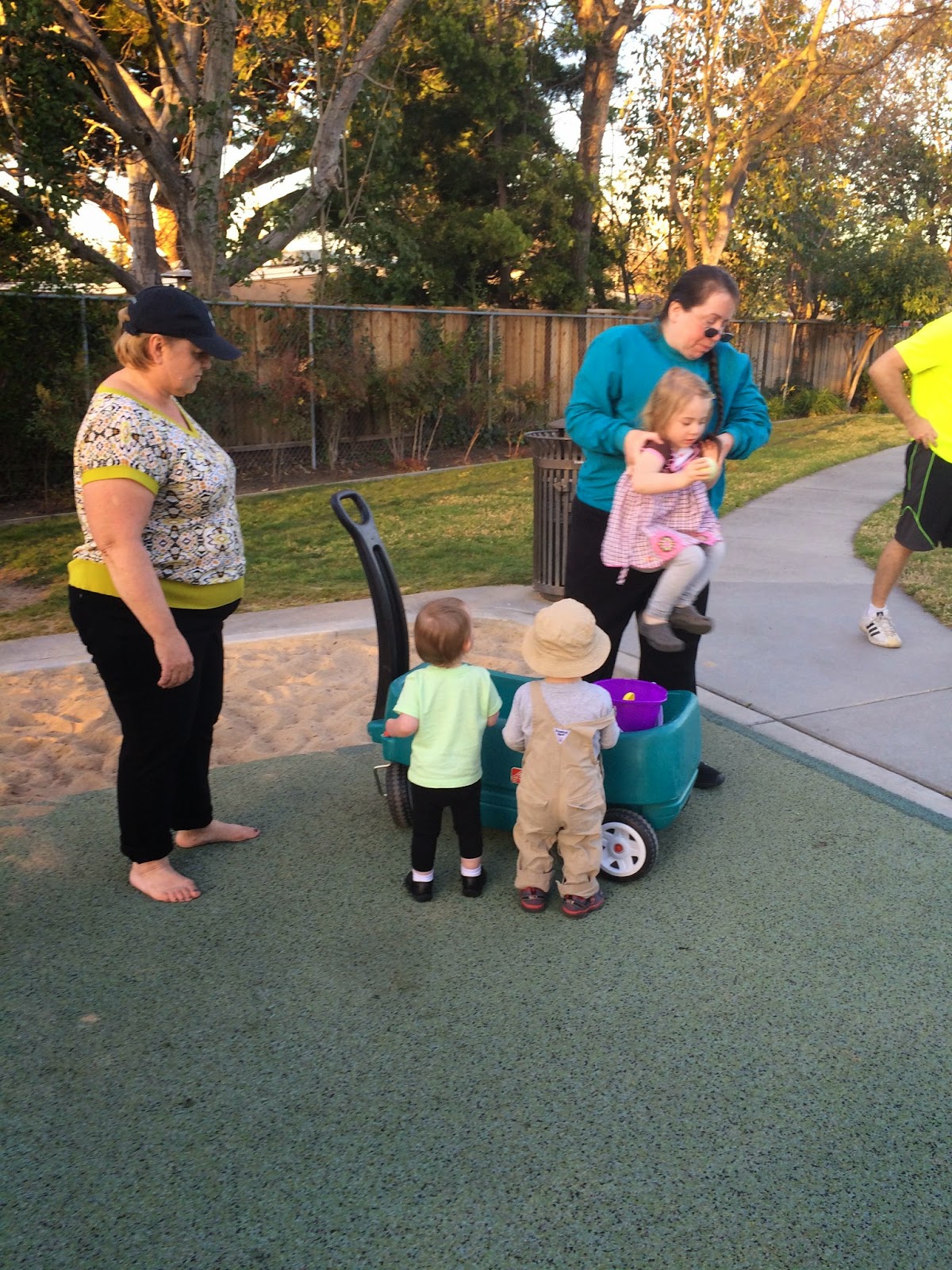 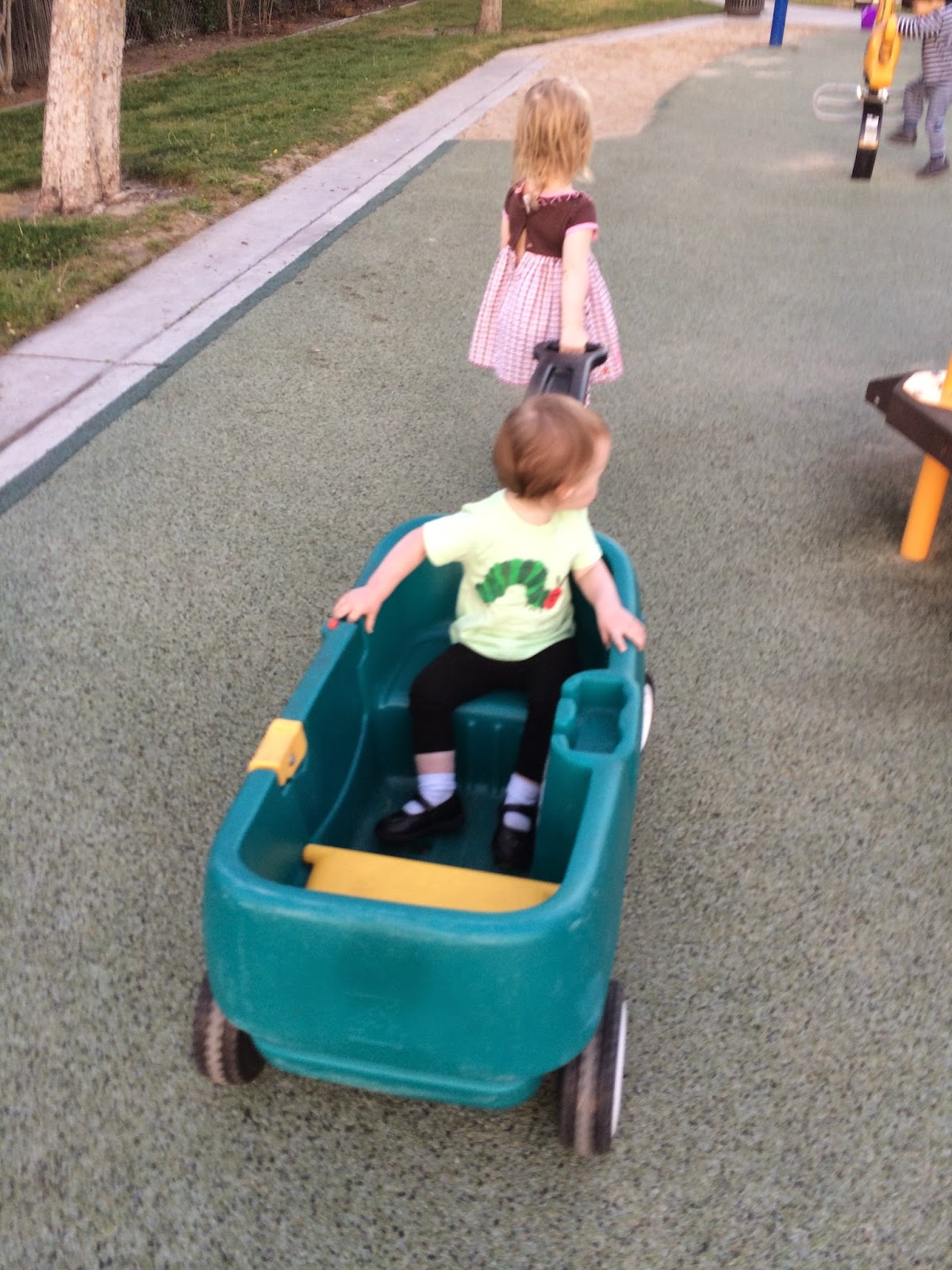 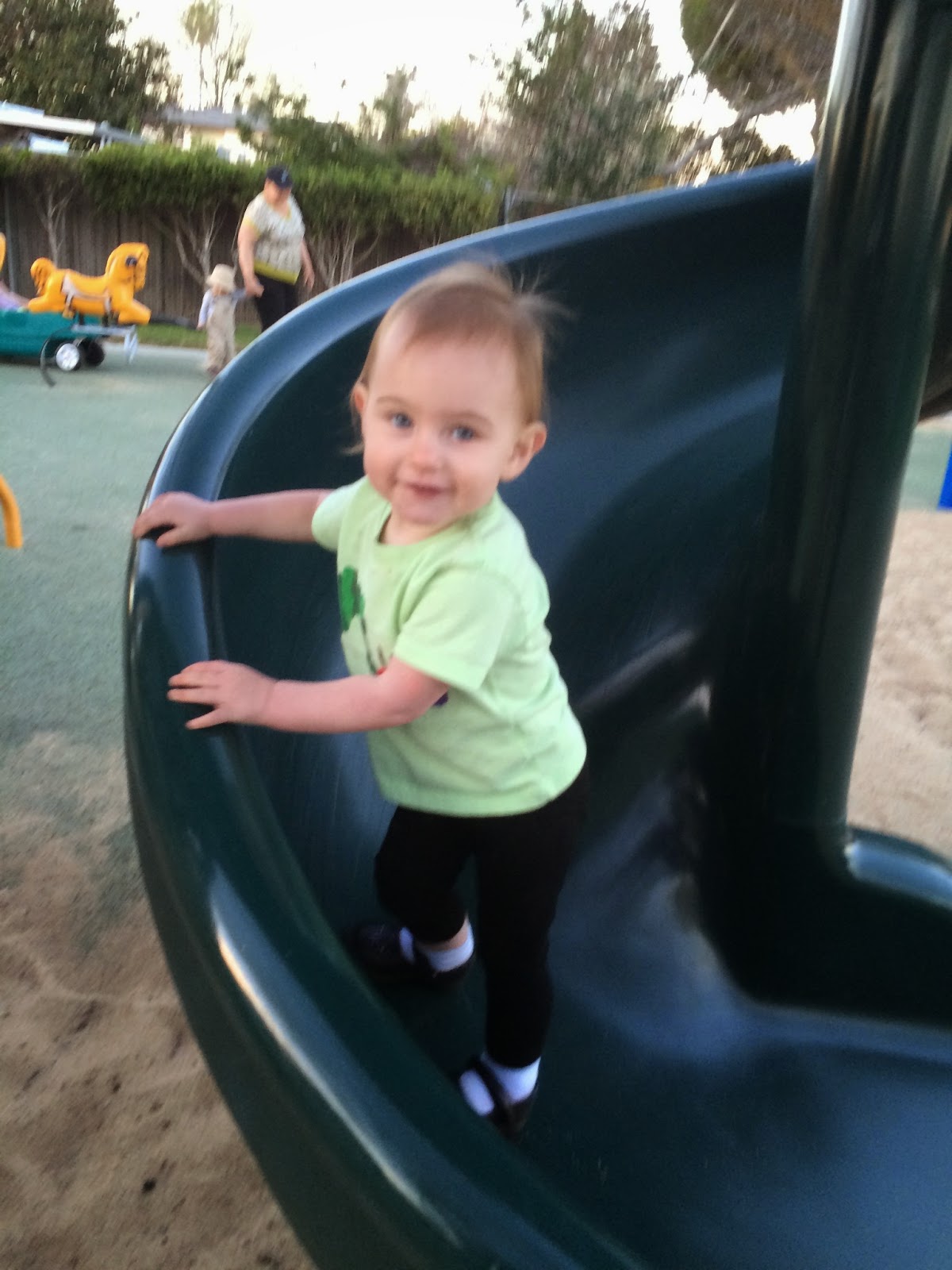 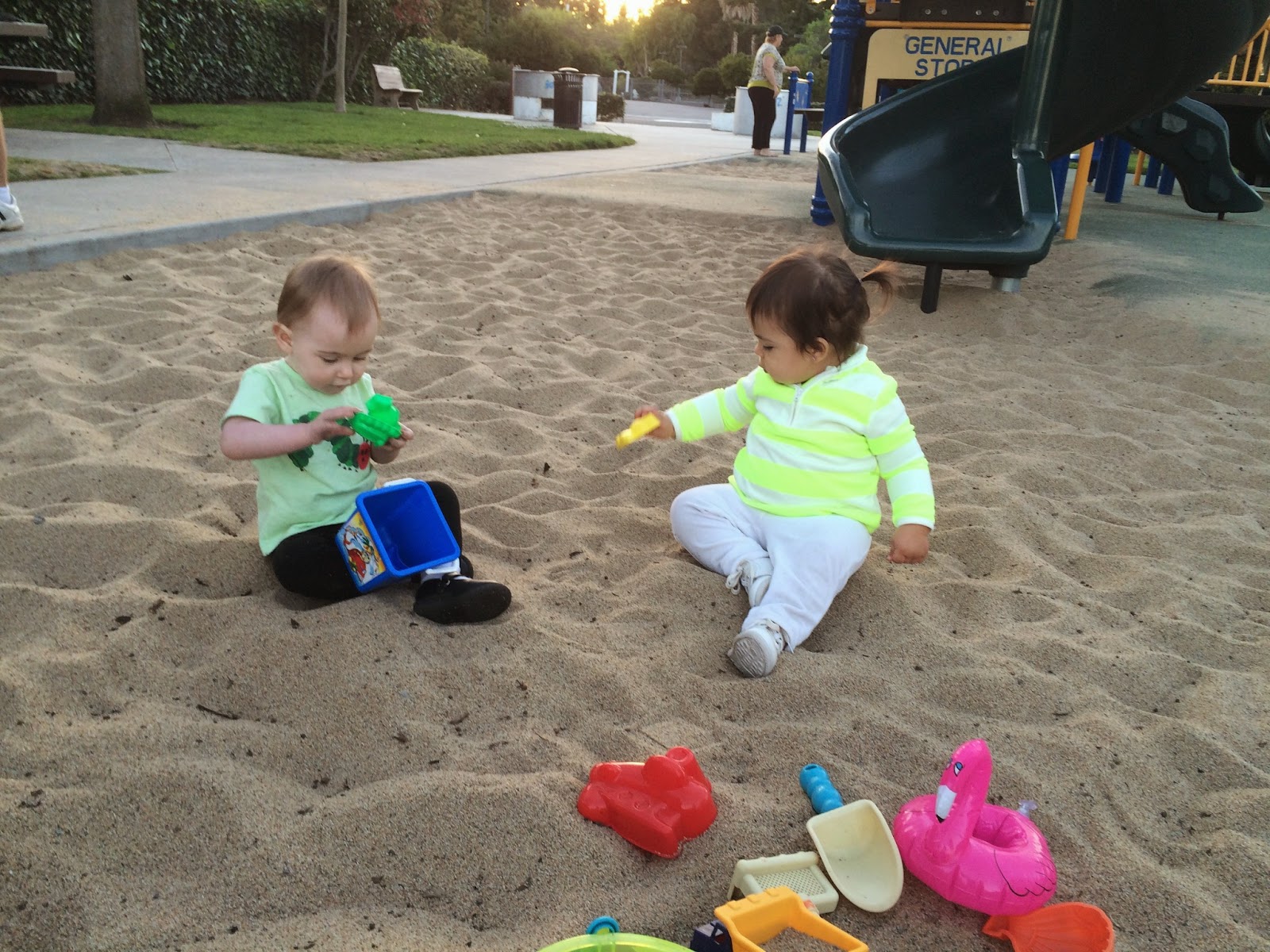 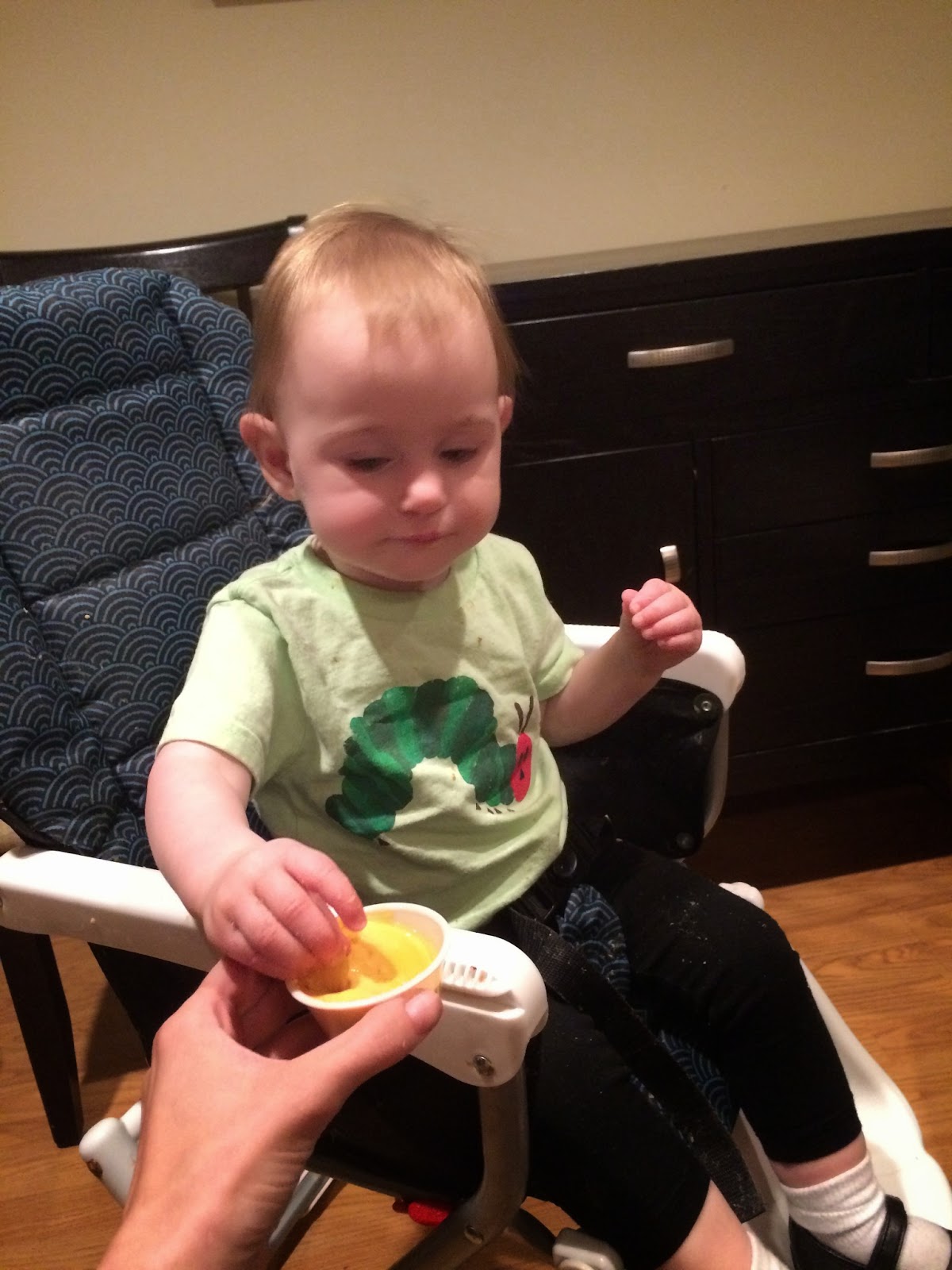 Shortly after we got home, we went to pick Dave up.  Then we got Taco Bell. Ella wanted sleep but I tried really hard to finish my dinner then got her to bed.

I prepped for the Stampin' Up Meet and Greet and showered. Then Dave and I watched a couple episodes of House of Cards. I was tired and was fighting to not fall asleep before the end.
at 1:30 AM