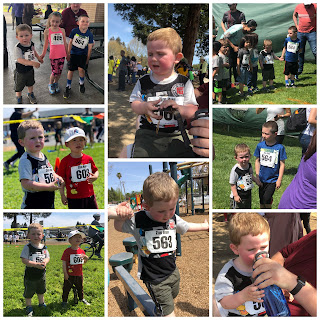 Miles ran his 4th race but his first race without holding my hand! He started strong then it went a little crazy with him trying to just leave the course. He finished saying “my water.” Before nap Dave asked him what his favorite part of the race was and he went on and on for a minute talking about it. The only thing was he was so tired that Dave couldn’t understand him.  Before the race he did tell me he needed a snack. I guess 1 PM is an odd race time for his age.  Miles ran the preschool race which had kids 2-5 in it. 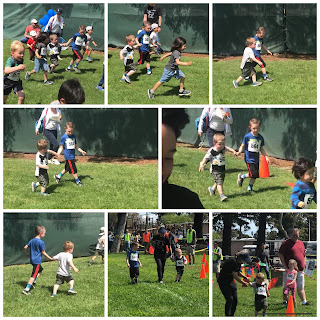 Ella ran her 4th race this year and has run at least 4 others maybe more. She came in 4th for the kindergarten heat which she was in since she’s 5. (Even though 5 year olds ran in the other one at registration it said that was up to age 4 and kindergarten heat was 5-6 year olds.) This was her longest race yet. She finished so strong. Just watching her run reminded me of me when I would run. 2 other people told me that too. We have similar form and are built similarly. I can’t believe how fast she ran. They will post official results at some point. I keep checking but they are not posted yet. 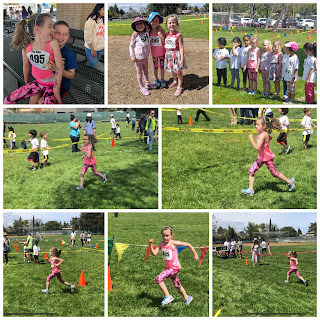 Gio came in 3rd for his heat. And that’s even after he ran with Miles to help Miles out.

After the race the kids played on the playground for awhile. It was so hot. Miles's face was all red. My back was dead by the end since we were at the park in the morning and then the race.