The last day of the Conference (May 18)

The Tuesday sessions started at 8am and breakfast started at 7am again. We know that breakfast isn’t elaborate at all so there was no need to get there early. I ended up going at 7:30 for fear they’d run out of food again. I had my croissant and then had 30 minutes to kill before the presentation started.  Also about nobody else was there. I originally thought they all slept in but learned later a bunch of groups went out for breakfast (and the rest slept later).  With 5 minutes to spare a lot were showing up.  The room at the session was in, didn’t have cell reception and it was very annoying because the room beside it did and the hallway did.
I learned about Conference Trip Reports and how to get Conference Justification. The main thing I learned was that it is good to put pictures in the trip report. I had never thought of this and thought it is a great idea to give a visual to those reading the report and I think a picture of the attendees makes the reader remember more.Most other things I already knew and did, and yet last year I couldn’t get approved to go to the conference. The bottom line is justifying to your manager why it is a good investment to send you to the conference. Know what your direct boss cares about to put that into your message of why you should go to the conference and then put that into the trip report also.  In the report think like a journalist, the first paragraph should have who, what, when, where, and why. The second paragraph should have how attending will help you do your job better and make you a more valuable contributor. The third paragraph should have other reasons it is a good investment. The fourth paragraph will be what you will deliver to your management on your return.  If the report is over 1 page, do an executive summary.
The last part of the first session taught me about elevator speeches. I thought it was good because then I could start mentally preparing mine.  The elevator speech should be 30-60 seconds and have a maximum of 3 key points. If there are more, your message will get lost. Also say what you learned and then add what you want from them.
When a lot of people go to a conference it is better to have 1 report versus many reports.  You may want to customize something in the write-up for your direct line manager.
Award nominations could help be a justification for going.  After that discussion I came up with the idea that we should do some sort of local awards so it isn’t that people are just recognized nationally. There are a lot of individuals at our chapter that should be awarded.  I have to see if I can remember to follow-up about this and see what we can do.  (I typed these notes a lot better for a coworker since was was sick and left and then his backup left her notes at lunch so lost them but I'll keep my original notes here that I typed anyway. The updated ones were bullets and had a little more detail.)
The first session was done a little early and I went back to my hotel room. I had 45 minutes instead of the normal 30 minute break. I called Dave and I did some work.  Julia was bringing her luggage to my room since she had to checkout.  Well she took quite a long time and almost made me late for the 2nd session.  We got there right on the button to when it started.  In my hotel room for that 45 minutes, housekeeping came to my door and I told them I’d only be there a half hour.  She came back 3 more times even though I would be gone a little later. Finally I said not to clean my room because she was so annoying.  It wasn’t really messy anyway.  Too bad I didn’t put the thing on my door by 2am because then I would get a $5 coupon.  Oh well. 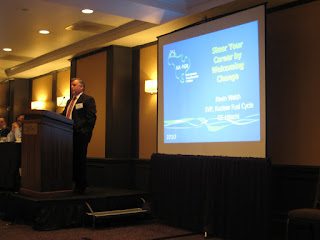 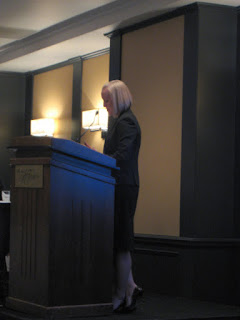 The second session was facilitated by Melanie and had a panel of 3   It was for Vendor/Services Professionals. It discussed the journeys to being a leader and going through changes in your career.  Know yourself, be aware, be curious, be involved, and be prepared.  Leaders love people who are curious. You need to get in the game and find your passion.  Throughout your journey you need to be flexible, network and build relationships.  It is your career and your liefe – you do have choices.  Make sure you stay true to yourself , be active and make your own way.  It is all about “fit.”  Enjoy the journey.  According to the first speaker, Joe, “Learn how to breathe. It will come.”  Don’t look back.

Welcome change and be proactive.  Nobody starts out with a specific career path of exactly where they want to go. The important thing is to take opportunities along the way.  The path you take could be completely different and at the same time exactly the same as what you had planned. The second speaker, Brian said, “Change is a good thing, but you need to manage it.” Don’t be afraid to ask why and what’s next.   Don’t forget to set boundaries and have a work-life balance.  One thing they wish they knew earlier in their career was to be an active participant and be more proactive.  Joe specifically said to go find out and don’t wait for them to come to you.  You have to be patient. You won’t make a change overnight.  Have a plan.  The employee drives the career approach not anyone else.
The hardest thing is knowing when to dive in. Also find thing non-technical. Being well rounded is better than being extremely knowledgeable in one technical area. 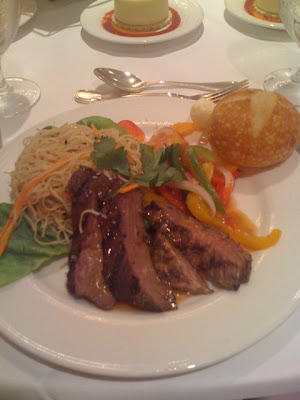 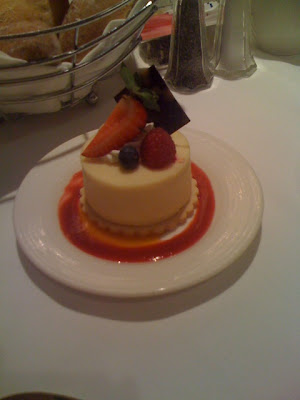 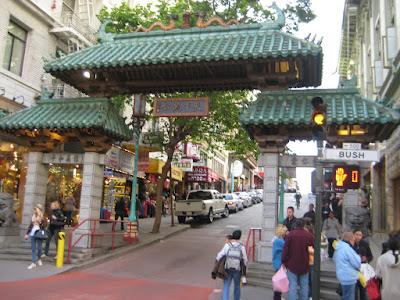 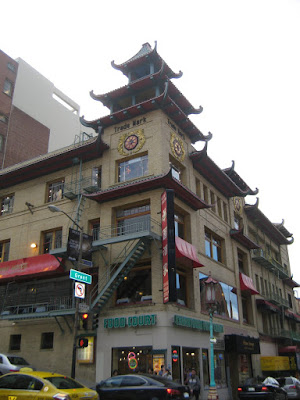 Around 5:30 the last session was over and it was time to do something for dinner.  Everyone was going to Pier 39 but some of us didn’t really want to go.  Jay and Julie and flights to catch anyway.  We went back to my room to change and it took forever.  Then we went to Chinatown and looked at the shops to see if we could buy anything good. We didn’t buy anything though. 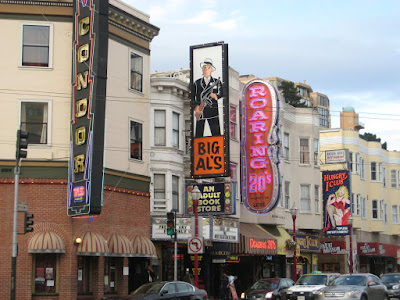 Then we went to Calzones for dinner.  It was the same place that I had 2nd dinner on Saturday.  This time I got garlic bread and the same pizza as last time.  The food comes out so quickly there. I think because servers type in our order at the table with little electronic devices instead of having to write it down and then go type it in.  Julia and Jay got a cab from there and headed back to the hotel so they could catch their super shuttle and get to the airport. 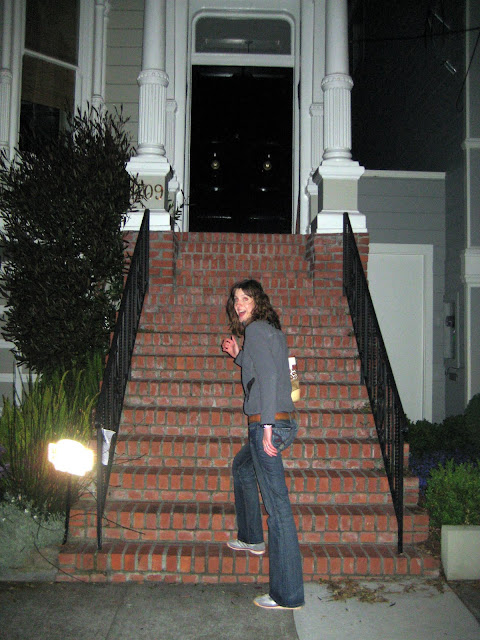 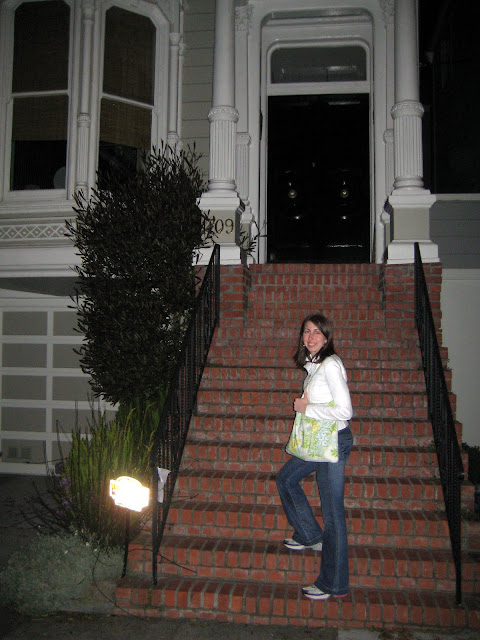 Lindsay and I walked to the Full House House.  We walked 2.5 miles to get there. It was dark by the time we were there but we still took pictures.  Then we walked 2 miles back to the hotel.  We managed to walk ways that weren’t that hilly.  It was nice walking with her. She walks fast too. It must be our long legs.   Then we went back to the hotel. I thought I should go back out and join the other Westinghouse people but I didn’t want to deal with getting a cab to Pier 39 or paying the 10 bucks.
Instead of going out I watched TV in my room and did work. What a loser. I did upload pictures from the conference and stuff. I stayed up until about 1:30. I did almost constantly text Melanie about the evening.  I should have gone out since I don’t think I even met the Windsor members.
at 7:37 PM