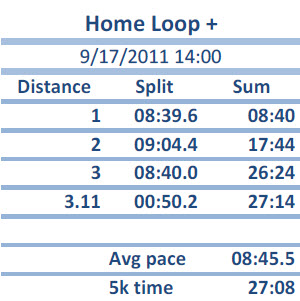 During the run, I used each split to calculate how far above or below a 9:00 pace I was. I would think I have 12 seconds to spare or 22 then after I had a bad split then I would be down to 8 seconds or maybe it was a good one and I was up 37 seconds.  I even did that early on even though I thought my pace would be lower than 9:00. 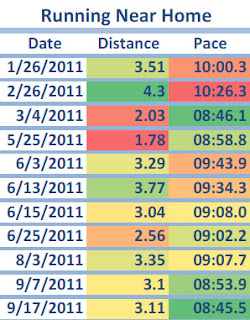 It was maybe 60 degrees when I ran. I started off in long sleeves but less than a mile into it, I took it off and tied it around my waist. The weather was so good for the run which is probably why I did so well running even though I was going to take it slow.

After my last run I pulled the data from all my runs just around my house and wrote the distance and pace. Well this time around I used conditional formatting. Now it makes me want to lengthen the loop or double up so I can get a green line for distance.  The actual loop is 2.56 that most of this is based off of. Recently I decided I like having a 5k split each run so I try to add distance here or there by running in little plans or doubling back on my street.

I came inside after my run to stretch but it was too hot so I went out on the patio and stretched. It was much nicer out there. I'm glad no neighbors were out. I don't like it when I know people can see me. 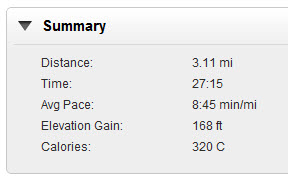 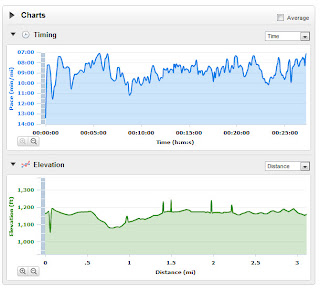 I never understand the brief peaks in elevation. I also hate how the starting pace is so slow. It makes me want to run more than 10 feet before I start the timer. 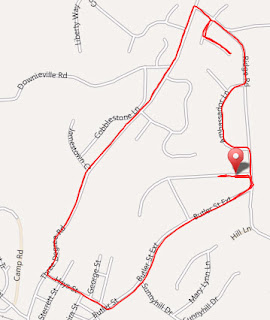