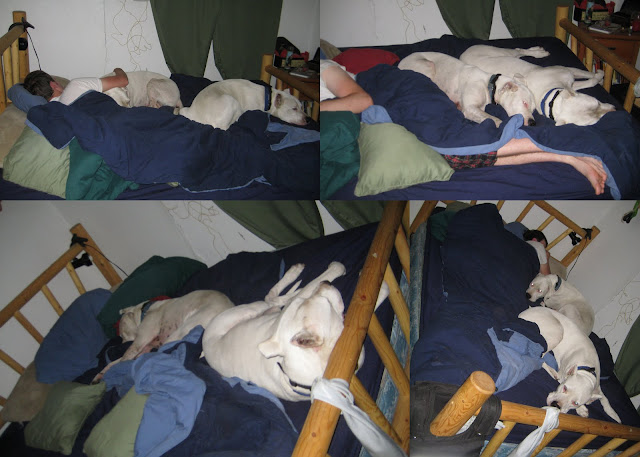 Well 4:00 AM came early. Timmy decided he'd rather sleep a little longer instead of going to the start. Also I wasn't sure if Callie wanted to trouble us to go.  I also thought I should sleep more because I had 2 times of running ahead of me and wouldn't get sleep that night. 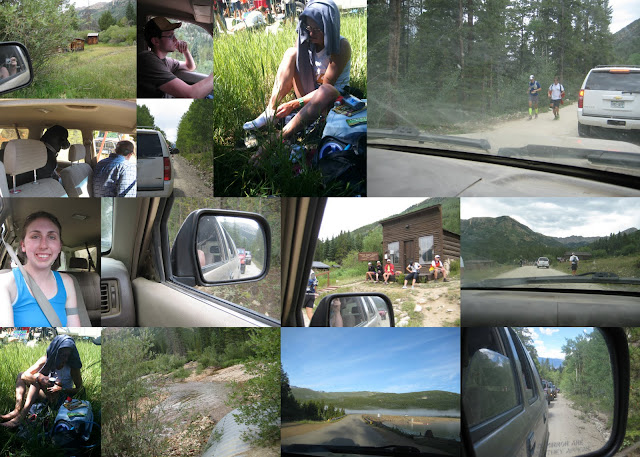 Timmy had to drive for the first time without an experienced person in the car. He did fine. He actually did better than when others were in the car.  We made it to the first aid station and got Callie's stuff. Then we tried to go to the 2nd one but the way Callie told us to go ended up closed and we were stopped but it wasn't the official aid station. There were plenty of people there but Callie didn't think you were supposed to aid there. Oh it was a mess.

Then we went back home, killed some time, picked up Griff and headed to the third stop. We only had to wait a little bit for her. It was funny that we recognized Callie coming down the hill because she utilized the tree for support while running down.  She already had a blister. I got a picture of her sitting in the grass trying to inspect her feet. I would have had more but my purse wasn't handy and Timmy wouldn't take any.

Then we went to lunch and headed to the aid station at 50 miles.  I heard rumors that it is bad driving up there. I had no idea how bad. It's a dirt road. We sat in bumper to bumper traffic only moving 1 or 2 car lengths at a time going up hill on a dirt road. Timmy sure got to experience a stick shift that's for sure.  When there were about 4 miles left, Griff got out to walk because he was afraid Callie would make it to the station before us.  He was right. Callie was back by the time we got there.  Her blood sugar was high so she was waiting it out a little then was testing it again. He went up even more. She consulted the doctor and she was not allowed to go out and run more.  Boy was she mad.  It's a shame to run a race like that and have blood sugar be what stops you. It'd be different if it was being out of shape, muscle soreness, or injury that stopped her.

Griff didn't really end up walking 4 miles carrying all of Callie's stuff because once you got past a certain point they let a bunch of cars through and some lady offered him a ride. He still had to walk over a mile in the hottest part of the day while carrying a few bags.  I was going to get out and carry the rest of Callie's stuff after I was in the car a bit longer but realized he already grabbed it all. Griff was such a good friend to her and was so nice. Timmy and I collectively referred to Griff as "Nice Griff" or "Good ol' Griff" throughout the week. Callie never even realized how nice he was. Too bad he moved just a few days later.

Once we were at the point where the car was moving and we weren't stuck in traffic, two girls asked us for a ride.  We gave them a ride until we were at a stop again and then they got out to walk the rest of the way.  They were both going to be pacing one of their friends.  I didn't even think they looked like runners or like they could handle distance running and yet one of them was talking about an ultra marathon she ran in Arizona. When they were getting in the car, Timmy warned them that he had only driven a stick a few times and he's not that good. They gave him compliments.  I think he only stalled it once with them in the car.

So since she didn't run, I didn't run. And then we had to figure out what to do with the rest of our day. 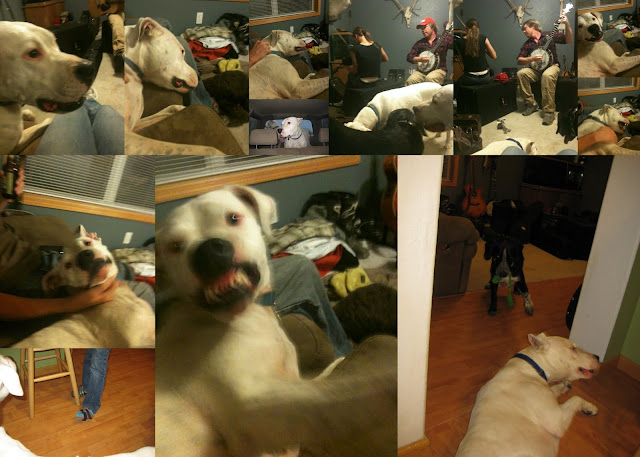 The rest of our day included hanging out at Griff's.  We had pizza.  Drinks were involved but none that I like.

Callie ended up icing her foot, not because of running but because Huck stepped on it.


I also have a video of a howling contest but I can't even make it through the video because the howling just gets to my ears so I won't make you suffer. 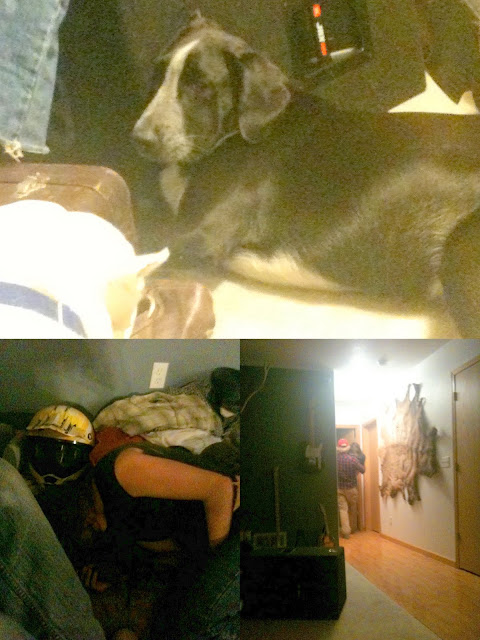 Callie got tired.  She laid on the dog bed. She actually turned around three times like dogs do. Within seconds she was asleep.  After more people showed up and how we kept looking at Callie there on the floor, Griff tried to tell her to go sleep somewhere darker. Then finally he told us he thought he could squat a Callie and he did. He put her in bed.  Callie is light and all but he picked her up just like he was picking up a piece of paper. I was impressed. It was also after my bed time so things might have been impressing me extra. 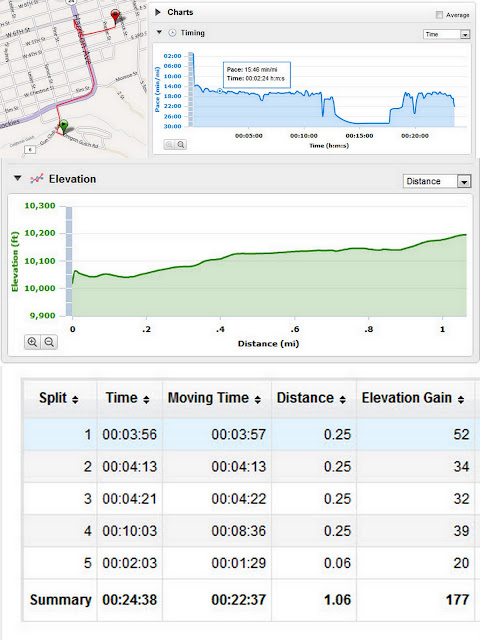 Timmy and I walked home from Griff's.  We could have taken Callie's car but Timmy said he's not driving a stick anymore so we had to walk. He said it was only 1.2 miles so we could do it.  After a little bit of walking, I realized I had my Garmin on so I turned on the satellites and then documented the walk home. We walked extra to go to the finish of the race.  At 1:00 AM the only people there were the race volunteers and family of those finishing very soon.  It was still very interesting to see.  We waited until we saw 1 guy finish.  They interviewed him just as he crossed the finish line. The first question was about how his legs were feeling.  He answered that his legs weren't the worst of his problem and the worst of it was that he was vomiting and diarrhea since 6am. Now if that was me, I would not have kept running.  That's pretty insane.

At the finish they had these computer touch screens so that you can type in a runners name or number and see their times at different aid stations and see their finish time.

Man I was so tired at Griff's the last hour or two that I was there, but then the walk home and the excitement at the finish gave me a second wind.
at 12:30 AM