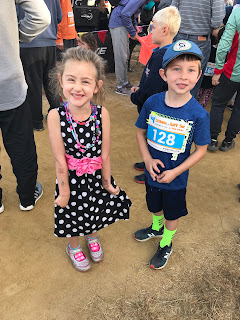 This was Miles's first Down by the Bay Tot Trot unless you count being baby worn in 2016. This was Ella's third time running it. 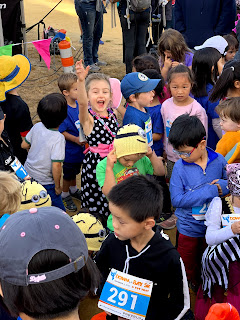 The 4 of us got there early and played in the playground before it was time to run.   Ella lined up with Gio near the front.  I lined up with Miles near the back.  They lined up by ages. 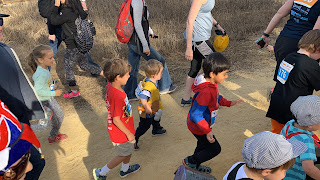 Dave took pictures/video of the race.

Ella ran the entire thing. Near the beginning someone fell and somehow she got kicked in the side. You can see her grabbing her side during the race but she still kept going. After the race she didn't think Miles should have gotten his medal because he didn't run. 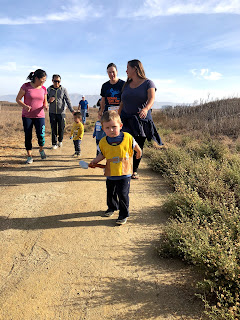 Miles liked doing the race with me. He walked most of the time with only a few steps here and there running.  Afterwards if you ask him, he will say he didn't run a race because he says he "walked a race." 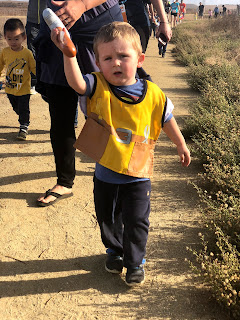 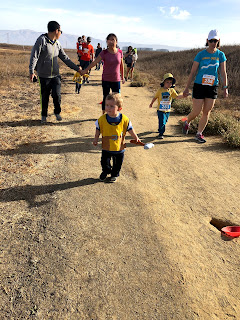 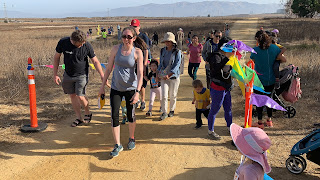 With about 20 ft to go to the end, Miles got tired and wanted me to pick him up. I guess the race was a bit long for someone who just turned 2. It was a 0.5k.  I saw Dave taking pictures so then I put Miles down a second after I picked him up.


I spent a good bit of time making instastories and providing video clips with labeling. I can save the story to my phone and you can view it but when it uploads to youtube it zooms in and you miss a lot. I tried to make another video. It has a little bit of duplication at the end but the end clips have some labeling from instagram so I wanted it.