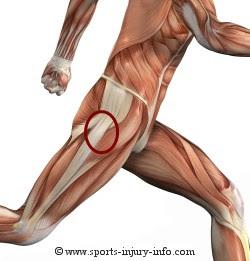 I guess they call it practicing medicine because it is all a matter of opinion. Each doctor has their own opinion.  They have a different diagnosis. The fix may be the same, but the diagnosis is always different.  The suggestions on what to do are often different with the same diagnosis.  What is a normal person supposed to do or know in these circumstances.

Usually you go to one doctor, one specialist, and one physical therapist so you aren't wise to how the next person would be different.

On Tuesday, there were free physical therapy evaluations at the gym from Steve, the husband of the owner.  I decided to ask about my hips. After 45 minutes and lots of talking, I heard a lot of the same that I've heard before. I also heard a lot of direct conflicts of things I heard before.  I also heard some official terminology that I can't remember now and I wish I had written it down so I could google it.

He mentioned something about bursitis.  He also said something else but I totally forget the name.

We got to talking about my knee and the PT I had last year and he said it wasn't my IT band.

We talked about my custom fit orthotics and he told me I need rigid orthotics since I'm a runner.  A year ago I was told my rigid orthotics were not good for runners and I got new ones made that were not rigid.  Just based on all my running, I think the orthotics I have now are much better.

I wish I remembered the recommendation for my hips.  He knew exactly where to push and have it really tender.

I'm constantly told that I need to strengthen my core.  I do core exercises at Body Pump and find them less challenging than other people do and I do other core exercises on my own.  This last time I was told that my core isn't weak but to be a good runner, I want an even stronger core.  I liked hearing that my core was strong but I just wanted it stronger because in the past I just didn't know what to listen to from people because I felt it was pretty strong.   I guess for my workout goals I shouldn't count a 5 minute core workout as a workout and I should change the minimum to 6 or 7.  I always hate it without shoes on. I can't really do planks appropriately without the so many times I have to focus on other core workouts but then it is hard to not get bored before going too long.

I was told the best recommendation for my hips is rest.  Well that isn't going to happen.  I have a 20 mile race this weekend. I have 2 long races in March too.

Then I was told to stretch and strengthen.  Too bad the evaluation was done after a double workout day and my legs were very fatigued.  He basically said my hamstrings, quads, and abductors were weak. (My adductors were strong.  I might have my adductors and abductors mixed up. I can't remember which one of the 4 tests I did well on.)   Going to Body Pump and doing lifting at pump has contributed to weaker leg muscles because then I solely do lunges and squats and don't do any of the other exercises that I'm aware of.   Monday after Body Pump, I actually almost did the abductor and adductor machines but then I ended up talking to Jen on my way out of Pump so I didn't doing it.

I was also told my balance is bad. I always knew that. I used to sit there when I was little and just fall over. Both times I went to PT, they gave me exercises to work on balance. The thing is the exercises they always gave me were just so easy that I never continued with them after PT was done.  I guess I should use my friend, Mr. Google, about these things.

Do you ever notice hearing inconsistencies between different doctors?  How do you decide what to believe?  Do you google everything to come to conclusions on your own?

My hips started hurting a week and a half ago and have just gotten worse.  I should have listened to my body instead of after a week and a day of hip pain deciding to spend about $200 registering for races.

Do any of you runners out there have any advice for me or things you've done if you've had hip pain?
at 8:07 PM

Email ThisBlogThis!Share to TwitterShare to FacebookShare to Pinterest
Labels: exercise