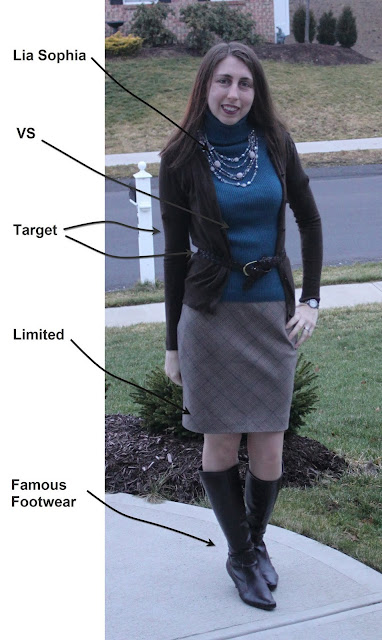 I had trouble sleeping. I was so hot. I woke up once and actually got out of bed. My clothes were soaked from sweat.  I guess I had a fever and I guess it broke.

Before work I finally sewed my skirt.  It took 2 minutes. I picked out my clothes using the pictures I took when my mom showed me what matched my skirt back on October 1.

Work was so much less stressful than it has been.  If all days were like this, it would be a lot better.  I only had a meeting in the morning.  I was able to be productive at my desk.  I also left "early" to go run with Jen. 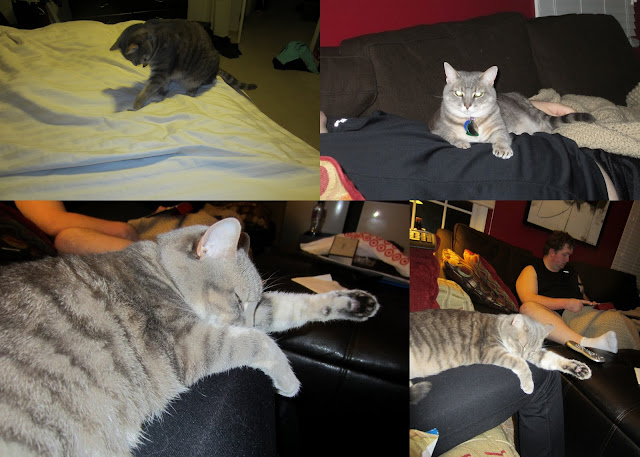 I ate a Chick-fil-a salad for dinner. We watched Big Bang Theory and American Idol.  Then we watched MSNBC.

I made a new blog banner. It is different than my old one but I want to make something else. I want to get rid of the clothes background.  I'll do that next.  I want it more streamlined with words and just 1 picture on the side. It took me 6 months to change my banner this time around so who knows when I'll actually get to the rest.

I realized my running excel file is missing so much data. I'm only 1 month into 2012 too.

I want to have more time to do things with my life but I don't want to cut out anything that I do now. It doesn't work that way though.  I just need to get more efficient with everything.  I thought I'd only crop one picture above and label the picture, but since I was rusty at it, it took longer than my normal routine.
at 7:59 AM