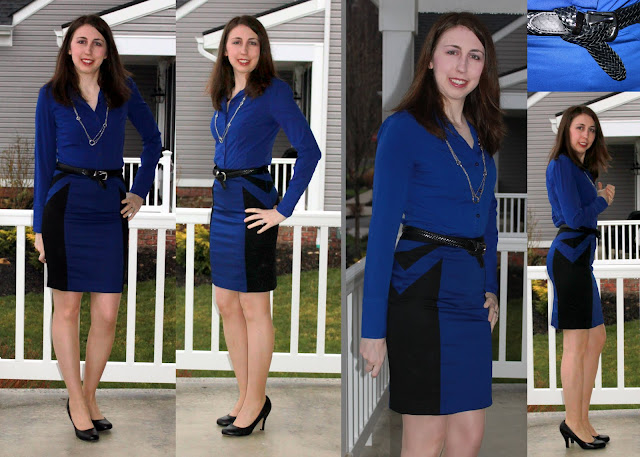 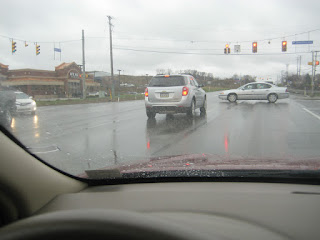 I had a busy day at work like always. At the end of the day NA-YGN awarded the winner of our raffle. The person won an iPad2 and we raised over $7500 for the Red Cross for Japan.
On my way home from work someone was way past the stop bar. If you are that far past the stop bar you should just turn. He makes it very difficult for others being in the middle of the intersection. I am at the stop bar in these pictures.
I stopped at med express on my way home to get my knee looked at. 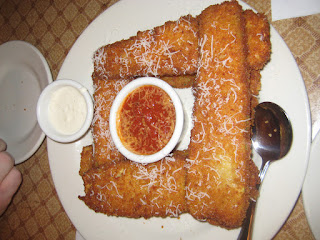 After I got home from work Dave and I were going to go out to dinner. We did not know where to go. We did not want to go down 228. We didn't want to go anywhere.  Then Dave talked me into going to Atria's. I went there once and didn't like it.  Their parking lot was packed so Dave just dropped me off at the door. They sat me right away so when Dave came in he was asking where I was.  The hostess asked if I was tall. He said "well I guess other people could say she's tall but she's short to me." Then the hostess had to resort to asking if I was wearing a pretty blue dress.  I was wearing blue but not a dress, but that was close enough. Then she brought Dave to my table way in the back. Well we got an appetizer of fried zucchini and I decided I would go back just for that. 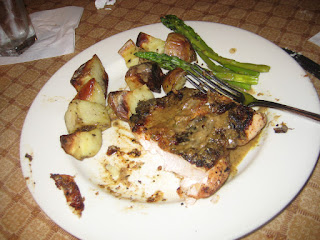 I preferred my dinner after scraping off the mustard or whatever was on top.  Dave loved it though. 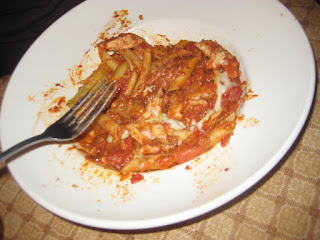 Dave's smelled good. I wanted some. He let me have some. He did not warn me it was going to burn. That was some spicy pasta. 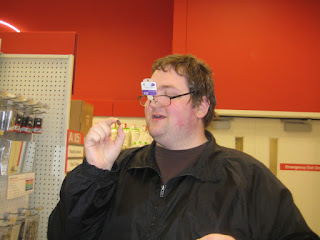 After dinner, we went to Target. Dave thought he might need reading glasses so he tried some on. I told him to read a date on a dime because that's what Pap-Pap always did when buying his.  I told Dave he looked so nerdy so then I took a picture. 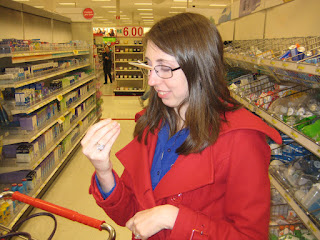 He then had me try on some. He said I looked really nerdy. 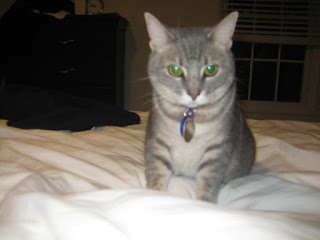 We bought a lot at Target.  While I was putting it away, Poly was getting in my way. 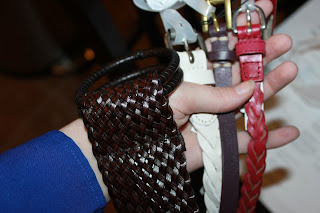 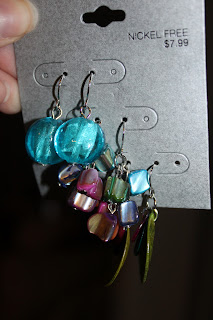 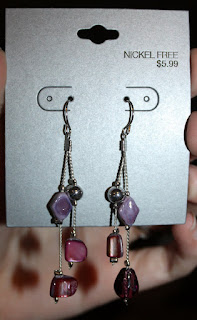 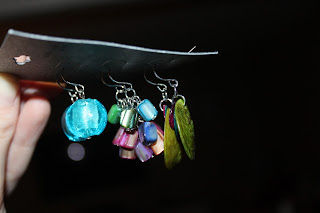