BodyMedia Fit - 1 year after it started 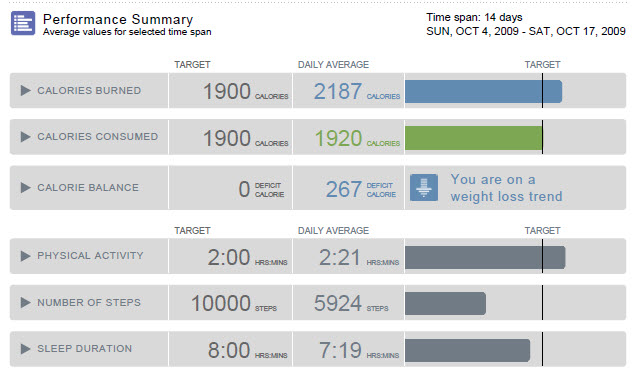 I got my GoWear fit in October 2009.  I used to document all my food that I actually consumed.  It was the best gift I ever got. (I mean I could have gotten the display as a gift but I didn't) 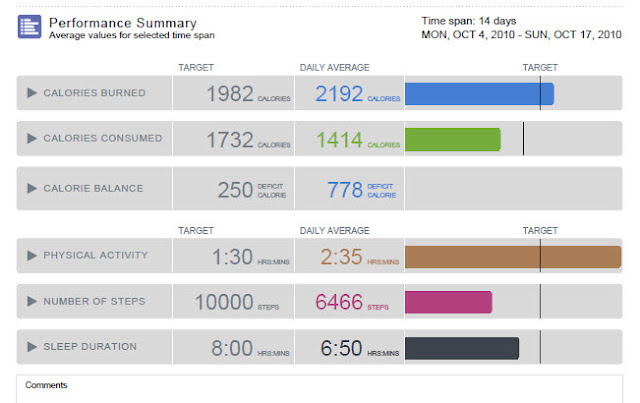 Exactly 1 year later, I altered some of my goals and GoWear fit had become BodyMedia Fit somewhere along the way.  I gained a couple pounds so I wanted to lose those couple pounds. I  made my calorie consumption goal the average of what it had been for the previous 6 months or so.  The week above I only documented my food 5 out of 14 days so it is most likely way off.

People often ask how I would exercise so much and I would say it is because I slept less. It is funny that my exercise average did go up and my sleep duration went down.  I'm surprised my steps increased because I took off the entire month of running in 2010 due to knee pain. 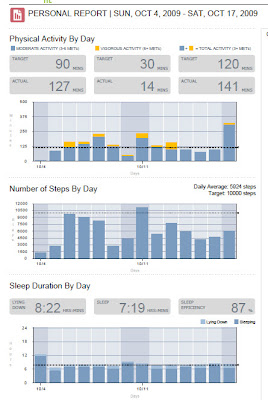 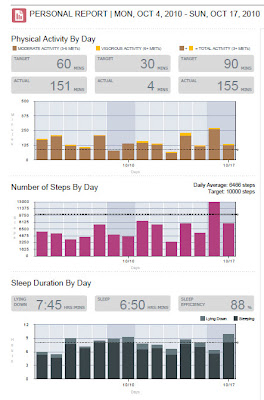 I think everyone should own a BodyMedia Fit. It works. You have to document your calories or you will be off. I have found that you think you are eating fewer calories than you really do.

How do you currently keep track of your calories? your exercise?
at 7:10 AM