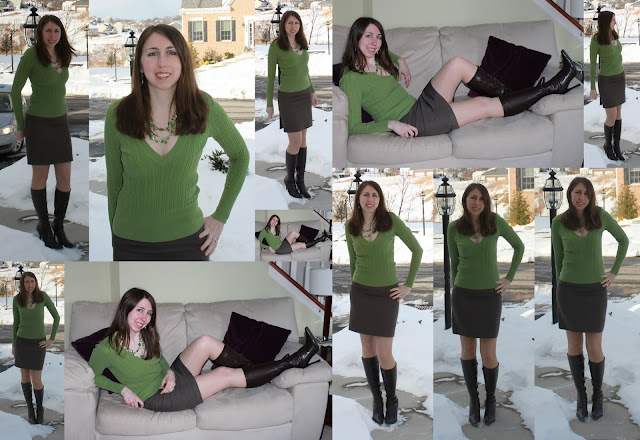 This outfit was for lounging so I got daring and took some lounging pictures on the love seat in the living room.

Now you get to see my  new boots in action. They fit so well; I can't believe it.  I have tried on hundreds of boots in stores and they never fit. I've tried on cheap and expensive and nothing ever fit.

This is the sweater that I wore about four years ago when I went to Fuddruckers and I caught some guy checking me out. Then his girlfriend caught him and started yelling at him. It was very funny. 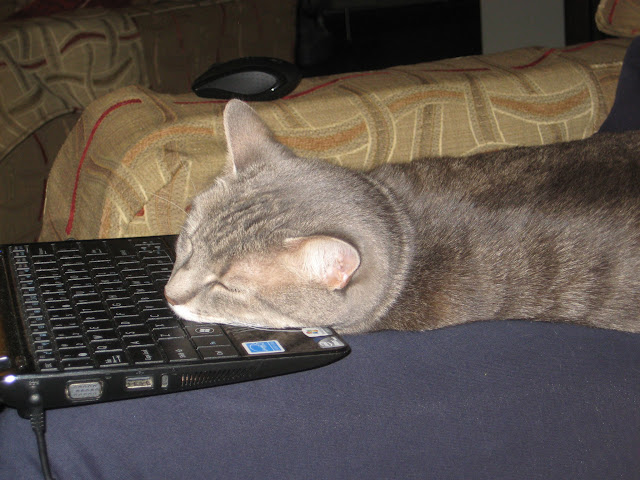 I couldn't leave Poly out. She was sleeping on my keyboard during the Steeler game.

(I ran this morning. There will be a separate post about that.  I was slow. I walked some. I ran less than I should have. I also took about 60 pictures of Poly but won't link them all here.)
at 7:44 PM