Sunday = Long run day. This usually means North Park because otherwise I will cut my run short.  Well I drove 15 minutes there to see it was packed and there was some Walk going on. I drove home and went to the track. 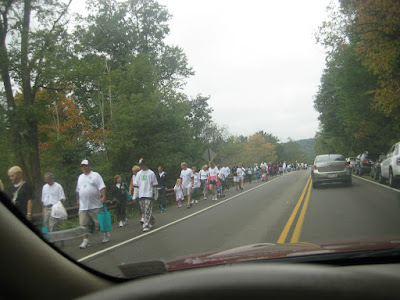 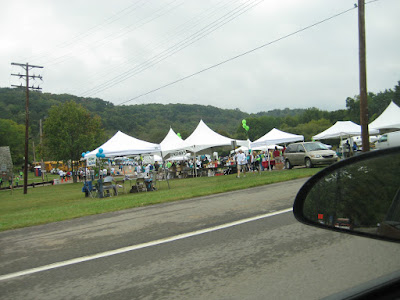 I didn't do too bad overall. I started slower than my normal start. I know this is because of the race yesterday. In my head I was factoring this in and came up with my goals for all the miles while I was running the warm-up.

There were only a few people at the track. They left by the time I was done. There were 3 people practicing soccer on the field for the last 40 minutes of my run. I had to keep my eye out in case they missed the goal and a ball came flying at me. The closest one got was about a foot away. Usually they kept their eye out when I was near the net and they waited to kick.   This was my 3rd 7 mile run on the track. Both other ones were last year. This one felt more boring than the last 2. 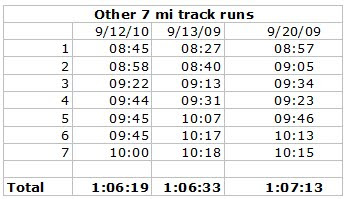 At least today was better than last year. If it wasn't, I'd probably never run again. Mile 4 was worse than both other times. Miles 5, 6, and 7 were all better.  (1, 2, and 3 were better than 1 and slower than the other)

I used to just want to run to get more data to compare. I miss those times.

Update:  I forgot to mention how during mile 5 my arch hurt like how it always does when I end up with a blister.  Well I got one. :( 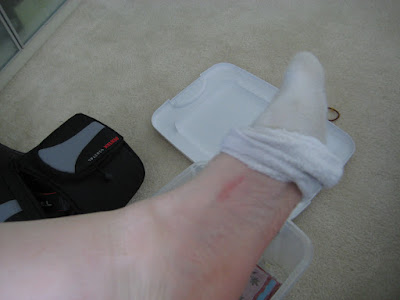